Defense of the Ancients, commonly known as DotA, was the pinnacle of online gaming back in the mid 2000s.

The Philippines, in particular, was a hotspot of DotA's global phenomenon. It captured not only the  interest of the Filipino youth but also their time and dedication, so much so that DotA became a part of  Filipino cyberculture.

But before DotA was charted in every Filipino gamer's history book as the catalyst of local esports competition, the mid-2000s was the climax of the growing Philippine online game scene. DotA was evolving as a foundation for online gaming in the years to come, along with other popular multiplayer games that time.

However, gaming was nothing more than a hobby at computer shops (internet cafes) back then, and the Philippine esports scene was yet to be found.

Only pustahans (betting), either in small tournaments or just for fun, was considered the final level of DotA competitions.

Ronald "Rhom" Robins was just another teenager smitten by DotA and its competitions before.

What started out as a pastime for Rhom and his DotA team, known as Mineski, will unexpectedly trigger  the start of Philippine esports.

Mineski and the early days of Philippine esports

"Mineski started in 2004 when me and my friends were deciding on a hobby we wanted to do," said  Rhom, 11 years later and now known as the "Father of PH esports" as well as the CEO of Mineski Franchise Corporation.

"During those times, we just played casually because we had nothing to worry about," he said in a 2015 Mineski-produced documentary titled Dekada. 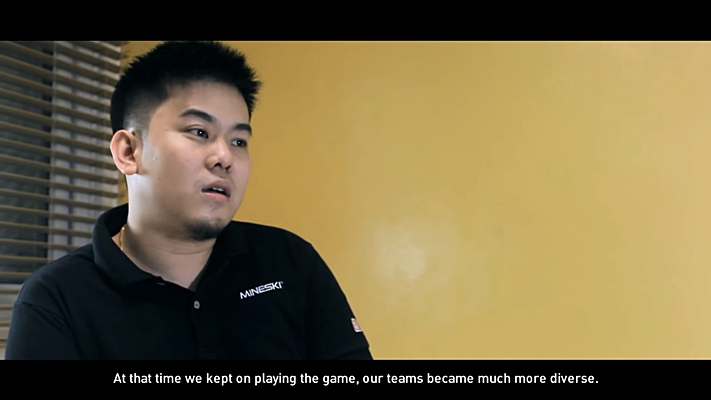 According to Rhom, they first joined a DotA tournament in a local computer shop close to their university after learning that they will be competing with a team from their rival school.

"When we first joined our tournament, we obviously didn't have any experience," Rhom narrated. "On  the first day, we beat a team named 129, they were based in Katipunan. Atenistas with Korean members."

They managed to beat the opposing team despite lacking any competitive experience in playing DotA tournaments, although being a small one, to the surprise of everyone present. As it turns out, the guys that Mineski defeated were the tournament champions from the other day.

"We beat them in the first round of our very first match together. Then I thought to myself, 'Man, things  worked out well here, I think we have a shot in this field,'" Rhom said.

In the past, esports competitions here in the country were either too little or had a really low prize pool.  P20,000-P30,000 (around $500) as cash prize would be enough for a team to join, based on an interview  with Joebert "Gariath" Yu, CEO of Gariath concepts and the shopkeeper who refereed the first tournament of Mineski back then.

He said that the relatively small cash prize was not the sole reason why teams from far and wide participated in battles, but because of the lack of tournaments.

"I can say that, in the past, it wasn't about money. More like the recognition they got from beating a good or great team," Yu said.

Gaming was an "expensive hobby" for Mineski, but they still joined tournaments. Being crowned champions was enough for them, and the prize money was incidental.

"There were no sponsors, there was no support. We didn't even have our own gaming gear back then," said Mineski's "Holyman," now Attorney Carlos Mangco, friend and fellow teammate of Rhom from the  glory days.

"We just relied on whatever mouse, monitor, and keyboard the computer shops had during that time," he added.

Progressing in tournaments and constant team practice took its toll on the team. They had no financial  support or funds and were all on their own as student gamers.

As a compromise to the difficulty they were facing, Rhom brought the team to his house where his parents' office was.

According to Holyman, there were lots of computers at Rhom's – computers used for accounting and inventory. 5:00 p.m. marked the end of business for the day, and that's when Mineski came down to the office and play.

"It really looked ridiculous because we had files, folders, and records beside us while we were playing DotA," said Holyman.

Their hard work and practice, and their frequent exposure to tournaments eventually paid off. They got their biggest break as a team when they beat rivals Team Flow at the  World Cybergames 2008 PH Qualifiers.

However, the World Cybergames only had a prize pool of P30,000 versus Mineski's growing members and also their growing expenses.

"We were still staying in the house even as champions," Rhom said.

Rhom's parents also disapproved of him playing DotA, and they considered him an outcast with nothing to gain from everything he and his team were working for.

"When they said those words to me, I got motivated," he said. "I made it to a point where I would prove everybody wrong."

The start of the Mineski franchise 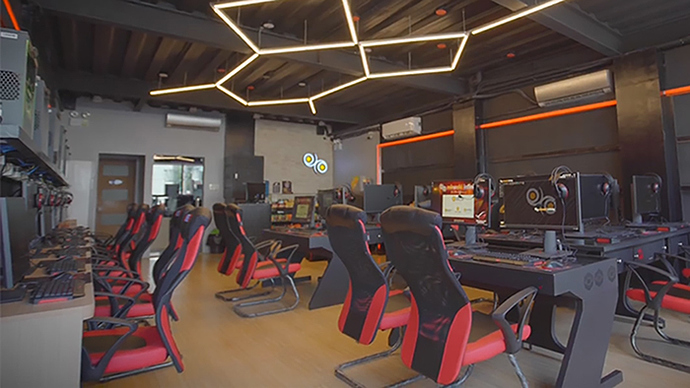 Internet cafes in the Philippines back then were limited to 12-hour business hours. The Mineski team were only students at the time, and school came first amongst other things such as DotA. This curfew meant they had to practice at 9:00 p.m. for their DotA tournaments the following day.

They asked the owner of the internet cafe where they were playing to extend their operating hours to 1:00 a.m. To their surprise, the café owner, who was their sponsor at the time, logged them out at around 12 midnight, telling them to just come back tomorrow.

"During that time, I told myself, 'this is really hard,'" Rhom recalled. "As a gamer, you can’t really control your time well especially if you have responsibilities during the day. So, we mostly do extended efforts during the nights, and most people play during these times as they have just gotten off of work."

That was when Rhom got the idea of opening a 24-hour internet cafe where gamers such as themselves could practice well without interruption.

Through loans, Rhom and his friends partnered to set up Mineski Grounds, the first ever 24-hour internet cafe in the Philippines. They took a risk, knowing the consequences could cost them unpayable debts.

In May 2008, the pioneer gaming cybercafe came to life. The first of what would eventually become a string of Mineski cyber cafes present today.

With a vision to launch and further empower the current esports sector in the Philippines, Mineski, with Rhom at the helm, commenced in their mission to pave the way for gamers in the country by providing the best gaming environment possible.

Mineski, as a corporation, was one step ahead on how to be successful in the long run. They conducted tournaments in their newly-opened cybercafe, with Mineski members acting as marshals.

"We want everybody to develop alongside us. In the Philippines, we were known as the only strong esports team," Rhom said. "But outside, we struggled a lot."

Thinking of ways to increase the impact of esports in the country, Rhom tapped fellow Mineski member Marlon "Lon" Marcelo and asked him if he could be an events organizer for Mineski.

"Rhom thought that if no one was to organize events, it would be hard for esports to boom. So, he approached me and said, 'Lon, think you can be an events organizer?'" Lon recalled.

Responsibility demands sacrifice, and in order to reach the goal of uplifting Philippine esports, Rhom and Lon stepped down from playing DotA to work in the sidelines.

With their joint efforts, along with the massive help from fellow gamer volunteers who facilitated every event held by the team, Mineski’s Events Team was born. With this new branch, along with the whole business tree of Mineski, Rhom and his team continued stepping up and have now achieved the success they only talked about before.

Since their foundation 16 years ago,  Mineski has since bagged numerous awards and achievements both in gaming and in business, and has grown into what Rhom and his team envisioned from the beginning: being the pioneer of esports in the Philippines and recognized as one of the largest esports organization in the whole of Southeast Asia.

"Esports could have died simply 5-6 years ago if I hadn't (done) what I thought was right," says Rhom.