After 17 long years, the cast of Friends reunited for a special reunion—and guest stars Cara Delevigne and Maggie Wheeler were able to capture some of the best behind-the-scenes photos!

‘Friends: The Reunion’ special—‘The One Where HBO Crashed’

The reunion special also included a mini fashion show with Delevingne, Justin Bieber, and Cindy Crawford, who all wore some of the most iconic outfits from the show, including Rachel's pink dress, Ross' Spudnik costume, Ross' leather pants, and Ross' Holiday Armadillo costume.

David Beckham, Kit Harington, Mindy Kaling, Malala Yousafzai, and BTS also made an appearance sharing their best memories of the hit sitcom. Lady Gaga was also present and sang a duet of Smelly Cat with Kudrow.

And in another post, Wheeler aka Janice also shared a photo with her female co-stars, actress Andrea Bendewald, and film producers Kristin Hahn and Aleen Keshishian.

Friends ran for 10 seasons on NBC from 1994 to 2004. This was the first time since the public saw the six actors together in a show.

For more photos, check out the gallery below. 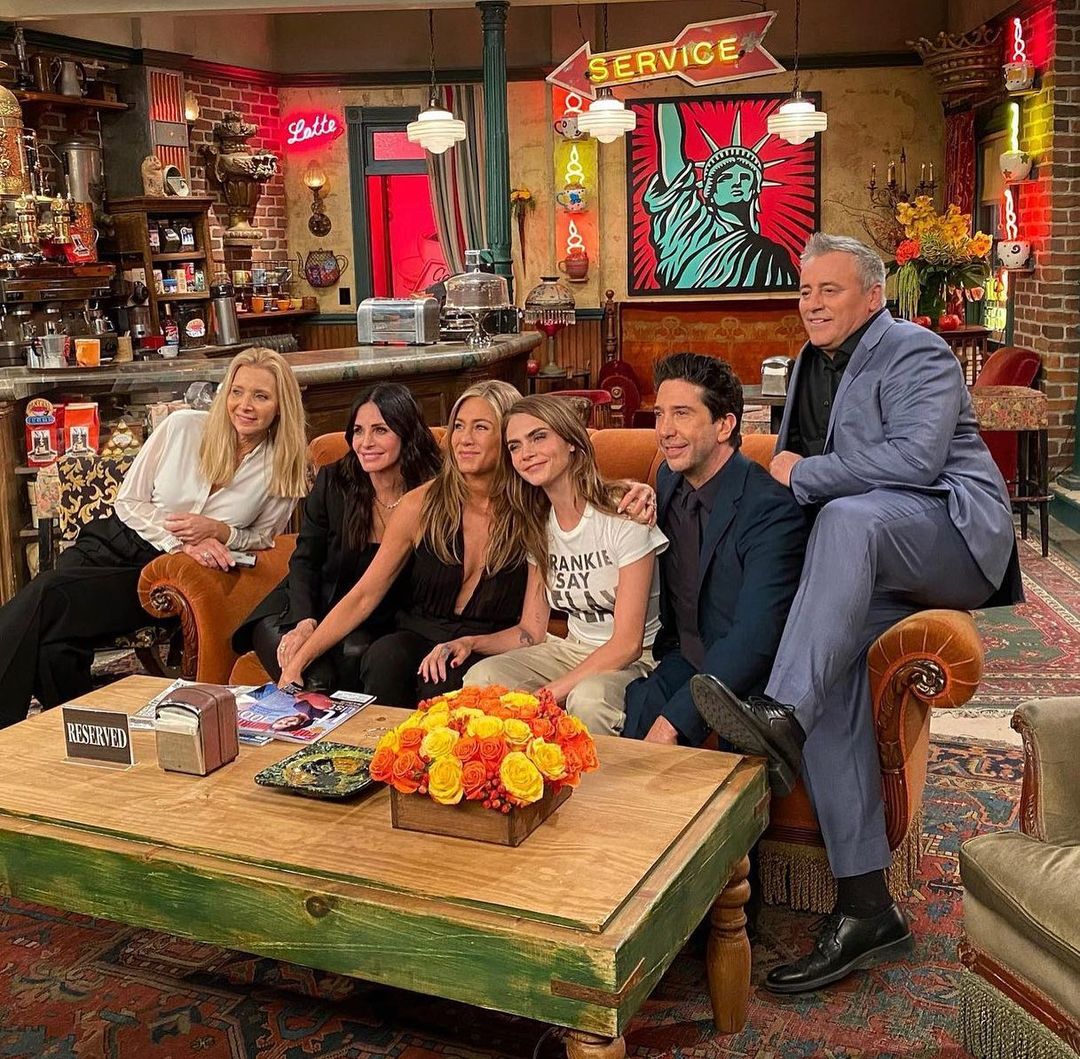 Cara Delevingne with the "Friends" cast 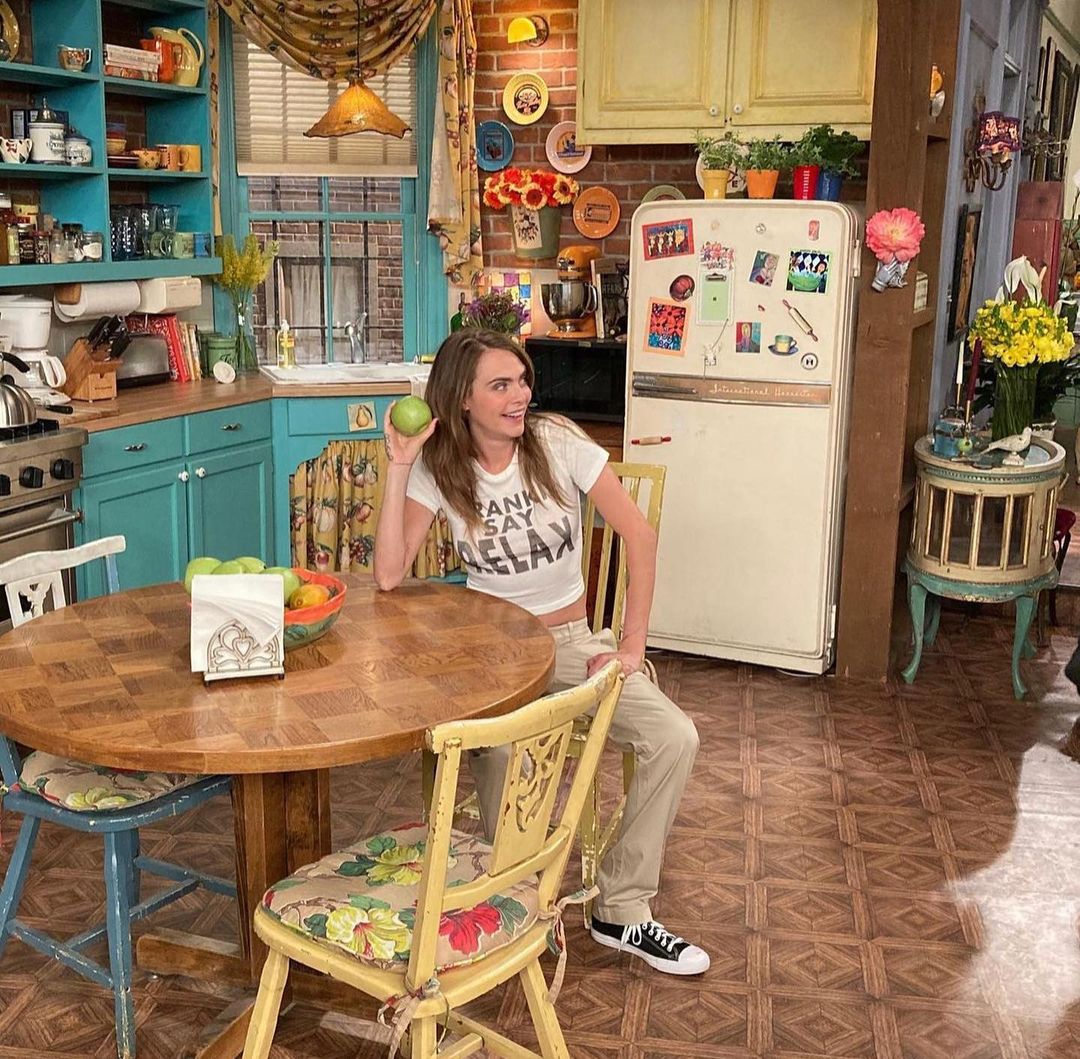 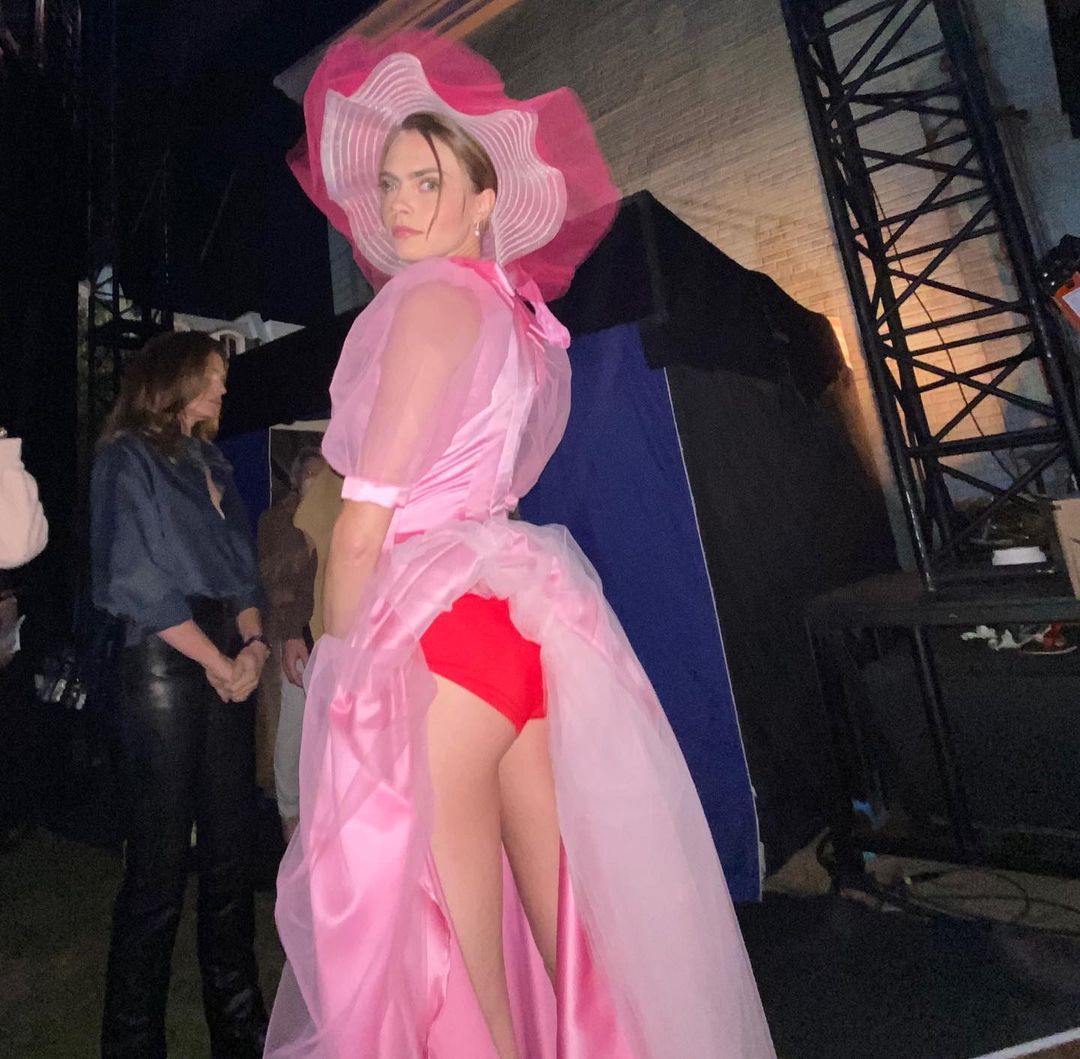 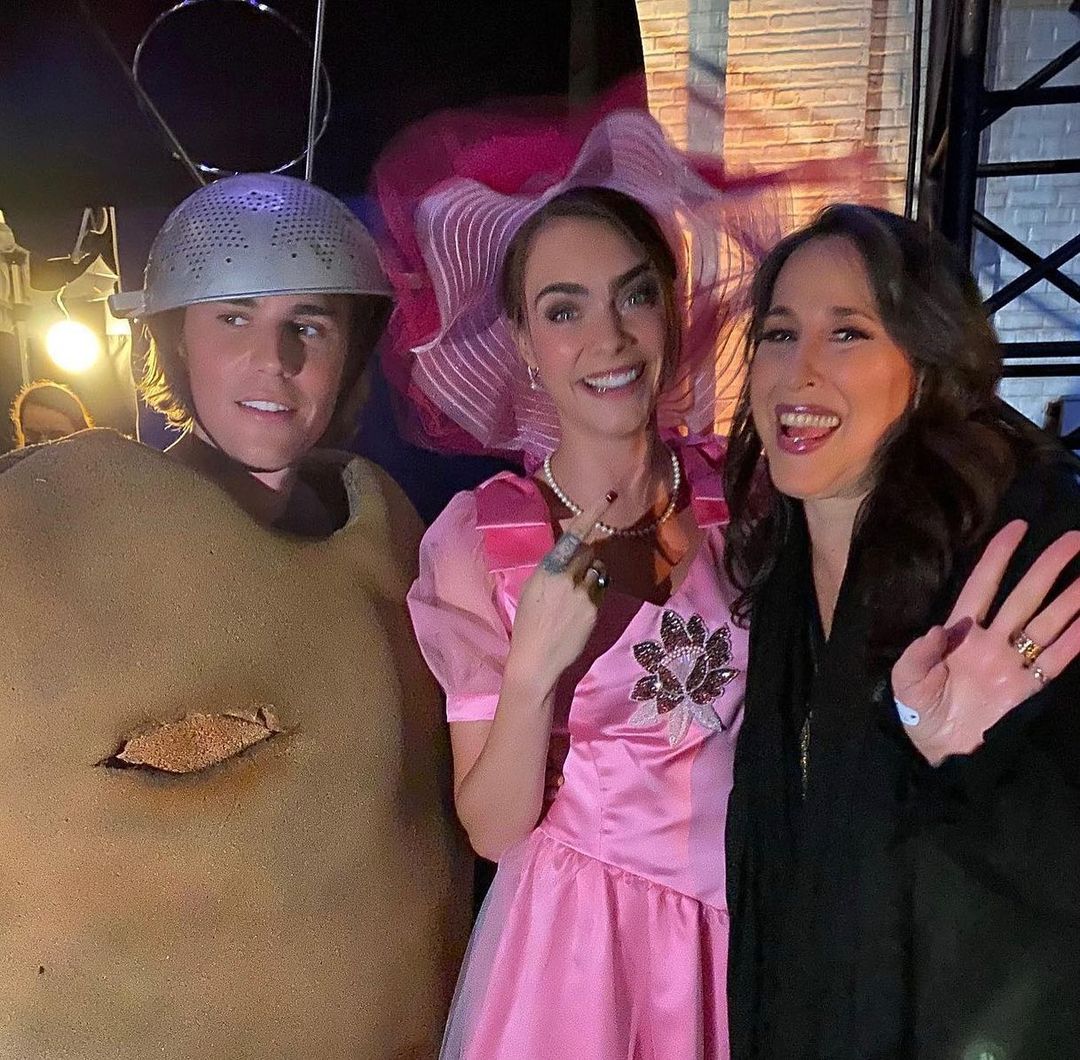 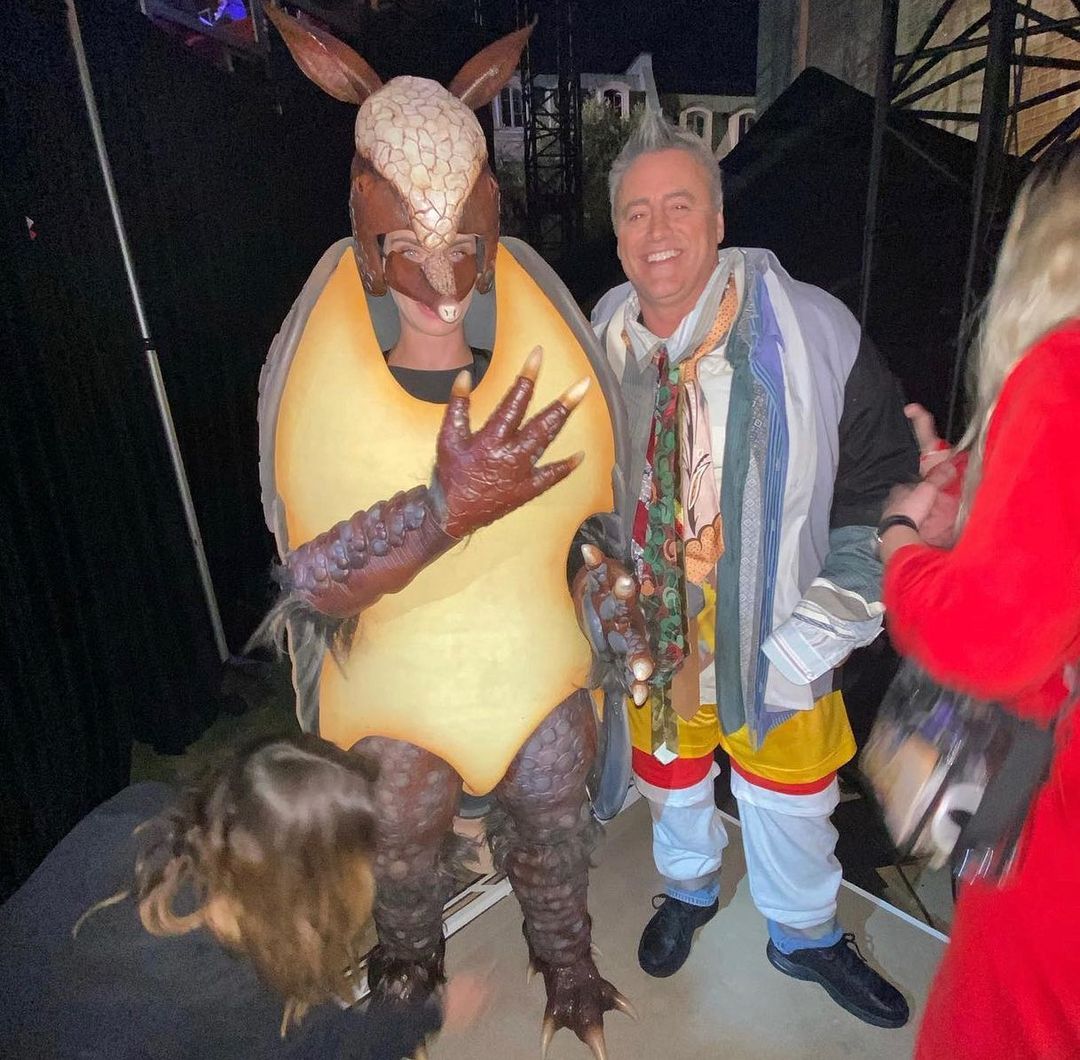 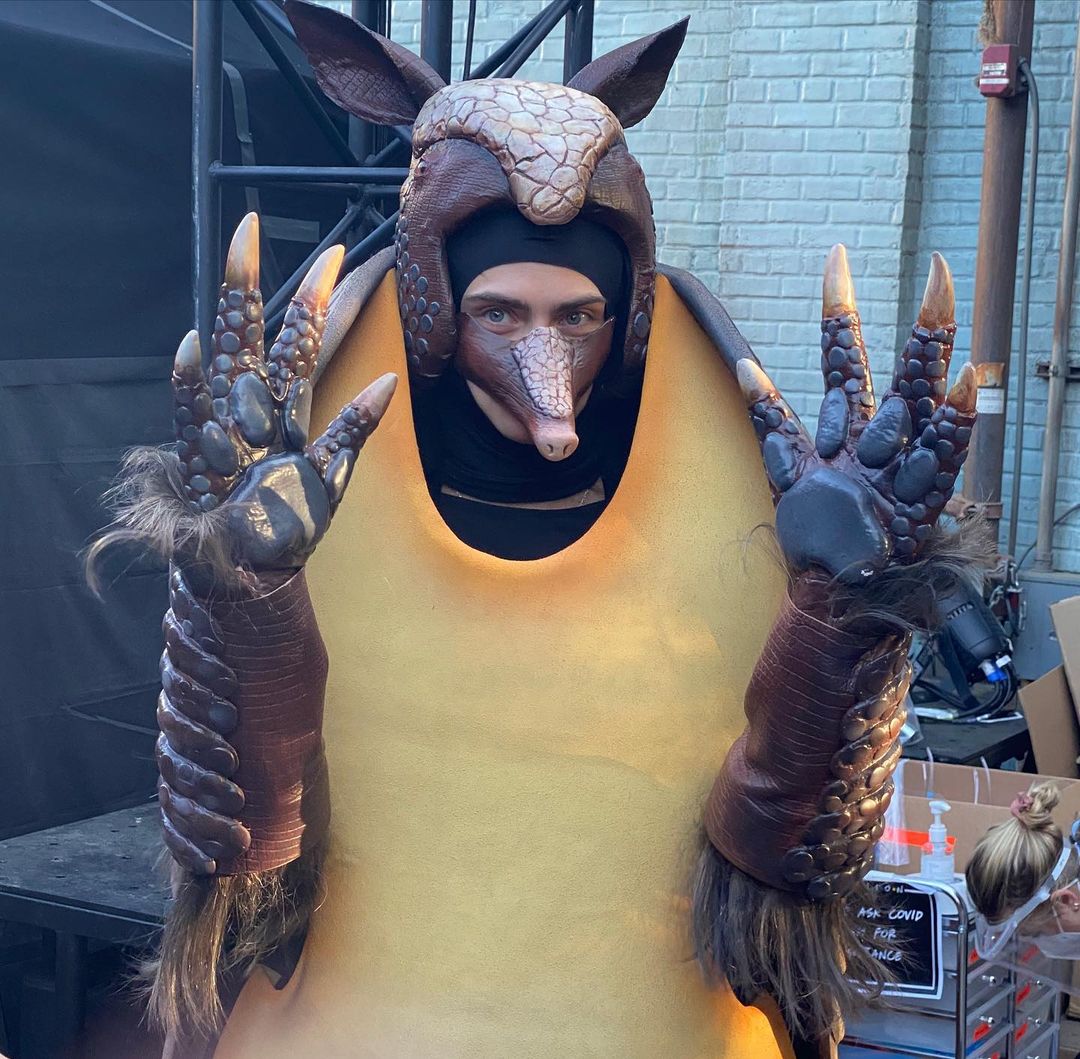 Cara in a Holiday Armadillo costume. 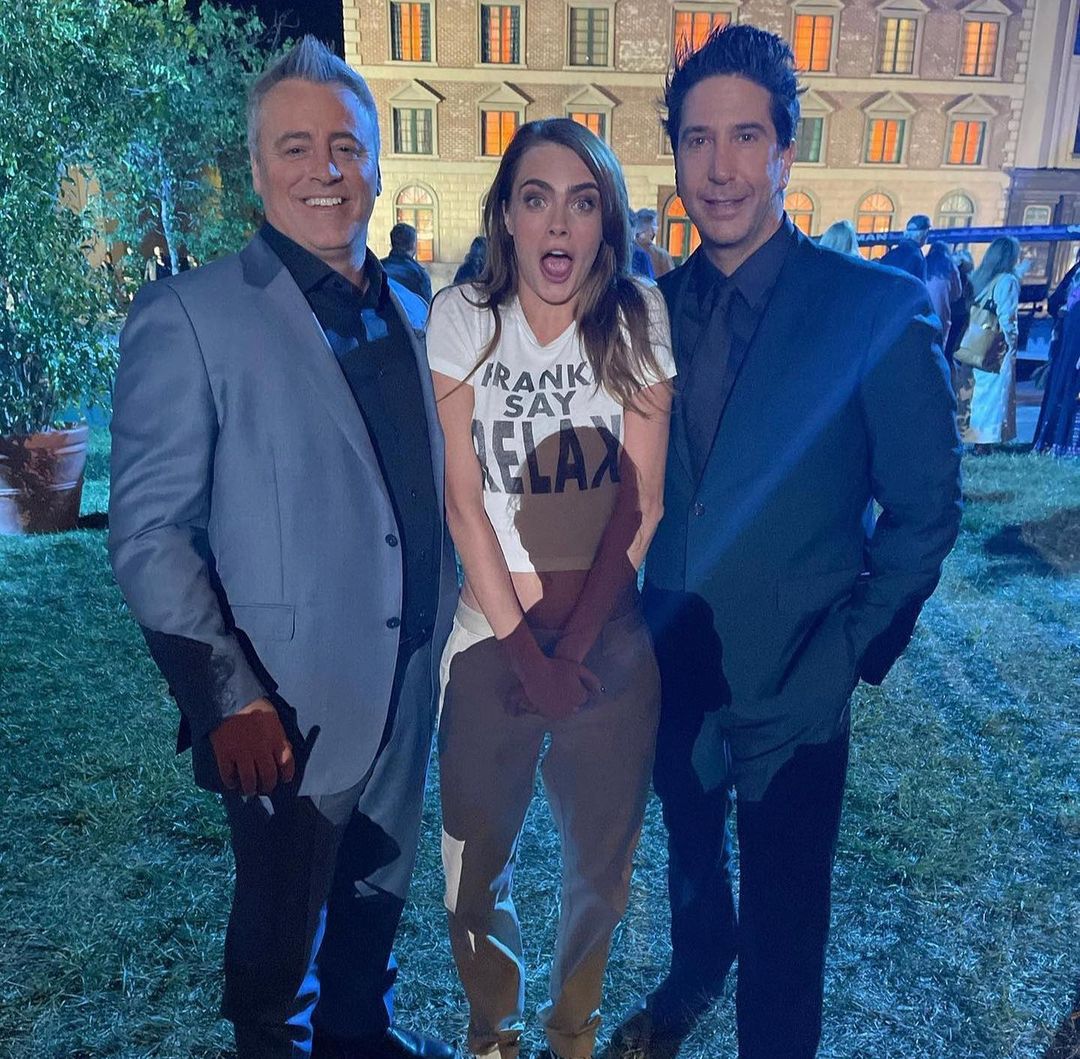 Cara Delevingne with the "Friends" cast

Cara in a Holiday Armadillo costume.