Pokémon GO players can look forward to welcoming the new year in style, at least virtually.

The popular augmented reality mobile game is reportedly teaming up with Gucci and The North Face for an in-game clothing collaboration that will let trainers show off their 1970s style.

News of The Pokémon Company's involvement was announced days after the two brands revealed the official The North Face x Gucci collection by Alessandro Michele.

Italian brand Gucci is popularly known for their luxury handbags, shoes, and accessories, while The North Face is a leading provider of rugged clothing and gear made for those who want to brave the great outdoors. The '70s-inspired The North Face x Gucci collection includes vintage-styled outerwear such as coats, quilted jackets, windbreakers, and vests, as well as clothing like shirts, skirts, and jumpsuits, for women and men.

The Italian fashion house teased the upcoming collaboration by tweeting an image of a flag featuring the Pokémon GO logo attached to a pole with a The North Face x Gucci tent, and the caption: "Coming soon on @PokemonGoApp" along with the hasthag #TheNorthFacexGucci. 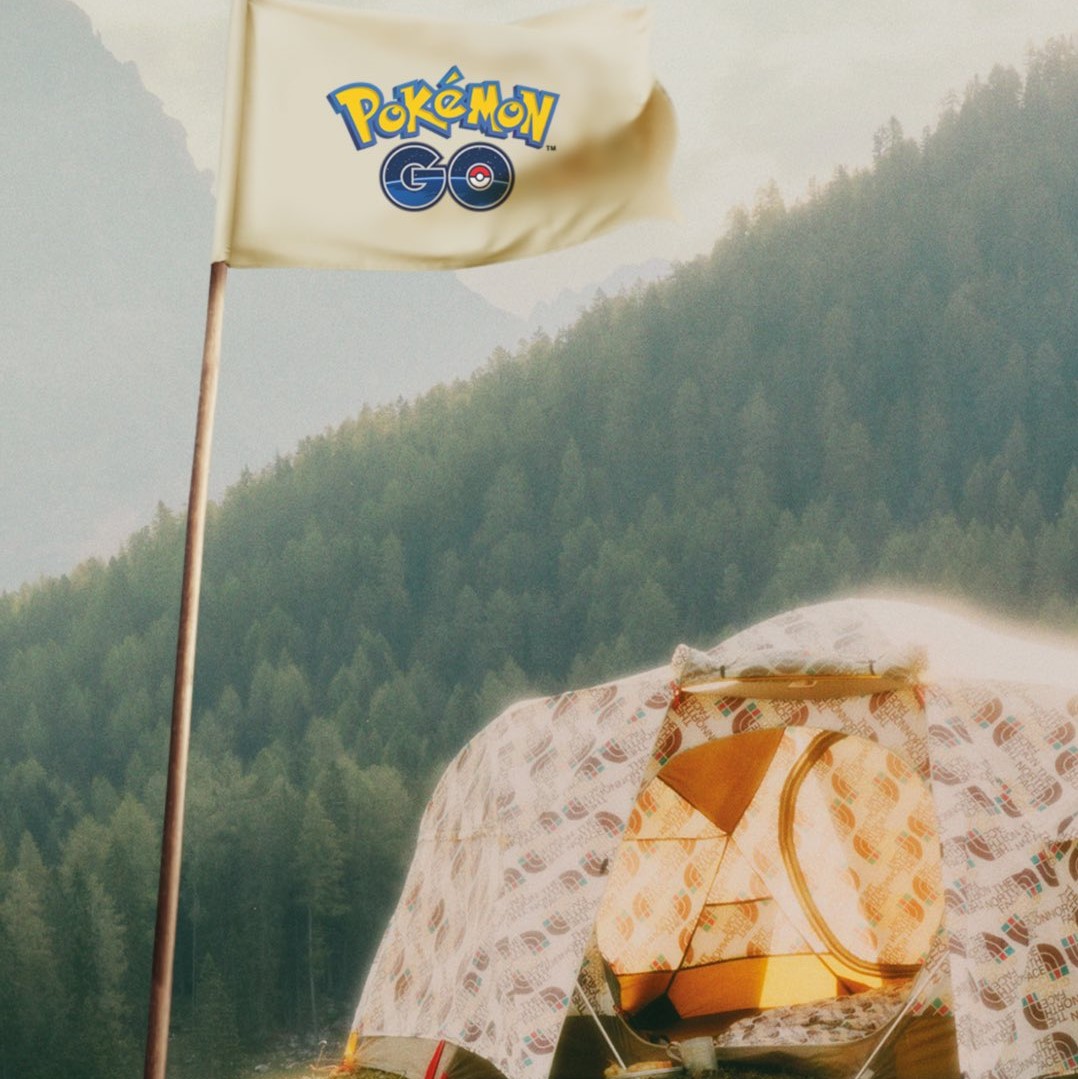 As seen in the video ad above, the clothing line is full of bright colors and floral prints, meant to "celebrate the spirit of exploration," which is very much in line with the spirit of Pokémon GO. Many of the items, backpacks, handbags, and tents also look like they belong in a comical animated cartoon or video game rather than be used for actual camping and outdoor activities.

While no details are included in the post, some past in-game events provide hints as to what’s in store for players, as reported by CBR.com.

Last May, the mobile monster collection game teamed up with Japanese clothing company Uniqlo to place Pokémon-themed designs of their own into the in-game clothing shop.

Based on that previous collaboration, it's expected that Pokémon GO players will see apparel and accessory items featuring elements from the Pokémon franchise while channeling the luxury outdoor camping styling of The North Face x Gucci collaboration.

There’s no release date on when the in-game clothing will arrive, but the real life clothing collection is expected to launch in China on Dec. 29 and around the world in the first weeks of January.

(Thumbnail photo via Gucci, banner image from The Gamer.com)