Elliot Page has graced the cover of Time's March-April issue, serving as the first transgender man to appear on the cover in the magazine’s 100-year history.

‘The Umbrella Academy’ star Elliot Page reveals: ‘I am trans’

In the feature titled “Elliot Page is Ready For This Moment,” the actor reflects on his lifelong “complicated journey” of stepping into who he is.

Sharing with writer Kary Steinmetz, Page shared that he felt “discomfort” while portraying his popular roles in Juno, Inception, and X-Men, as he's  always  “felt like a boy.”

“I wanted to be a boy. I would ask my mom if I could be someday," he shared.

Coming out as gay in 2014, he explained that “the difference in how I felt before coming out as gay to after was massive. But did the discomfort in my body ever go away? No, no, no, no.” 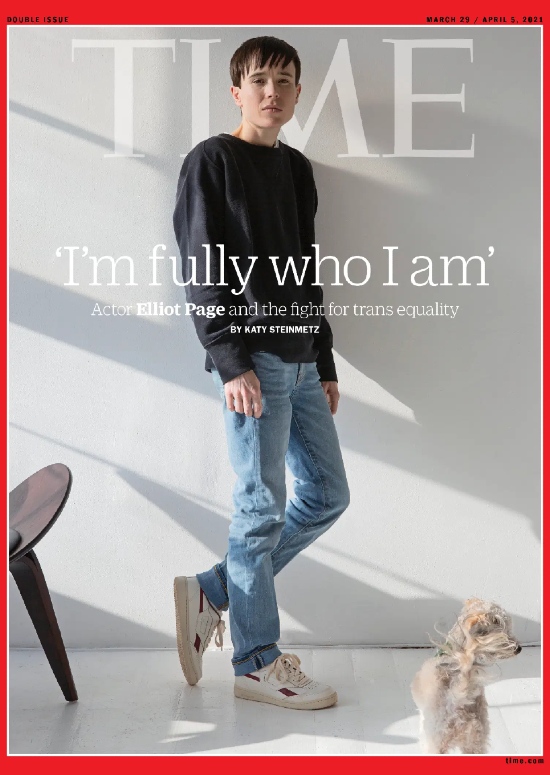 “What I was anticipating was a lot of support and love and a massive amount of hatred and transphobia," he shared on his expectations after publicly coming out as trans.  “That’s essentially what happened.”

The 34-year-old came out as “Elliot” in December 2020, announcing that his pronouns are he/they.

Page is second to transwoman Laverne Cox to be part of the trans community featured on the cover of Time.