Often referred to as a “healing drama,” Hospital Playlist is a slice-of-life drama that highlights the ordinary, yet special everyday lives of doctors and nurses working at Yulje Medical Center. The drama premiered in March of 2020 and instantly became a favorite among local and international K-Drama fans, thanks to its comforting and hopeful way of storytelling, something we all definitely needed at the time.

As we count down to the Season 2 premiere, here’s a quick look back at Season 1 and a rundown of things you might have missed!

What K-Drama fan doesn’t love a good cameo every now and then? Hospital Playlist had loads of them, and we’re inclined to believe we’ll be seeing more once the new season drops. Here are some of my favorite Season 1 cameos:

In Episode 1, pediatric surgeon Ahn Jeongwon (Yoo Yeonseok) attends to a child named Minyoung, whose mother (Yeom Hyeran) insists the other doctors have been neglecting her. Yeom Hyeran is a seasoned actress whom we last saw as the demon-fighting Chu Maeok in Uncanny Counter.

Yang Seokhyeong (Yoo Daemyung), an assistant professor of obstetrics and gynecology, encounters an overeager father-to-be (Yoon Byunghee) who asks if he could sing to his wife in the delivery room. Vincenzo fans will immediately recognize Yoon Byunghee as the loyal and hilarious Nam Joosung of Jipuragi Law Firm.

Fans of the Reply series (Reply 1997, Reply 1988, and Reply 1994) fans must have had a blast seeing some of their favorite Reply cast members popping in and out of Hospital Playlist as well. Reply 1988’s Sung Dongil and Kim Sungkyun both appear in Episode 1 as Jeongwon’s elder brothers, while Kim Sunyoung appears in Episode 7 as Lee Ikjun’s (Jo Jongseok) patient, together with Choi Moosung.

These are but a few of the many cameos we’ve seen in Season 1. Which ones were your favorite?

No one watches Hospital Playlist and survives without having any kind of Korean dish at least once. And it’s not just because the food looks delicious on screen, not really, since we didn’t usually get majestic food shots in this drama. There was just something about seeing Ikjun, Songhwa, Junwan, Jeongwon, and Seokhyeong enjoying meals together (with a side of bickering and laughter) that made us yearn for that kind of comfort again.

But did you know that to be able to perfect the 5-minute kalguksu dinner scene in Episode 2, the cast had to shoot for eight long hours?

There were a lot of things happening in this scene: glasses were filled, dishes were served, conversations (in person and on the phone) were had. It’s a pretty realistic scenario only made possible by the meticulous writing, staging, and execution by the entire team.

Take a look at how they shot this dinner scene in this behind-the-scenes clip:

What do you mean there’s CGI?

Many viewers assume that dramas or movies set in the present don’t usually require the use of visual effects or computer-generated images, but guess what? Sometimes, they do! It’s just easier to miss these details because they’re integrated into the scene so seamlessly, we often immediately assume they’re real.

Take the following scenes, for example:

In Episode 1, the daughter of Songhwa’s (Jeon Mido) patient pours her heart out to Songhwa while they have a conversation inside a glass elevator. Because filming something against reflective surfaces can be tricky, putting a green screen behind the actors and editing their surroundings in post was a pretty neat solution.

One of the child actors who appeared in Episode 3 had lost one of his front teeth sometime between his first and last filming days, so the visual effects team had to get creative.

In Episode 5, A child abuse suspect tries to escape interrogation and runs away from the ER, but General Surgery resident Jang Gyeoul (Shin Hyunbin) chases after him. After much struggle, Songhwa offers a helping hand by throwing an empty water container at him. Check out how they shot that scene here.

While it’s true that CGI makes things easy to tweak for aesthetic purposes, there was one thing that Hospital Playlist didn’t need it for the band’s musical performances.

The band plays Met You By Chance in front of Jeongwon’s mom, Rosa, and Yulje Foundation President, Joo Jongsoo.

Each new song introduced in the drama was used to indicate the passage of time and highlighted the triumphs and losses the characters had to go through.

One of the most challenging songs in the line up was the rock band version of Pachelbel’s Canon, which took them 100 days to perfect. An impressive feat, considering most of the cast members weren’t previously adept at playing musical instruments.

The Hospital Playlist team put together this hilarious yet inspiring 40-minute video documenting the band’s progress from zero to 180 beats per minute:

Outside the drama, the main cast has formed a solid bond with each other, going so far as creating a group chat of their own and making plans to travel together when travel restrictions become less strict. Fortunately, with the help of famous variety show PD Na Youngseok, the five main cast members were able to enjoy a fun camping trip together.

The best part of all this is everyone got to vicariously enjoy the trip through a six-episode special called Wise Camping Life, which premiered on Channel Full Moon days before Hospital Playlist’s anniversary. Fans who have missed seeing the gang’s chaotic yet friendly dynamic enjoyed the show so much, it now averages up to three million views per episode. 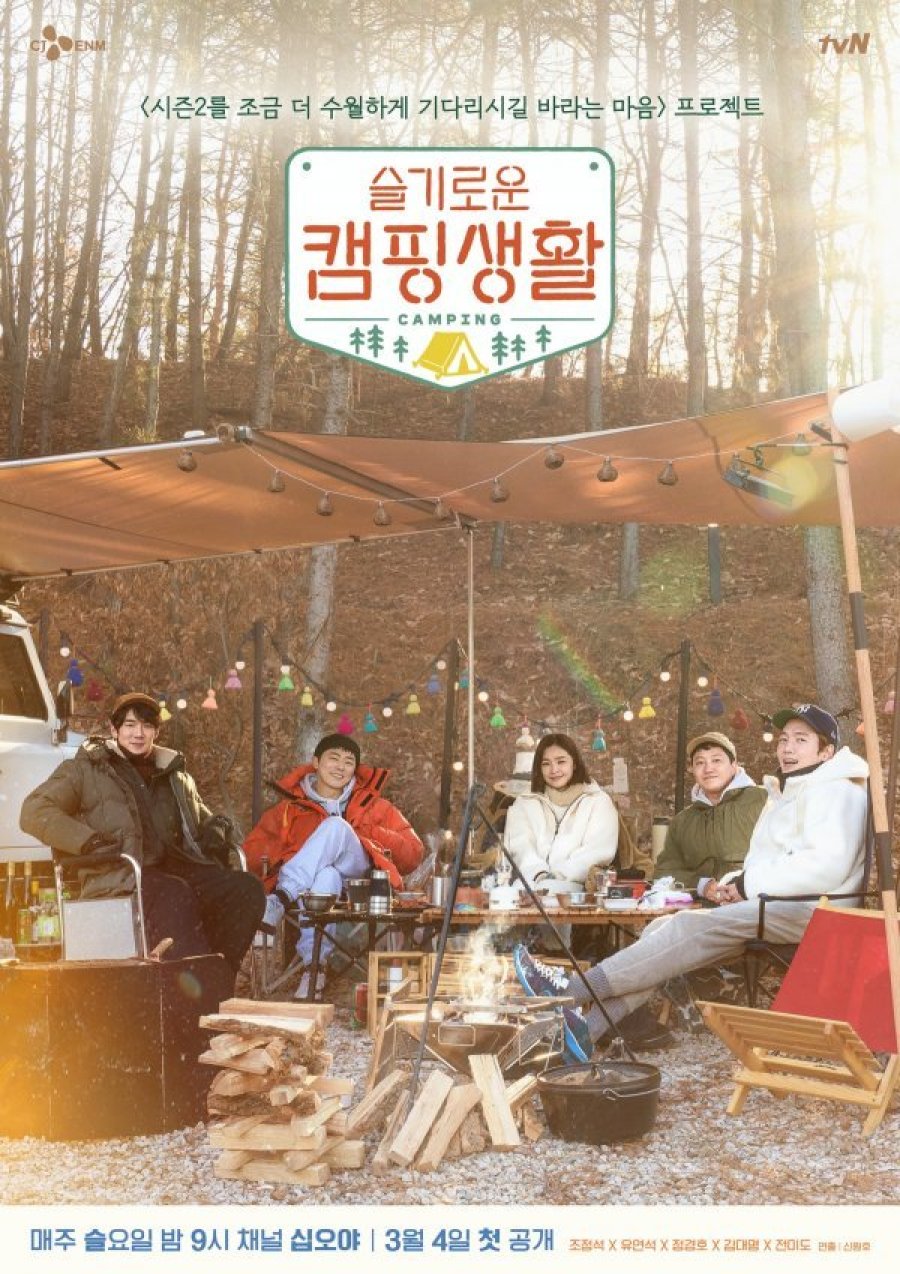 As an added bonus, The Game Caterers also arrived at the camping site and challenged the five friends to play various variety show game staples. All episodes are available in this Channel Full Moon playlist.

I hope that’s enough to keep you busy until Season 2 is released on Netflix! Until then, here’s a first look at Hospital Playlist Season 2!

Tara Frejas is an indie romance author (#romanceclass represent!) who has self-published 12 books so far. She works as a programs manager for an online school and likes watching KDramas after a long day to decompress.