There's no denying that Samsung is a dominant force in the league of smartphones. Last year, the Korean tech giant launched an array of models, including the Galaxy Z Fold 2, the Motorola Razr-contender Galaxy Z Flip and the fan favorite Galaxy S20 FE.

This year, it seems like Samsung is determined to further cement its presence in the global smartphone market following the unveiling of its latest flagship series, the Galaxy S21.

From the get-go, the base model of the series has a stellar Contour Cut camera design that exudes a premium feel in your palm. The back has a matte finish while its metallic frame is pretty much like its predecessors with the power button and volume rocker on the right while the speaker grille, SIM card tray and USB Type-C port are all found on the bottom. And yes, just like last year’s S20 series, Samsung has also dropped the well-loved 3.5 mm headphone jack on the S21, which makes sense since the series no longer ships with headphones anyway. 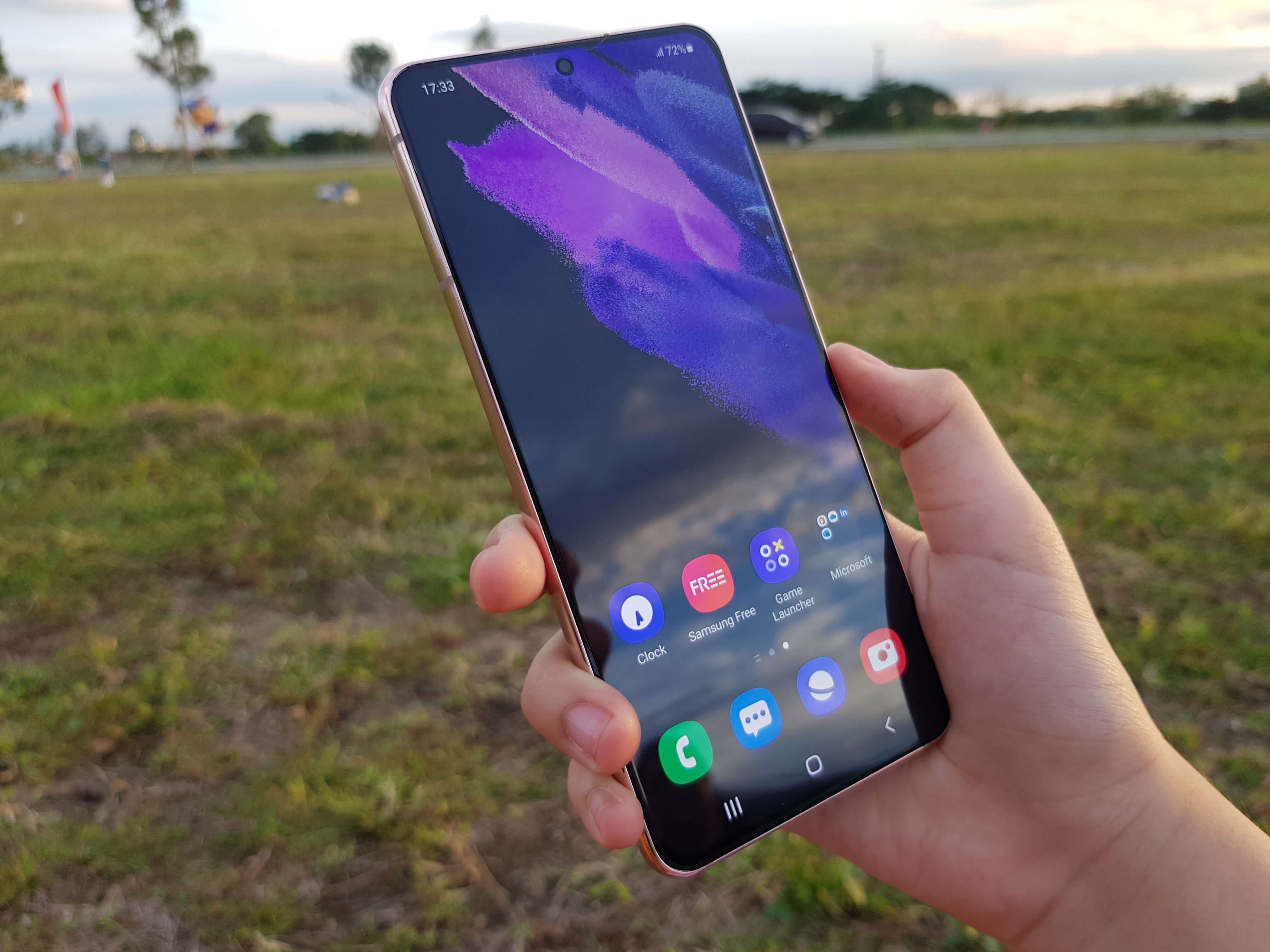 Although the S21 is the smallest of the lot, the device is still fitted with a best-in-class display, providing excellent color accuracy and stunning image quality. Apart from that, the base model is also capable of adjusting its display from 48-120Hz while also optimizing your battery consumption based on the content you’re viewing.

In terms of design, the new flagship series now sports a flat screen display with a petite bezel and a tiny punch hole on the top. To recall, the S21 predecessor featured a bit of a curve on the sides of its screen to complement the metal rails on the edges.

As I’ve mentioned before, the Galaxy S21 comes with the same set of versatile cameras that can be found on the S20 series. Unlike the Ultra variant, which boasts a jaw-dropping 108-megapixel sensor at the back, the S21 has a decent triple camera setup on its rear composed of a 64-megapixel telephoto lens, 12-megapixel wide-angle camera, and 12-megapixel ultrawide camera complemented with a 10-megapixel selfie camera.

Another difference between the Ultra and the S21 is the base model’s telephoto sensor, which only supports hybrid optical 3x zoom and 30x magnification, a far cry from Ultra’s 100x Space Zoom. However, It also comes with an AI-powered image stabilizer called Zoom Lock that minimizes shakiness when taking photos from afar. 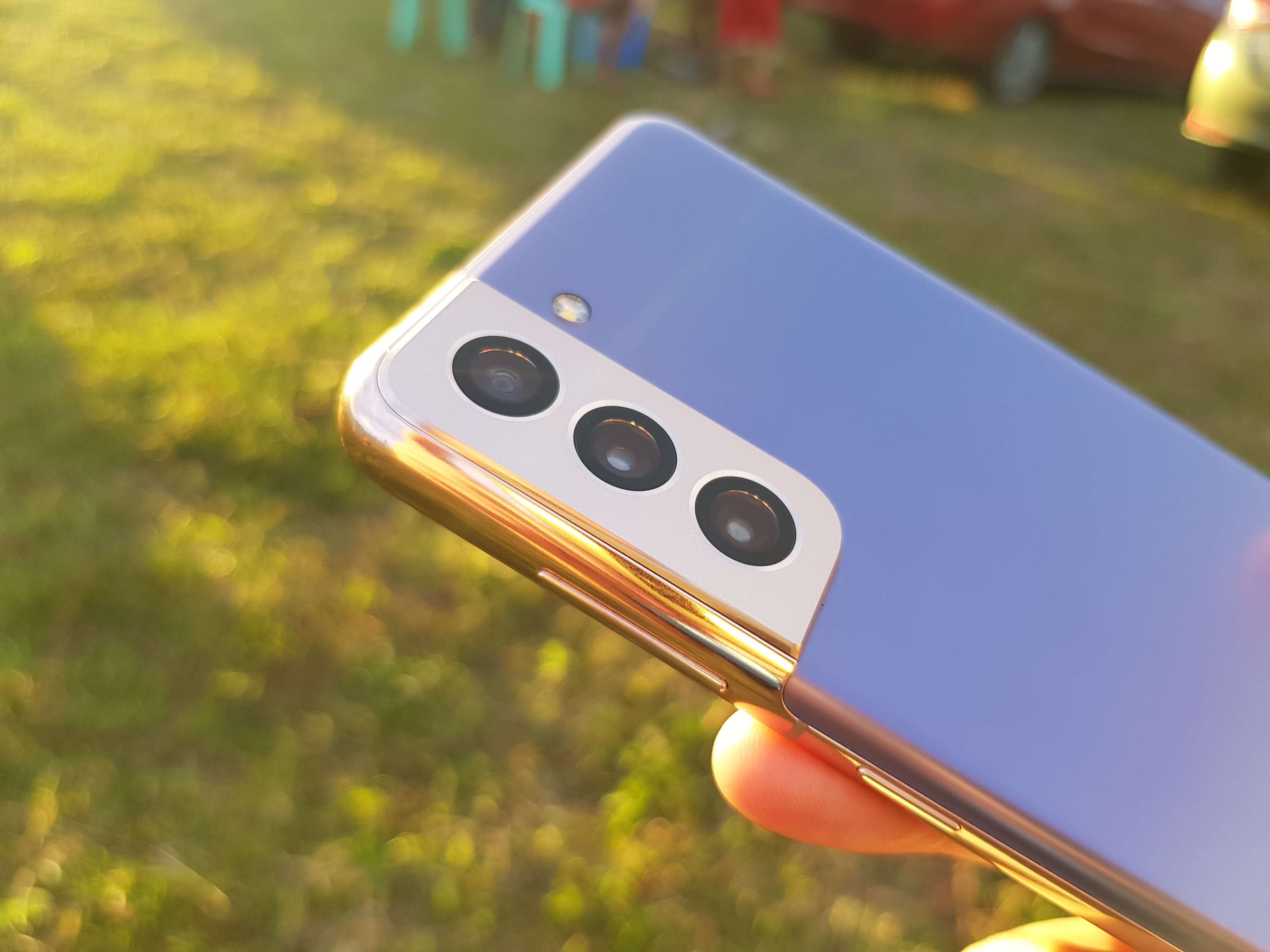 Samsung also enhanced the S21’s Single Take mode, which allows you to take photos and videos simultaneously. Samsung says that it has 5x more AI processing power compared to the S20. Other features include the Cinematic 8K Snap, which enables you to grab a frame from an 8K video recording and turn it into an ultra-high res photo. It also comes with an improved Super Steady feature for capturing HD videos at 60 frames per second.

I can say in all honesty that the Galaxy S21’s cameras are quite remarkable. Images are very impressive. It’s capable of capturing vibrant and sharp photos under well-lit environments or even dark conditions. Autofocus also works wonderfully, as it allows you to easily switch between your subject’s foreground and background.

Powering the Galaxy S21 is a 5nm octa-core processor paired with 8GB of RAM and up to 256GB of internal storage. In terms of performance, the Galaxy S21 is blazingly fast and can handle everything with ease. Its top-of-the-line hardware ensures smooth framerates for  graphically-demanding games like Call of Duty: Mobile and Genshin Impact. 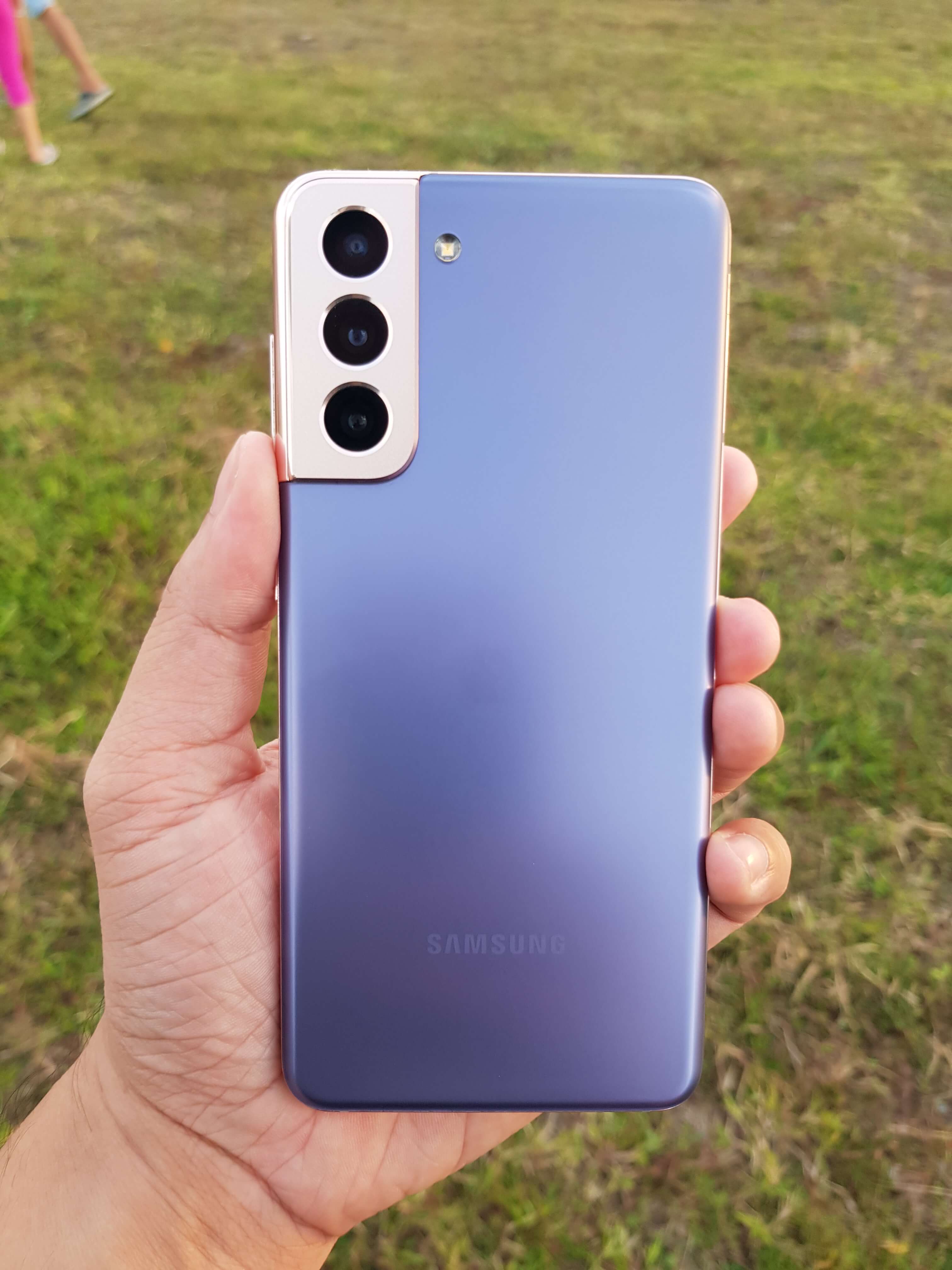 As for battery life, the Galaxy S21 performs just like its predecessor, lasting around the entire day after moderate use. It’s worth mentioning though that battery life will differ if you’re using the device’s high refresh rates and 5G connectivity. Sadly, I wasn’t able to test the latter because there’s no 5G connectivity in our area.

All things considered, the Samsung Galaxy S21 is a feature-packed smartphone that gives you some of the latest innovations under the acclaimed series. Although it has some caveats like the 4,000mAh battery (although it doesn’t feel that way), opting for the Galaxy S21 in lieu of the more expensive S21 Plus and Ultra variants is a logical choice for those who would like to upgrade their phone at a reasonable price.

With its elegant design, stunning display, versatile cameras and capable chipset, the Samsung Galaxy S21 is definitely by far one of the best smartphones available today.

The Galaxy S21 has a price tag of P47,990. Pre-orders for the Galaxy S21 series will be until Jan. 28 and will be available at Samsung.com, authorized Samsung stores, and other Samsung online and telco partners starting Jan. 29.

A Pac-Man live-action movie is in the works

5 things to do this Cyber Month at SM