In today's digital age, kids are more used to tinkering with smartphones and gadgets rather than paper dolls and puppets. But with the ongoing community quarantine, traditional arts and crafts are making a comeback as parents spend more time with their kids and rediscover old hobbies.

The artist shared photos of the articulated paper puppets of the historical figures he designed, which are now available from the arts and crafts shop Papemelroti. The puppets are DIY paper dolls with moving parts that anyone can easily assemble, similar to marionettes used in shadow puppetry traditionally used in theatre, films and television.

NEW! Have fun playing with these original #papemelroti articulated paper puppets! Here's how to make it:⁠ 1. Cut out the various parts⁠ 2. Punch the circle marks to make holes⁠ 3. Use brass fasteners or split pins to put them together⁠ Check out the other designs we have in stores and online ✂️⁠ - ⁠ Philippine Heroes Articulated Paper Puppets (₱99)⁠ shop.papemelroti.com/puppets shopee.ph/papemelroti lazada.com.ph/papemelroti

All crafters have to do is cut out the parts⁠, punch the circle marks to make holes⁠ and use brass fasteners or split pins to put the pieces together⁠. The set of Philippine Heroes Articulated Paper Puppets are priced at just P99 each and are available on Papemelroti's online shop as well as online shops in Lazada and Shopee.

Aside from puppet figures of Rizal and Luna, the artist also has other designs including Filipiniana kids garbed in traditional attire along with a kalesa, the mythical unicorn, and a set of iconic artists from around the world including Pablo Picasso, Frida Khalo, Yayoi Kusama, Salvador Dali, Vincent Van Gogh, and Andy Wharol. 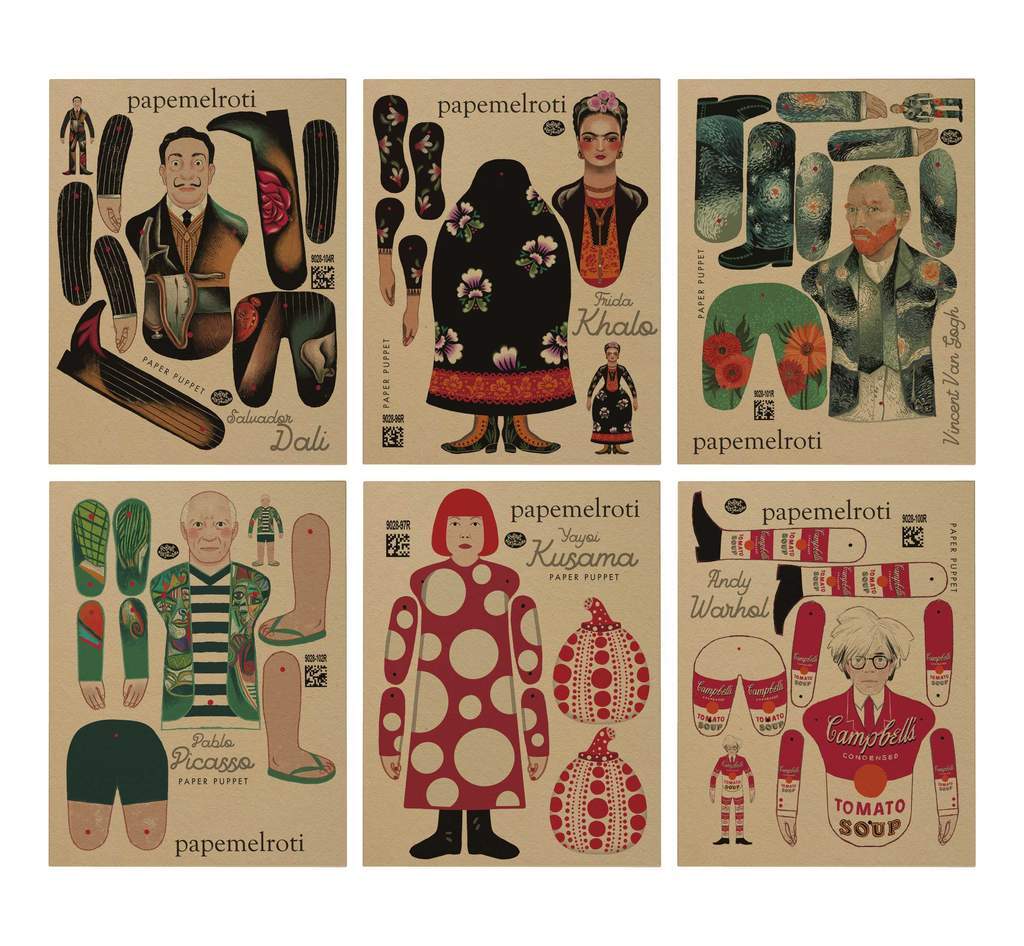 The paper crafts, along with other offerings of Papemelroti, offer affordable, unique locally-made and eco-friendly gifts this coming Christmas season. The artist hopes the crafts will rekindle Filipino’s fascination with puppets once again.

Throughout the COVID-19 lockdown period, the former host of early 2000's children’s television show Art Is-Kool "Kuya Robert" has been conducting a series of free online art workshops on Facebook Live to encourage people to learn art skills while staying at home and spread positive vibes, to the delight of parents and kids around the country. Some episodes are viewable on the artist’s YouTube channel.