It's official. Sony has confirmed the rumors that they will be closing the digital stores for the PlayStation 3 (PS3) console and handheld gaming devices PlayStation Portable (PSP) and PlayStation Vita (PS Vita) starting this year.

The video game giant confirmed the closure in an update to the section “Important notices regarding Playstation Products and services” posted on the PlayStation support page, titled "PS3, PS Vita and PSP PlayStation Store closure."

The notice states that the digital store will close for PS3 consoles on July 2, 2021 along with the remaining purchase functionality for the PSP. For PS Vita owners, the store closure occurs on August 27, offering users a little more time to grab some new games. 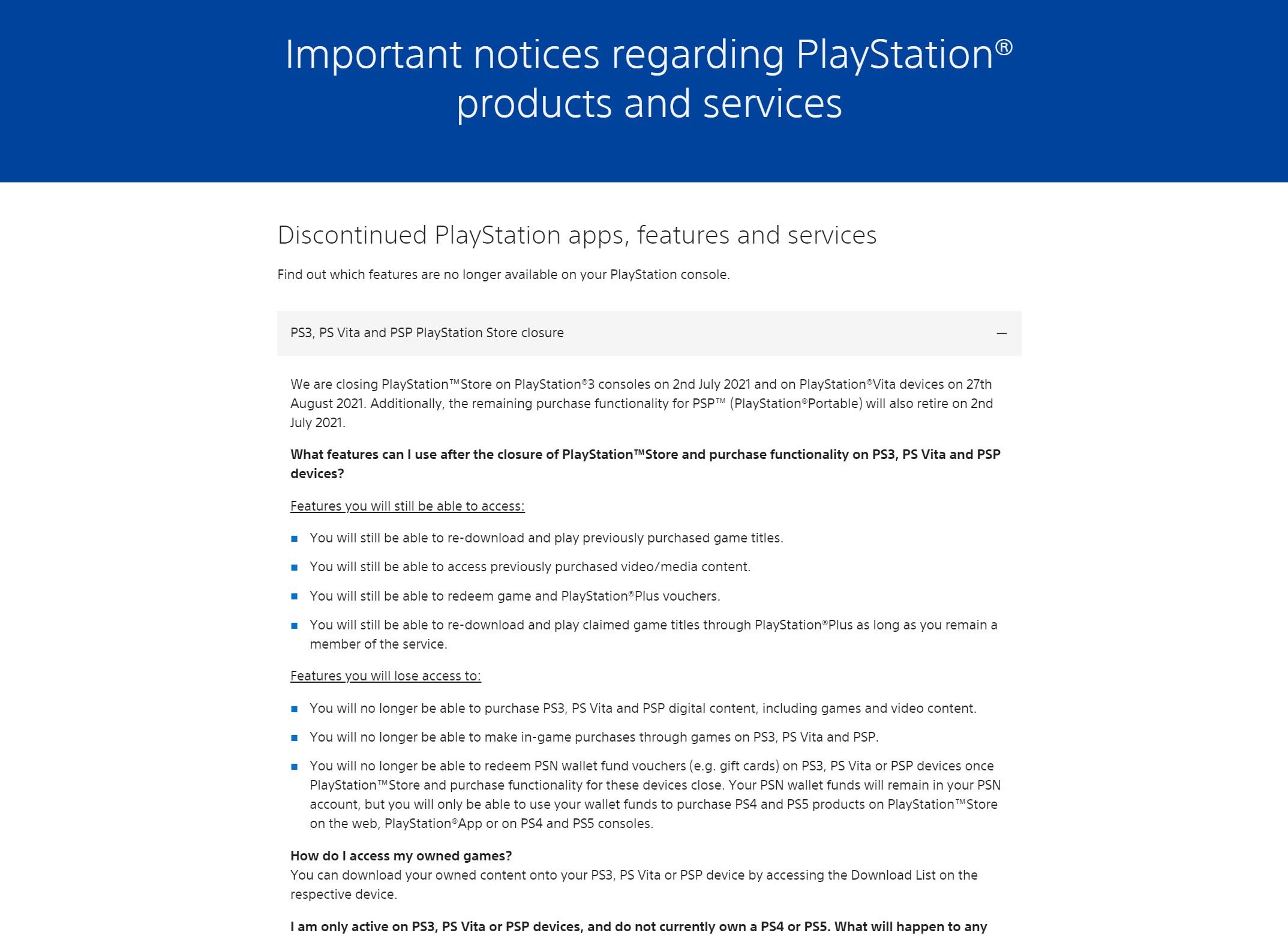 After these dates, no new purchases will be possible, including in-game purchases such as DLC games and video content. Any PSN Wallet funds will remain, but can only be used for PS4 and PS5 products.

While downloading new games will no longer be possible, it’s not officially game over for owners of the three devices.

Just in case you’re still holding on to your PS3 released in 2006, PS Vita released in 2011, or PSP released in 2004, and the devices still work, you still have a couple of months to buy any games from PlayStation’s digital library before it officially closes in July to August this year.

The PS3 was the first PlayStation to integrate social gaming services, including the PlayStation Network, and allowed users to access downloadable content through the PlayStation Store. The closure of the PS Store will mean that there are numerous games you may never be able to buy again, as they never received a physical release.

As reported by PC Mag, Sony's decision to shut the digital platforms for older devices is part of their effort to focus resources and enhance the customer experience for users of the newer PlayStation 4 (released in 2013) and PlayStation 5 (launched in 2020) consoles.

As expected, the news of the store's impending closure has prompted many users to scramble and fire up their last-last-gen console to make a few purchases before it’s gone forever. Push Square has reported that PS3 owners are facing wide-spread problems downloading games ahead of the store’s closure likely due to the sudden surge in traffic.