Can you believe it’s been 30 years since Sonic the Hedgehog was first released? Since making its debut in 1991, our favorite Blue Blur has been everywhere in the past three decades—from cartoons to a blockbuster movie.

Cameos in other games

Catch the chili-dog-loving mascot as he drops in on other games this year. Dress up in full Sonic gear in the Olympic Games Tokyo 2020 – The Official Video Game and deck your Two Point Hospital space with Sonic-themed items and characters. Meanwhile, in Lost Judgement, you can visit any Sega arcade in the game to play the classic fighting title Sonic the Fighters.

Sega remasters the 2010 platformer Sonic Colors: Ultimate for the PS4, Xbox One, Nintendo Switch, and PC. This version, developed by Blind Squirrel Games, gets an updated look and feel, new features, and a new Rival Rush mode.

Like the classic game, the remaster sees Sonic in Dr. Eggman’s (aka Robotnik) interstellar amusement park, which is powered by a sinister source. The big bad has captured aliens called Wisps to fuel the park and it's Sonic’s job to free them.

Sonic Colors: Ultimate will be available on September 7, 2021.

Other classic games like Sonic the Hedgehog 1 and 2, Sonic 3 & Knuckles, and Sonic CD are getting compiled in Sonic Origins. The compilation gives fans a chance to experience the classic game on the latest platforms.

Celebrating the release of the remastered 2010 game, Sega announced Sonic Colors: Rise of the Wisps, a two-part animated series. Long-time Sonic voice actor Roger Craig Smith will reprise his role as the speedy blue critter in this short coming this summer.

According to Man of Action, the studio behind the upcoming animated show, Sonic Prime will have 24 episodes following Sonic’s adventure where he is thrust into a strange and mysterious Shatterverse. The gloved hero will not only be racing to save the universe but also find himself on a journey of self-discovery and redemption.

Closing out the Sonic Central showcase, Sega showed a teaser for an upcoming Sonic game. Details about it are still sparse but it’s set for a 2022 release for the PS5, PS4, Xbox Series X/S, Xbox One, Nintendo Switch, and PC. 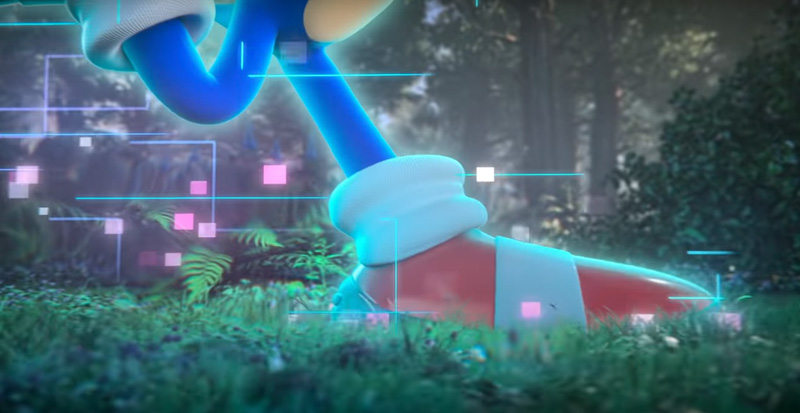 For more updates on the 30th anniversary celebration, visit www.sonic30th.com.