A good old K-drama binge is one of the best ways to relax after a stressful day. Seeing your favorite oppas or getting kilig over your favorite onscreen couple is enough to boost your spirits. Sadly, we need to say goodbye to some of our favorite series that will be leaving Netflix by Sept. 30.

However, a film or series “leaves” the streaming platform due to license agreements. The platform also considers the popularity, cost, availability of streaming rights to be available, and other factors. 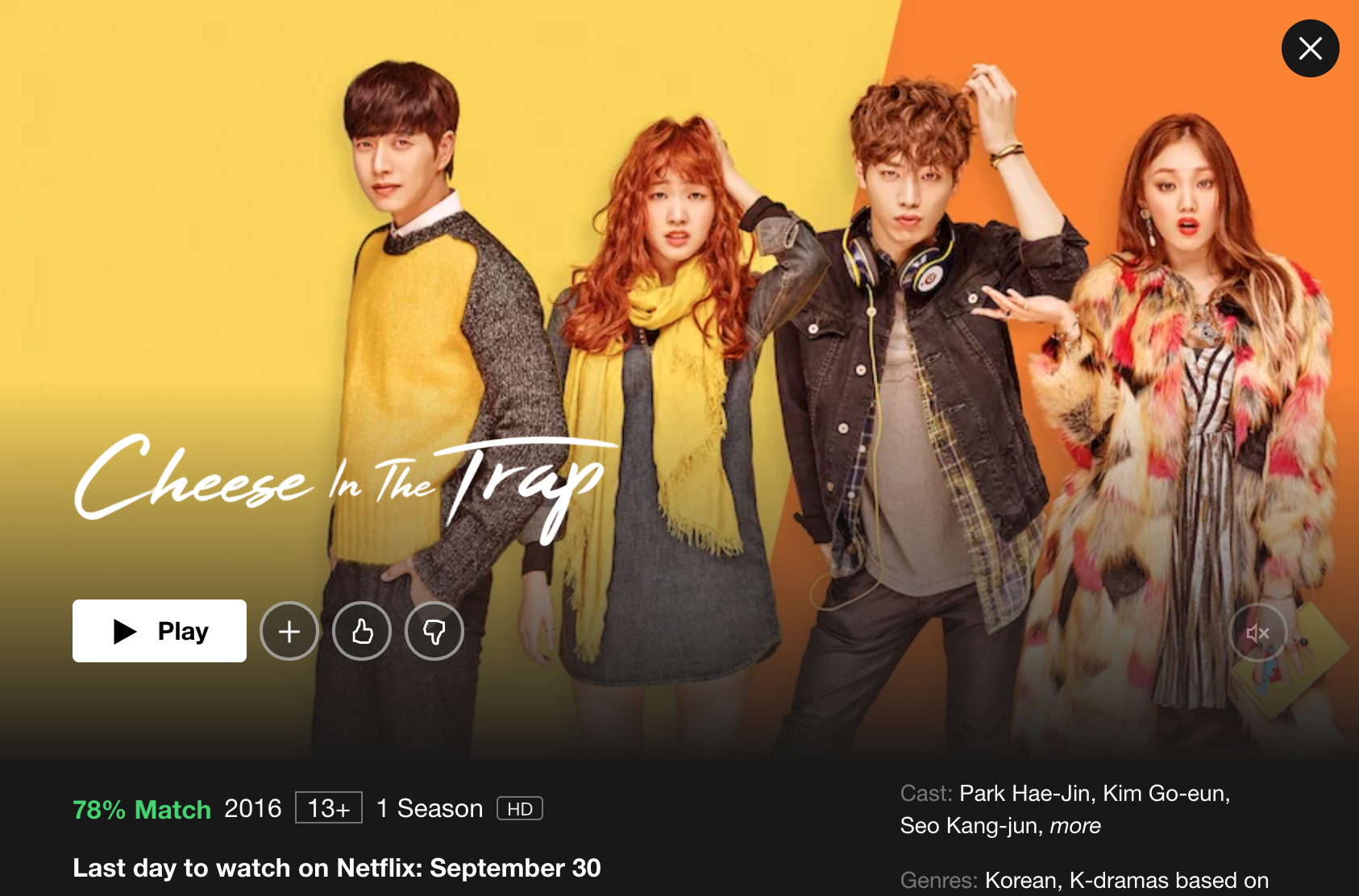 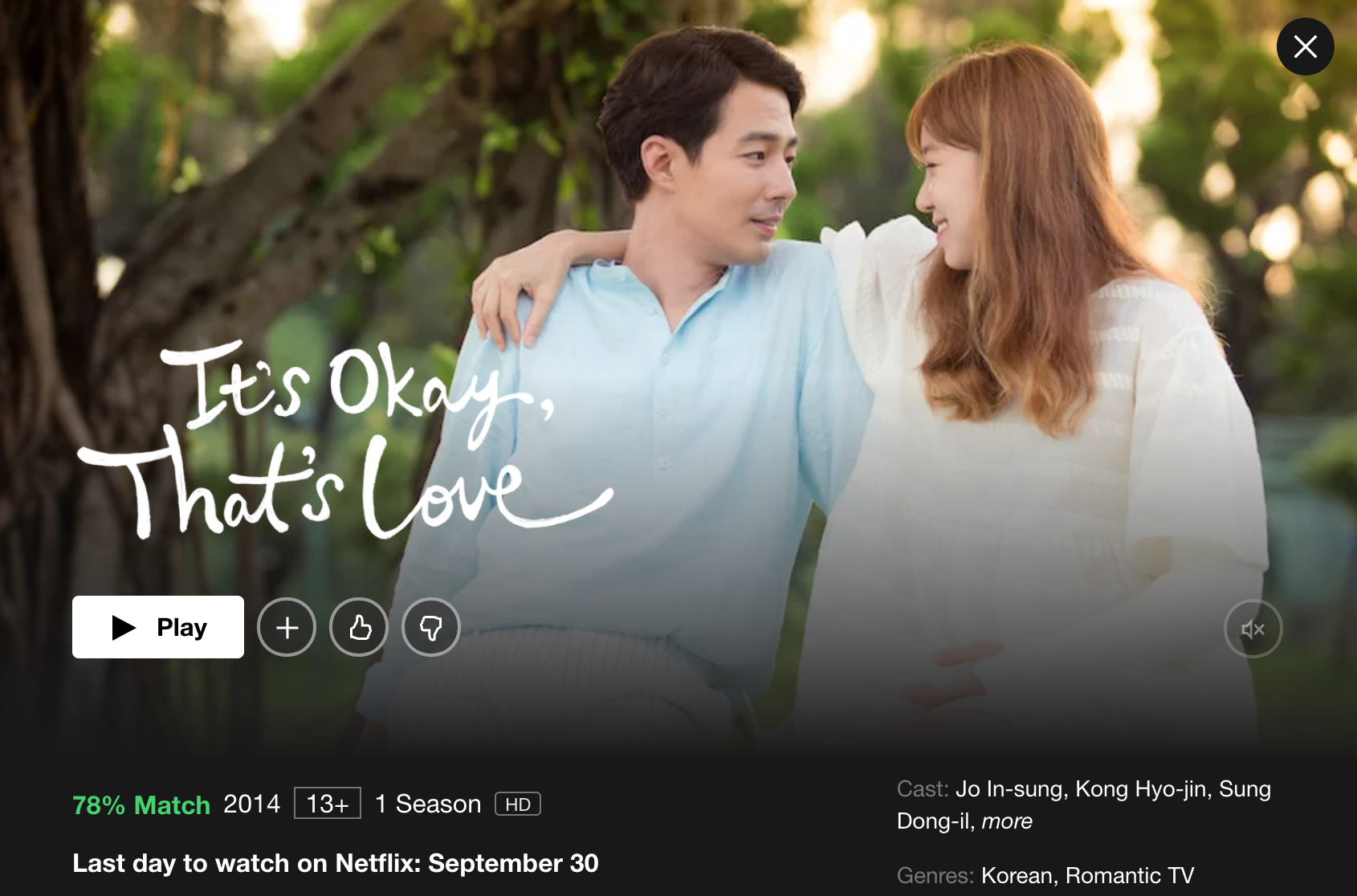 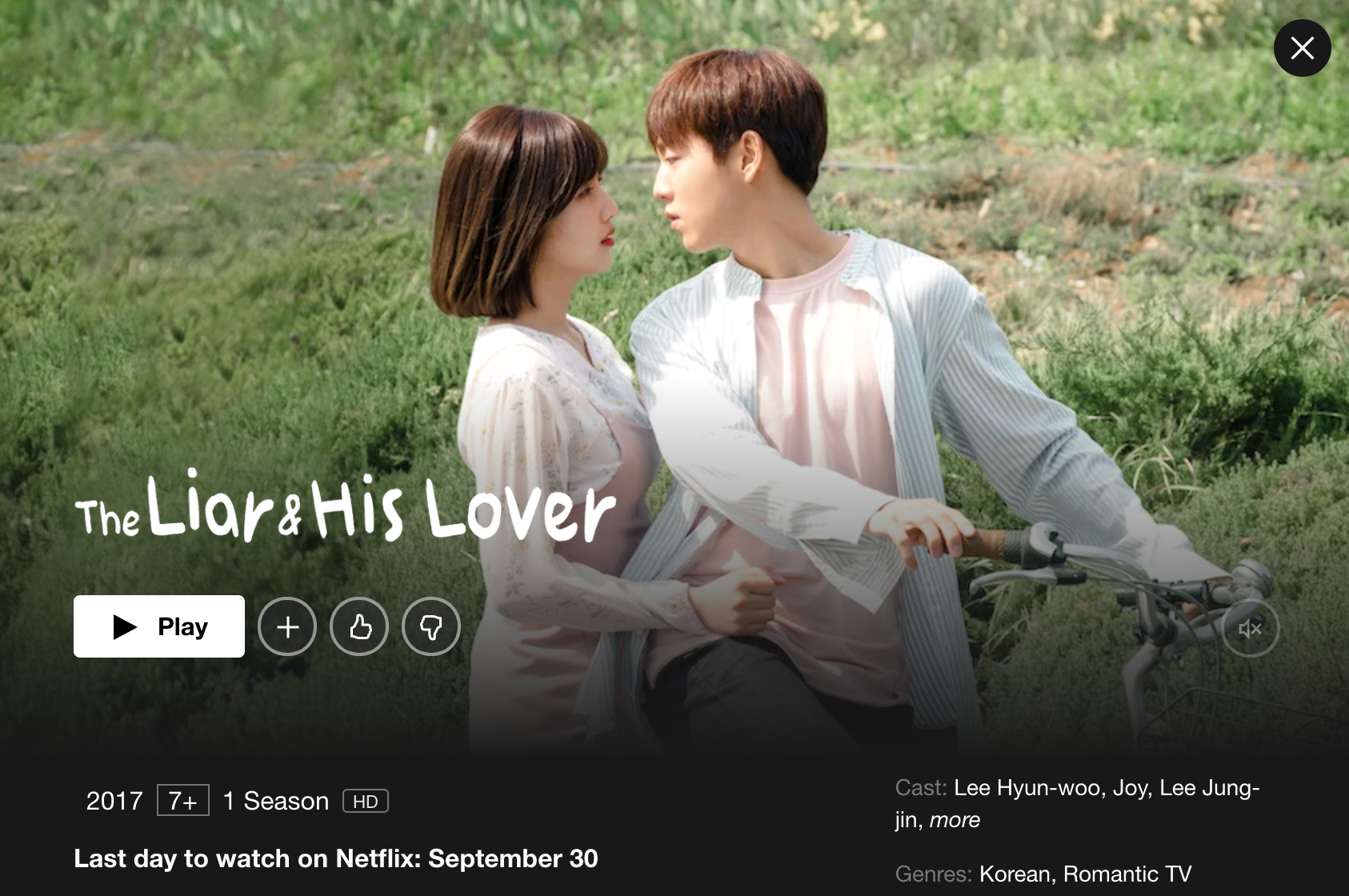 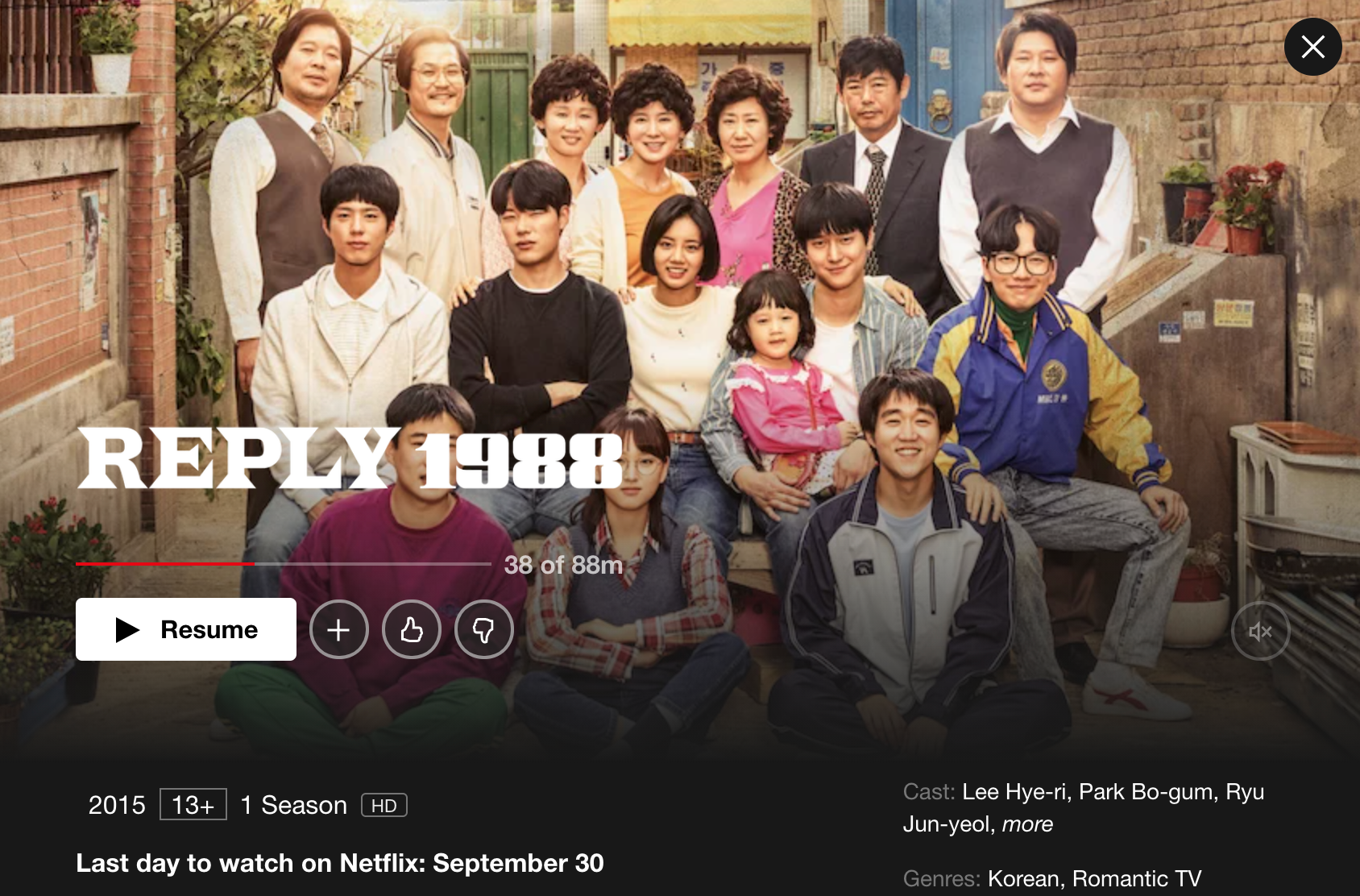 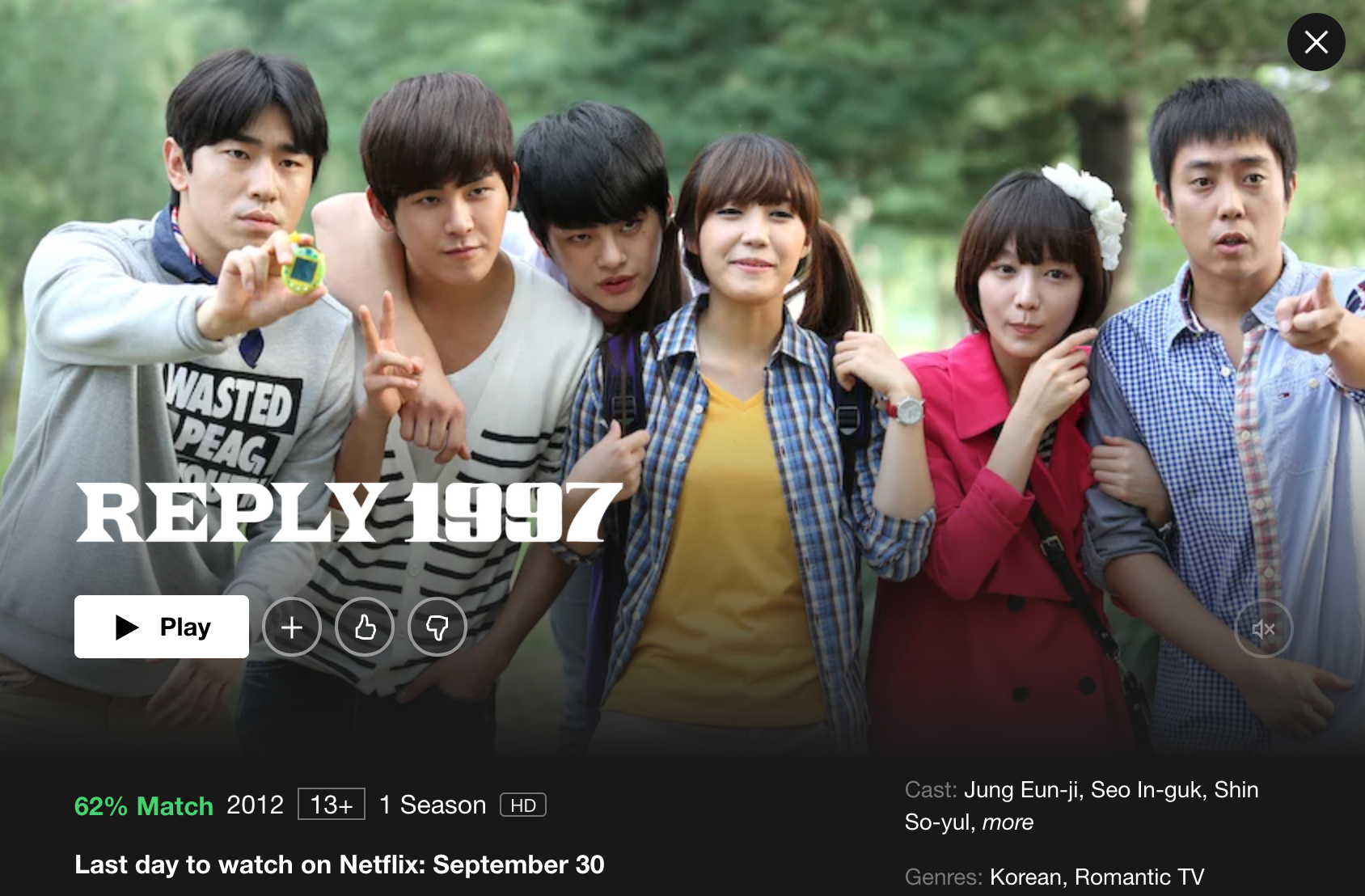 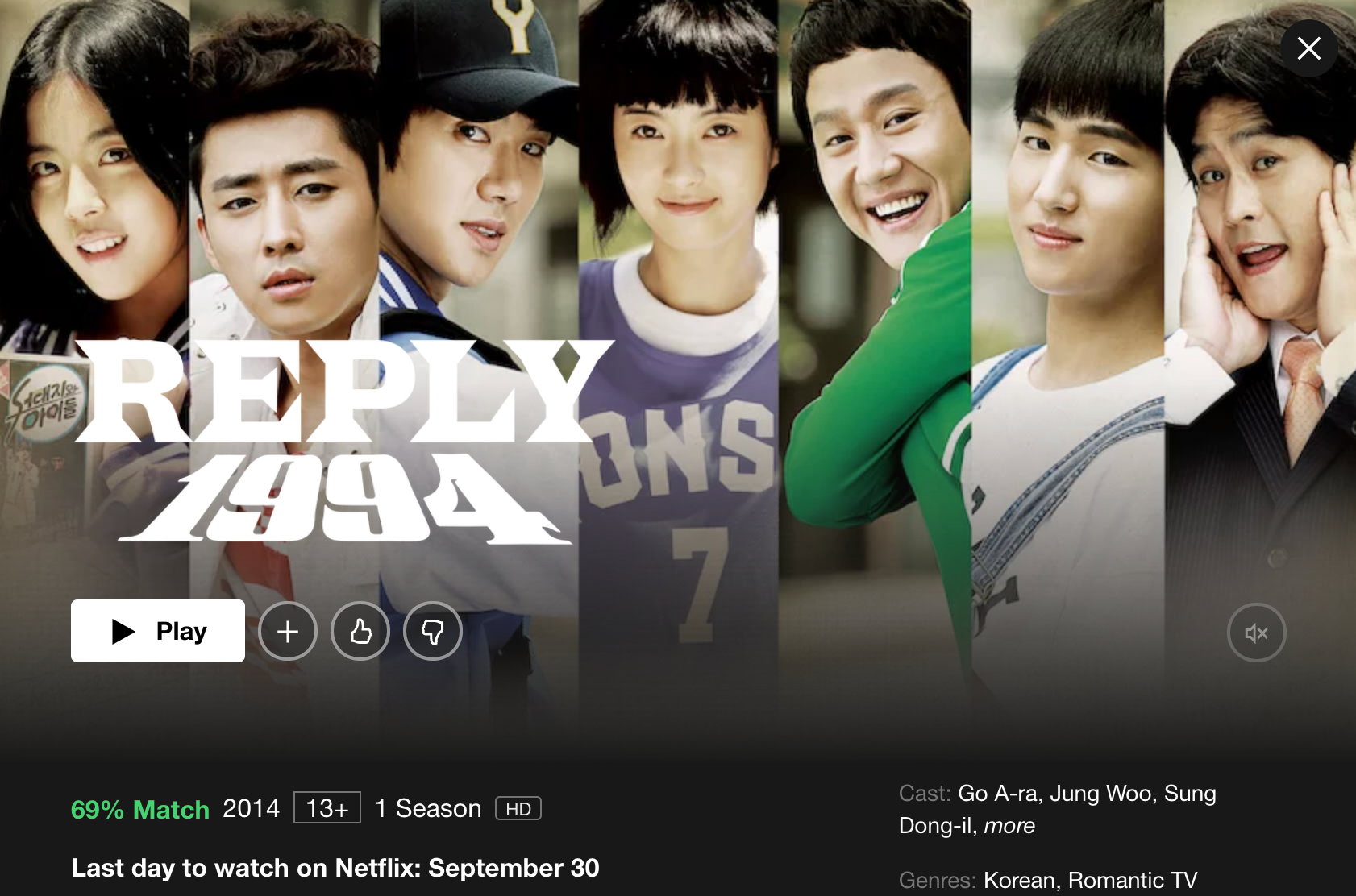 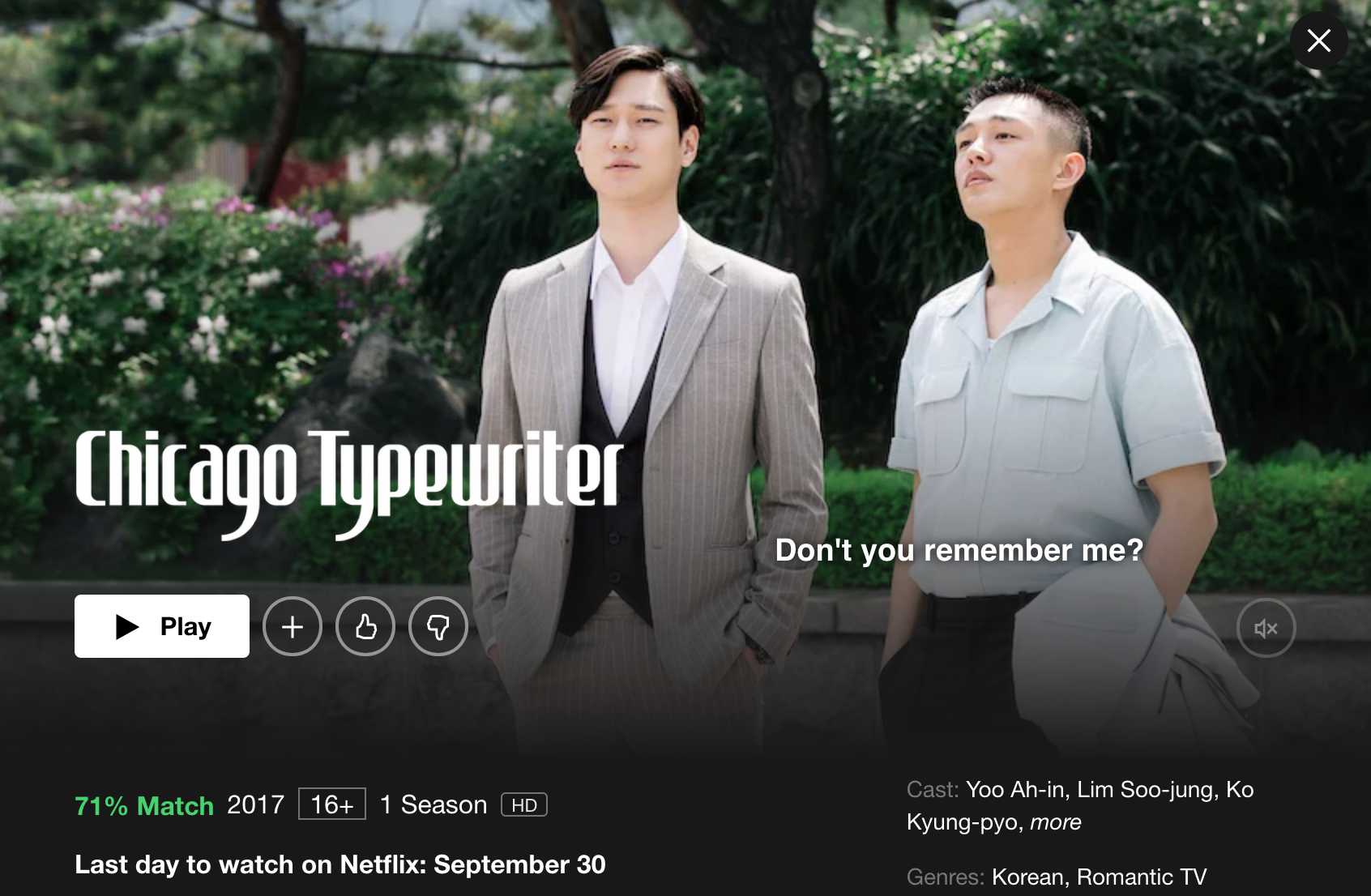 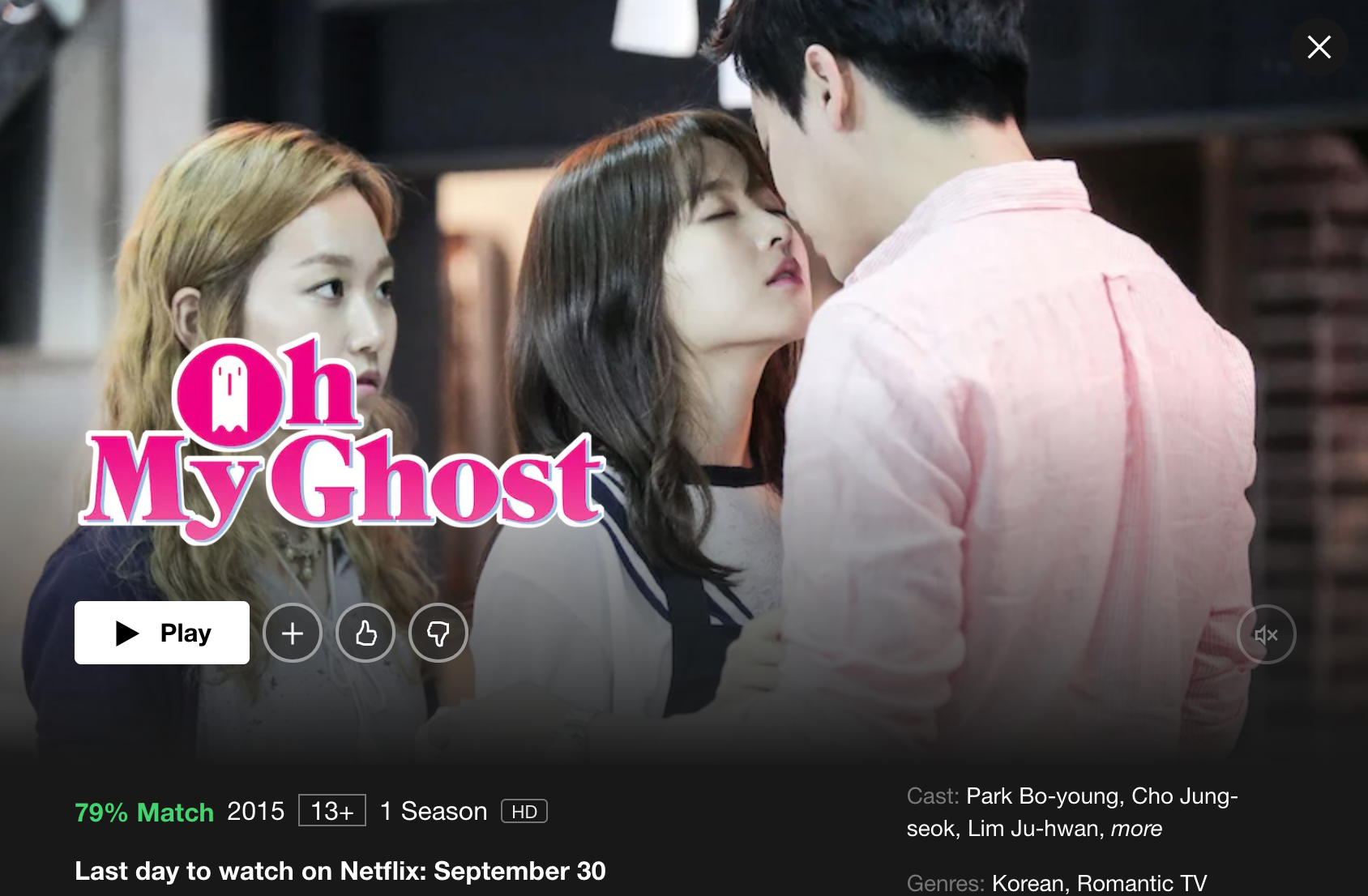 Prepare for a month filled with sleepless nights as these K-dramas are set to exit Netflix by the end of the month. We’ve rounded them up to help you decide what to watch next:

Cheese in the Trap

If there’s any K-drama that does a realistic portrayal of college life, it’s Cheese in the Trap. Better prepare a pillow to grip since there will be scenes that will piss you off.

The webtoon adaptation tells the story of a manipulative college senior who heartlessly destroys the lives of those who irritate him. He meets a university scholar Hong Seol who struggles to figure out his true intentions.

This K-drama can be embarrassing and hilarious to watch, especially if you’ve experienced the expensive and passionate lifestyle of being a fangirl. Set in 1997, this series focuses on the lives of high school students who experience the highs and lows of growing up. They eventually meet up in their school reunion as they look back on their past.

Reply 1994 will make you scream or throw anything out of frustration especially if you’re rooting for the second lead. This K-drama tells the story of six university students, coming from different parts of South Korea, who live together at a boarding house in Seoul.

This K-drama is one of the most well-loved series by fans, mainly due to the chemistry of the cast and its heartwarming portrayal of family and friendship. However, prepare for a heated “debate” with your fellow Reply 1988 stan since the main character’s husband received mixed reactions (we agree with the ending, sorry).

An assistant chef with low self-esteem gets possessed by a lustful ghost who believes that losing her virginity is her way to the afterlife. Sounds messy, right? It only gets messier when the assistant chef’s boss (her crush) unexpectedly falls in love with her.

The Liar and His Lover

This Japanese manga adaptation tells the story of a heartbroken genius music composer who falls in love with a high school student with a gifted voice. The composer, however, hides a mysterious secret about his true identity that he’s desperate to hide from her.

Aside from your popcorn, prepare for a history lesson courtesy of this K-drama. It tells the story of three resistance fighters who lived during the 1930s Japanese occupation of South Korea. They soon get reincarnated into the present as a ghostwriter, fan, and bestselling author.

A K-drama classic that gets better in every watch, it also offers a painful glimpse into obsessive-compulsive disorder and schizophrenia. This series is more than just a kilig fest thanks to the main lead’s undeniable chemistry. It’s also a reminder to check in with your loved ones as much as you can.

Going on a K-drama binge? Here are our top recommendations from the first half of 2021

Banner and thumbnail photos from tvN and screengrab from Netflix

TAGS: K-drama Reply 1997 Reply 1988 Cheese in the Trap Oh My Ghost The Liar and His Lover Chicago Typewriter