Filipino artists Dexter Sy and LJ Ablola will be the first non-Koreans to hold an exhibition at the Yeongwol Y Park Museum in South Korea.

Located on the outskirts of Seoul, the contemporary art museum is the brainchild of two prominent Korean artists, Choi Ok Yeung and Park Shin Jung, and has grown to be one of the most important venues in South Korea—a mecca for the art crowd.

The theme of their exhibition is “Time,” how quickly it passes and how we change with it, especially during the pandemic. Dexter will focus on the family, siblings, the individual and relationships to family with the passage of time. LJ’s theme will revolve around communities, gatherings of individuals socially, and the quick pace of events today.

The exhibition will be held in the second half of 2021.

Dexter and LJ first met at the Far Eastern University while studying Fine Arts, winning art competitions, and later getting married. After working for several years with different advertising agencies they decided to devote themselves full time to being artists.

Since then, they have had numerous acclaimed solo and group exhibitions not only in Asia (Philippines, Jakarta, Malaysia, South Korea, Tokyo, Bangkok, Singapore, Taiwan), but also in the US (Manhattan and LA) and Europe (Milan, Rome, Austria, Berlin, and France), as well as winning many awards such, as the Grand Prize of the Alliance Francaise competiton, the Philippine Art Awards competition and Maningning Miclat Art Foundation Art competition.

Until recently Dexter Sy was a lecturer at FEU teaching art, but winning art residencies abroad (Haslla Art World Museum, South Korea and Centre Intermondes’ in La Rochelle, France,) and the demands of international exhibitions made teaching more difficult and he gave it up in 2019. 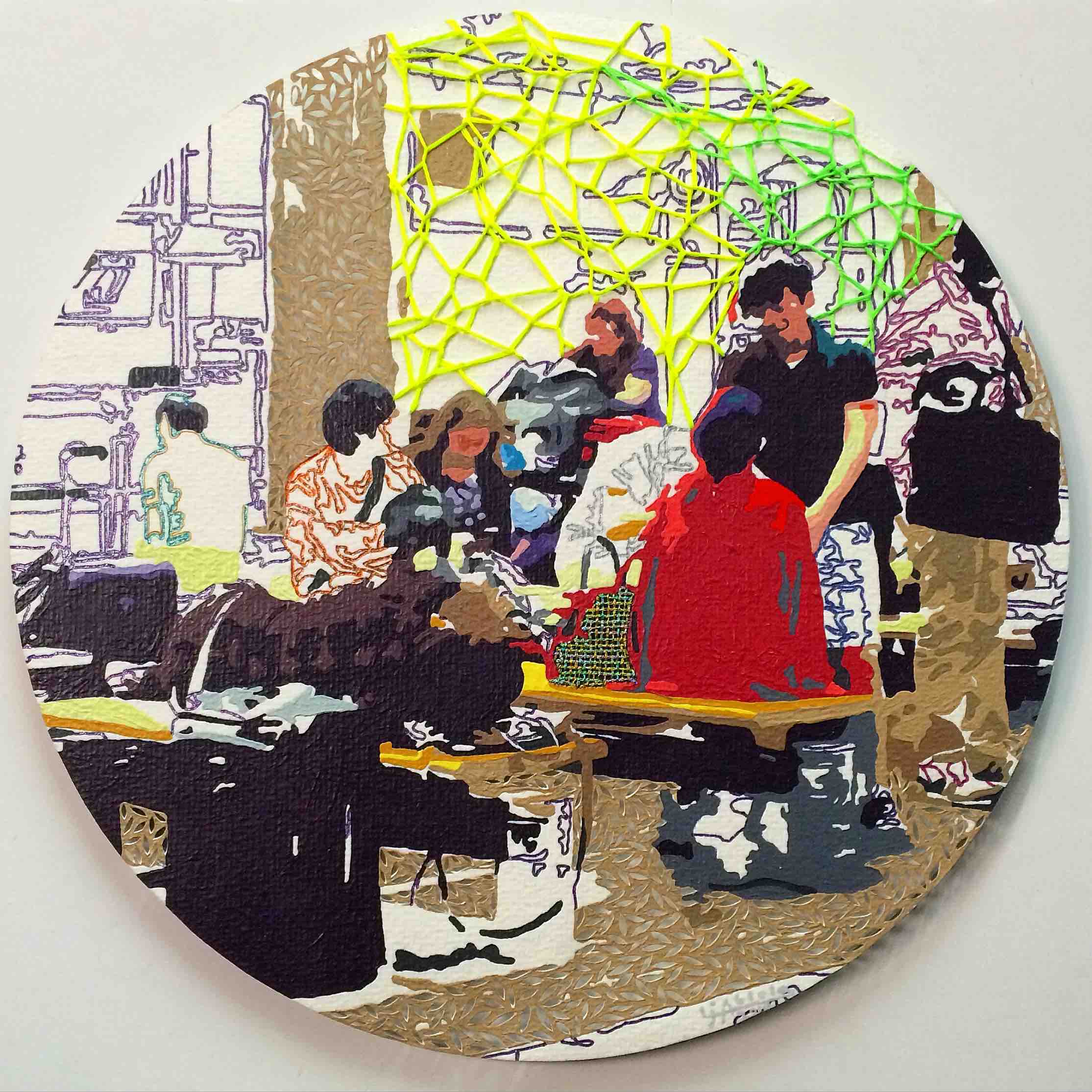 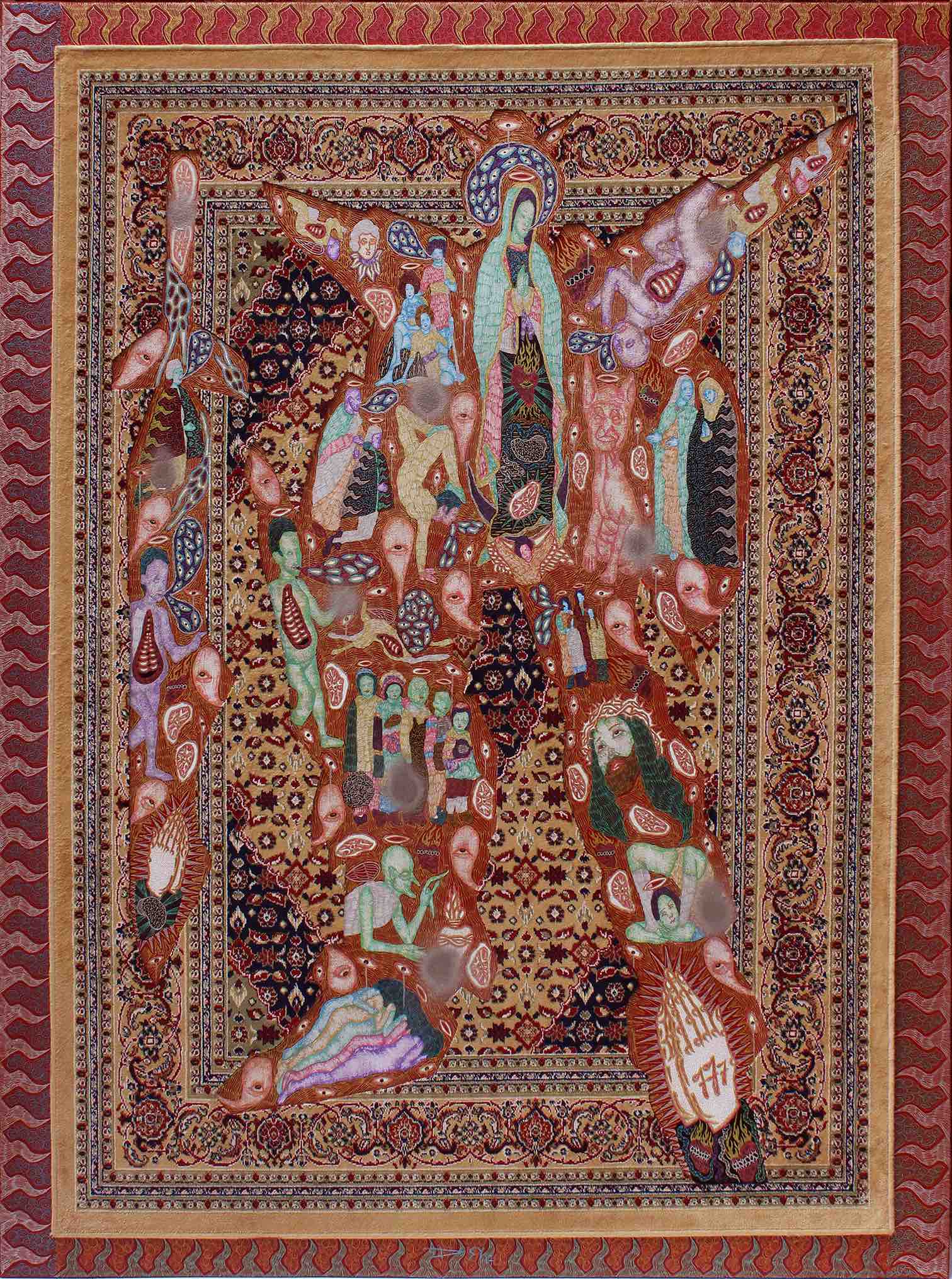 Dexter and LJ have very different themes and styles. Dexter, a Chinoy, often deals with the complexities of growing up in two cultures, the struggle in assimilating both into one’s daily life, the different values and religious beliefs. His style is meticulous, detailed, with complex patterns, often executed in mixed media. 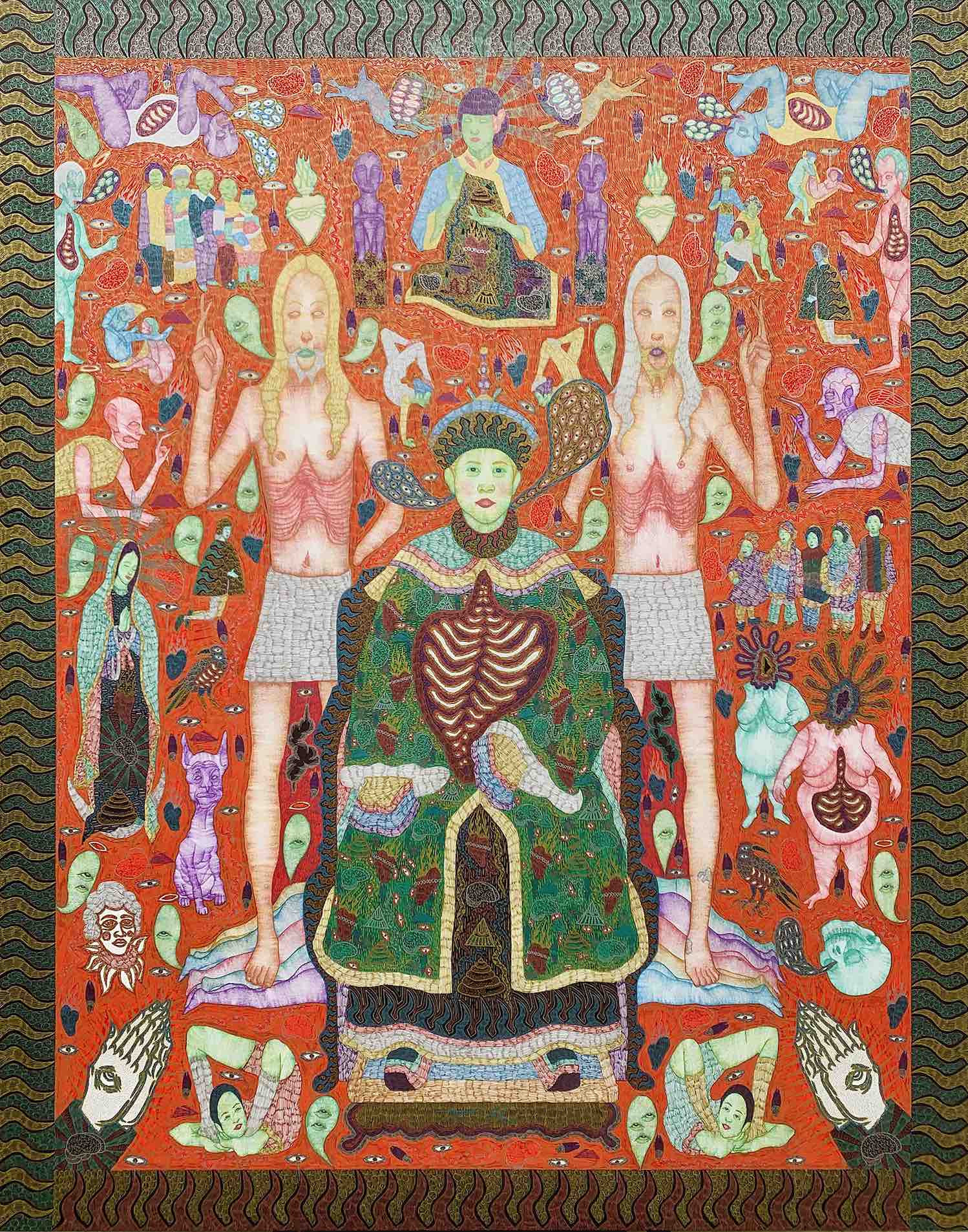 LJ, born and raised in the city, recalls fleeting encounters with anonymous people, defines the urban setting through depictions of crowds—in transit, in cafeterias, in public markets, streets, and social gatherings. She often creates large flat areas to define space and incorporates lace, sequins, paper and other materials to create texture. The common element in both artists’ work is a virtual sensibility—a push and pull of two and three-dimensional space where their figures seem sometimes suspended.