The Galaxy M51 is Samsung's midrange contender that is equipped with an array of power-packed features, including a 6.7-inch full HD+ Infinity-O Super AMOLED display, Snapdragon 730 chipset and a standout 7,000mAh battery.

But with a P19,990 price tag, does the Galaxy M51 live up to our modern-day social media and gaming needs? Let’s find out. 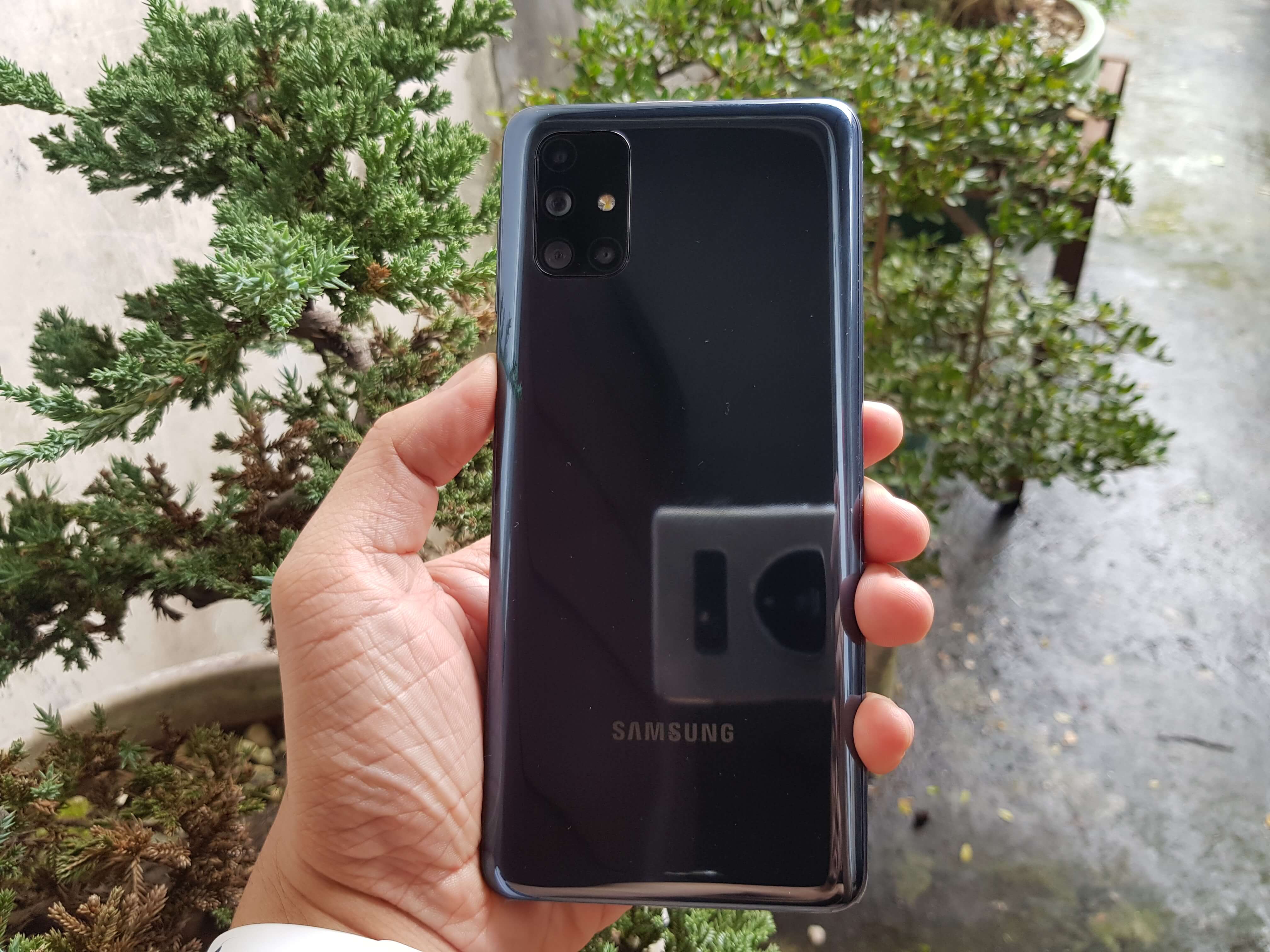 The Samsung Galaxy M51 shares the same simple-and-yet-elegant design language of some of its flagship siblings like the Galaxy S20 series. It has a 6.7-inch full HD+ Infinity-O Super AMOLED display covered with Gorilla Glass 3 and weighs 213 grams.

The fingerprint sensor is embedded under the screen while the 3.5 mm headphone jack can be found beside the USB Type-C port and speakers below. The simcard tray is situated on the left side while the volume rocker and power button are placed on the right.

Flip it around and you’ll see a quad-camera set up on the upper left of the device’s glass and plastic (‘glasstic’) finish. The bezels are noticeably slimmer while the device’s display offers punchy colors with crisp texts and details.

The Galaxy M51 houses a Snapdragon 730G processor that is paired with 8GB of RAM and 128GB of internal storage. In order to see its limitations and how the specs would fare in real life, I tried out some graphically demanding games like Call of Duty: Mobile, Asphalt 9: Legends, and Genshin Impact while several apps like YouTube, Facebook and Netflix were running in the background.

Surprisingly, the Galaxy M51’s hardware combination managed to deliver an impressive lag-free performance and did not show any sign of issues in terms of launch time and speed during my hands-on experience. 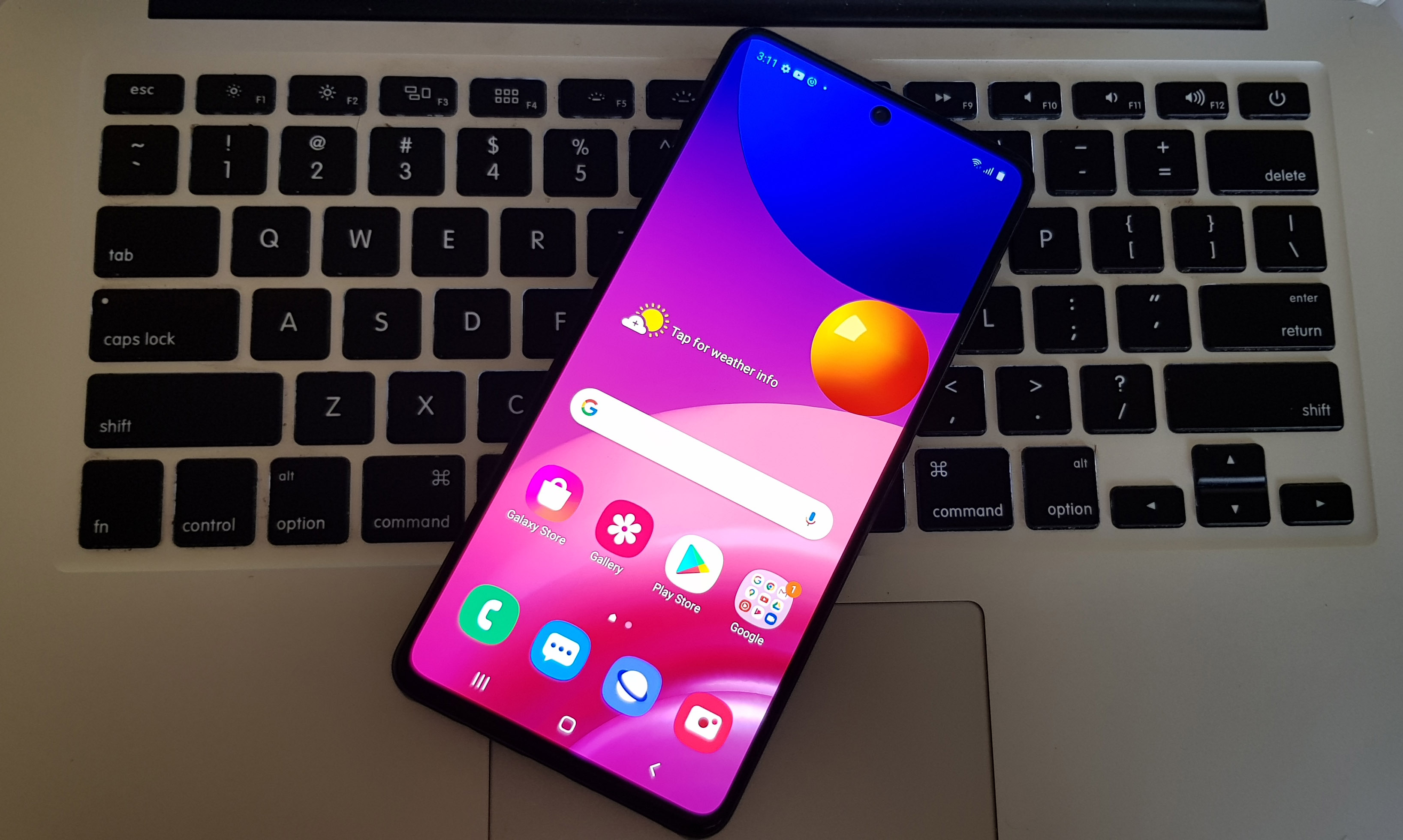 As I’ve mentioned before, one of the main selling points of the Samsung Galaxy M51 is its massive 7,000mAh battery. Although I’ve used the device heavily on games, video streaming and occasional browsing, the device’s battery life surprisingly lasted for almost two days with a single charge.

Apart from the device’s reliable battery life, the Galaxy M51 also supports 25W fast charging via Type-C port, which means that it will only take you roughly two hours to complete a full charge.

In terms of quality, the Galaxy M51’s main shooter does a fantastic job in capturing sharp and vibrant images in well-lit environments while those taken in dark conditions were a tad bit grainy.

Aside from its capable cameras, the Galaxy M51 also comes with various shooting features including the "Single take" option which utilizes the device’s cameras along with a nifty AI feature to produce up to 10 different outputs with a single shot. The selfie camera is also quite remarkable as it captures quality images that perfectly suit your social media content.

Samsung has built a well-rounded capable phone with the Galaxy M51. For the P19,990 price tag, you get to have a decent display, a capable chipset, versatile cameras and a long-lasting battery life. If you’re on the lookout for a midrange phone, then the Samsung Galaxy M51 may be the right fit for you.