September 22 marks Hobbit Day, in reference to the shared birthday of hobbits Bilbo and Frodo Baggins, two characters from J. R. R. Tolkien's novels The Hobbit and The Lord of the Rings. In the fictional world of Middle-Earth, Bilbo was born in the year of 2890 and Frodo in the year of 2968 in the Third Age (1290 and 1368 respectively in our timeline).

Tolkien Week is typically celebrated during the week containing Hobbit Day. Both Hobbit Day and Tolkien Week were created in 1978 by the American Tolkien Society to honor J.R.R. Tolkien and his high fantasy novels. 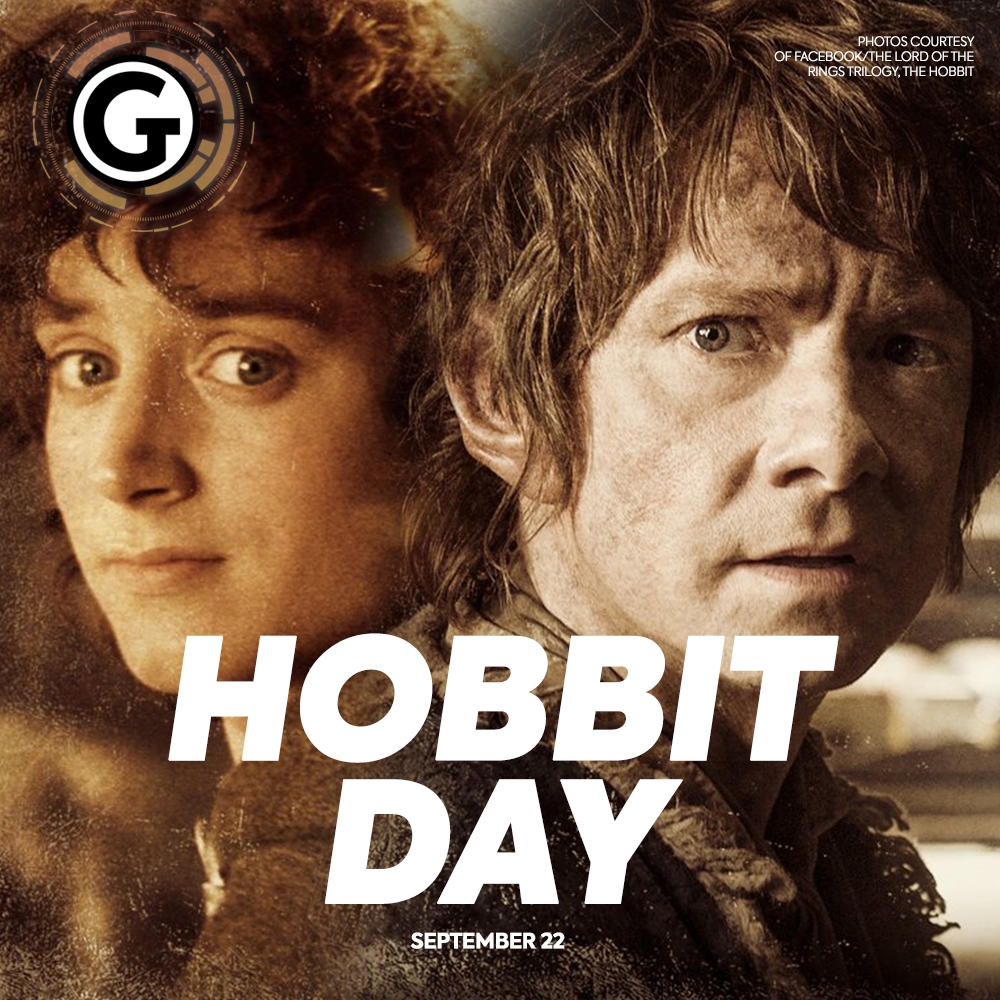 In pop culture, the characters of Bilbo and Frodo were brought to life in the epic fantasy adventure film adaptations The Lord of the Rings film trilogy (2001–2003) and in The Hobbit trilogy (2012-2014). The films, directed by Peter Jackson, starred Elijah Wood as Frodo, Ian Holm as the older Bilbo, and Martin Freeman as the younger version of Bilbo.

The film The Fellowship of the Ring (2001) opened with a celebration of Bilbo's “eleventy-first” (111st) birthday, a large party with food, fireworks, dancing and much merriment.

Hobbit Day is the perfect day to reacquaint yourself with all of Tolkien’s classic books or binge watch the modern films and adaptations made over the years. Some Tolkien fans celebrate by having parties and feasts emulating the hobbit's parties. Other fans celebrate by simply going barefoot, in honor of the hobbits who don't wear shoes.

In the books, hobbits are specifically described as eating "six meals a day (when they can get them), including “elevenses, luncheon, afternoon tea, dinner, and supper." Sounds just like all our days in quarantine the past few months!

TAGS: The Lord of The Rings The Hobbit J.R.R. Tolkien