So goes the tagline of the documentary film 11,103, which features the stories of the survivors of state-sponsored violence under martial law: Cris Palabay (1972) and Dr. Aurora Parong of Nueva Vizcaya; Nemia Cabe and Enriquita Poling of the 1981 Las Navas Massacre in Northern Samar; Cecilia and Nanay Puring Viernes of Carmen Jimenez, Misamis Occidental in 1984; Madaki Kanda and Mariam, of the 1974 Tacbil Mosque Massacre in Malisbong, Palimbang in Sultan Kudarat, among others.

While there are a lot of documentaries and movies about martial law: Sister Stella L, Kapit sa Patalim, Dekada 70, Sakada, Respeto, Liway and ML—to name a few—nothing quite prepares you for actual accounts of martial law survivors, and their retelling of what happened to them; and members of their families and their communities, who were slaughtered like sheep.

11,103 represents the victims of human rights violations under the martial law regime of the late President Ferdinand E. Marcos who received payment or damages from the P10B ill-gotten wealth of the Marcoses. They received damages on the basis of Republic Act 10368, or the Human Rights Victims Reparation and Recognition Act. The defunct Human Rights Victims Claims Board (HRVCB)—which existed from 2014 through 2018—approved 11,103 of at least 75,730 claims, which are archived at the Freedom Memorial Commission. There is reportedly a much greater number of individuals who didn’t bother or attempt to claim, for personal reasons.

The documentary was produced by Kara Magsanoc-Alikpala and Storytellers, Inc. and written and directed by Mike Alcazaren and Jeannette Ifurung. It premieres in the Philippines at a free outdoor screening on Sept. 21 at 6:00 pm at the Bantayog ng mga Bayani on Quezon Avenue corner EDSA in Quezon City. Screenings will also be held in Manila, Bacolod, Cebu, Iloilo, Cagayan de Oro and Dumaguete.

Magsanoc-Alikpala was also the executive producer of the television documentary Batas Militar, first aired on the 25th anniversary of martial law. Alcazaren was its visual consultant.

“Batas Militar was more conventional in approach. There was a narrator and a lot of interviewees of major players at that time from different sectors: political, military, economic, religious, judiciary. It’s Martial Law 101.  We also featured video that [had] never been seen before. We were so deprived of information during martial law, the video everyone saw for the first time—sourced abroad and from private local collections—was compelling,” Magsanoc-Alikpala said in an interview with PhilSTAR L!fe.

“We’ve done other documentaries through the years on martial law, a few minutes were always devoted to the martial law survivors who were tortured, raped, and relatives of those whose loved ones were killed or disappeared. Those small segments were always what the audience remembered. This time, we decided to focus on the martial law survivors.  They are the faces to all the statistics, the analyses, the explanation. Their stories are living proof that martial law was anything but golden,” she added.

“Their lives were interrupted, destroyed, traumatized. Many continue to process the trauma. Many shake when they mention the name of their torturer. They sometimes still whisper the names [of their torturers] for fear someone would hear them. They all remember the name(s) or the clothing of those who harmed them. They create the strongest connection with the audience to drive home the point that there were human rights abuses. And as the Human Rights Victims Memorial Commission said, these are not acts of erring policemen or military. This is state-sponsored,” she furthered.

Below are a few clips from the documentary:

The documentary will also be screened at 6 p.m. on Wed., 21 Sept., at the Paul Robeson Theatre of the People’s Forum in New York City in the United States. The screening falls on the day when Philippine President Ferdinand R. Marcos, Jr. is scheduled to speak at the United Nations General Assembly, which also happens to be the 50th anniversary of Martial Law.

The series of screenings is part of AVX: Visions X Movement, the 10th edition of the Active Vista International Human Rights Festival of DAKILA, an artist collective that works together to creatively spark social consciousness formation towards social change.

“The screening of the film 11,103 in the U.S. during the state visit of Ferdinand Marcos Jr. whose family is responsible for the dark years of dictatorship in the Philippines is a strong statement that our country would #NeverForget the atrocities of this tyrant family which brought suffering to the lives of thousands of Filipinos,” said Leni Velasco, secretary general of DAKILA.

“This documentary film that chronicles the horrid lived experiences of the survivors is the biggest threat to the massive lies and historical distortion that the Marcoses perpetrate. We will never let the world forget that our Peoples’ Power has once ousted a powerful dictator and #NeverAgain will we succumb to martial law,” she added. 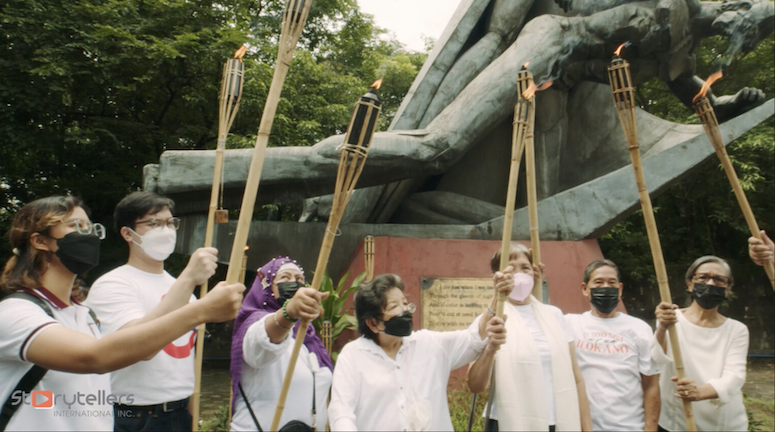 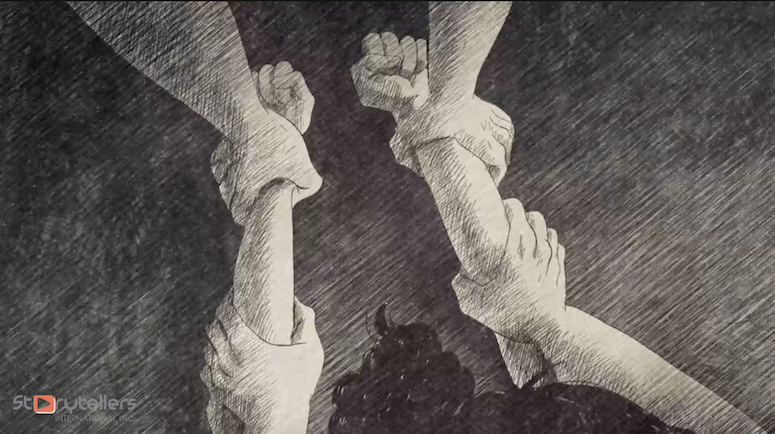 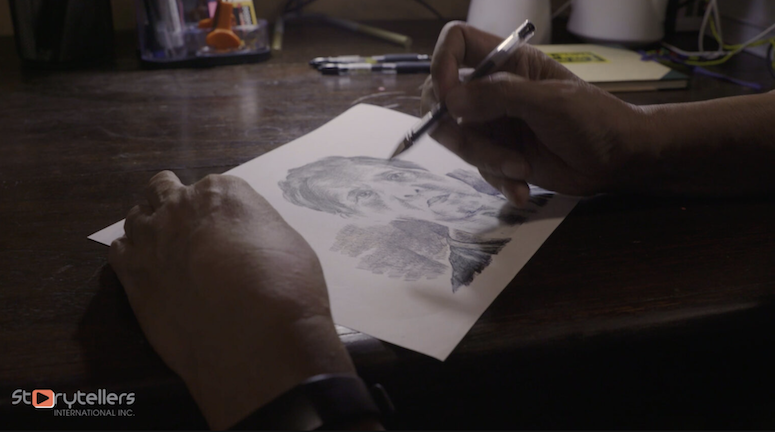 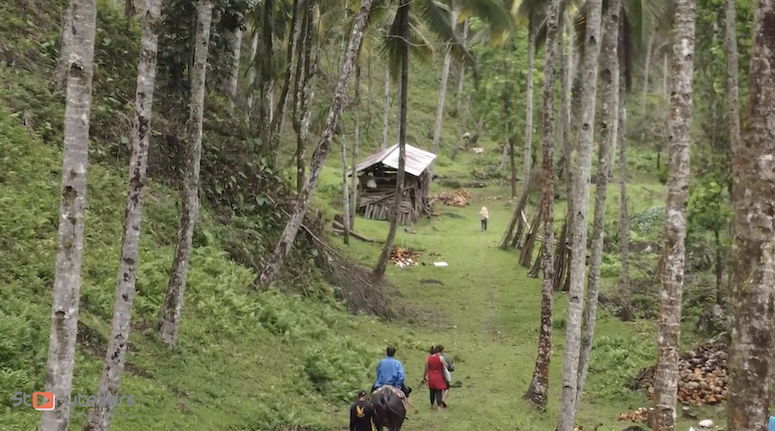 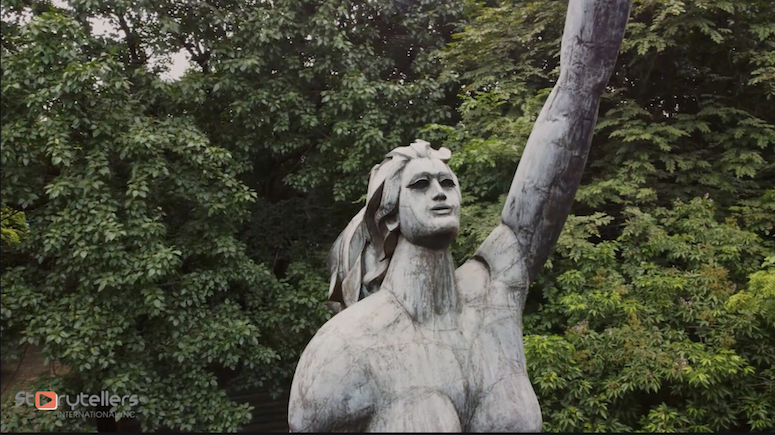 Slated to speak in the panel discussion are Atty. Ruben Carranza, Jr., Atty. Robert Swift, and Wanna Ver. Carranza was a former commissioner of the Presidential Commission for Good Governance (PCGG), which was tasked with the recovery of some USD10 billion looted from the public treasury by the dictatorship. Atty. Swift was the legal counsel of the class action suit filed by human rights victims against Ferdinand E. Marcos in 1986, and, later, against the late president’s estate. Ver is the daughter of the late General Fabian Ver, who headed the military under Martial Law, and was its chief implementer.

The series of US screenings of 11,103 started on Sat., 17 Sept. at Cañada College, Redwood City, California. The open forum was moderated by Benjamin Pimentel; and among the panelists who participated via Zoom were Magsanoc-Alikpala, Alcazaren and Ifurung. Also scheduled is a screening at the Glenn Hubert Library at the Florida International University in Miami at 4 p.m. on Sat., 24 Sept.

Said Magsanoc-Alikpala, “The price of democracy is eternal vigilance. Let’s not dishonor those who suffered and fought the dictatorship and paved the way for our hard-earned freedom in 1986. We have to fight for their truths. What kind of a nation will we be if we are founded on lies?"

For more details on the documentary, visit their website: www.11103film.ph.

Those interested in organizing a screening of 11,103 in their own community can contact Active Vista by filling out bit.ly/11103ScreeningRequest or emailing [email protected]. For free screening for educators at Gateway Mall, Araneta Center, contact [email protected].

Susan Claire Agbayani is a freelance writer, editor, mentor and organizer of F2F writing workshops. She was a writing fellow in creative writing workshops at UP and MSU-IIT and has written for major newspapers, magazines, online sites and NGO-managed government projects funded by international organizations..