Style Living Self Celebrity Geeky News and Views
In the Paper Shop Hello! Create with us
L: SBS, R: tvN

You’re not a true K-drama fan if you haven’t heard of the legendary “Sassy Girl” Jeon Jihyun, heartthrob Lee Minho, and former actress Kim Sohyun. These actors have made a name for themselves in K-drama land, starring in popular series like The Legend of the Blue Sea and Bring It On, Ghost.

We hate to break it to you, but these K-dramas will only be available on Netflix until Oct. 29. To recall, TV series and films “leave” Netflix due to license agreements. The streaming platform also considers availability of streaming rights, popularity and cost, among others.

PSA: Calling all K-drama fans, these well-loved series are leaving Netflix by Sept. 30

It was heartbreaking to do, but we compiled a list of K-dramas that will be available on Netflix until Oct. 29. Take note: Some of the included series will exit the streaming platform by Oct. 15. 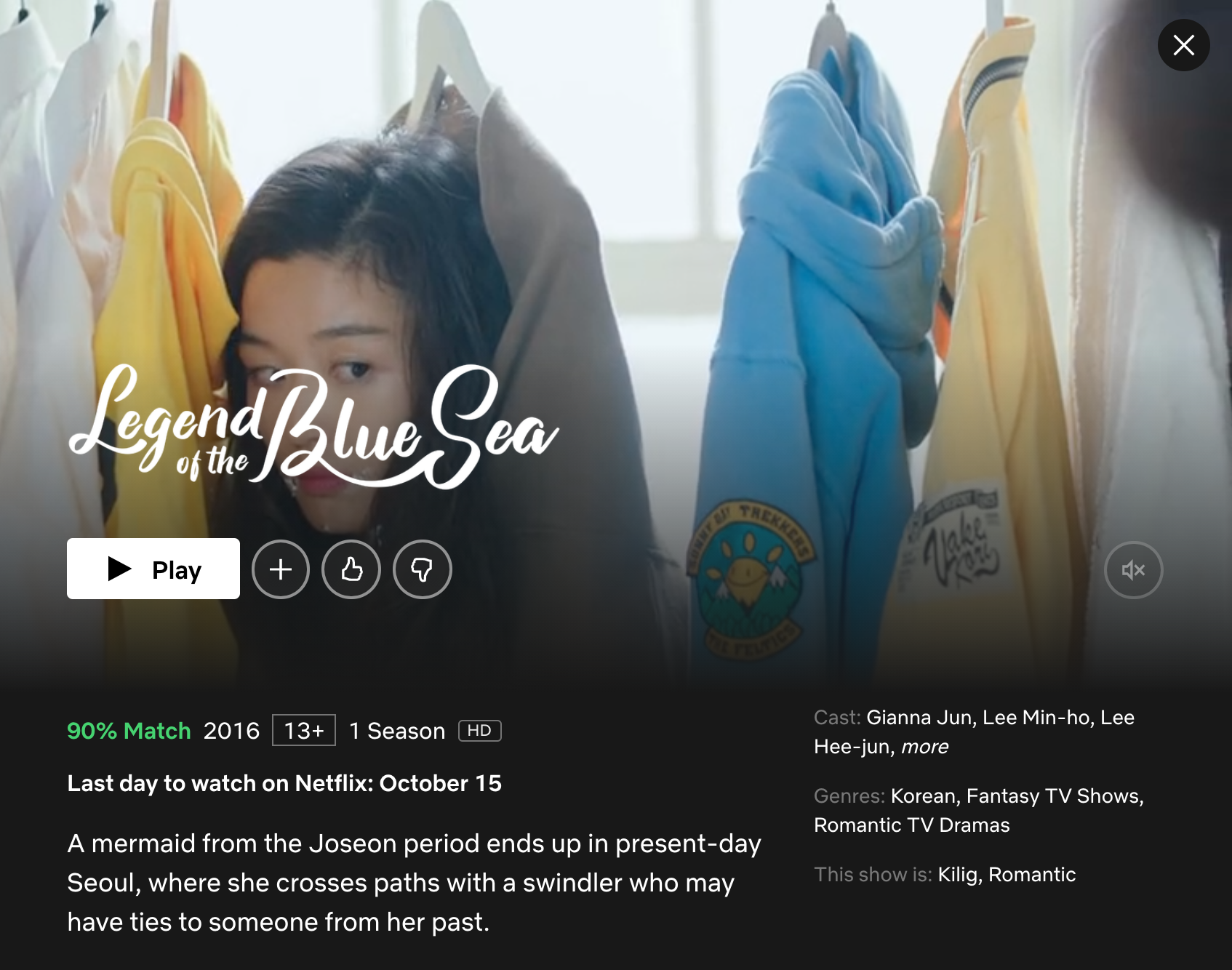 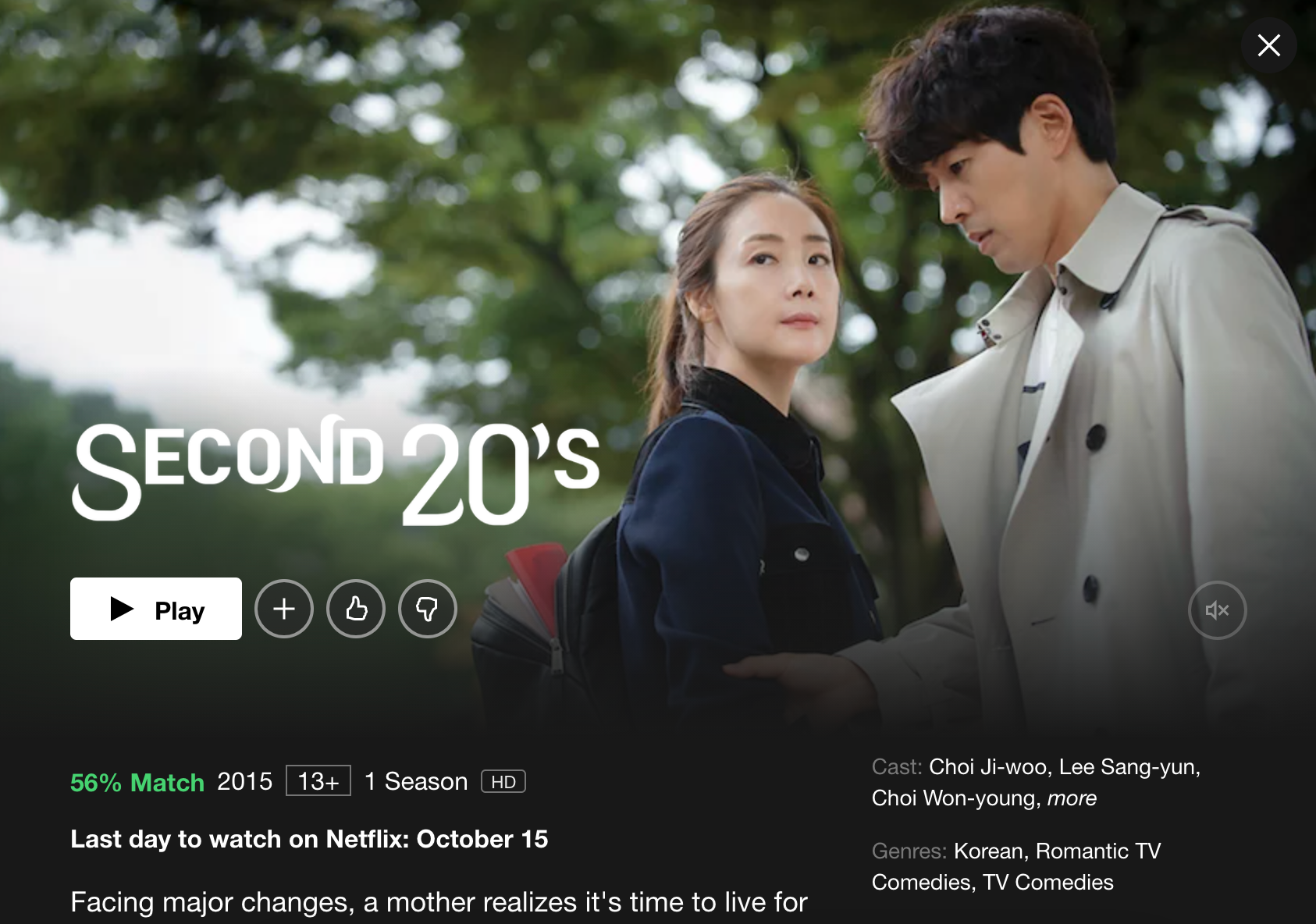 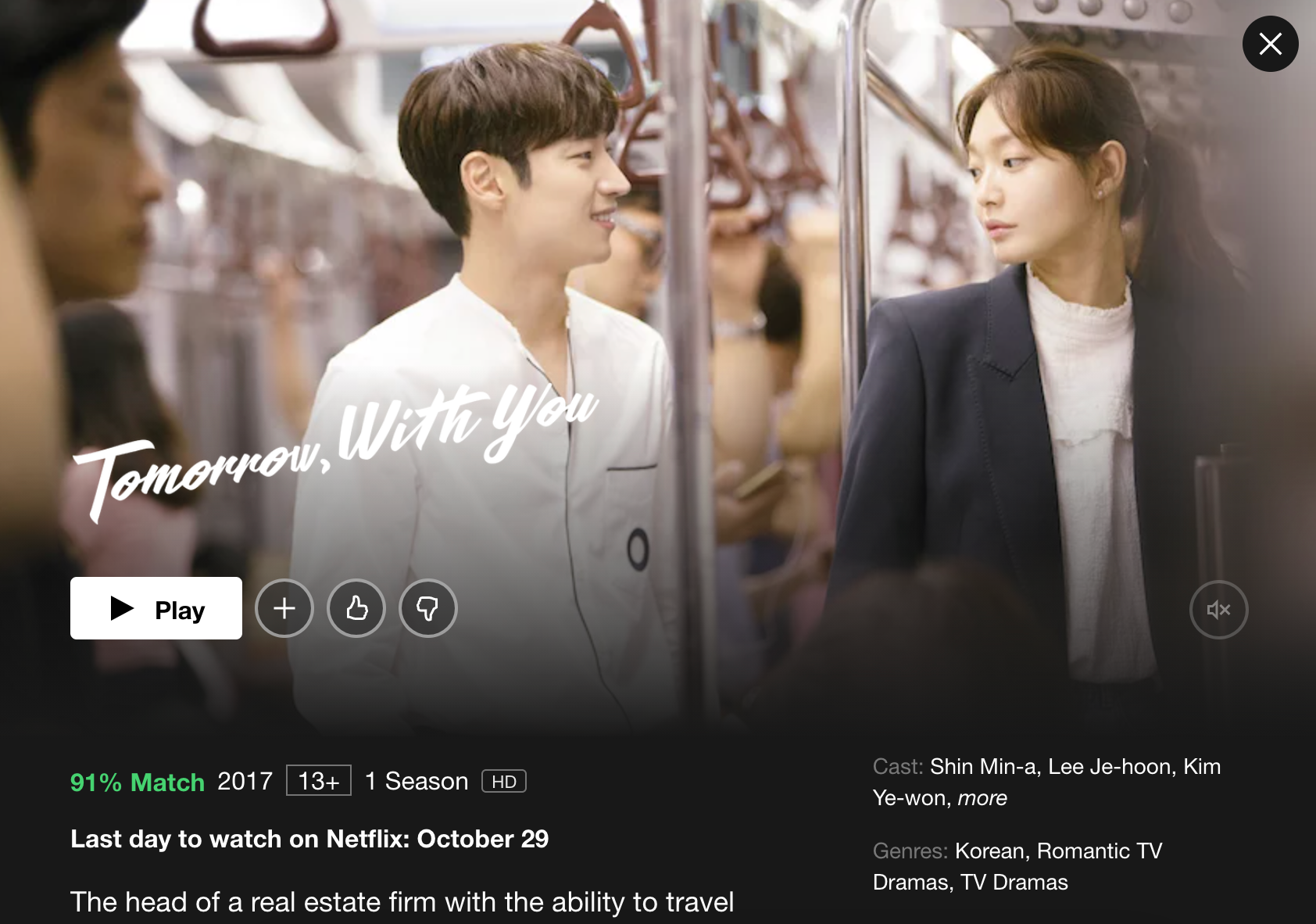 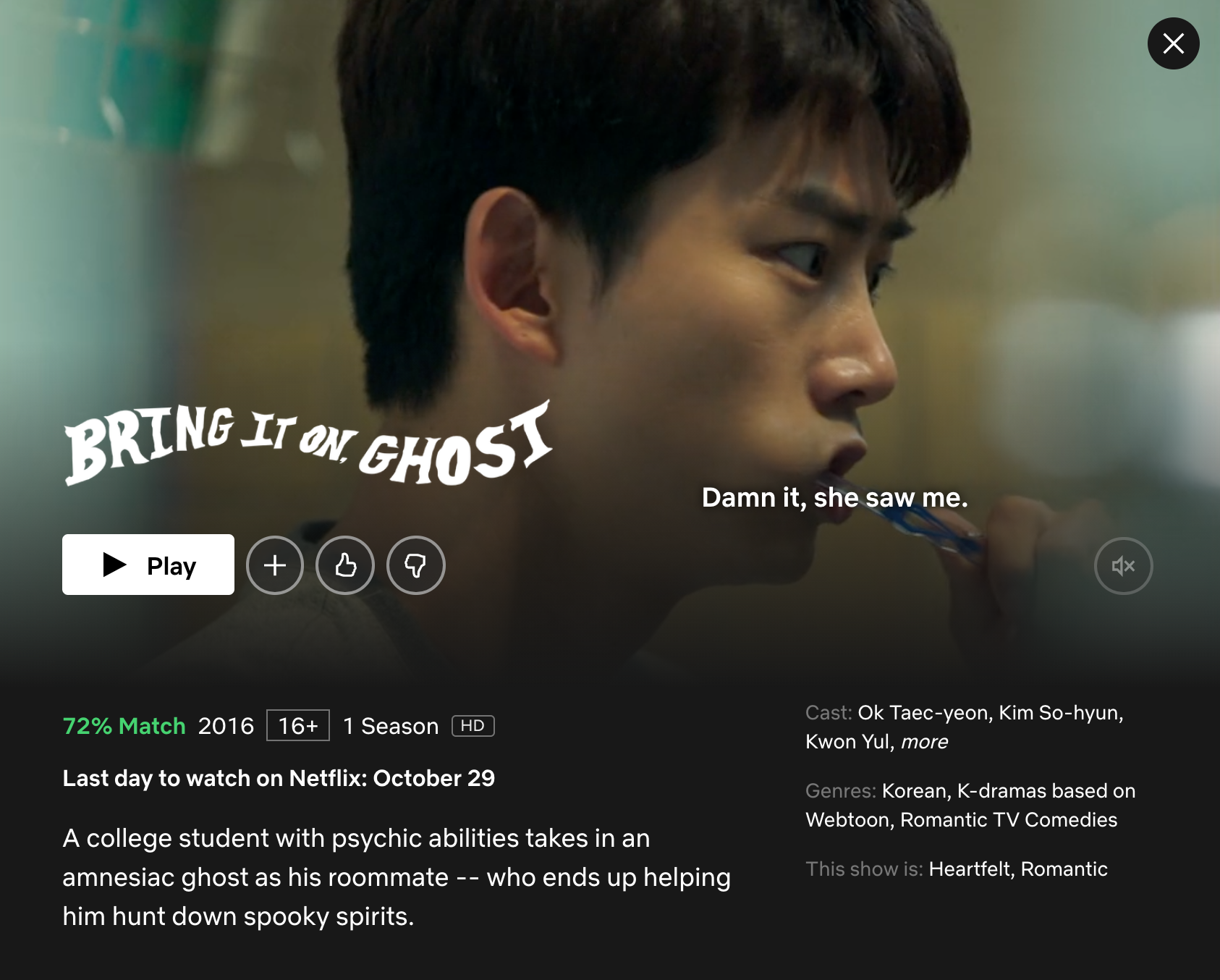 Have you ever dreamed about returning to your past self to fix your mistakes? Han Nora (Choi Jiwoo) can attest to this. In the past, she unexpectedly became pregnant and got married at 19.

Nora initially enjoys being in her 20s for the second time, since she can finally experience what it’s like to be in college. But her initial excitement is interrupted when she encounters people from her past.

This fantasy rom-com is not a carbon copy of The Little Mermaid—even if Shim Cheong (Jeon Jihyun) is a mermaid who falls in love with a con artist Heo Joonjae (Lee Minho). This K-drama is a combination of comedy, kilig moments, and a tragic glimpse into history.

Cheong soon realizes that she’s a modern-day reincarnation of a mermaid named Sehwa who was killed in the Joseon Era. Her past self was murdered with her lover Damryeong, who turns out to be Joonjae in the present.

Scared about his death, Sojoon marries amateur photographer Song Marin (Shin Minah) to escape his death. He soon falls in love with his wife, but Marin falls into a depressive state since Sojoon is so focused on changing his fate.

Have you ever wanted to fight ghosts a la Ghostbusters? Or fall passionately in love with a ghost? Bring it On, Ghost starring former child actress Sohyun and K-pop heartthrob Taecyeon is the K-drama you’re looking for.

Bongpal (Ok Taecyeon), who grew up with the ability to see ghosts, encounters a feisty wandering high school spirit Hyunji (Kim Sohyun) who’s determined to find the truth about her death. They soon become ghost-fighting partners to protect the world from forces of evil. The pair eventually falls in love, but they have to face Hyunji’s imminent fate of entering the afterlife.

TAGS: Netflix K-drama Legend of the Blue Sea bring it on ghost Second 20s Tomorrow With You

Start your engines: ‘RuPaul’s Drag Race PH’ to premiere in August with Jiggly Caliente as one of the judges