When Marvel’s Avengers is at its best, the game can feel like an interactive MCU movie. Moments like Kamala Khan running away from a rampaging Hulk, Black Widow infiltrating an AIM facility, and Iron Man blasting off into space with Iron Maiden music playing in the background are simply sublime. Sadly, those moments can be undercut by the constant reminder of microtransactions.

And if it’s not that, it’s the sound crashing or the game loading images late.

The game’s biggest strength is having six playable characters with a universal control scheme and making them all feel unique. Shooting guns as Black Widow feels different from throwing rocks as Hulk, which sounds obvious in hindsight but both of those actions are done with the same buttons. It would have been easy to make these characters play similarly with a couple of minor differences but game developer Crystal Dynamics truly made each Avenger control differently. 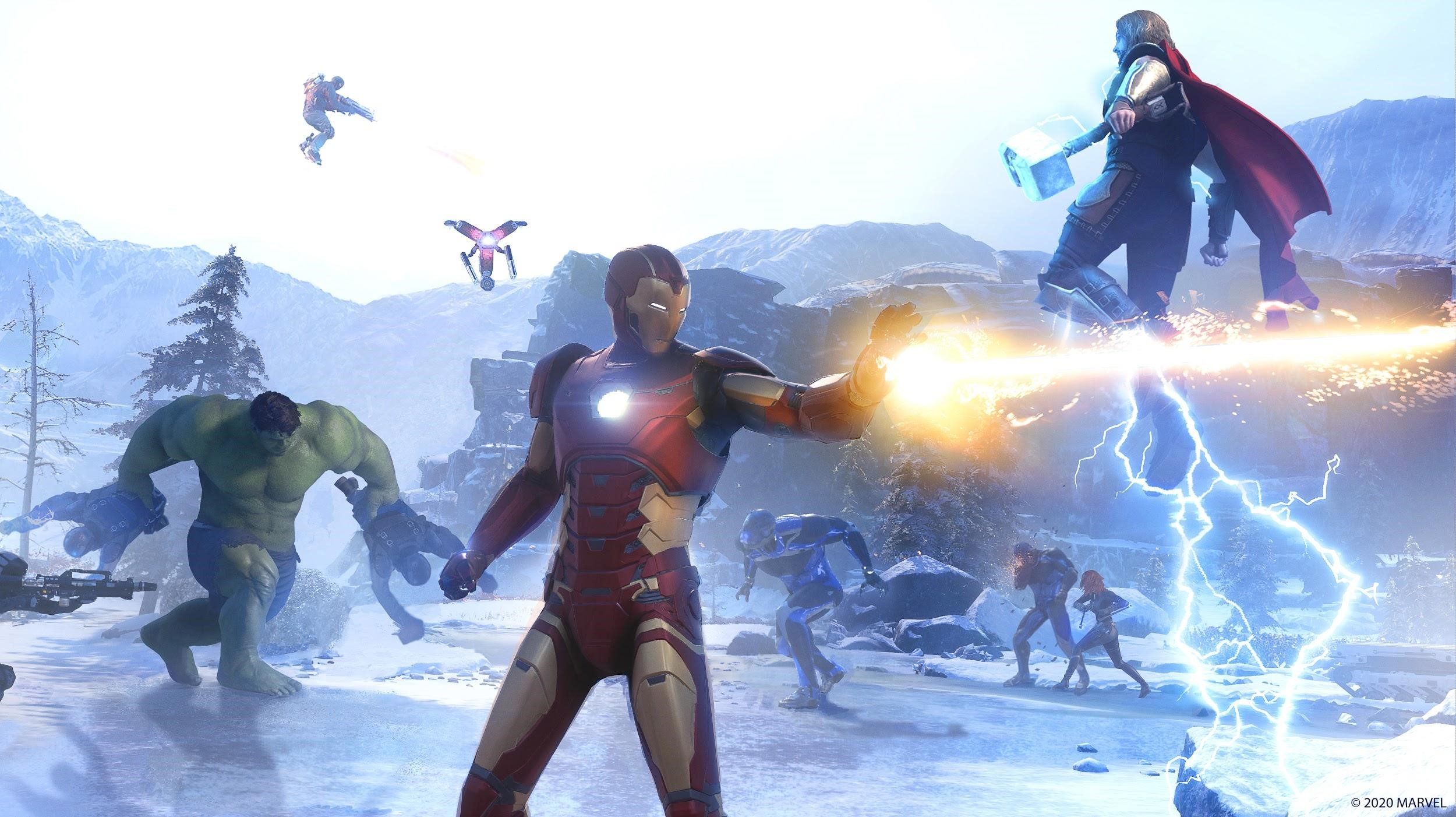 Admittedly, this universal control method can lead to some annoying moments. It makes sense for Captain America or Black Widow to avoid strikes with a dodge button but having to do the same thing as Hulk and Thor is baffling. The universal control method can also be problematic when certain features for some characters aren’t available for others. For example, Hulk, Ms. Marvel, and Thor can break certain doors with loot that Black Widow, Captain America, and Iron Man can’t.

Still, it doesn’t matter who your favorite Avenger is since you’ll basically be beating up AIM goons and their robots for 95 percent of the game. It’s a three-dimensional arcade beat-em-up with open areas like Destiny, which isn’t an inherently bad thing. The campaign tries to spice things up with some platforming and hub exploration, but you will mostly beat up the same batch of enemies over and over again, so your tolerance will depend on how much you love seeing Hulk do the “Puny God” grab attack or finding that loot, maybe unlocking one of your favorite costumes from the comics.

While the game does let you head straight to the Avengers Initiative if you want to start playing with friends or grinding for loot/costumes, I do recommend that you play through the campaign first. Starting with the campaign lets you comfortably get used to how each character plays as they are slowly introduced and the tutorials for annoying things like vendors and factions are spaced out a bit so it’s not all in your face like it is if you start with Avengers Initiative.

[SPOILER WARNING. Scroll down to the next feature below if you don't want to see elements from the campaign's story] 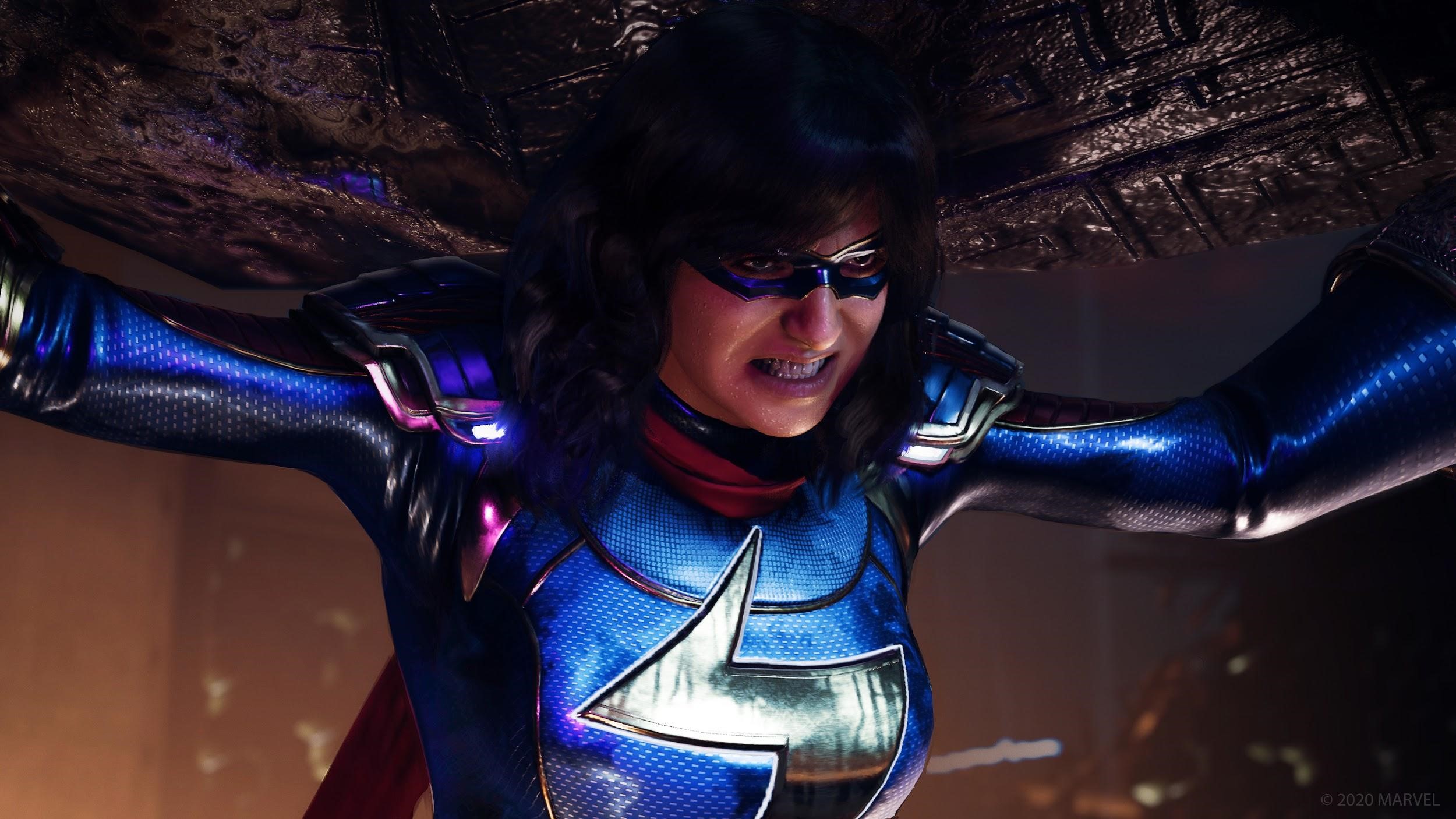 The campaign is fairly entertaining, a lot of which has to do with the choice of having Kamala Khan, a.k.a. Ms. Marvel, as this game’s protagonist. Kamala is a great point-of-view character who is fun to watch and control. Moments like the opening bit in A-Day where Kamala is in constant awe of everything she sees are adorable and later scenes where she wants to discover the truth of what happened to Captain America, tries to find the resistance, and, eventually, joins The Avengers can be pretty inspiring. Her relationship with Bruce Banner is also fun to witness.

As for the story itself, it’s a solid bit of MCU-like superhero storytelling and isn’t much deeper than that. If you were hoping to see The Avengers as a symbol of corporate greed and capitalism or Kamala questioning her hero worship and realizing that it’s wrong, you’re better off reading Watchmen or watching The Boys. Still, this isn’t meant to be cinema, so if you just want to see The Avengers beat up MODOK while exchanging quips with bits of characterization, you’ll get 10-12 hours worth of that.

Unfortunately, even with a decent length, the story can feel rushed and incomplete. For some odd reason, they decide to completely avoid showing how Kamala gets her powers and the wild reaction she would probably have. We don’t even know if her family is aware of her special abilities until near the end, which would have made for some great drama. Other moments could have also used more time to develop, like Black Widow spying on AIM for five years or Thor’s post A-Day actions. It’s a solid campaign but you can tell that some corners have been cut.

Fans also hoping for some epic boss fights with comic book villains might be disappointed. The only Marvel supervillains you fight are Taskmaster, Abomination, and MODOK, with the rest being giant AIM robots. We hope that future stories add more Marvel villains for players to face but we aren’t exactly holding our breath.

While the game is technically playable and can even be addictive, Marvel’s Avengers is still in need of a major patch or two. The game is currently at update 1.05 and it still suffers from some performance issues when four Avengers are together in a mission, whether it be single-player or online co-op. Sound can also crash or loop repeatedly in certain parts of the campaign, which is disappointing for a full-priced Tripe-A game.

This is a live-service game, complete with microtransactions, so all of these problems will likely get patched in the future. That’s not a good thing though, since this was released to the general public and should have been less broken if they were willing to charge $60 for it. While certainly playable and fun, these problems are just too big to ignore. 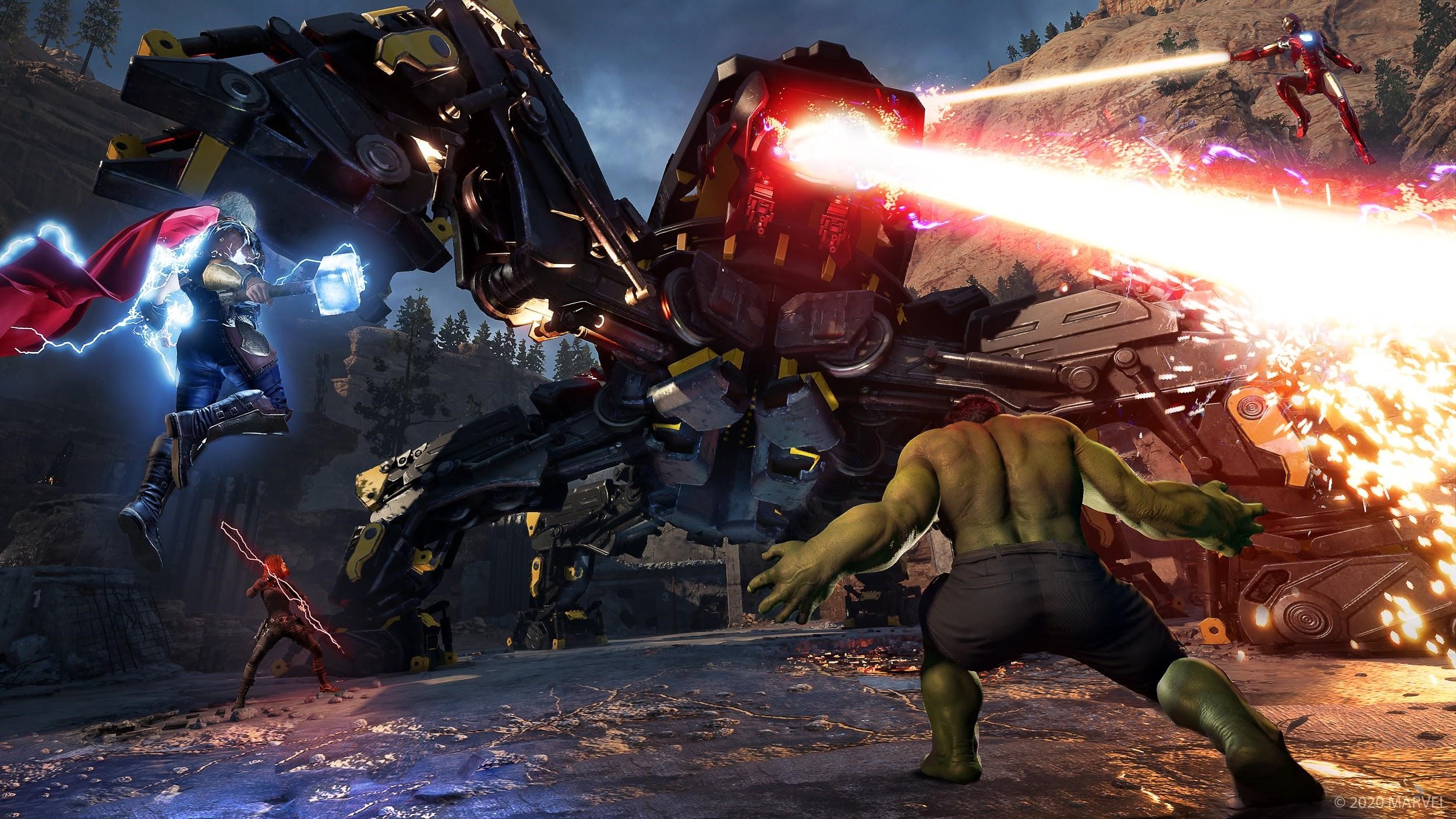 Marvel’s Avengers is a full-priced game with microtransactions for cosmetics, causing a lot of controversy. Realistically, you can just grind for in-game currency and avoid using real money altogether but the fact that it’s there is a shame. You and I might not have to spend on this game but other people with spending problems or children with access to their parent’s credit card might be tempted to pay for these fancy-looking cosmetics so having them there in the first place isn’t great.

Not helping is the fact that future downloadable heroes like (Lady) Hawkeye (Kate Bishop) and Hawkeye (Clint Barton) will have Challenge Cards that are worth $10 of in-game currency. Once again, you can grind these out by completing the Challenge Cards of the game’s base heroes but the fact that there’s an option to pay for these is problematic.

Don’t get me wrong, having additional free heroes and stories for the price of nothing is pretty great – having them come with a caveat just doesn’t feel right. I am looking forward to seeing how the story continues and seeing how each character plays. It's just a shame that unlocking some of their bonus items is going to cost time or money. 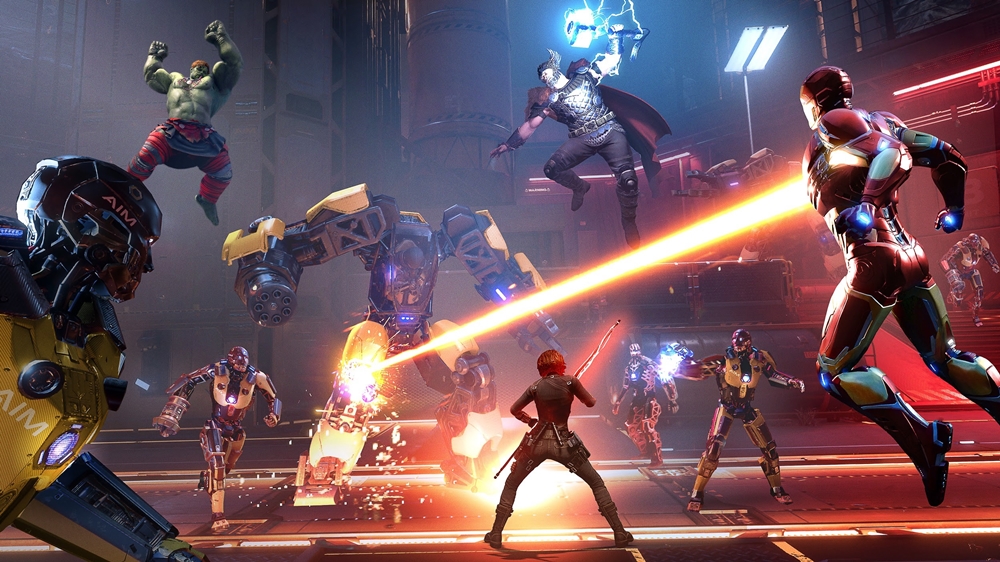 Marvel’s Avengers offers a solid campaign and button-mashing fun solo or with friends via online play. However, the game is still filled with bugs and glitches despite being a full-priced release, and the microtransactions don’t get any better. The game is definitely worth checking out if you’re a Marvel fan but everyone else might want to wait for a price drop.