WandaVision, the first series in Phase Four of the Marvel Cinematic Universe (MCU), has just released a couple of new trailers and posters ahead of its long-awaited arrival.

The first trailer is a minute long and features some new footage. This sequence has some interesting vibes reminiscent of American sitcoms back in the '50s.

The first clip (New Era) sees the series’ main couple Wanda Maximoff/Scarlet Witch and Vision starting a new life as a happily married pair living the ideal suburban life in the town of Westview. Beneath all the monochromatic atmosphere is their double life as super-powered beings—a blissful existence threatened by shadowy figures that are seemingly lying in wait.

It also features the original theme song for the show, composed by Kristen Anderson-Lopez and Robert Lopez (also known as the songwriting duo for the iconic Let it Go from the film, Frozen).

The second clip (Visionary New Era) is much shorter at just 30 seconds long. At first, it delves on the seemingly normal life of the couple and their interaction with neighbors. But a second later, it highlights the looming troubles that are threatening the couple’s happy, and rather "dream-like" perception of life.

Here’s the short synopsis of the nine-episode spin-off series:

Marvel Studios' WandaVision blends the style of classic sitcoms with the Marvel Cinematic Universe in which Wanda Maximoff and Vision—two super-powered beings living their ideal suburban lives—begin to suspect that everything is not as it seems.

Alongside the trailers are four new posters of the main characters, one each for Wanda (Elizabeth Olsen), Vision (Paul Bettany), Monica Rambeau (Teyonah Parris) and Agatha Harkness (Karthryn Hahn). 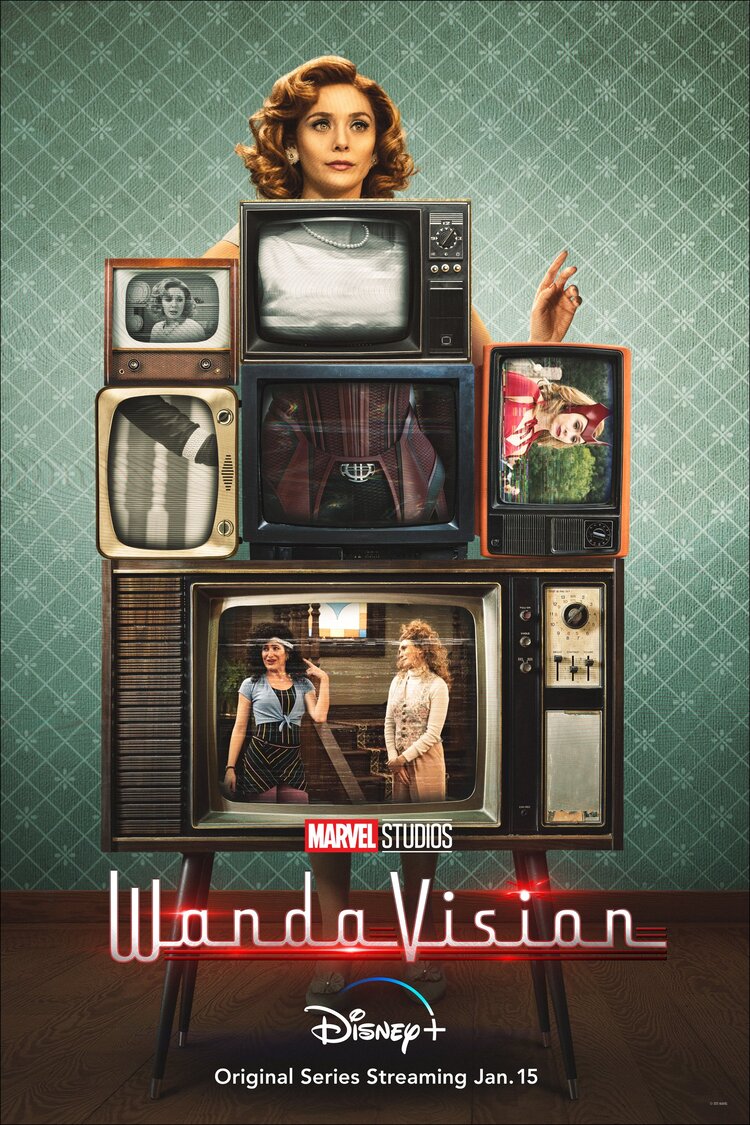 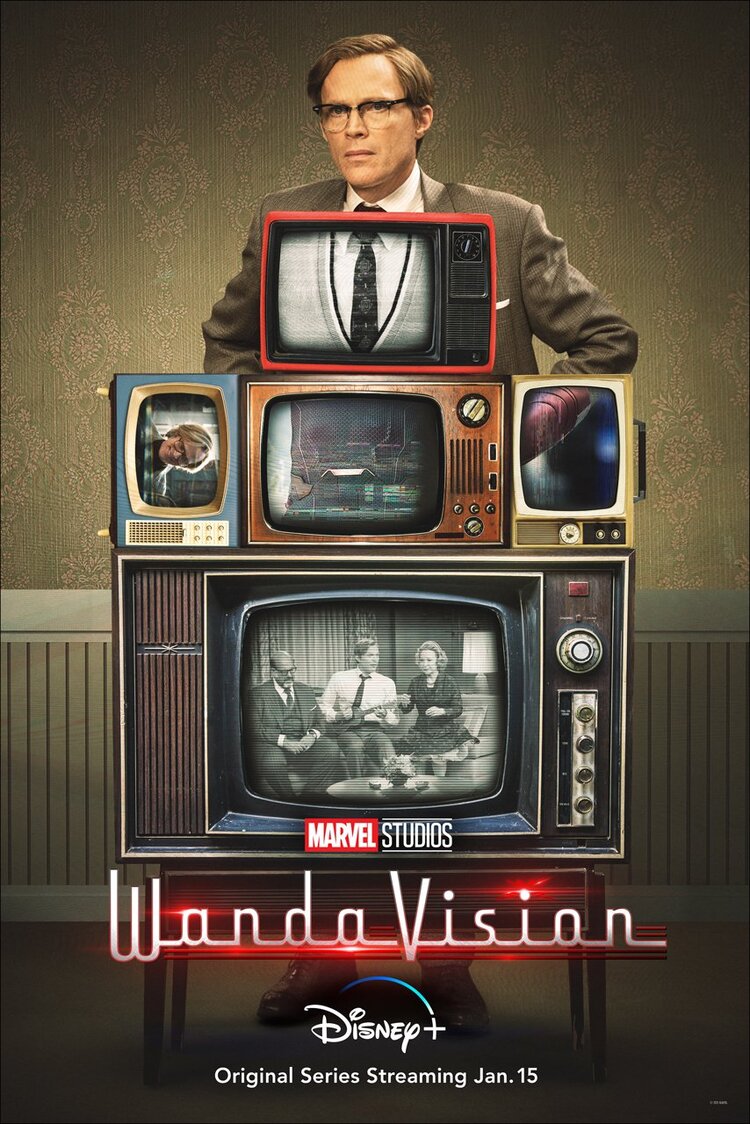 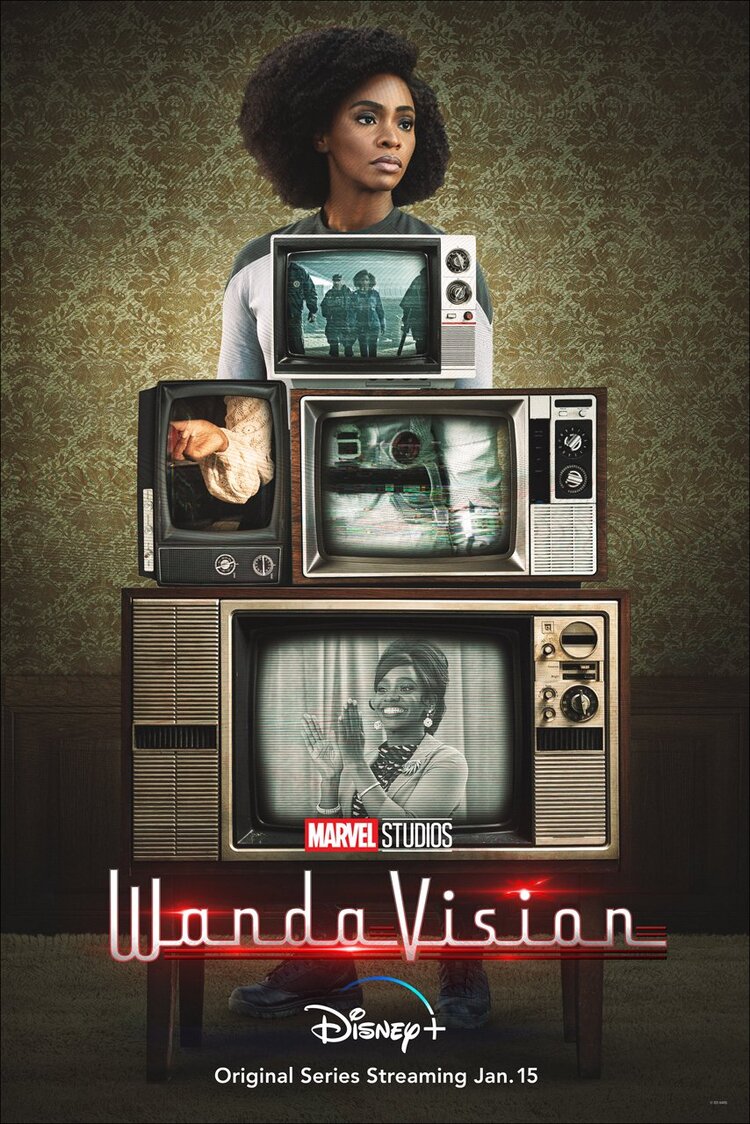 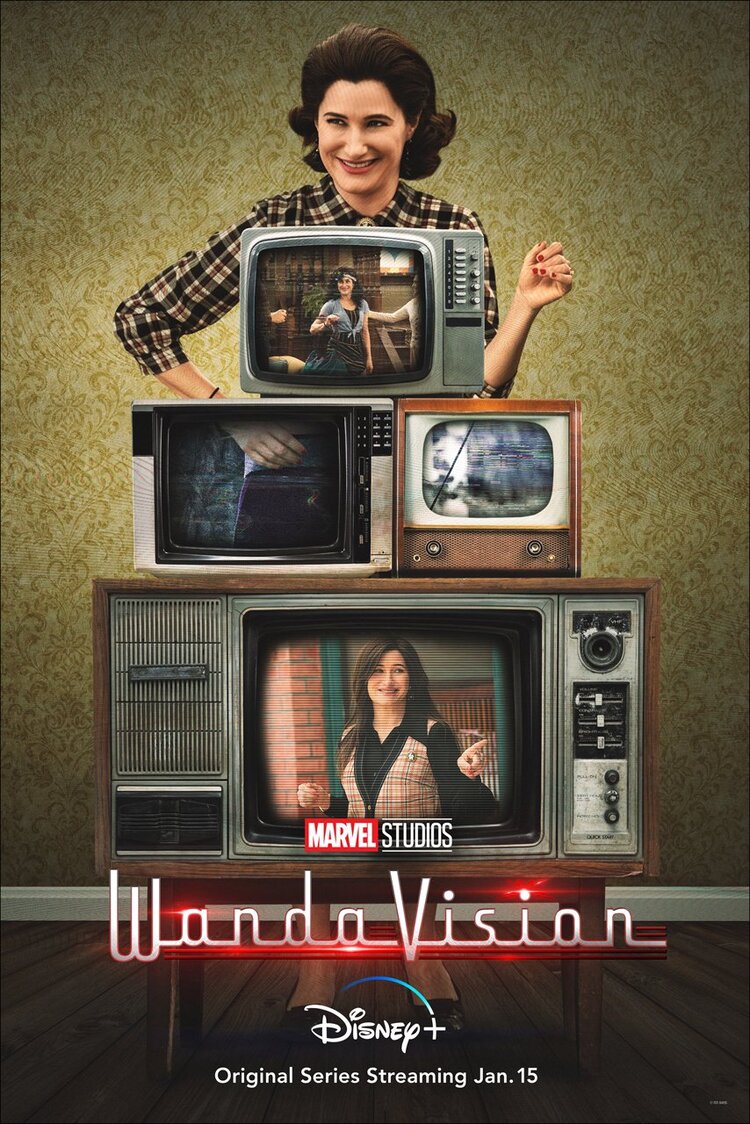 The series also stars Kat Dennings as Darcy Lewis and Randall Park as FBI Agent Jimmy Woo. The series is directed by Matt Shakman and written by Jac Schaeffer.