Time to get voting, bookworms.

After a long 7-year hiatus, the Filipino Readers' Choice Awards (FRCA) is back to uplift local literature and encourage budding readers and writers alike. Helmed by the Book Development Association of the Philippines (BDAP), the FRCA is an online voting competition that gives acclaim to a number of genres written by Filipino authors.

The FRCA began in 2012 and held its last awards night in 2015. This time around, they're back to cater to a new generation of bookworms.

Their pool of genres include: Fiction, Graphic Novels, Nonfiction, Romance, Humor, and Young Adult, and the new additions of History and Translated Work. 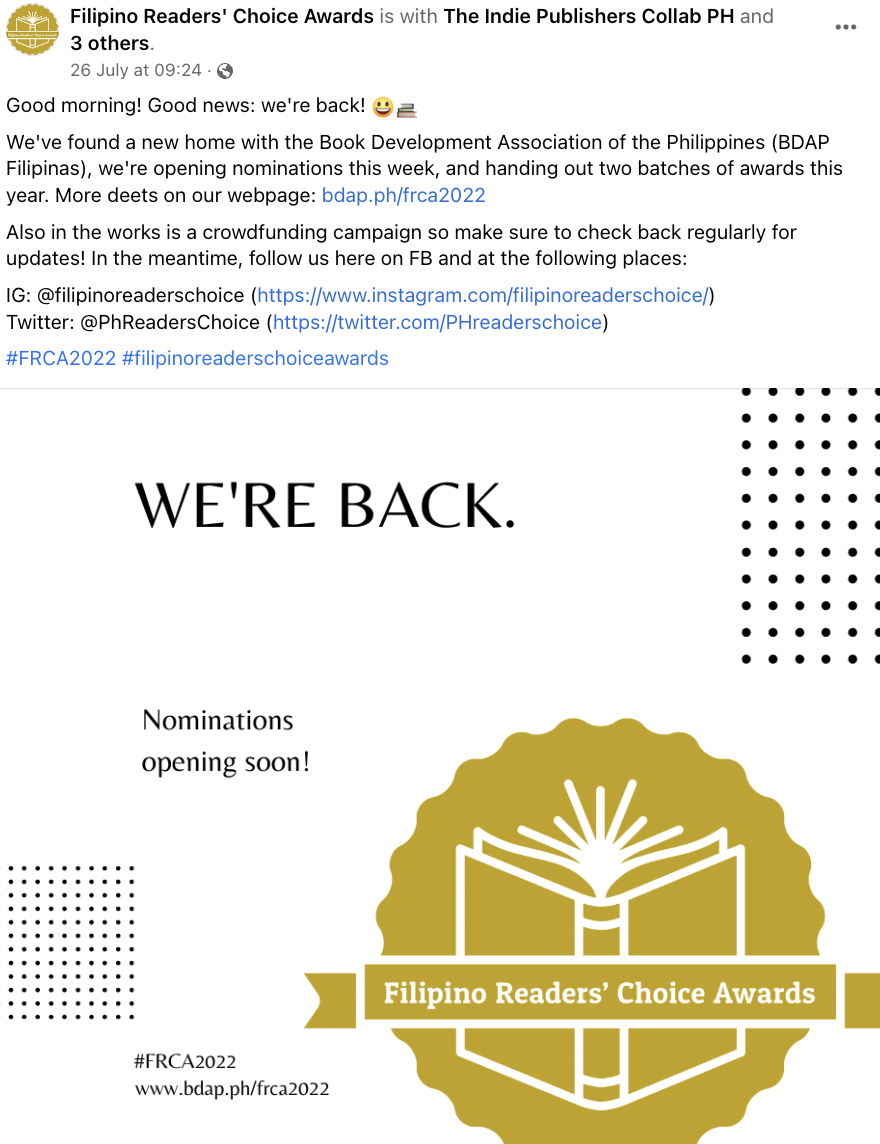 The unbearable rightness of reading

To make up for lost time, the FRCA is accepting book nominations for titles published from January 2015 to December 2021. Nominations have already been done, with over 1,300 titles sent in by publishers and individuals. You can check it out here.

Two batches of winners will also be announced, with the first for titles released from 2015 to 2018 and the second for those published between 2019 and 2021.

MIBF 2022: What to expect in the Manila International Book Fair's on-site return to SMX