Sometimes, a flash of inspiration just hits people even in the most mundane situation.

In this now viral tweet that spawned a host of other similarly hilarious takes, a Twitter user used a photo of Judy Ann Santos as the cover for a report about "Judaism."

In an earlier post on Facebook, a certain enterprising student reporting on "Pagmimina" or mining used as his cover photo a picture of, who else, the K-pop celebrity Mina from the girl group Twice. 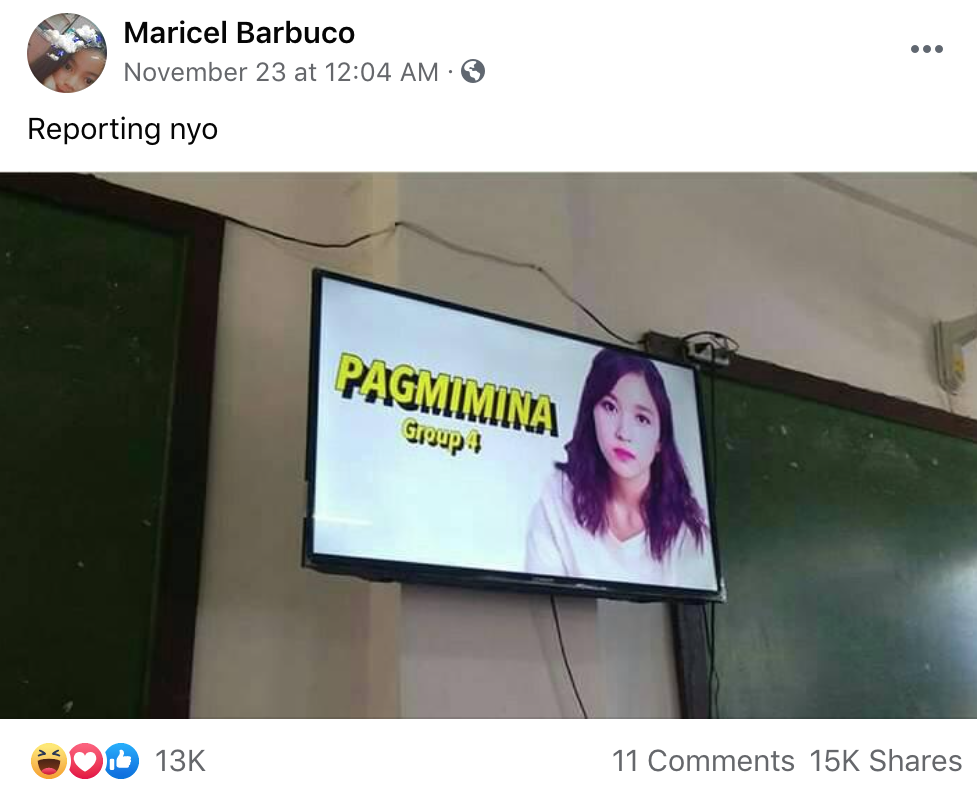 How about this Dualism card featuring English singer Dua Lipa? 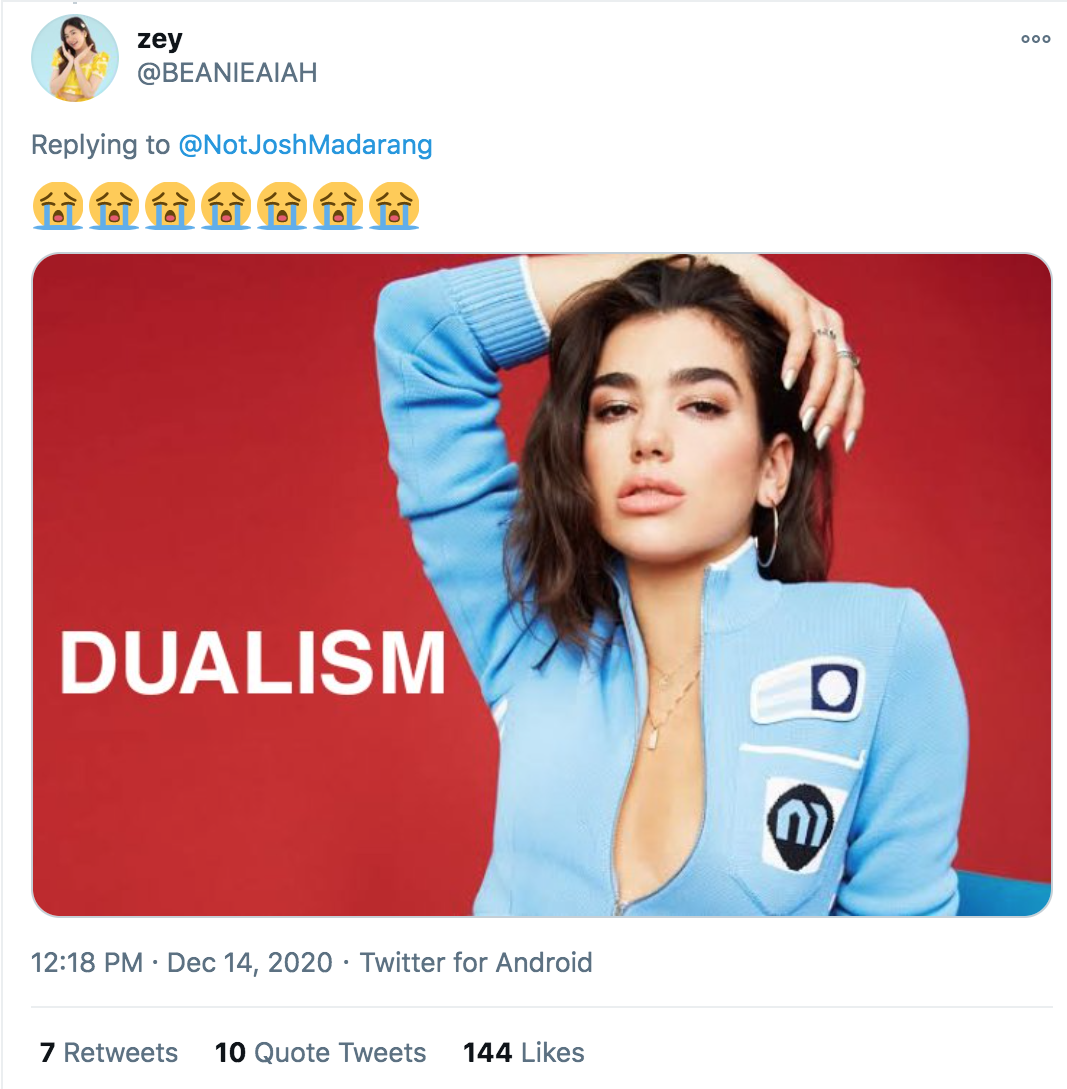 The Professional Heckler also tweeted his contribution featuring his takes on Daoism, Bodiesm, Zorroastrianism, and Katolicism.

And last but not the least, here’s a supposed report about the Barangay Micro Business Enterprise Act of 2002 or BMBE featuring Bimby.