Mini-Pufts are out of the bag in the recently released trailer for the upcoming adventure comedy Ghostbusters: Afterlife.

Columbia Pictures’ latest teaser for the film features tiny, adorable versions of the iconic Stay-Puft Marshmallow Man from the classic 1984 Ghostbusters film, which you can check out below.

In Ghostbusters: Afterlife, when a single mom and her two kids arrive in a small town, they begin to discover their connection to the original Ghostbusters and the secret legacy their grandfather left behind. The upcoming film stars Carrie Coon, Stranger Things' Finn Wolfhard, Mckenna Grace, and Paul Rudd.

The film is written by Jason Reitman, the son of Ivan Reitman, who directed the original Ghostbusters film written by Dan Aykroyd and Harold Ramis.

The long-awaited film serves as a continuation of the 1984 original and 1989 sequel and is banking on the nostalgia factor of the classic franchise, with the original crew of Bill Murray, Dan Aykroyd and Ernie Hudson coming back, along with Sigourney Weaver and Annie Potts (as secretary Janine Melnitz).

Shortly after the trailer featuring Paul Rudd’s encounter with the adorable, but sadistic mini-Pufts was released, a new toy line tie-in was swiftly announced. The Mini Pufts have already drawn comparisons to Gremlins and have been called "the next Baby Yoda."

Hasbro announced a line of Ghostbusters Mini Stay-Puft Surprise toys designed to look like characters from the 2021 Ghostbusters: Afterlife film. 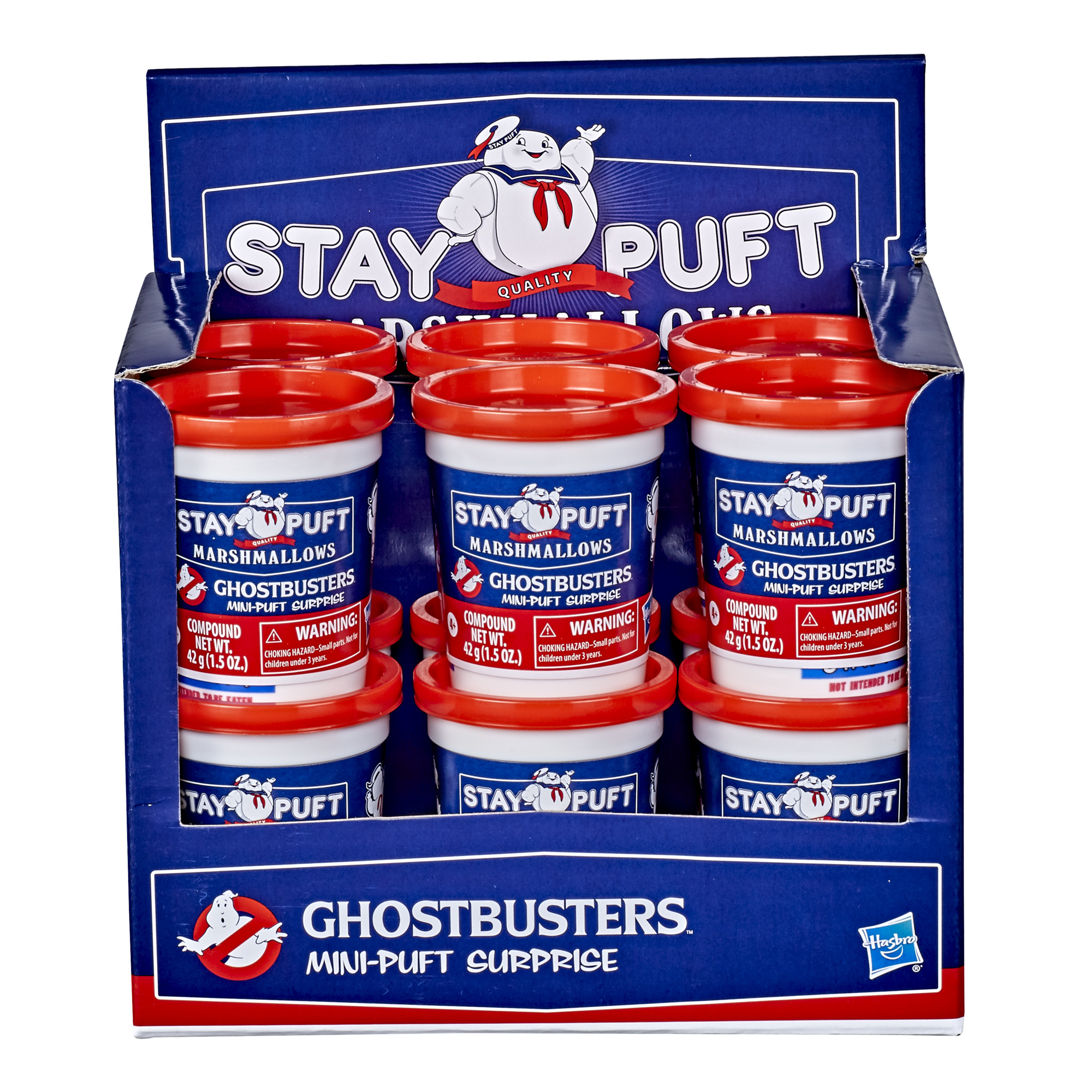 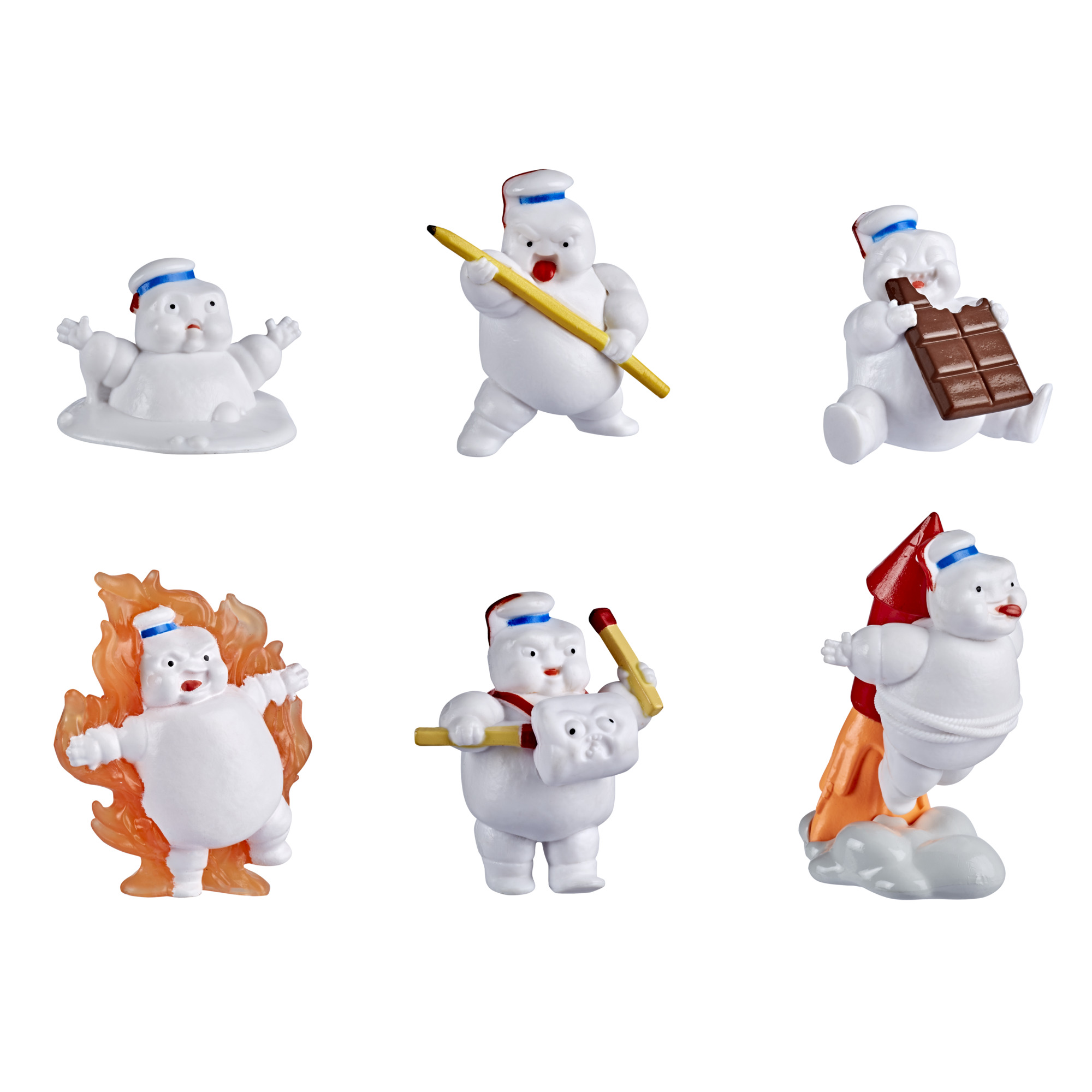 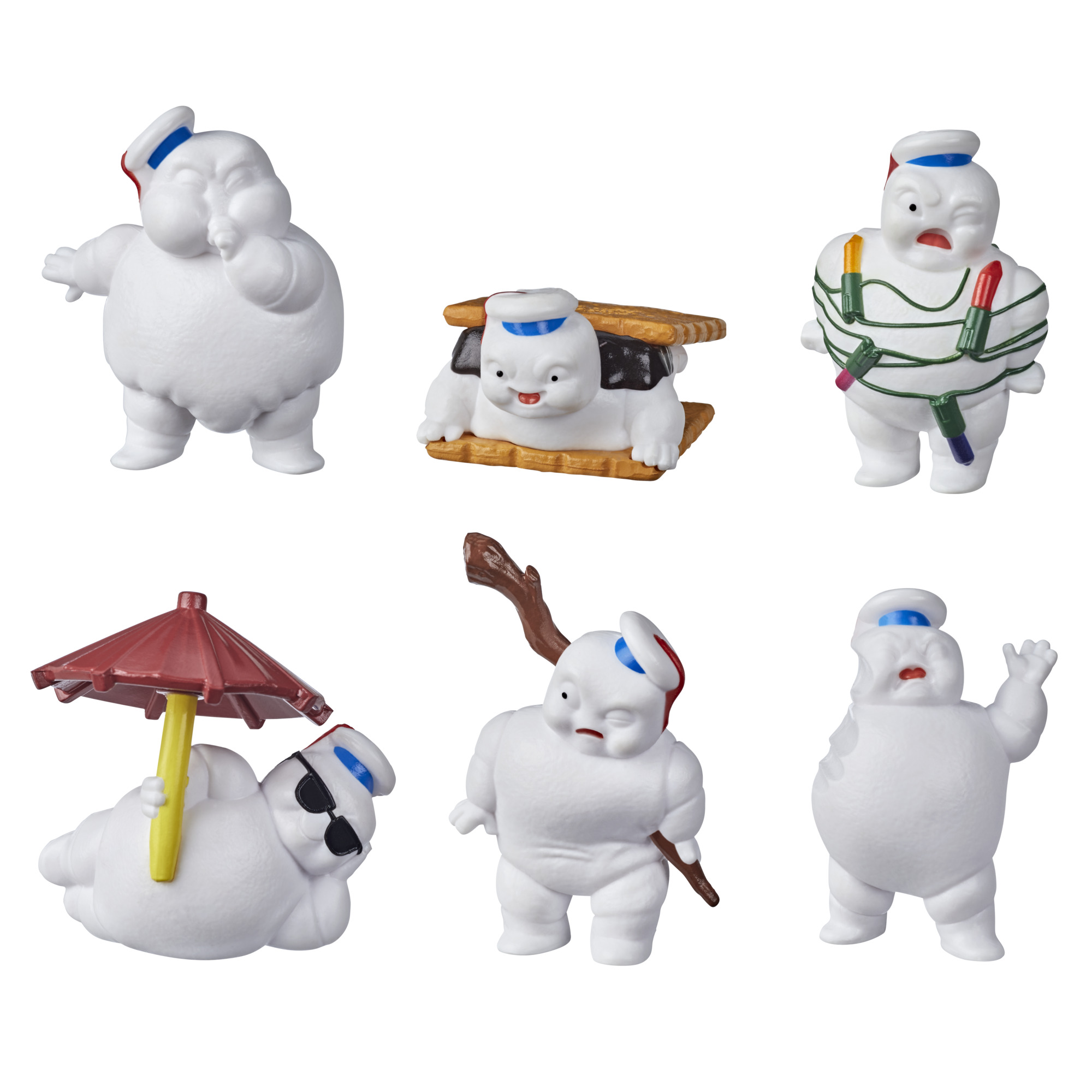 Each 1.5-inch figure has mischievous personalities from the movie and will be found inside a small tub filled with a “goopy marshmallow-like compound.” Kids and collectors alike will have to dig into the slimy substance to reveal which toy they got.

The Ghostbusters Mini-Puft Surprise figures will reportedly be unleashed in "multiple blind waves with six unique figures per wave" and will be found at “most major retailers” for the price of $5.39.

Ghostbusters: Afterlife will be distributed by Columbia Pictures, the local office of Sony Pictures Releasing International.

The film was originally slated for a July 10, 2020 release before being delayed multiple times due to the pandemic. It's now expected to be released in Fall 2021.