The music of Ben&Ben and BTS served as the soundtrack for 2021 for most Filipinos based on Spotify's yearly round-up.

BTS, meanwhile, was the country’s top streamed K-Pop artist, followed by TWICE, BLACKPINK, IU, and SEVENTEEN. The septet’s BE clinched the fourth spot in the country’s most streamed albums.

The K-pop sensation's smash hit Butter was also the country’s second most streamed song in 2021. The Voice Kids alumnus Tabudlo’s Binibini was on top of the list, joined by global artists with Filipino roots: Olivia Rodrigo with driver’s license (No. 3) and Silk Sonic’s Bruno Mars with Leave the Door Open (No. 5). Rodrigo’s award-winning song was also the most streamed song globally.

This year’s Spotify Wrapped saw new personalized features, like “2021: The Movie,” a video montage of one’s top played songs paired with the iconic scenes from the cinema that is their life; “Your Audio Aura,” a visualization of one’s music mood; “Playing Cards,” an interactive data-based game of two truths and a lie; and “Wrapped 2021: Blend,” an extension of the Blend feature launched in August to see how one’s music taste matches up with friends. 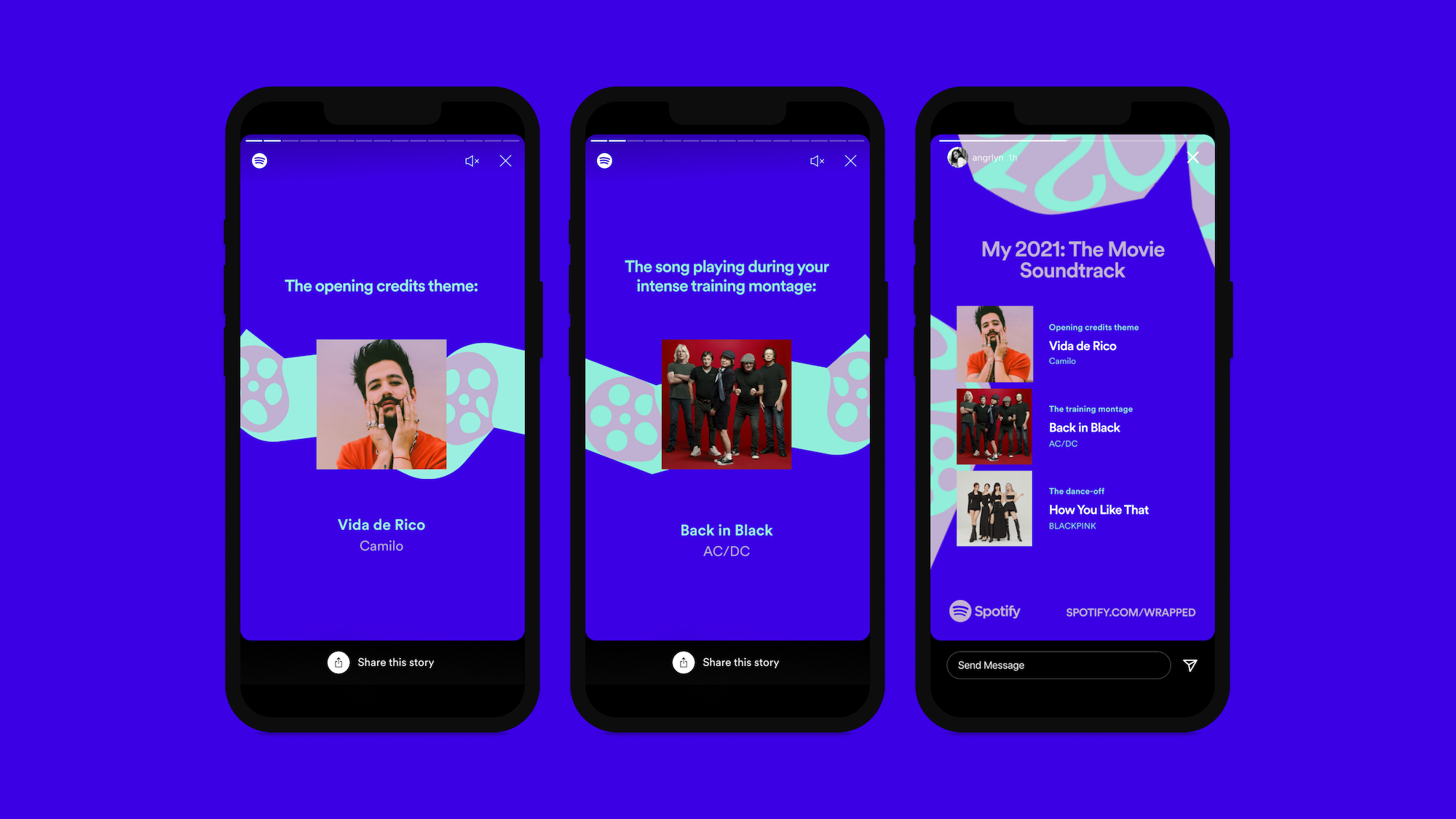 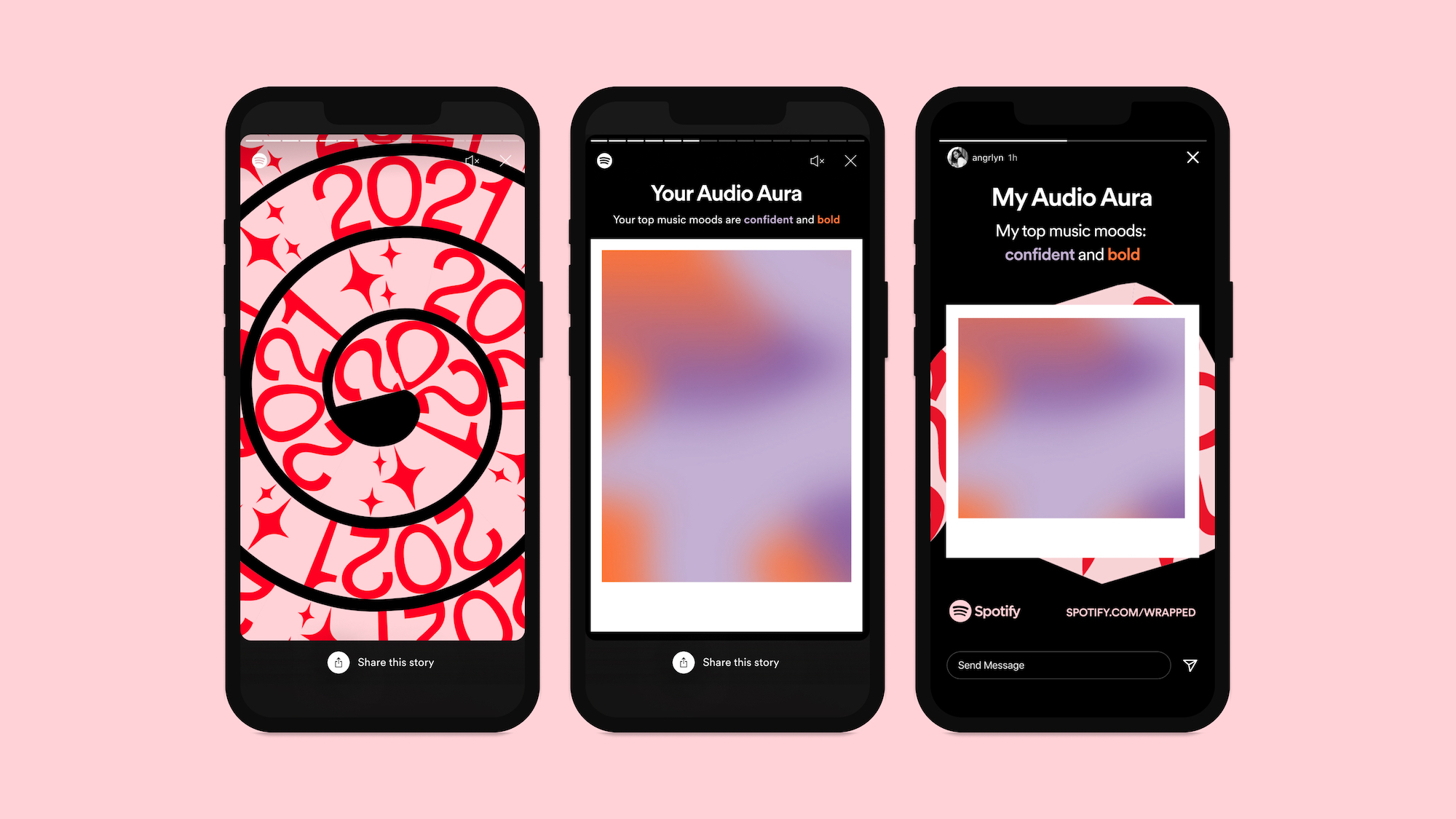 Over 381 million Spotify users, including 172 million Premium subscribers of the audio streaming platform, may access their Wrapped data exclusively in the iOS and Android mobile apps.

You may check out Spotify 2021 Wrapped’s rankings below: 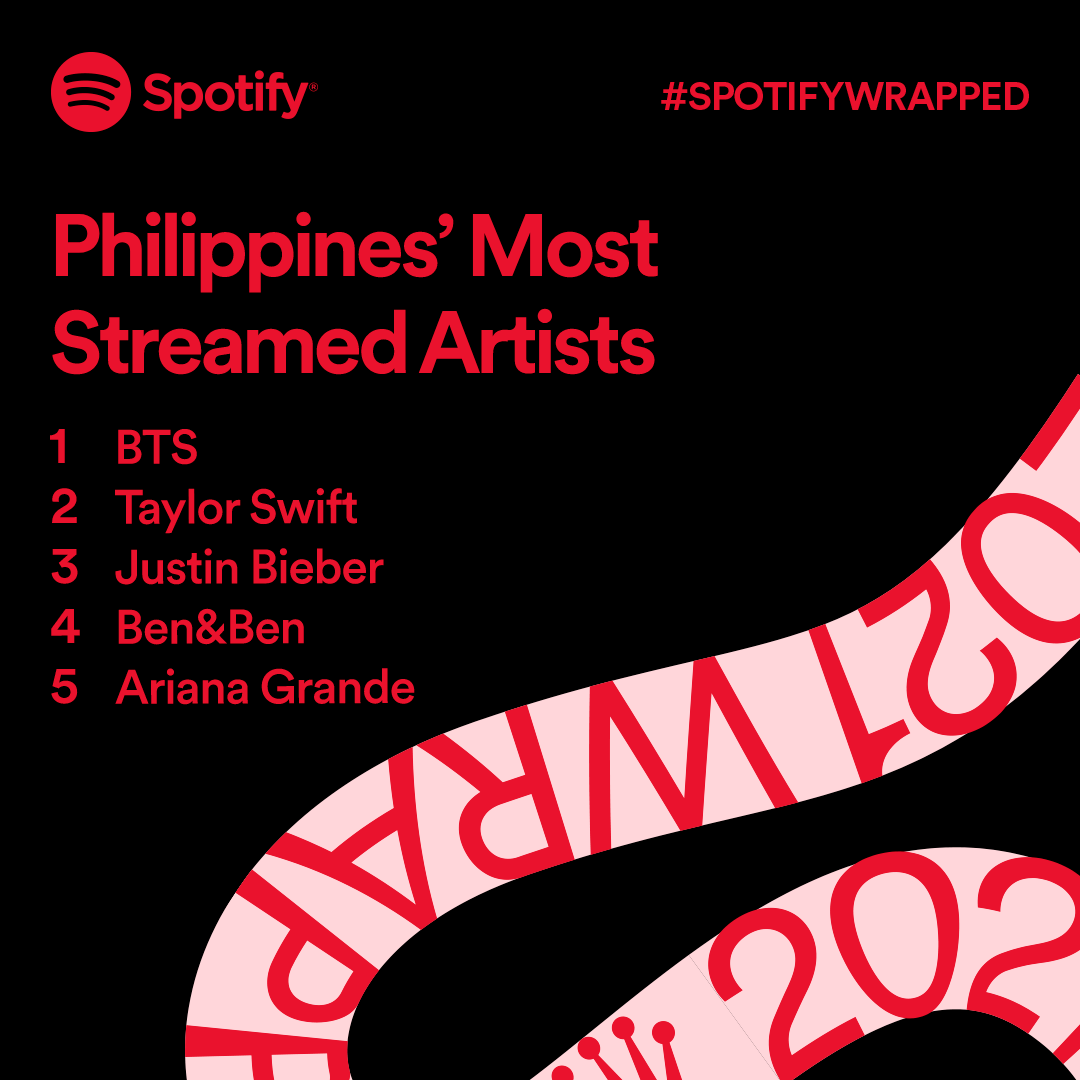 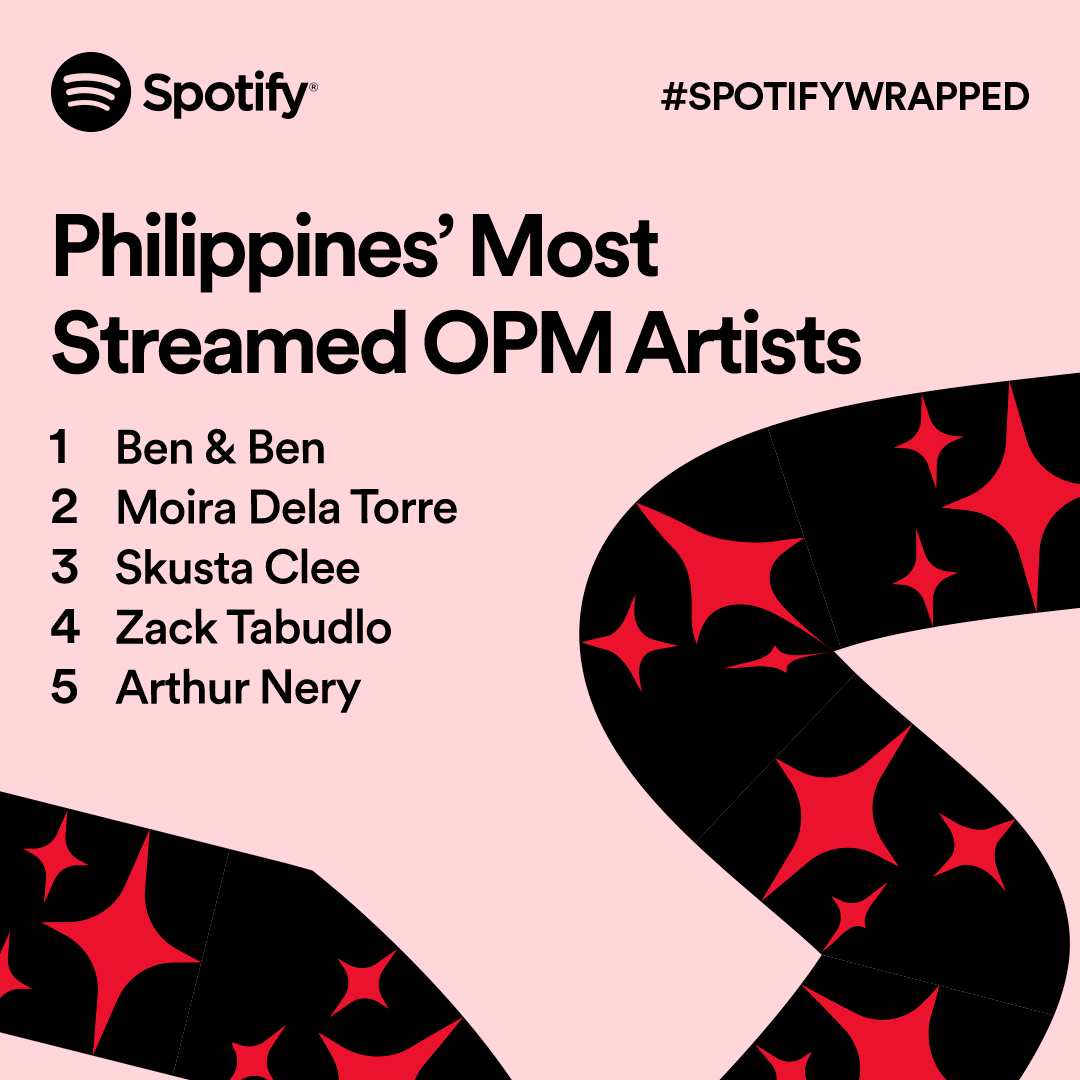 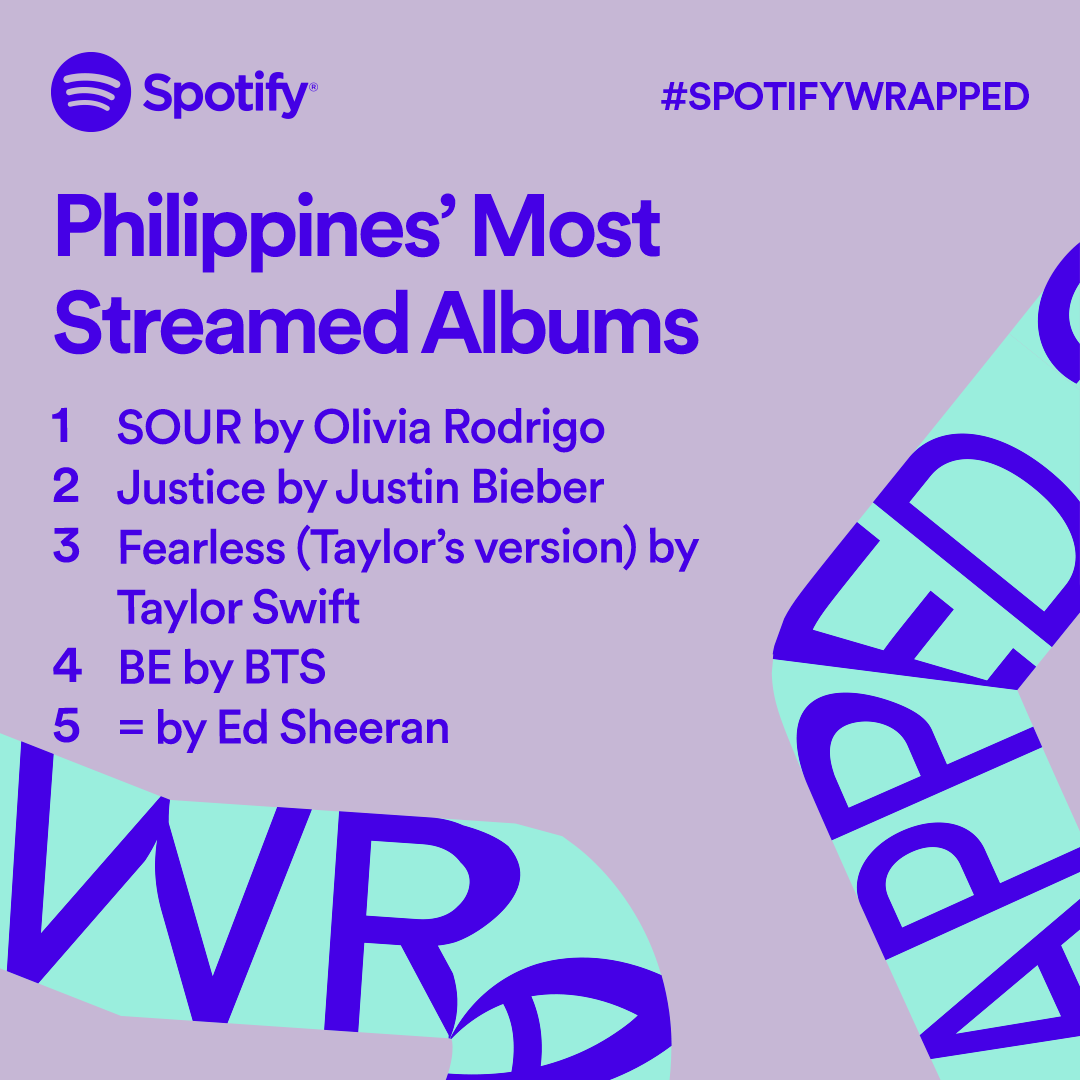 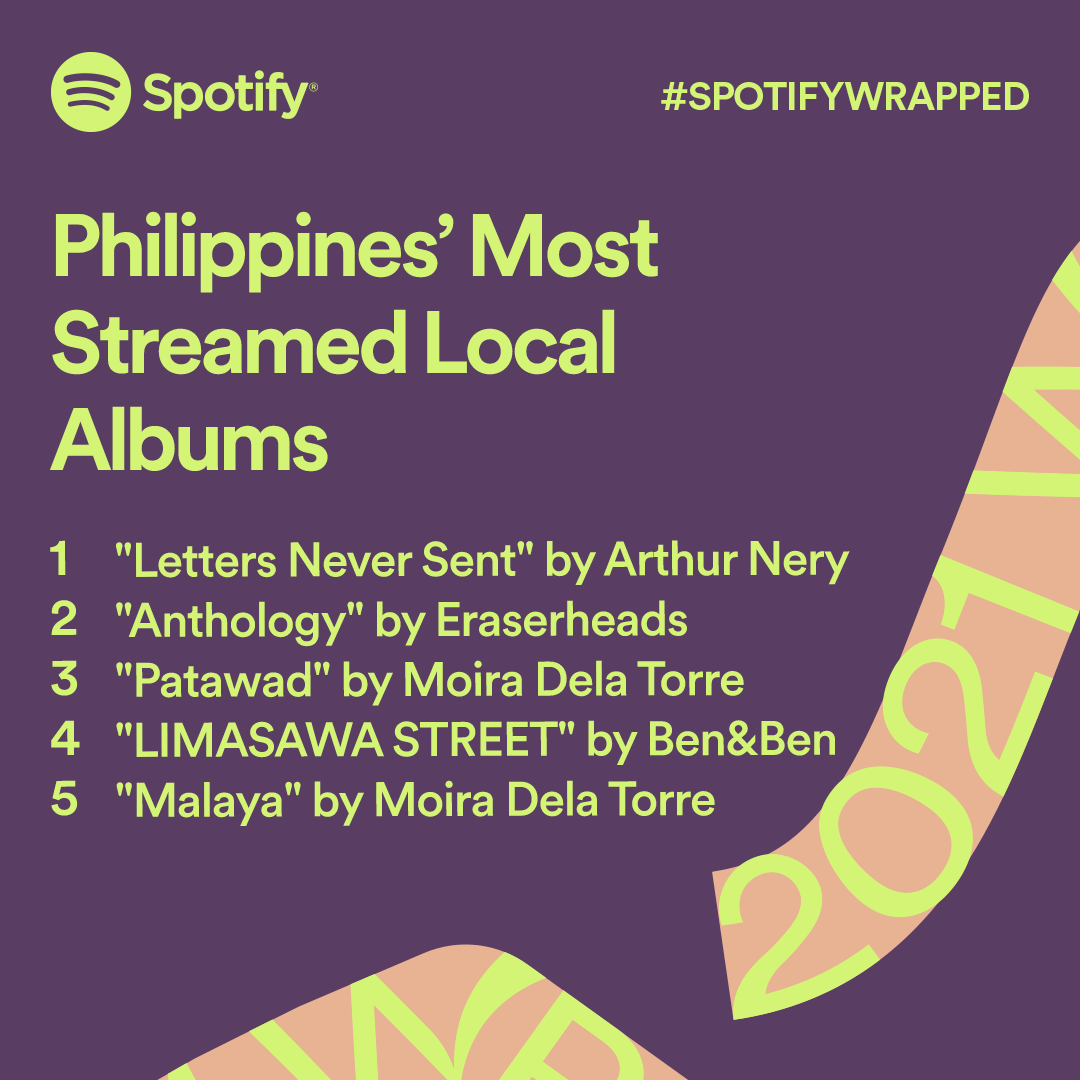 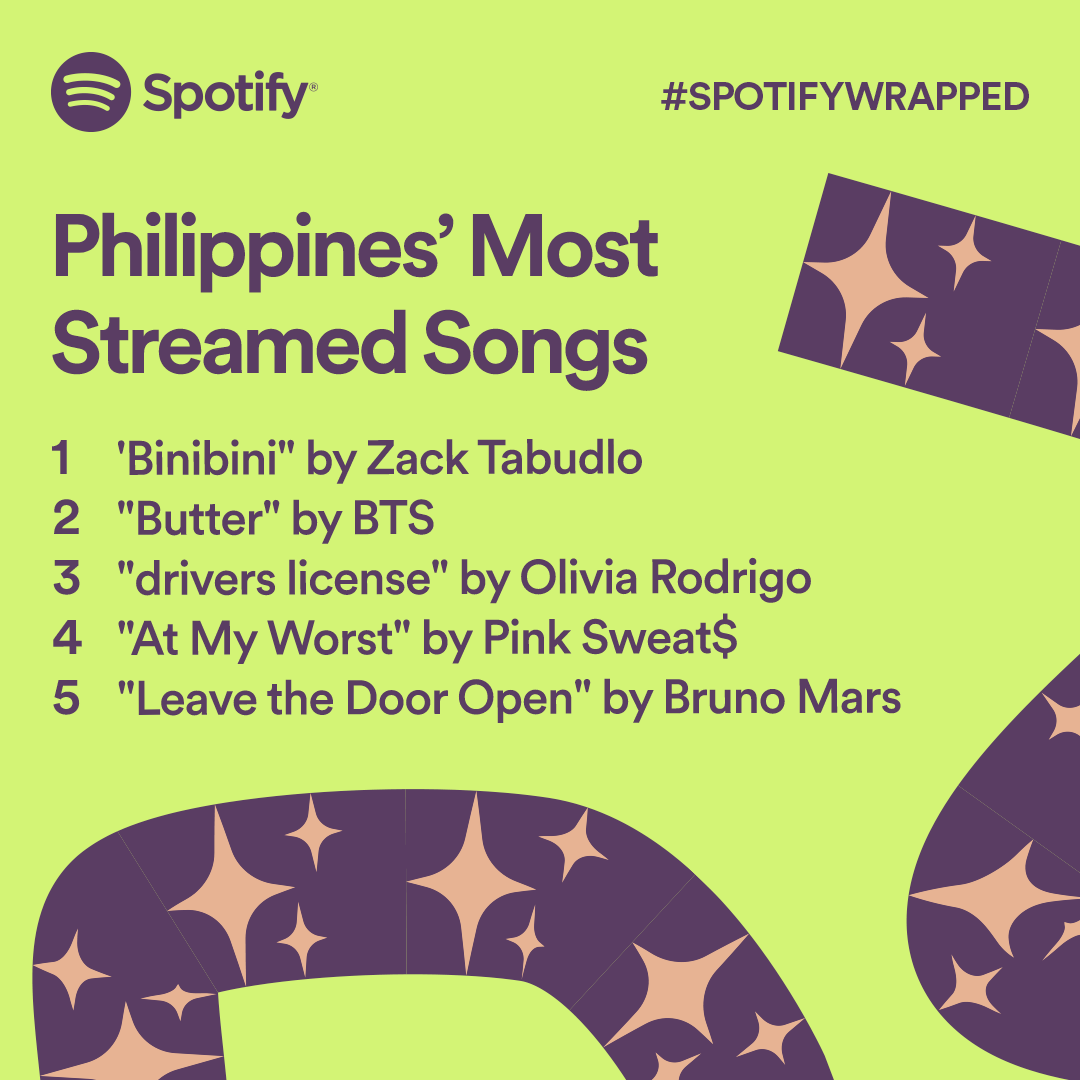 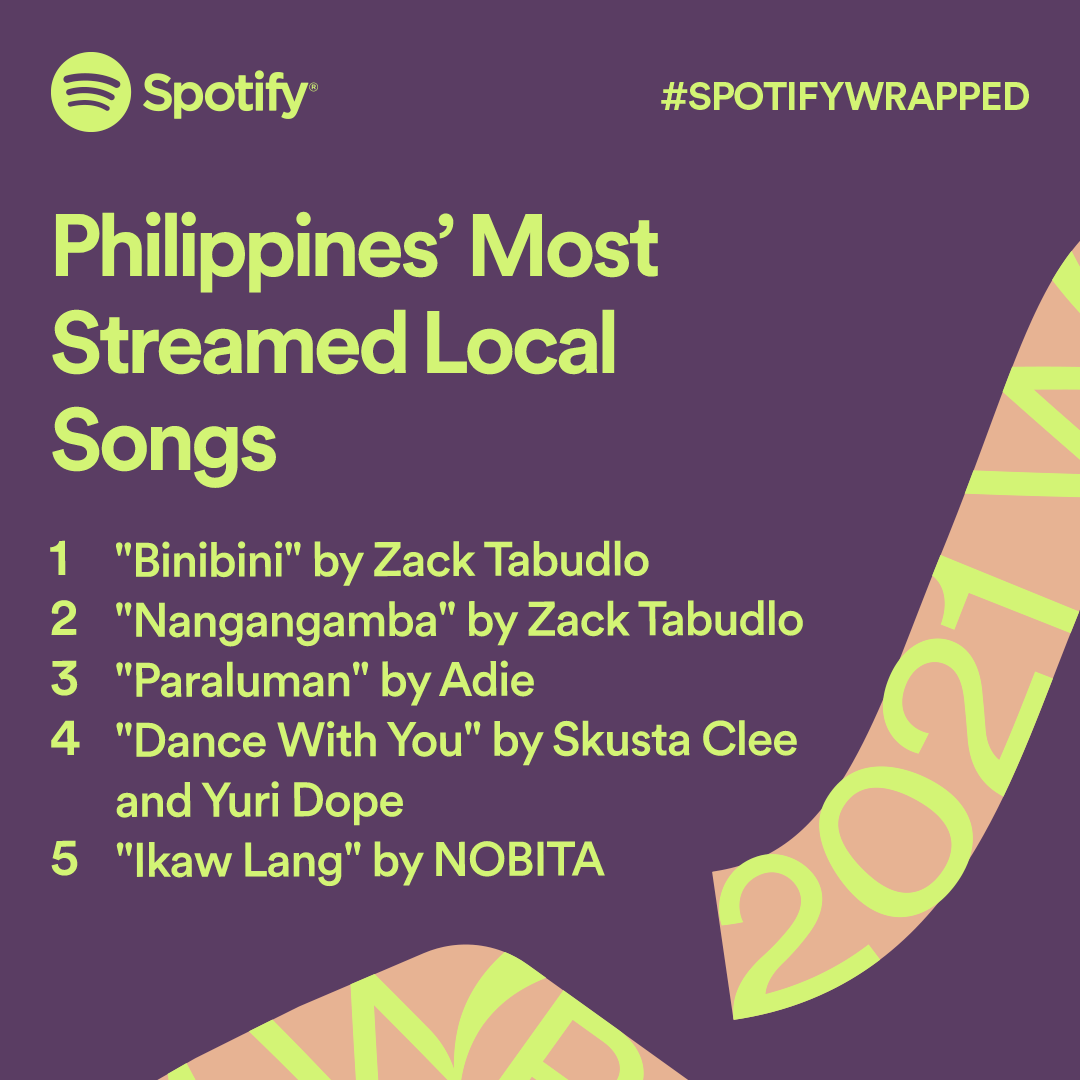 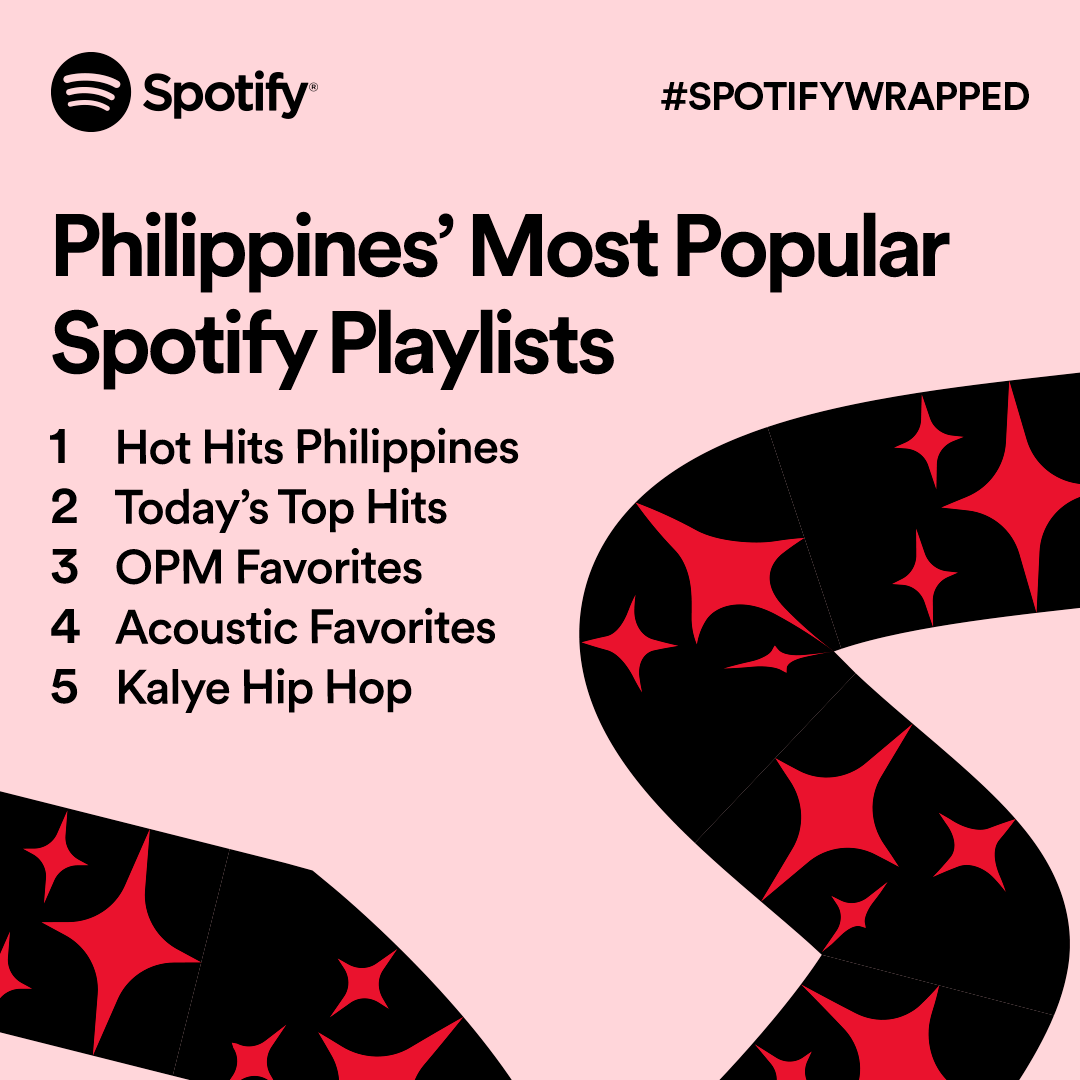 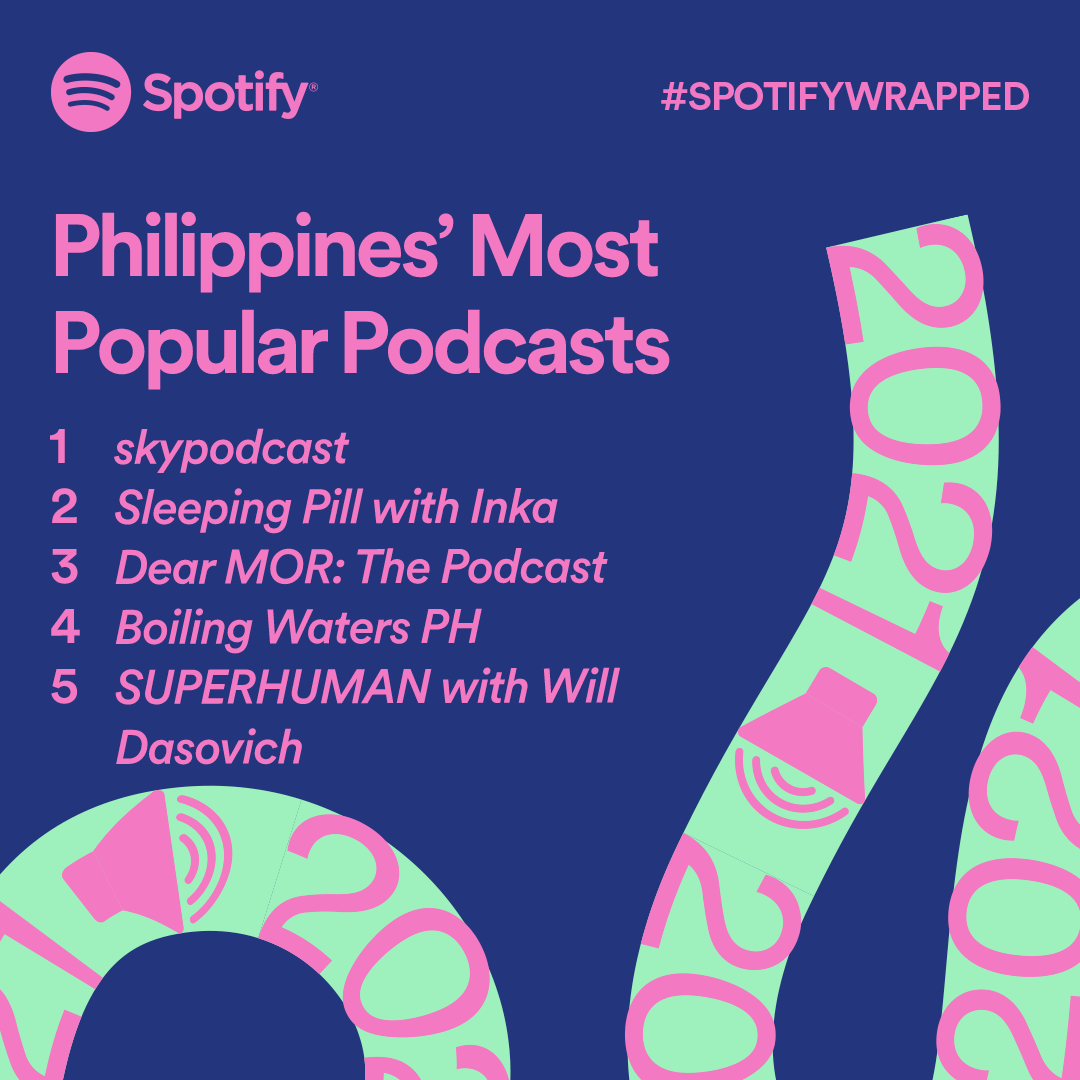 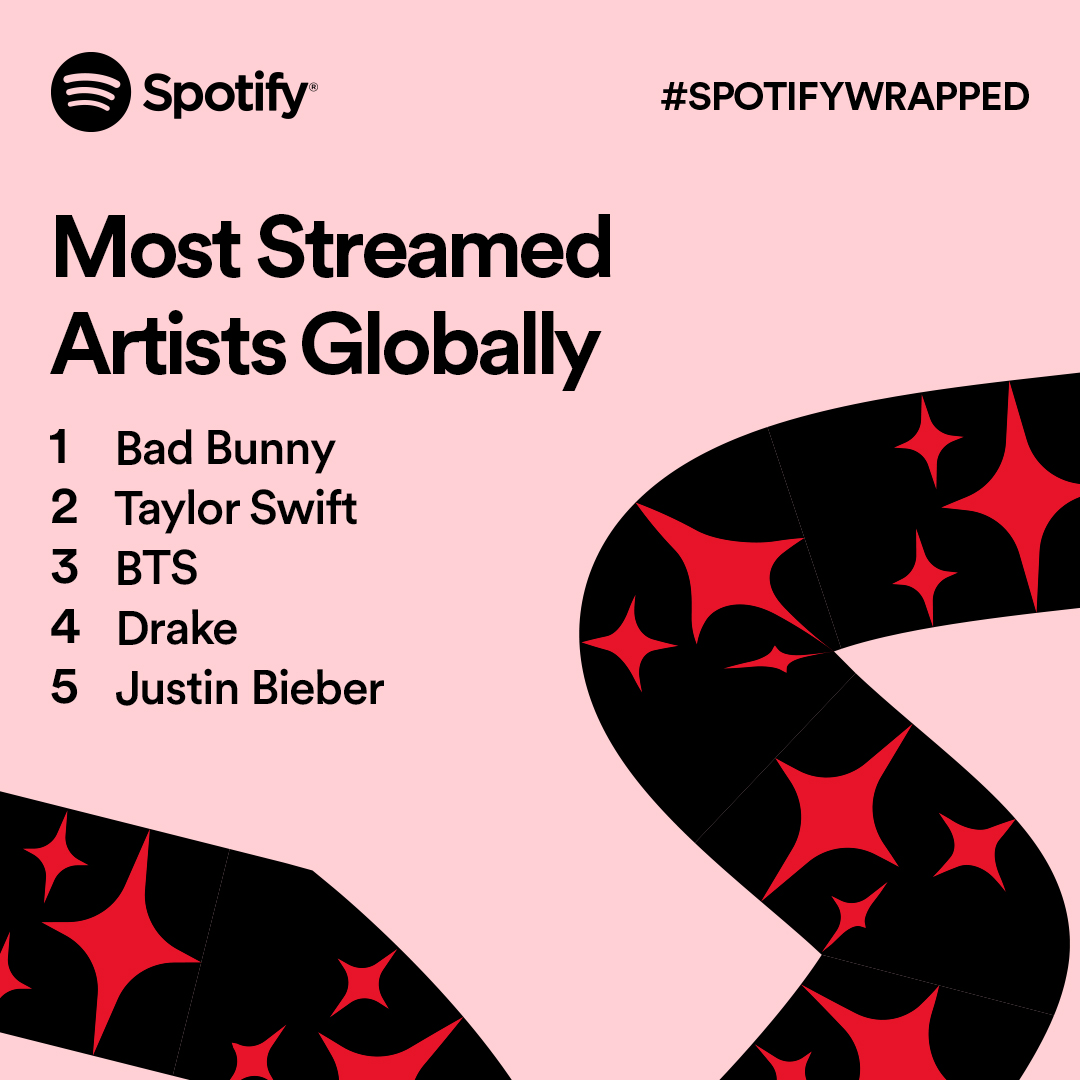 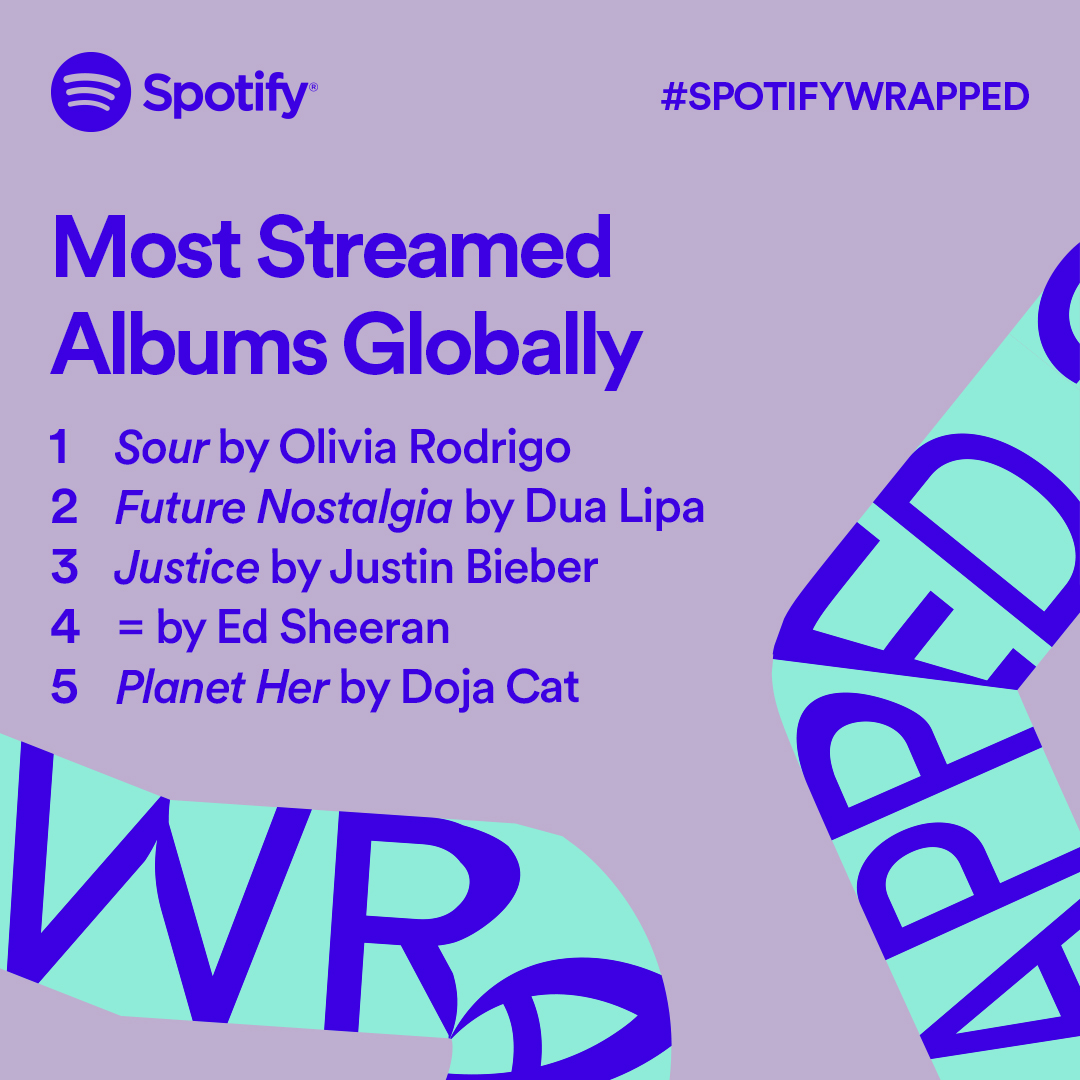 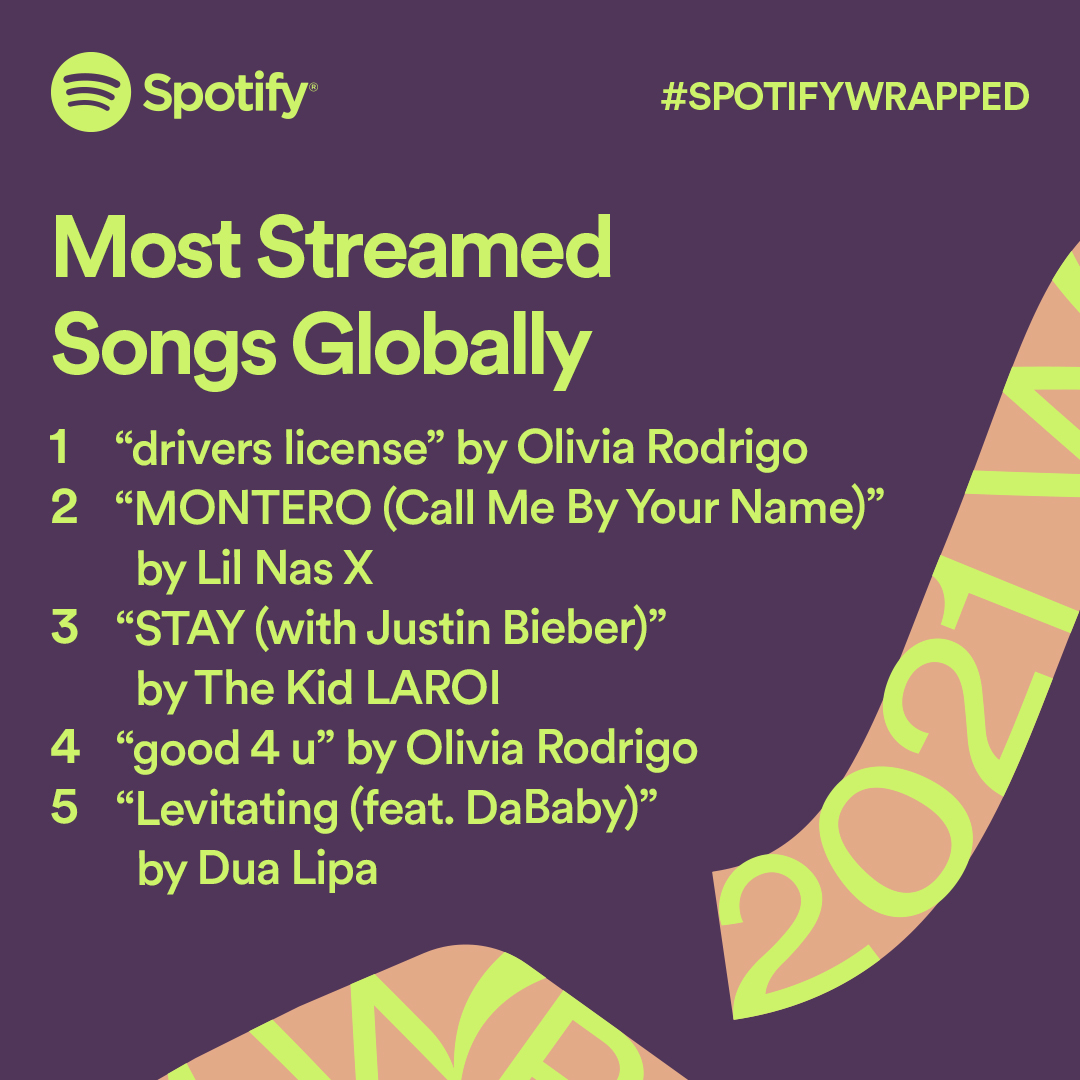 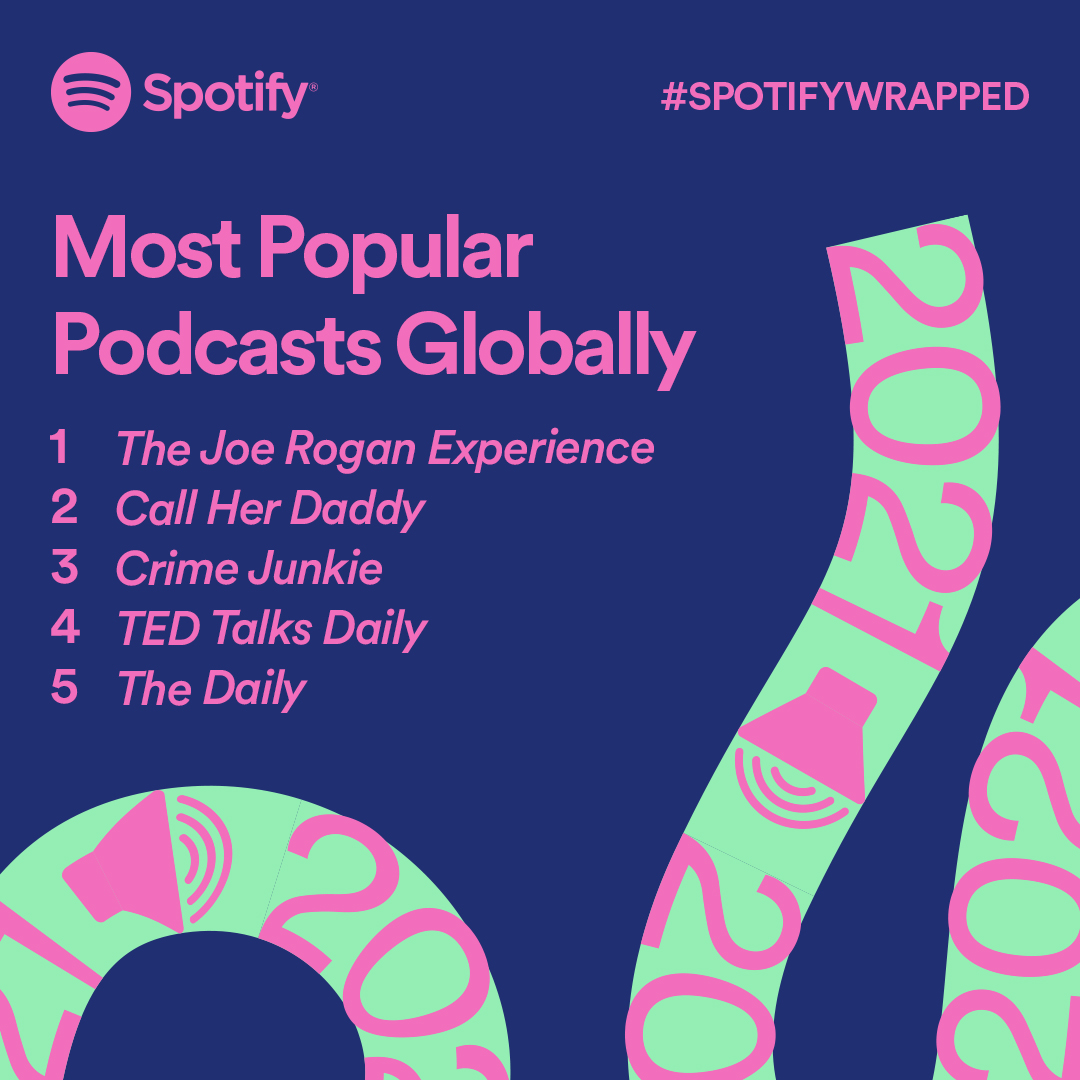