The long wait is over! After years of waiting in vain, BTS Army can finally play the BTS Universe Story Game in the comfort of their homes. This is special specifically for the earlier fans of the group because the characters of this game are based on the fictional BTS storyline featured in their previous music videos from the Wings era.

The complex narrative is quite hard to decipher, especially for new armies, and you need to devote some time to review the past music videos, read the Save Me web toon and the newly published The Most Beautiful Moment in Life: Notes 1 and 2 Books. Whew! 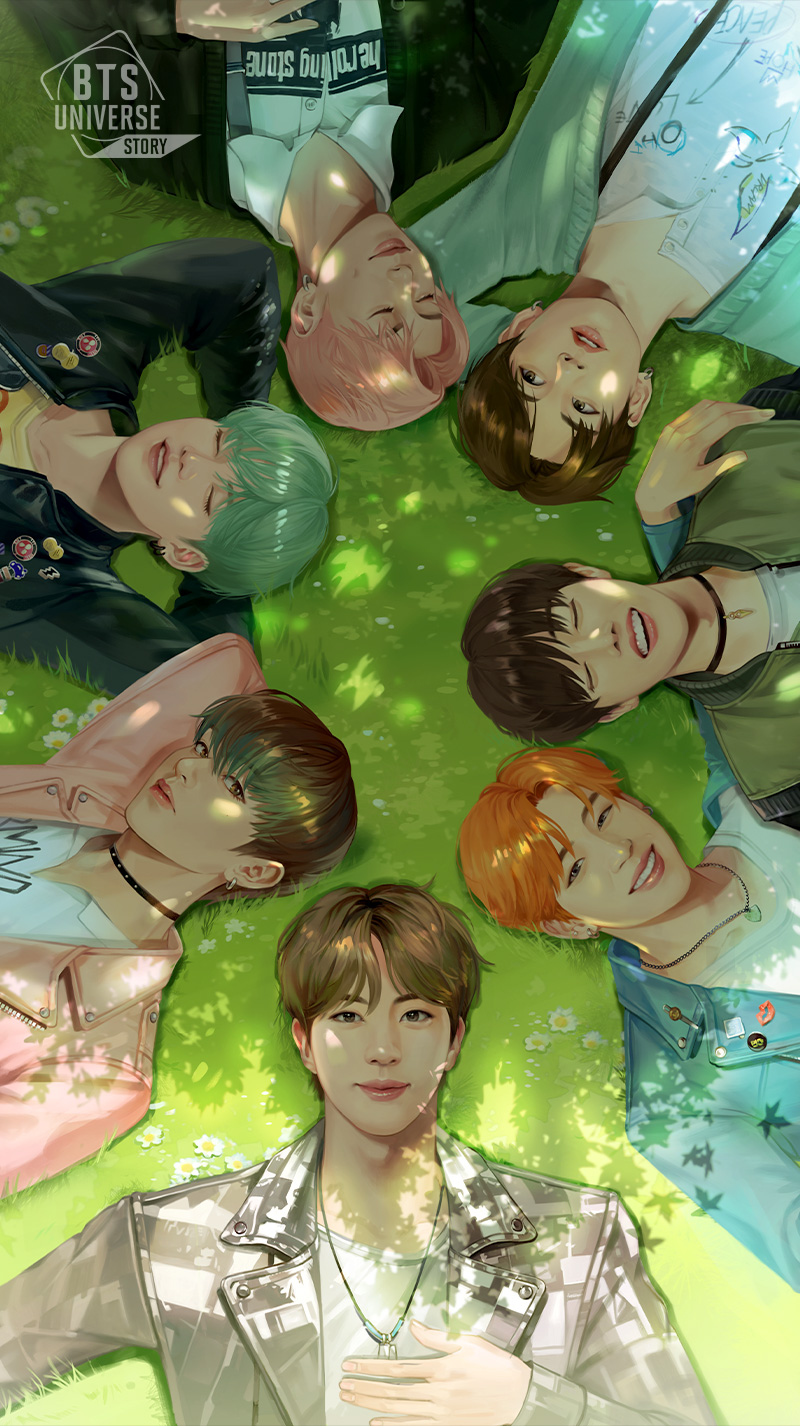 I have to admit that I don’t really download games on my phone. I have a love/hate relationship with mine. I don’t even have the Instagram app installed (but I have Weverse shop for my Bangtan needs) but the explosive and dramatic trailer for the BTS Universe Story game just made me consider downloading it so I can help SeokJin (BTS Jin) with his goal to save his friends from demise!

You may find some of the scenes familiar because they’re inspired by past music videos like I Need U, Run, Butterfly and Young Forever.

Dramatic, right? It can be confusing for non-BTS fans, but maybe these short teasers from the Wings era can help (or confuse you more) for the storylines of the individual characters:

I downloaded the game using a relative’s phone by the time it was released on Thursday (KST). Guess what? It crashed. The Power of BTS Army!

Thankfully, the issue was resolved right away. Let’s play!

Keep in mind that this is a FICTIONAL storyline. Don’t take it too seriously!

Once you enter the game, the Prologue of BTS Universe Story plays. It is narrated on the point of view of SeokJin, the protagonist of the story. It will give the users a glimpse of the "happiest days" of the friendship between the seven boys and how SeokJin tries to save them one by one. As the story lays out, the song Butterfly plays in the background which made it more emotional. I am not watching a KDrama, but why am I crying?

Then it shifts to SeokJin’s introduction. "How did this happen? Where Did I Go Wrong?", he contemplates as his solo song Awake plays in the background. How can he stop Jungkook from choosing extreme choices? How can he help NamJoon with his financial worries? How can he save Yoongi from his self-inflicting thoughts? Will Jimin be released from the psychiatric ward soon? What can he do for Hoseok who is now depressed due to an injury? And how can he save Taehyung from committing a crime against his own father?

These problems are no joke. So now, it is up to the player to decide on the storyline as it progresses. Will you be able to help SeokJin in making the right choices? Every choice has its pros and cons. I nearly fainted when I made a wrong choice in NamJoon’s episode (How to Offer a Hand) which caused him and Seokjin to fight! Arghhh!

A reflection on the game and real-life scenarios 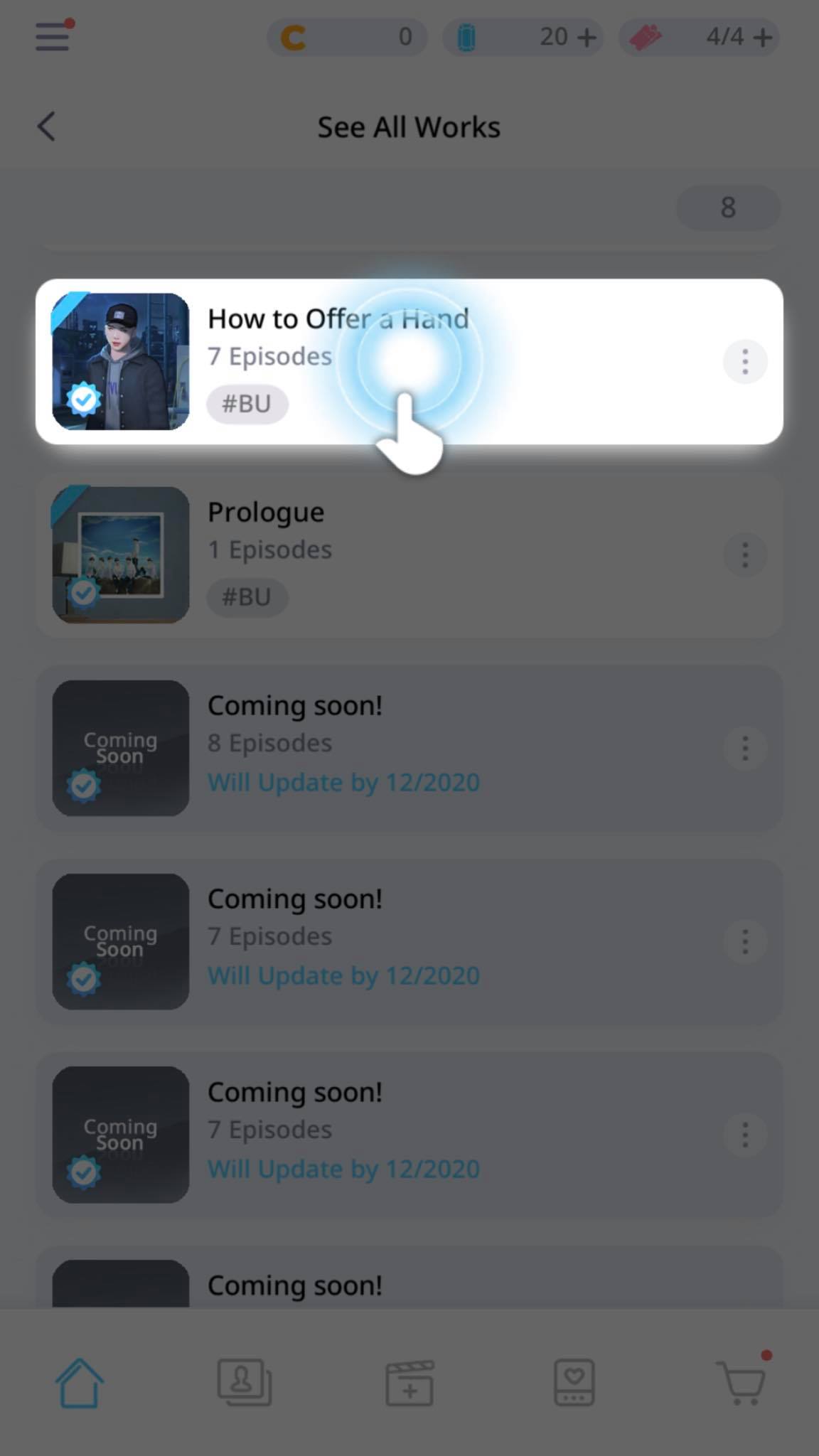 As a non-paying player, I was only able to access one official episode focusing on Namjoon. Jungkook and Yoongi’s stories are available, but you have to pay to progress further. 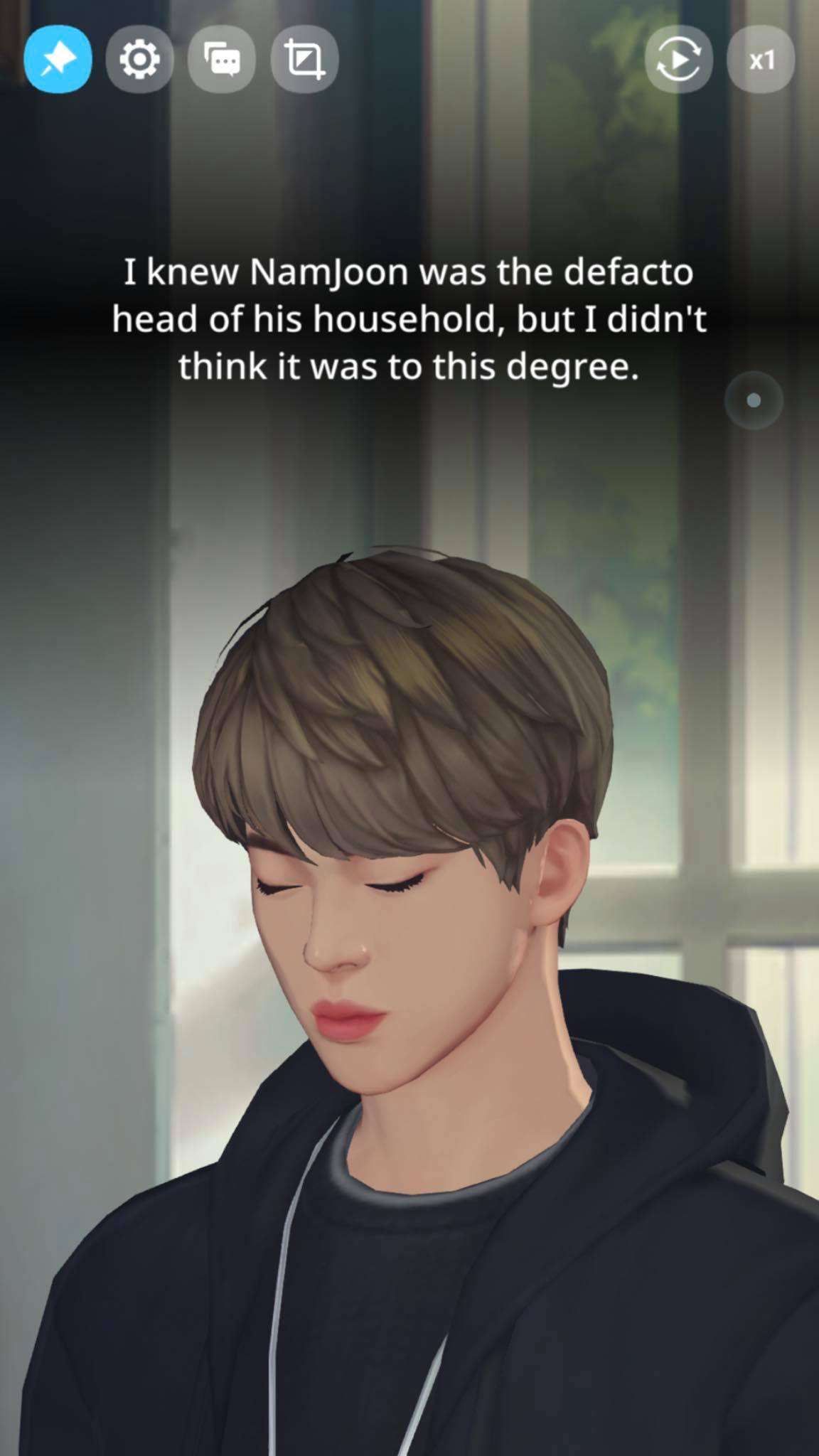 One of the realizations that I had while reading and "playing" NamJoon and Seokjin’s part is the reality that sometimes, we have to dig deeper in order to understand why people get involved in certain situations. In NamJoon’s episode, he is a part-timer at a gasoline station who works multiple jobs in order to help his family and to survive. He is the type of person who doesn’t want to ask for help or look pitiful in front of his friends. By "helping" SeokJin in the game, we discovered that NamJoon read books in order to escape from reality even just for a bit since money has always been an issue. 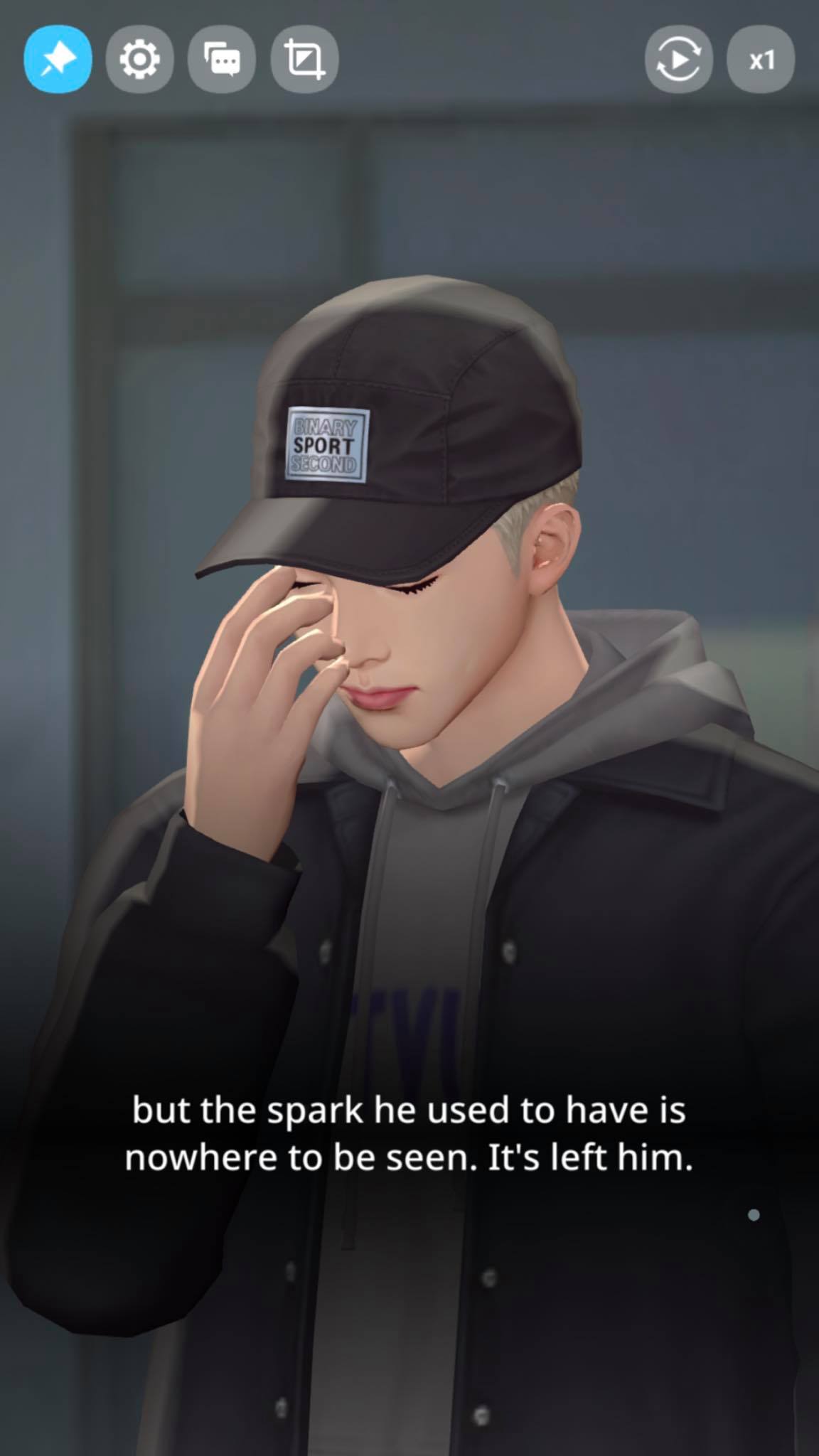 Oh wait. I am supposed to review the game, right? Well, you don’t only discover the complex world of BTS Universe Story. You also get to reflect on some real-life scenarios and think about friends who had been in a similar situation.

When the songs House of Cards, Epiphany and Reflection played, I got too emotional. Give yourselves a favor and listen to these songs! Understand the lyrics too.

The fun part – create your own story!

Honestly, I got affected by NamJoon’s storyline to the point that I had to play all the NightTime versions of Dynamite to shake off Seokjin’s emotional baggage. I want something fun once I log in to the game again!

And boy, I really had fun exploring the other parts of the app. If the main BTS Universe Story is too heavy for you, or you want to visually interpret your fan fictions, it's possible to do that in this app!

How to create stories

I tried starting the first part of my story featuring SeokJin longing for his son RJ (the Kind Alpaca from BT21 Universe – we need a crossover!) who went on an outtaspace trip with Tata (the heart-shaped alien created by TaeHyung) without asking permission. Is this BTS’ way of encouraging our creative endeavors no matter how weird they sound like?

If you’re lazy to write your own storyline, you can read some stories created by other players. Here’s one of the featured stories and I had fun reading this one due to the inside jokes.

You can also customize their clothes, shoes, hairstyles, accessories and more! Time to play dress up virtually because I won’t be bothered to do that in real-life.

You can stage a scene, and the best part? You can meet your bias via AR! I had so much fun doing this that I "met" the seven members in the comfort of my own home!

Playing the BTS Universe Story is a fascinating and surreal experience for me. The side effects? You will bingewatch the old MVs of the group, listen and understand the lyrics of songs included in the HYYH (Hwa Yong Yeon Hwa or the Most Beautiful Moment in Life) and Wings era, eagerness to read the book and webtoon and you’ll miss them more.

Yes, we have an incoming BTS Week and a two-day online concert with exhibition, but you still miss them because the Bangtan boys made your quarantine life more tolerable and less boring.

Check out the official website of BTS Universe Story for more information.

(Screenshots taken from the game and BTS Universe Story website)