Most of us are longing for road trips these days. The ongoing pandemic forced the majority to stay at home and keep ourselves entertained by listening to music and watching movies and series that we prefer.

The Box is one of the films recently released locally through our digital platforms. The story revolves around Min Soo (Jo Dal-hwan) who is a has-been music producer facing financial hardships while constantly being chased by loan sharks; and Ji-Hoon (Park Chanyeol) a talented, good-looking young man who can sing well in any kind of genre—plus he can play the guitar and piano. 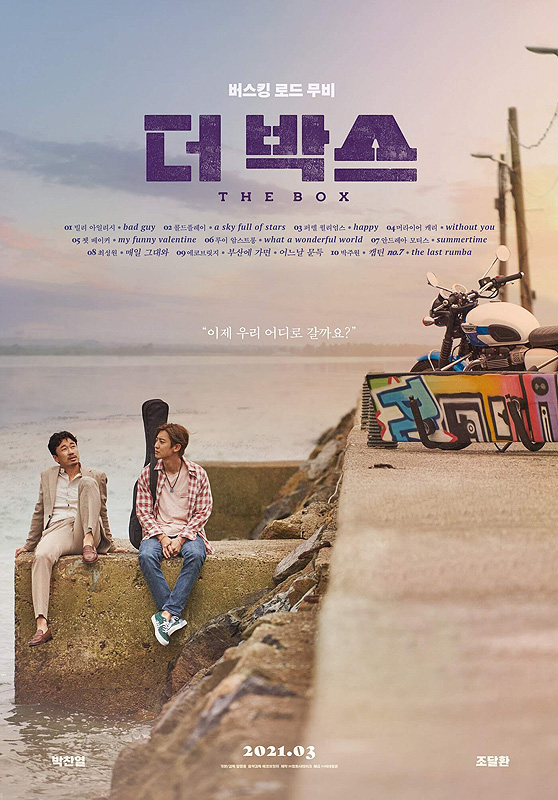 The two main characters meet in an unlikely place. With Min Soo seeing potential in his new discovery, he encounters a serious problem: Ji-Hoon is suffering from a severe kind of stage fright. This obstacle didn’t stop the producer. He came up with an idea of letting Ji-Hoon perform in public with him placed inside a cardboard box. Yes, a BOX!

In order to help his new talent gain confidence, Min Soo decided to take Ji-Hoon on a busking tour. The duo visited different cities like (Jeonju, Gwangju, Yeosu, Gyeongju and Busan) where they encounter different personalities, feast on local cuisine and develop a sort of father-and-son dynamic.

With Min Soo’s riches to rags past and Ji-Hoon’s insecurity caused by a childhood trauma, in a way, this busking tour became an emotional healing journey. This is especially appealing to me as a viewer because I miss traveling. It reminded me of road trips I took for granted. 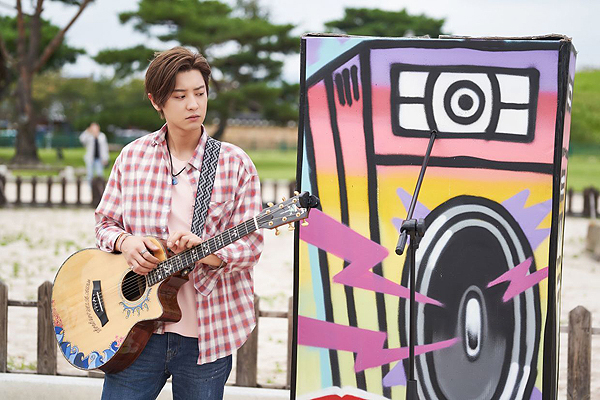 To be honest, the reason why I watched this film is for Park Chanyeol. I first saw him in the 2018 Hyun Bin-Park Shin Ye series Memories of the Alhambra and thought he was a good actor. Later on, I found out that he is the main rapper of K-pop group, EXO.

Apart from the performance and chemistry of the two lead stars, what I really loved about this film is the usage of English songs which were also sung by Chanyeol. You will appreciate this film whether you are a Kpop fan or not. Even my grandfather who watched the film with me loved it.

Some of the songs featured in the film include Without You by Harry Nilson, Bad Guy by Billie Eilish, Happy by Pharrel Williams (with Aancod) and A Sky Full of Stars by Coldplay. Another interesting character played by Kim Ji-hyun sung classic jazz versions of Summertime, My Funny Valentine, and What a Wonderful World. 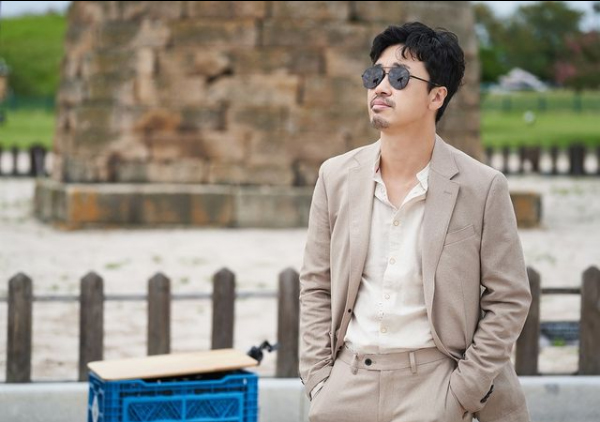 If you love films like Begin Again or even the Sandara Park starrer One Step, you will surely appreciate this one. It will also make you reflect on your own “box.” What is it that’s stopping you from pursuing what you really want to do?

I know that EXO-L’s, especially Park Chanyeol stans, miss him dearly. The group recently made a grand comeback with Don’t Fight the Feeling.

Thankfully, Chanyeol and Baekhyun were able to record their vocals and shoot the music video before they enlisted for the mandatory military service. Think of The Box as a precious gift from the versatile performer.

The Box is now available for streaming locally via VivaMax, KTX.PH and iWant. The film was written and directed by Yang Jung-woong under Studio Take.