The ox is the second animal in the zodiac who actually should have been first in the race organized by the Jade Emperor, if not for the wily and cunning rat who rode on the ox up until the homestretch when he jumped off and made a dash for the finish line. Such a cheater, that rat!

Taking off from the tale, the ox, along with those born under its year, is characterized as honorable, diligent, simple, and honest. In Chinese culture, the ox also symbolizes industry, wealth, prosperity, and perseverance.

Here’s a rundown of some famous people who are born in the year of the ox and who in one way or another embodies the animal’s symbolic traits.


Angel Locsin typified the qualities of those born in the Year of the Ox at the height of the ABS-CBN franchise renewal issue, as the former ‘Darna’ actress inspired other celebrities to rally behind the beleaguered network.

At times, she could be seen gracing the front page of fashion magazines with her effortlessly extravagant presence. But often, she continues to make waves online, influencing her hordes of followers who look up to her for inspiration.

Last January, one of her ads was even displayed in a billboard in the iconic Time Square in New York.


Solenn Heussaf has been riding on a wave of marital bliss after recently giving birth to her firstborn with husband Nico Bolzico. Solenn gave birth to the adorable Thylane Katana on Jan. 1, 2020.


Being dubbed as a ‘celebrity royalty’ at a young age, KC Concepcion exuded grace and beauty even when she was starting out in the industry.

After a string of films and TV series, she has been recently busy in her own business after launchingher jewelry line in 2018.

Now, she can be seen sporting her wares on her Instagram account while flaunting her curves. KC has also been advocating body positivity, encouraging her followers to be comfortable in their own skin.


Barack Obama inspired many Americans and non-Americans alike during his historic term as the 44th president of the United States. Besides being the first president of color in the U.S., his soaring rhetoric and lofty prose often became a source of pride and hope.

Though his term ended in January 2017, many still look up to him for his invaluable insight.

His much-awaited presidential memoir, A Promised Land, was also just released on Nov. 2020.

He has been recently active on the talk circuit, giving inspirational speeches in different events. 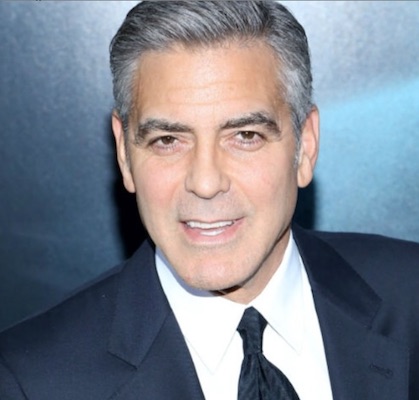 George Clooney, the dashing 59-year-old Hollywood A-lister is a certified multi-hyphenate. He is an actor, film director, producer, screenwriter, and even a philanthropist.

He has also garnered a number of accolades, such as three Golden Globe Awards and two Academy Awards.

Recently, he has been in talks with Amazon Studios to direct and produce the coming-of-age film, “The Tender Bar.”


After breaking through the music scene over a decade ago, Bruno Mars is now one of the best-selling music artists of all time. To date, the eclectic musician has already sold over 130 million records worldwide.

The Honolulu native, who has a Filipina mother, is a prolific musician who has bagged 11 Grammy Awards among many other accolades.

And he is far from done as he is reported to still be writing music everyday and is at work on his next album.


Pharrell has been around in the music scene since the 1990s with The Neptunes, a hip-hop production duo he formed with multi-instrumentalist Chad Hugo.

But despite his years in the industry, Pharrell continues to have one of the freshest voices in the business. He continues to remain relevant, bagging hit after hit. Besides having collected 13 Grammy Awards, he is also a two-time Academy Award Nominee.

Last we heard, he has been also busy with his other entrepreneurial pursuits.


Crowned as Miss Israel at age 18, Gal Gadot has been dubbed as ‘the biggest Israeli superstar’ countless times.

Her first international role was in the film Fast and Furious in 2009. But since then, her rise to fame likewise became fast and furious, leading to her iconic portrayal as Wonder Woman in the DC Universe.

In 2018, she was included in Time’s 100 most influential people in the world.


After gaining worldwide fame in the reality series Keeping Up with the Kardashians, Kylie Jenner has successfully worked hard to build on her fame. Now her name is also a brand unto its own following the 2007 launch of Kylie Cosmetics.

She is also one of the most top-billed social media celebrities. On Instagram alone, she has over 214 million followers, one of the biggest in the platform.

In 2019, Forbes estimated her net worth at $1 billion, making her one of the world’s youngest billionaires. That same year, she teamed up with her half-sister Kim Kardashian to launch a new fragrance product.


Camila’s self-titled debut album in 2018 was generally received by applause. The pop album, which was inspired by Latin music, even reached the top spot in the Billboard 200.

A year after, she released her second album "Romance," which had the singles ‘Liar’ and ‘Shameless.’

In March 2020, she participated in a benefit concert to raise funds for COVID-19 frontliners. She also marched alongside Shawn Mendes in May 2020 to protest the killing of George Floyd.