Style Living Self Celebrity Geeky News and Views
In the Paper Shop Hello! Create with us
Arcane/Facebook page

LOS ANGELES, California — You don’t have to be a League of Legends online warrior to truly love the Netflix series Arcane. But it helps.

As Netflix puts it: “Arcane dives into the delicate balance between the rich city of Piltover and the seedy underbelly of Zaun.

Tensions between these city-states boil over with the creation of hextech — a way for any person to control magical energy — in Piltover; and in Zaun, a new drug called ‘shimmer’ transforms humans into monsters.

The rivalry between the cities splits families and friends as Arcane brings life to the relationships that shape some of League of Legends’ famous champions, including Vi, Jinx, Caitlyn, Jayce and Viktor.”

The launch was a first in many ways, with simultaneous co-streaming of the first three episodes on the online video game service Twitch, allowing fans and content creators to “interact” during the broadcast with hot takes and commentary as the episodes unfolded.

(We saw robot tablet devices wheeling around the premiere runway in LA, screening images of fans who were taking in the action via remote control.)

Riot Games is also laying out a lot of actual merch — gaming items and goodies called “Twitch Drops,” including special skins and battle pieces for online players — in the coming weeks.

The red carpet (technically more like a grassy-green Astroturf) event was more than just a warm-up show for the episodes.

There was a circus-like atmosphere, as cosplayers and influencers (and a strange guy wearing a turquoise cloth bag over his head; probably not canon) paraded around on the sidelines.

Voice actors in the flesh including Ella Purnell (Jinx), Kevin Alejandro (Jayce), Harry Lloyd (Viktor), Jason Spisak (Silco) and others chatted with media before adjoining to the Riot Games headquarters’ Thunderdome to watch the global premiere in appropriate blow-out-the-walls style: this dome must be where they hold their gaming events, because the effect of projected graphics bursting out from the huge screen was epic.

Hailee Steinfeld, the part-Pinoy actress known for True Grit and Pitch Perfect singing roles, has a central place here playing Vi, the big sister who tries to survive in a hellhole known as Zaun, and she is great in it.

(Sadly, she didn’t make the red carpet event in time, so we didn’t get to ask if she’ll be featured in the next kick-ass soundtrack.)

Also different: Netflix is releasing subsequent episodes three at a time in staggered weekly “drops” after the premiere, so fans will have to stick around to see what happens this season, building expectation and online chatter. Buzz is very important to an online community that reaches hundreds of millions of players.

Best of all, the Netflix series is a gritty yet gorgeous-looking standalone story, with deep character writing, fantastic, lush animation (developed by French studio Fortiche), a geeky steampunk aesthetic and story arcs that pay off.

It’s also much darker than most animated series (it’s aimed at a “16+” audience), packed with the visceral violence that drives players to become champions on League of Legends scoreboards (it’s got some incredible fight scenes).

The Netflix series is a gritty yet gorgeous-looking standalone story, with deep character writing, fantastic, lush animation, a geeky steampunk aesthetic and story arcs that pay off.

As some fans noted online, not a single side character in Arcane is clichéd or tossed off. There’s no place for cardboard NPCs (non-playing characters) in this world. Every moment is designed to deliver the storyline through action, tension and release.

Speaking of NPCs, standing on the sidelines, I felt a bit like the character Guy, the perpetually smiling doofus played by Ryan Reynolds in Free Guy, agog at all the insane action taking place around me — merely a bystander amid all the mania that’s slightly beyond my understanding. (#NPCAllTheWay.)

But as noted, Arcane works quite well even without prior gaming experience in the LoL universe. Yet it takes on even more immersive levels for avid fans of the game and characters.

Riot Games co-founders Brandon Beck and Marc Merrill know how much is at stake with this show.

Too often, series and movies adapted from video games suck badly. (Assassin’s Creed comes to mind.) “The fan reaction is key,” says Merrill an hour before the premiere. “We hope to do justice when we see their reactions tonight. It’s the start of great things to come; there’s a lot of storytelling potential in this universe.”

Brandon adds: “I’m blown away by the quality of the show and the music.” French studio Fortiche’s design makes Arcane a richly written, world-building series that simulates the action of the games, as well as providing dozens of easter eggs and payoffs for hardcore LoL fans.

And the soundtrack cuts Imagine Dragons and JID on the opening credits with Ramsey, Denzel Curry, Gizzle, Bea Miller, Fantastic Negrito, Jazmine Sullivan and Bones UK — a setlist of head-crashing bangers that works equally well for hardcore gamers and the WFH crowd.

Riot Games CEO Nicolo Laurent points out this is only a “narrow slice” of what could be next for this evolving world.

“This series goes deep. It’s not a mash-up of 167 champions fighting on a battlefield; we needed to do this slowly, build depth step by step,” he says, adding, “That’s the cool thing about being a video game company: you’re building the world with a community. And we’re part of that community as well.”

Riot Games Entertainment president Shauna Spendley agrees: “Games are our core. We believe they’re the center of culture — or certainly will be over the next two decades.”

And that universe is expanding almost infinitely — to fashion tie-ups with Fenty Beauty orchestrated between LVMH and Rihanna (Fenty makeover booths were set up during the after-screening party), to almost endless spinoff potential from the League of Legends universe.

Arcane ups the ante significantly, at least in terms of grabbing world mindshare in one fell swoop.

Quotes from the stars of Arcane 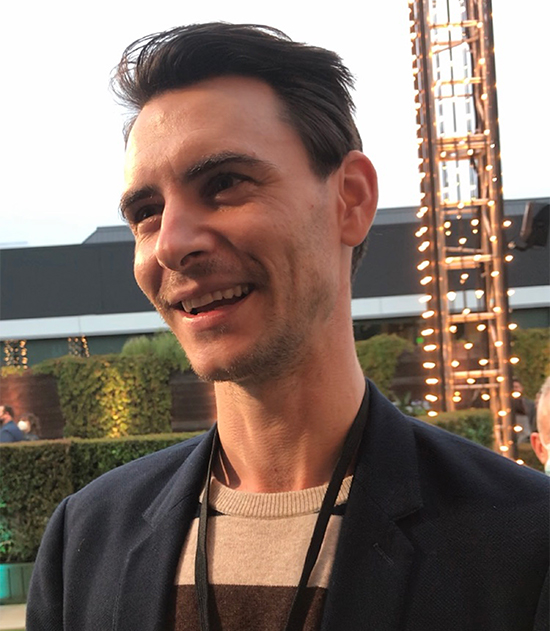 “The great thing is that this show does unlikely pairings, and that’s where the sparks fly.”

After playing bad big bro Viserys Targaryen on another mammoth fantasy series, Game of Thrones, Lloyd understands that “Villains are kind of in my wheelhouse. Viktor does have this wonderful journey, but fans will be looking for how this very human journey takes him down this path. I think you’ll like him, and he’s not what you expect.” 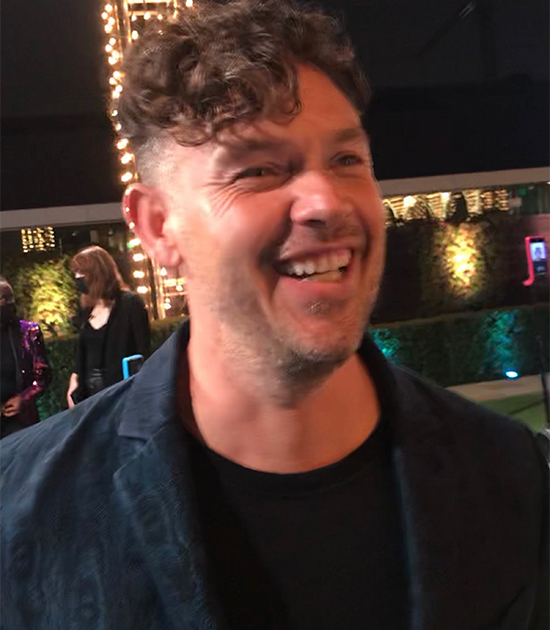 “I really relate to the character, the way he leads through emotion,” says the actor, who’s on Netflix’s popular Lucifer. “But also because I’m part of a franchise that would exist with or without me, so there’s a certain amount of nerves, like ‘I hope I get it right.’” 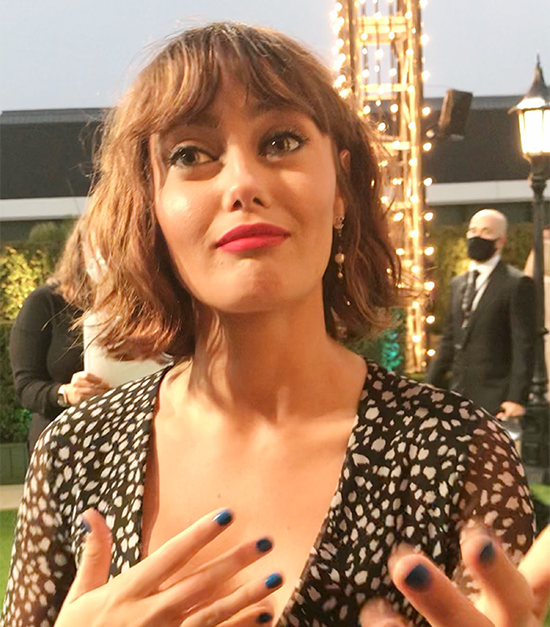 “Jinx, she’s very high energy, there’s a lot of caffeine involved. To do your lines, there’s a lot more physicality — you’re doing more to project with your voice, because they can’t see anything. There’s a lot of jumping up and down, getting out of my comfort zone to try and be as unpredictable and wild as Jinx is.” 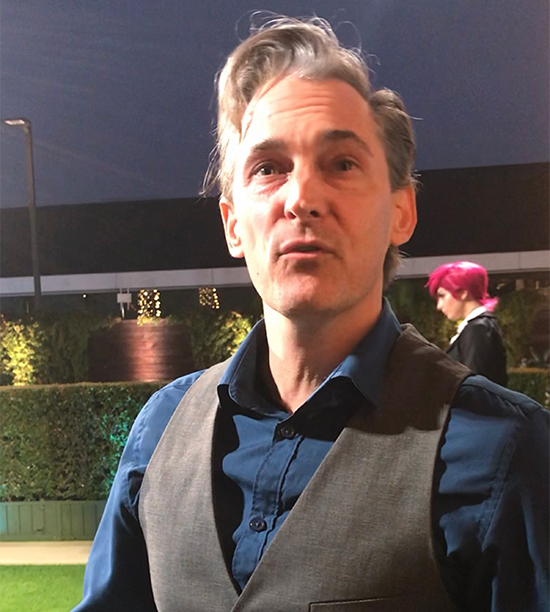 Spisak, who’s a software developer in real life when he’s not doing voice work for fantasy worlds, compares the coding life to acting: “It’s different halves of your brain. When you’re coding, you’re using a part of your brain that’s completely different, while with acting, you unhook your brain and latch onto the creative moment and take it for a ride. Anyone with a full brain can do both, but you really have to shift gears pretty hard.” 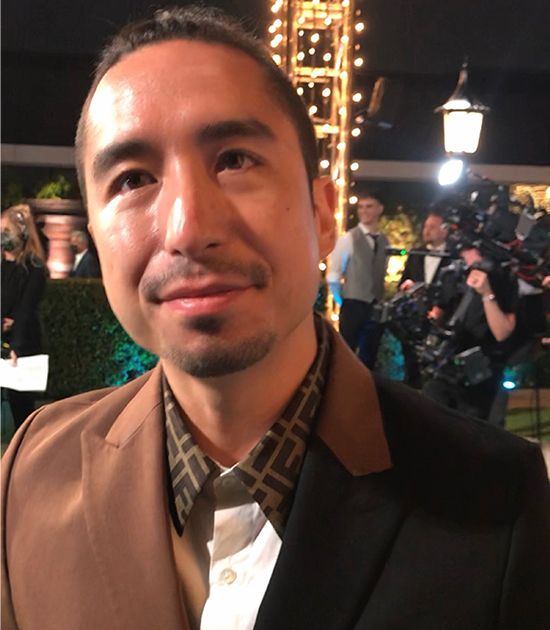 “Figuring out how to keep it suspenseful and interesting, when fans know how characters will end up” was the challenge in writing Jinx and Vi’s origin story.

“When we look at building the stories, we don’t take anything off the table. Often the best scenes come from: who haven’t we seen in a room together? Because the second you put them there, you think of all these interesting things they might say or do.”