To celebrate Pride Month, the tech giant rolled out several initiatives in its products and services to promote inclusivity and safe spaces to the community.

In Google Maps and Search, establishments can include the information in their listing whether their business has  gender-neutral restrooms.

Gender-neutral toilets—unisex, gender-inclusive or all-gender—are toilets that are not traditionally labelled as “male” or “female,” but can accommodate anyone regardless of gender.

This information can be found under the “Amenities” portion in the “About” tab. This simple but helpful feature is an addition to Google’s existing features including whether the businesses identify as “LGBTQ+ friendly” and/or a “Transgender Safe Space.”

This information is important, especially for the members of the LGBTQ+ community, including transgender and gender-nonconforming individuals, to have access to a safe and inclusive space. 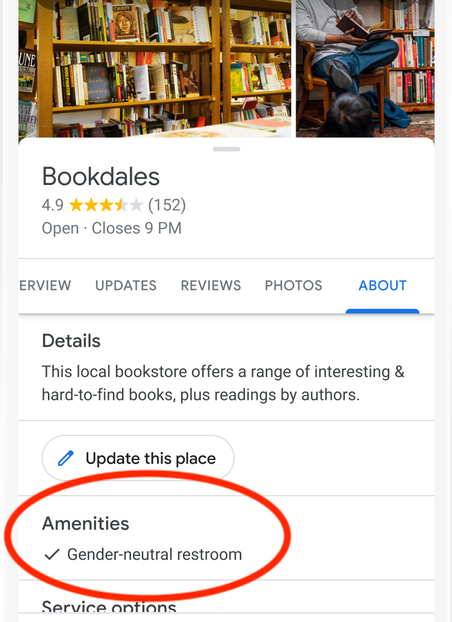 In Metro Manila, some malls, schools and several establishments already have gender-neutral restrooms like SM Malls, Ateneo de Manila University, De La Salle-College of Saint Benilde, most of your favorite big-chain coffee shops and restaurants. But most of their Google Search listings have yet to bear that information.

Meanwhile, the city of Manila has an anti-discrimination ordinance that mandates establishments to have gender-neutral toilets by 2023.

Ahead of the Pride Month, the tech giant also included special controls in its Google Photos that allow users to make “reminiscing more inclusive.”

Google said this move was made after it received feedback from the transgender community that it can be painful when certain memories resurface in its photo sharing and storage service. It said it listened to the feedback and worked with GLAAD organization in launching more granular controls in Google Photos.

Also, when users type “Pride” or “Pride parade” in the Google Search bar, there will be a beating rainbow heart on the right side of the screen. When you click it, a confetti shower that features different LGBTQ flags will fill the screen.