Christmas is the season that most people look forward to every year, as its festive nature spreads joy, warms the coldest of hearts and heals the wounds of a bruised recent past.

In these trying and uncertain times, especially that the COVID-19 pandemic is still on everyone’s path, not everyone may have the bounty of things to revel on but it is important to celebrate the simple, everyday wins that bring a glimmer of hope.

One of those rays of light arrived as beloved country music icon Dolly Parton is set to come out with a movie musical on Netflix titled Dolly Parton’s Christmas on the Square set for release on Nov. 22. 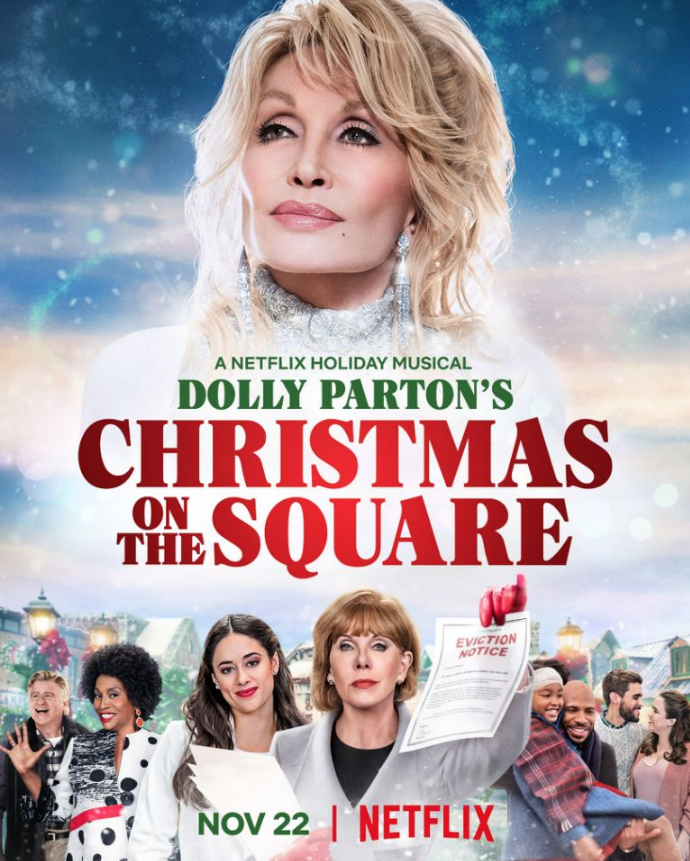 Directed and choreographed by Emmy Award-winning actor and singer Debbie Allen, the feel-good movie will star Parton as Angel, who is a “funny, strong, loving and ‘in-charge’ angel, made of blonde hair, white chiffon, light, and love.” The story revolves around an “embittered ‘Scrooge’” who plans to sell her small, middle-America town, and the citizens who fight to save themselves from being bought out by a major corporation.

Also featured in one of the streaming giant’s major Christmas movies are 14 original songs written by Parton, a nine-time Grammy Award winner known for her classic hits Jolene and I Will Always Love You.

Ahead of the movie’s premiere, Parton just released the bluegrassy Christmas on the Square song from her holiday album “A Holly Dolly Christmas,” which is set to come out on Oct. 2. It is her first holiday album release in 30 years. “A Holly Dolly Christmas” will include well-loved I Saw Mommy Kissing Santa Claus and Circle of Love, with songs in collaboration with Michael Bublé, Billy Ray Cyrus, Miley Cyrus, Willie Nelson and The Tonight Show host Jimmy Fallon.

Dolly Parton’s Christmas on the Square movie musical is the second major project of the multi-awarded singer with Netflix. The first was Dolly Parton’s Heartstrings in 2019, a series that features the stories, memories and inspirations behind her most beloved songs.