I was once a Koreanovela fan. I remember when Endless Love: Autumn in my Heart first premiered on Philippine TV through GMA-7 while I was in high school. Although the story had a tragic ending, I was deeply impressed with the story, the performance of the actors, the music, cinematography and direction.

Eventually, I watched Winter Sonata, Stairway to Heaven, Full House and so on. I also bought DVD copies of Korean movies like My Sassy Girl, The Classic, Windstruck, 100 Days with Mr. Arrogant and many, many more.

For some reason, I "recovered" from my addiction to Koreanovelas and Korean movies when I started working. If I am not mistaken, the last series that I supported was My Lovely Sam Soon where Hyun Bin played his first leading man role. After that, I disconnected completely. I don’t really recall why. 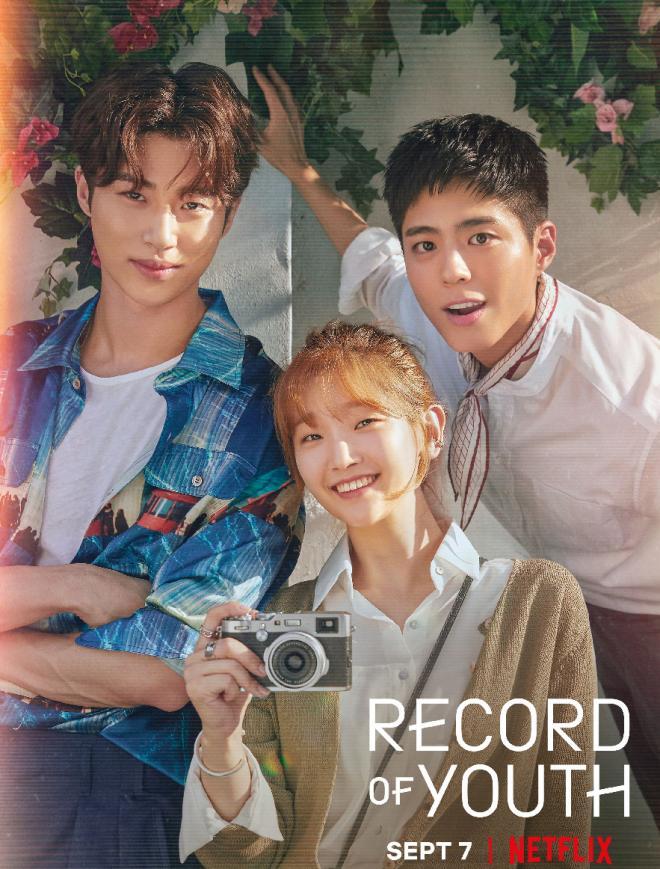 This year, I reconnected with the inner Koreanovela addict in me. Now, I can access ‘KDramas’ conveniently via Netflix and other video streaming sites legally. I didn’t have to look for copies at underground DVD stores anymore.

Thanks to Hyun Bin’s comeback as a more matured actor in Crash Landing On You and getting reacquainted with So Ye Jin again (I last saw her in The Classic more than fifteen years ago!) brought back my interest in KDramas. Since Crash Landing On You ended, I already saw My Private Life, Hwarang, Search WWW, It’s Okay To Not Be Okay, Was it Love and I am currently addicted to Record of Youth.

Record of Youth revolves around three main characters: Sa Hye Jun (Park Bo-Gum), Ahn Jeong Ha (Park So-Dam) and Won Hae Hyo (Byun Woo-Seok). The three of them are trying to navigate their way through the crazy world of fashion and entertainment.

Initially, I got interested in this series because of Park Bo-Gum, who captured the hearts of some close friends of mine. I wanted to know why a lot of KDrama viewers love and consider him as one of the best actors today.

Park So-Dam’s performance in the award-winning film Parasite also caught my attention. I want to know if she’ll surpass the expectations of viewers now that she’s a lead of a drama series. Last, but not the least, is model turned actor Byun Woo -eok. I only saw him in a short role in the series Search WWW and wanted to know how he’ll keep up with his co-lead stars who already made a mark in the industry.

In Record of Youth, Sa Hye Jun and Won Hae Hyo are childhood friends who both became top models in their early 20’s. Despite the social status difference, they forged a genuine friendship and supported each other’s victory.

Although this drama has a love story angle, it doesn’t focus on that part much. It is a character-driven series and you can’t help but sympathize with the characters especially Hye Jun, who is genuinely a good and talented person, but luck wasn’t on his side in the first few episodes. He was once a top model who now had to do multiple part-time jobs just to make ends meet. He was tricked by his former agency and didn’t pay him his fees and the pressure of enlisting for the military is stressing him out.

On episode 2: Record of youth ? They played Tomorrow ??? I wanna have a good life too ? @BTS_twt pic.twitter.com/eNwLinnOXz

It made me reminisce the days when I also questioned why things weren’t going my way even if I worked hard or I think I am doing the right thing. I love how principled this character is and he would rather suffer than take short cuts or bribe others. The episode where he was singing Tomorrow by BTS resonates well with overthinking millennials who are currently worrying about their future especially when they’re facing too many rejections.

What makes the lead female character Jeong Ha an admirable female lead is how independent she is. She used to work in a corporate setting when she took the risk and applied as a make-up artist for a salon catering A-list celebrities. Here, she encounters an unpleasant senior stylist who blackmails her every now and then. She has her own YouTube channel and also resorts to fangirling on her free time. Her ultimate bias is Hye Jun and things started to get interesting when the two finally crossed paths and eventually formed a romantic relationship.

Another thing that I love about the two lead characters is their relationship. They support each other’s careers, give each other some space and privacy and it is not toxic. They inspire each other to do better as individuals and there’s trust.

As for Won Hae Hyo, he is from an affluent family and is already doing well as an actor. Although he is a reliable friend of Hye Jun, he is starting to feel uneasy with his dear friend’s blossoming career as an actor. It doesn’t help that he has special feelings for Ah Jeong Ha.

Through these main characters, one realizes the importance of determination, perseverance and having a good moral and emotional support especially from your family. It will also make you realize that no matter how much we romanticize it, having a connection and being aggressive in your career does help. Despite the competition at the workplace, you can still form good friendships and yes, a non-toxic relationship is possible!

There are two more episodes to look forward to before this series ends. This also serves as Park Bo-Gum’s last KDrama before he enlisted for the mandatory military service and is expected to be discharged in April 2022. Fans also noticed that some parts of his character Hye Jun are quite similar with the actor’s principles and that includes choosing quality projects over quantity.

Record of Youth is a refreshing drama to watch. Some viewers might find it dragging at some parts, but waiting for your breakthrough when you’re in your late 20’s does take a toll on you sometimes. The pacing of the storytelling is okay for me and I just love how the supporting characters are interesting too. They remind me of some family members and people I’ve worked with in the past.

Record of Youth airs Monday and Tuesday nights on tvN in Korea. Filipino fans may watch fresh episodes every 10:30 p.m. PHL on Netflix.