BTS ARMY all over the world are in for a fun and nostalgic Saturday this weekend! The K-pop supergroup officially announced that they will once again hold a BANGBANGCON marathon on their official YouTube channel, BANGTANTV.

For those who are unfamiliar, BANGBANGCON is an online event where past concerts of the group are streamed for free. This year’s event will happen tomorrow, April 17, at 2 p.m. PHT.

Get ready as three of the group’s memorable concerts will be streamed free of charge. 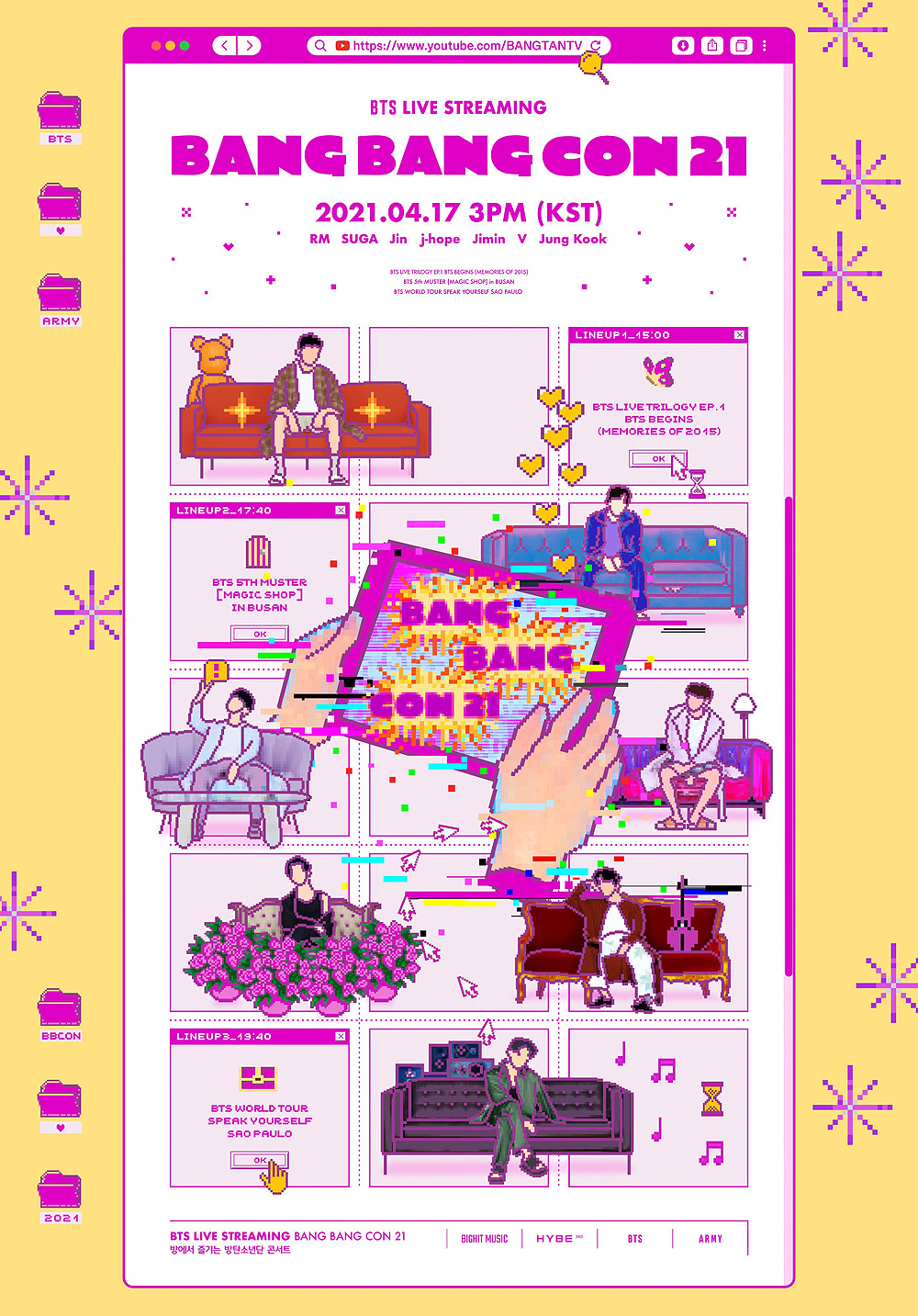 The original concert took place on March 28 and 29 at the Olympic Hall in South Korea. By then, the group entertained 6,500 fans as they serenade them with songs from their earlier albums. If you haven't "reviewed" BTS' discography when they were considered "rookies" in the scene, this show is for you!

This event took place in Busan, BTS Jimin and Jungkook's beloved hometown on June 22 to 23, 2019. It is one of the most talked about fan meets of the group where they interacted with fans by playing games and singing some tracks that are rarely performed by the septet.

Also, be alert and catch the quick appearance of the BT21 universtars!

Arguably one of the best concerts of BTS in terms of number of attendees, audience participation and the overall energetic vibe, the Love Yourself: Speak Yourself Sao Paulo concert took place on May 25 to 26, 2019. Over 84,000-plus people in South America attended at the Allianz Parque. If you're new to the fandom, you will surely be thrilled with the solo stages where every member got a chance to shine!

To excite the fans more, sub-units of the group posted their BANGBANGCON-inspired Acrostic Poems. Obviously, these boys are planning to prepare Corn Salad while they enjoy the concert marathon at the dorm.

Earlier this month, the group released their latest Japanese single Film Out, the official OST of Signal: The Movie. The Japanese album BTS, The Best will be released on June 16.