During our online interview, Vanille Velasquez is standing inside her family’s walk-in closet in front of an impressive microphone. As the voice of Neon in Valorant, Riot Games’ first-person hero shooter (you’ve probably seen ads for it all over YouTube), this could be some kind of unintentional metaphor — after all, the 23-year-old Bulacan native is about to be revealed to the online world as the first-ever Filipino agent in the popular game.

But really, she’s probably just standing in there for better acoustics and privacy.

Velasquez plays Neon, an agent who represents a modern vision of Filipino youth — someone who’s passionate, globally connected, and willing to stand up for her beliefs. What’s more, her background — brought up in Manila, amid a big family — is relatable to many Filipinos. Despite her tough exterior, Neon is one of the younger agents on the Team, a pseudo “little sister” to the rest of the agents.

Velasquez is no stranger to gaming, having done voice work since age 11 — from YouTube videos to dubbing anime characters on Hero TV’s Dubbing Academy, to commercials and animated programs (both Tagalog and English), to a growing Twitter presence that eventually led to interest from LA’s Riot Games, whose casting producers reached out to her online.

It's exciting, it’s an honor and a pleasure, but also, it's really terrifying for me because there is not a lot of Filipino representation in media, not just video games. There's this really high expectation.

In short, this is a big break, she knows it, and she’s proud to be adding a distinctly Filipino flavor to her new character.

“It's exciting, it’s an honor and a pleasure,” she says, “but also, it's really terrifying for me because there is not a lot of Filipino representation in media, not just video games. There's this really high expectation whenever there's a new Filipino character coming out — everybody wants it to be perfect because we don't get this often.”

Growing up, she noticed a lack of relatable faces and voices.

“We don't really see ourselves in media and video games. I've been playing since I was a kid and it never really occurred to me: ‘How come there aren't any Filipinos in my video games?’”

She notes that Neon is “a modern Filipino. You know, she's not a Maria Clara. She's a badass, she's very confident in her abilities. She knows who she is and what she wants.”

Vanille liked getting to inject her own Filipino style to the character, even ad-libbing Tagalog (“Hoy!” “Ayos!”) whenever an action scene called for it. 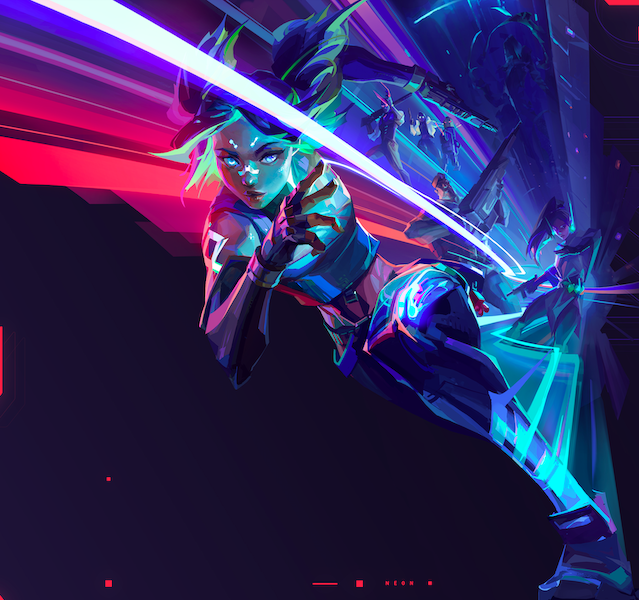 Vanille is not her real name, of course. She took the stage name from Final Fantasy, and a theme emerges here of cloaking one’s superpowers, holding back (“I had to keep this character a secret for six months”) — and then blasting out into the world. A gaming fan and self-described geek from an early age, Velasquez took to voice acting as a fourth grader: “I stumbled upon people doing it for fun on YouTube, and I realized, ‘Well, this is cool, I want to do this, too.”

I'm really grateful for the freedom they gave me, being able to add Tagalog; that really makes you feel more like the character.

Of course, being “discovered” by Riot Games (the team behind League of Legends and the recent Arcane series) is way cool, too. “This is the first mainstream AAA video game that I've ever done, and I'm really grateful for Riot for championing diversity in their games — you know, every agent is from a different country. It's great that they finally made their first Southeast Asian agent, because I think that we were often ignored, and Asian representation was like on the backburner. So maybe it's a wake-up call for the other developers to be like, ‘Hey, maybe we need to add a Southeast Asian character in our game.’”

Not to mention the paycheck — a big step up from local voice acting rates. How much more? “Oh, a zillion times more,” she says, smiling.

Her typical workday might involve sitting in a recording booth, looking over her script on an iPad while technicians nail down several readings for each line. There’s no final video or reference, no back-and-forth with other readers. Later, the lines will be edited into a coherent vocal track with all the various parts. It takes concentration, even isolation, which is one reason Velasquez likes doing voice work: “It kind of helps my imagination to just be in a box. You know, I just imagine myself in a different world as opposed to, like, actually being on set and you can see everything.” She admits to being a bit shy. “I have stage fright, I'm not very comfortable being seen by a lot of people, so when I found out that voice acting was a thing, and I get to act and nobody gets to look at me, it was like the best thing ever.” 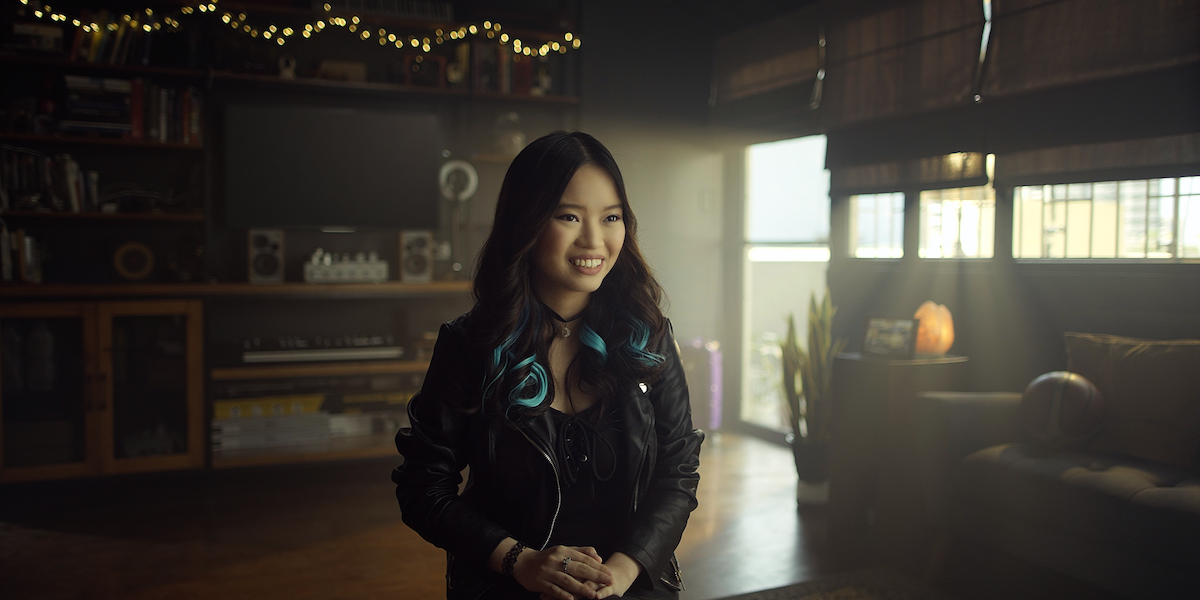 I ask Vanille if there’s some physicality involved in voice acting. “Sometimes it really helps your performance become more believable if you move around a little bit, especially when we’re doing effects. I try to move a little — I have this habit where I like to put my hands on my waist; that makes me feel more power, right? Sometimes I’ll snap my head, like that. But I can't move as much because I have to stay in front of the mic.”

I suggest to her that doing voice work is a little like having a superpower — like hiding behind a secret identity or disguise: “Yeah, for sure, I love that I get to play all these different characters and nobody has to see me; that gives me like a security blanket where I can have this freedom.”

Valorant also offered her a chance to use her natural Filipino voice. “As a voice actor here, you're kind of rewarded for being able to speak with a neutral American accent; it’s believed that’s something you need to succeed, to get ahead as a voice actor.” In this role, Vanille got to make comments on the script, add some Tagalog: to represent. “I'm really grateful for the freedom they gave me, being able to add Tagalog; that really makes you feel more like the character.”

For Vanille, doors are opening. “For the longest time, I thought ‘I can't be in the big video games that I play because I'm a girl in the Philippines,’ right? Because the studios are abroad, they're in America, and they only hire local people. So I thought this was never gonna happen.” But now she feels, “If you're an aspiring Filipino voice actor, right here in the Philippines, it doesn't mean you can't be in these big video games — it's not impossible anymore. You just have to know where to look.”

From doing indie games online, to animation, to doing work online, “it’s a wide world out there. You're getting your experience here. So when the next big studio comes over, looking for a voice actor, you're going to be ready for it.”