For people who love K-pop, nothing is more thrilling than receiving Christmas gifts that are about their fave idols, from books to lightsicks to albums.

Here are some suggestions. 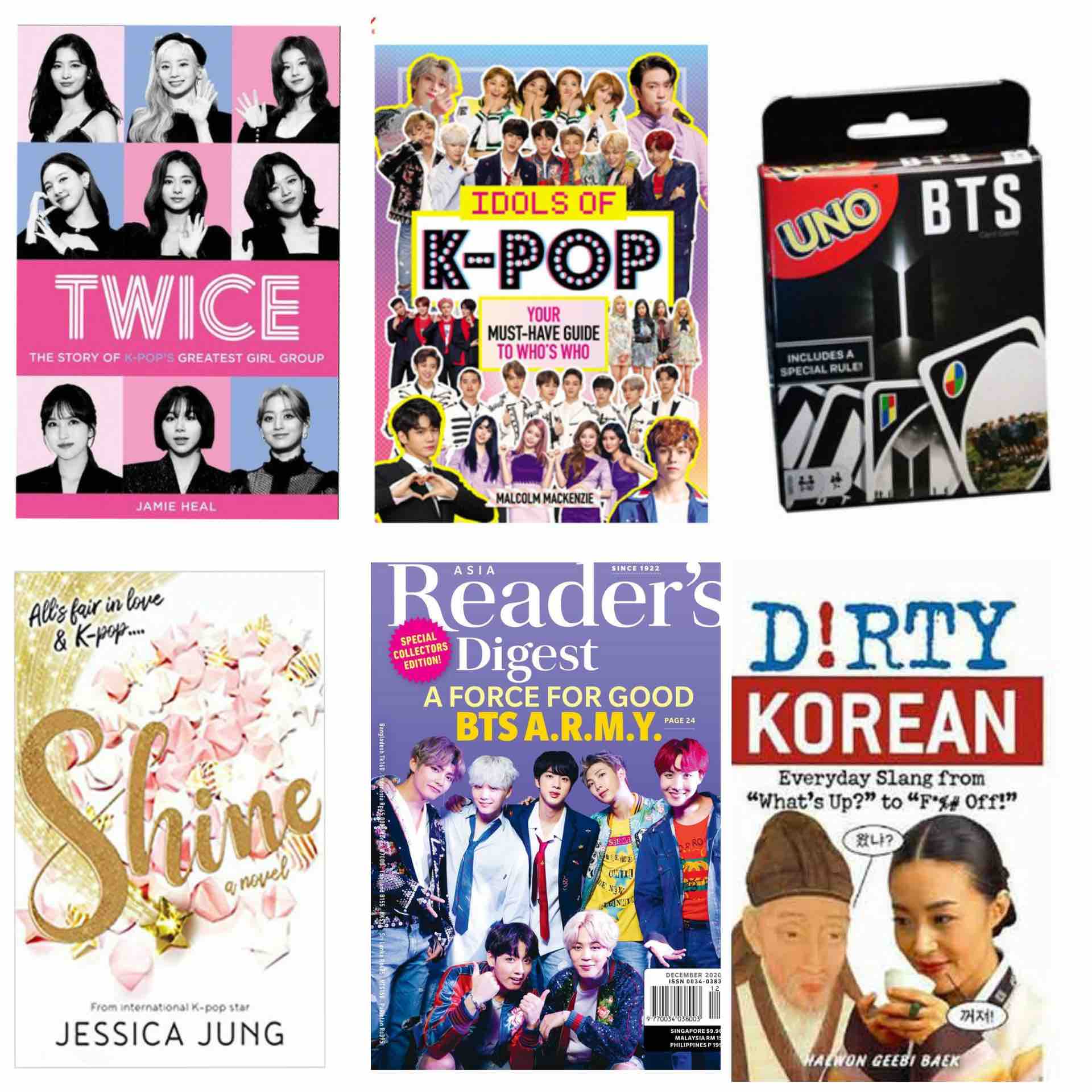 The debut novel of Jessica Jung, former Girl’s Generation idol, is touted as a crossover of Crazy Rich Asians and Gossip Girl. It follows the adventures of Jenny Han as she embarks on a rollercoaster ride in the colorful world of K-pop. With success and love on the line, she’ll show us the only way to shine.

This book will tell the story of how Twice became Gaon Chart’s official top-selling girl group of the decade with 5.2 millions physical albums sold. Great read not just for Twice’s Once fandom but for every K-pop enthusiast.

The Mattel playing card has been enjoyed since 1992 and this special-edition BTS Uno has upped the game with its Dancing Wild Card, where a player must perform a BTS dance routine or draw three cards. If you’re an Uno aficionado like Jimin or V, a neophyte who always gets rich card, this Christmas stocking stuffer will be a hit. 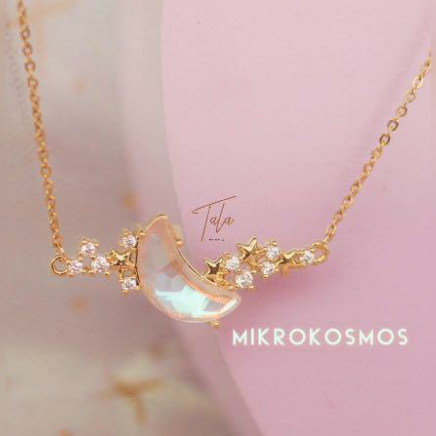 For your fashionista K-pop friend, jewelry will never be a miss. Fancy a Borahae heart ring? There’s also a Spring Day inspired necklace, a Black+Pink heart and ice cream necklace for avid Blinks, as well as a Carat Bong pendant for Seventeen fans, Quielle_’s Shopee store has it all, prices start at P250. 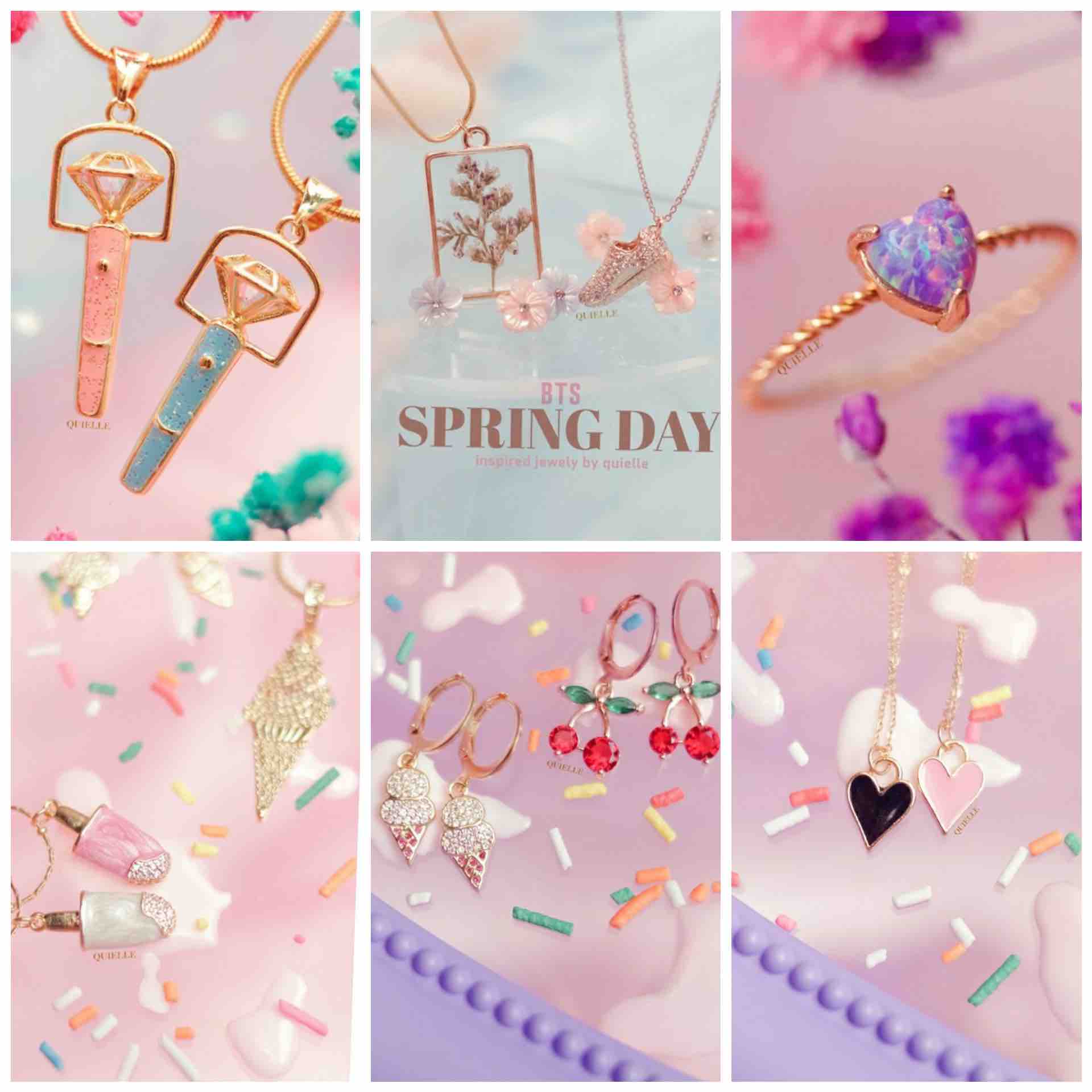 The BTS Mikrokosmos collection of Tala by Kyla is made from gold-plated stainless steel, great for everyday use for every Army to shine, dream, smile.

Avilable at Tala by Kyla and Shopee. 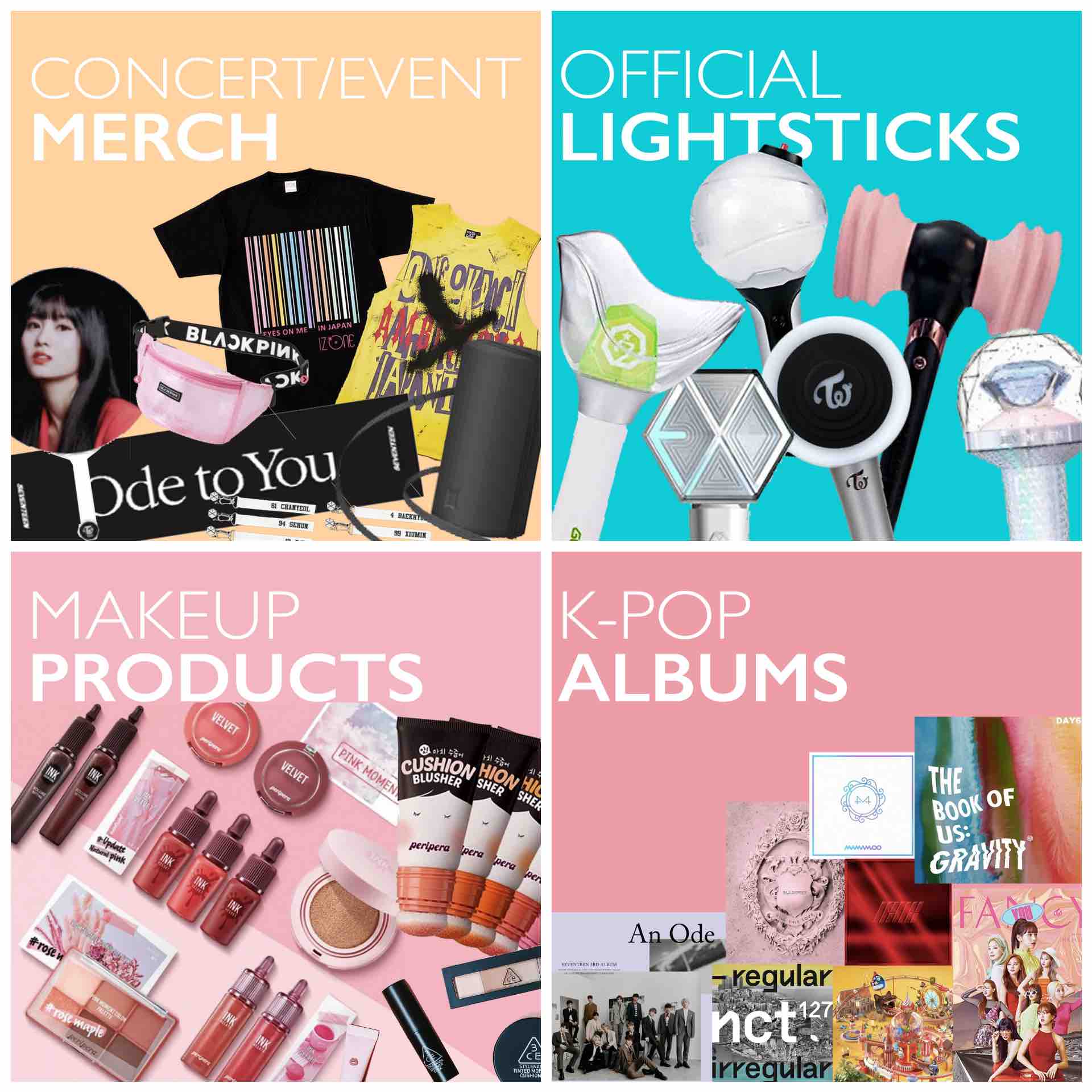 Chindgudachi is a mecca for both K-pop and J-pop fanatics. Their name is a combination of Hangul and Nihongo terms meaning “friend.” They sell everything from official albums to lightsticks, posters, concert merch, as well as makeup and skincare products.

Even more exciting is they offer a varied collection of fan made one-of-a-kind merchandises. Their main branch is located in Parañaque and they will be opening a new branch and café in Sta.Mesa next year. 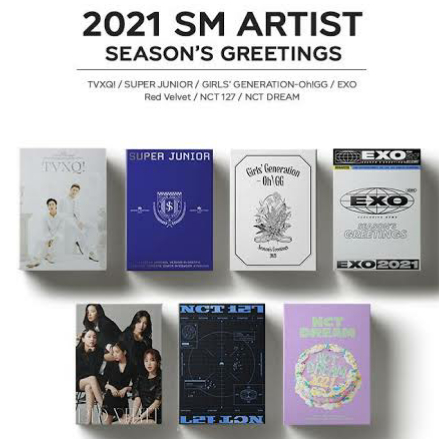 A Season’s Greetings box set is a gift of K-pop groups to their fans during the holiday season and it’s also a lovely gift idea for any fandom. A bit pricey but it contains a boxful of goodies like (differs but will mostly include) calendar, diary, set photo cards set, poster, stickers, special-making-of DVD, photobook, and surprise items. With over 48 groups to choose from, anyone who receives this gift will surely usher in a great 2021. 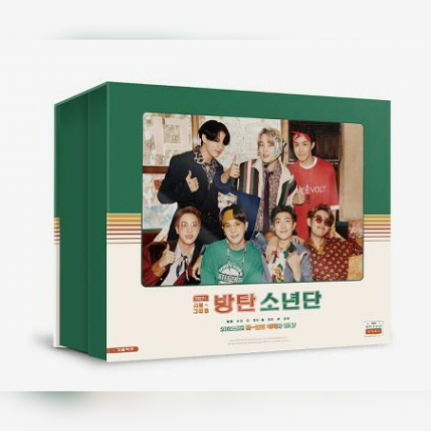 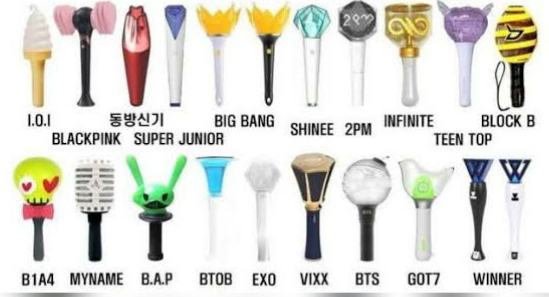 Although concerts have predominantly been viewed online, music companies have made their artists’ lightstick fandom interactable by syncing it through Bluetooth, so fans will be able to experience it like they did at live concerts.

A great gift for fans who love watching concerts, whether online now or live in the future, it’s an essential for the K-pop concert experience. 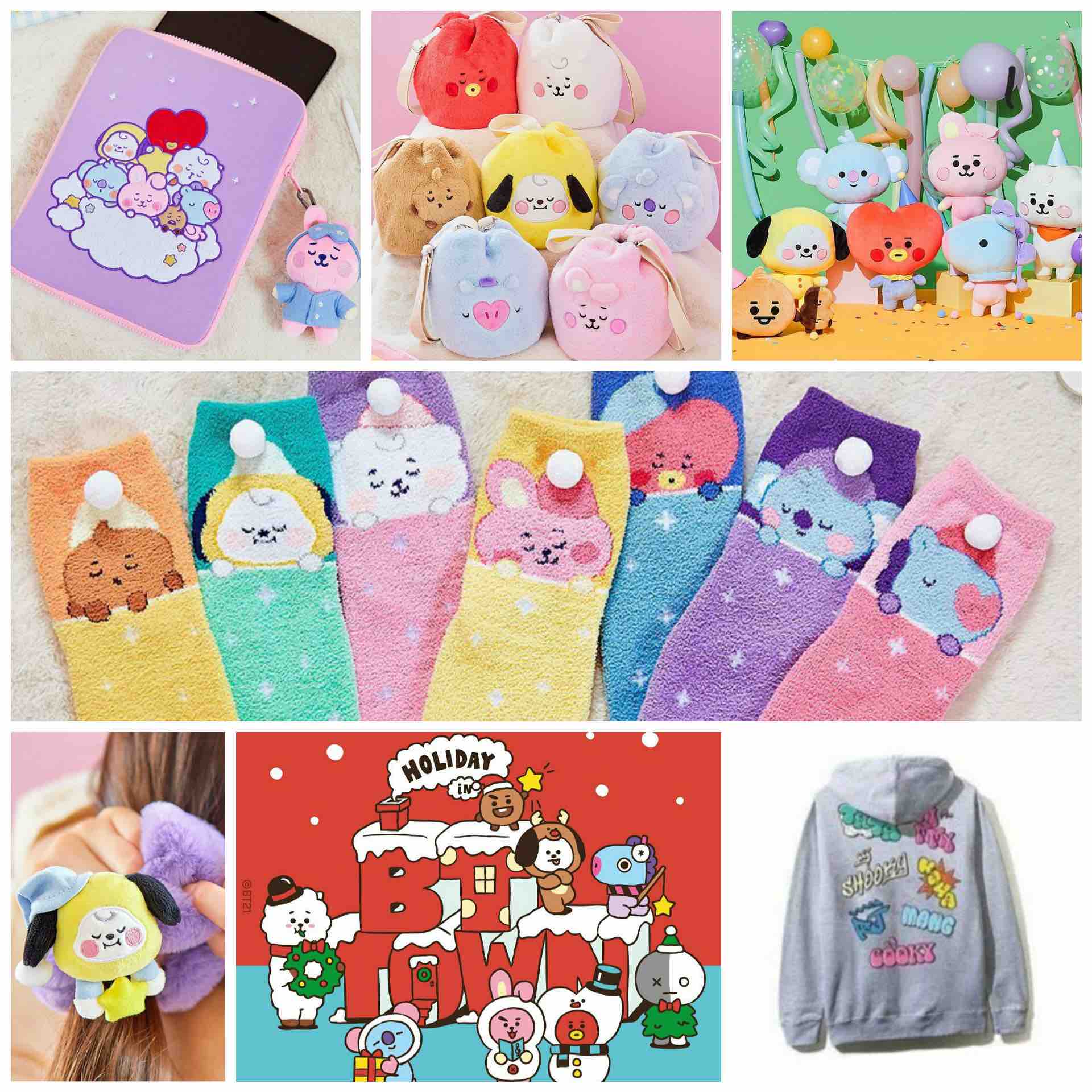 BT21 has been synonymous with BTS, and has spawned a dozen of pop-up stores for Line in major cities worldwide, including Manila (available at Robinsons Manila and Galleria). Koya, RJ, Shooky, Mang,Chimmy, Tata and Cooky will surely be great gifts for young and old alike. You have a wide variety of products to choose from like plushies, notebooks, tumblers, pyjamas, hoodies, pens, keychains, stickers, mugs, mouse pads, and a lot more. 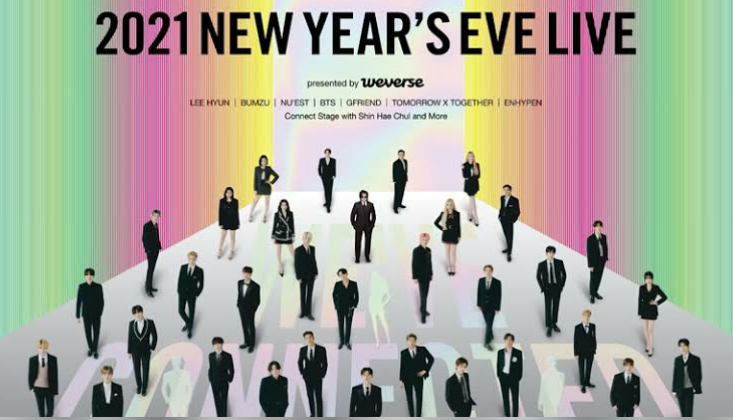 Weverse Shop is the online store of official merchandise of BTS, TXT, Seventeen, GFriend, CL (2ne1), Weekly, Enhypen, P1Harmony and Henry (SuperJuniorM). You can also purchase paid content like BTS In The Soop, all four seasons of Bon Voyage and tickets to the much anticipated 2021 New Year’s Eve Live Concert of BigHit Label artists happening on Dec 31. Prices start at $37.99.

Maxene Magalona on her separation from husband Rob Mananquil: ‘Enough is enough’