Interest in Trese, the Filipino horror/crime komik written by Budjette Tan and illustrated by KaJo Baldisimo has surged with the upcoming anime adaptation coming to Netflix this week.

Copies of the graphic novels, which were first published in ashcan or photocopied format back in 2005, have been sold out in local book stores and demand for reprints has been high.

Here’s where you can read a free preview of ‘Trese’

For those who want to familarize themselves with Trese’s world from the comic book lore and be introduced to other notable modern Pinoy webcomics, the mobile game Brawl Questoffers a fun platform.

According to Lord Christian Gosingtian, director and co-founder of ThinkBIT Solutions, the developers have seen a “good increase in downloads” because of their collaboration with Trese, which has landed them feature placements on the AppStore and Google Play.

“For the past 3 years, we've been working on our mobile IP called Brawl Quest which we have finally launched in January of last year. The game takes set in a fictional modern-day city called Metro which is heavily inspired by Philippine pop culture. From the playable characters, stages, up to the enemies, you'll be able to see a good number of references to local pop culture,” Gosingtian told PhilStarLife in an email interview.

Brawl Quest has numerous accolades, including winning First Place at Pocket Game’s Big Indie Pitch GSTAR 2018, being nominated as the “Best Mobile Game” during the GameON Awards PH 2019 and being selected as a Finalist in SEA Game Awards Level Up KL 2019, to name a few.

The arcade action beat 'em up mobile gamefeatures fast-paced action with simple controls and2D hand-drawn graphics,. The style and gameplay is a throwback to retro classics like Double Dragon and Streets of Rage, but levels take place in a city-scape with modern areas and environments that Pinoy gamers will immediately find familiar. 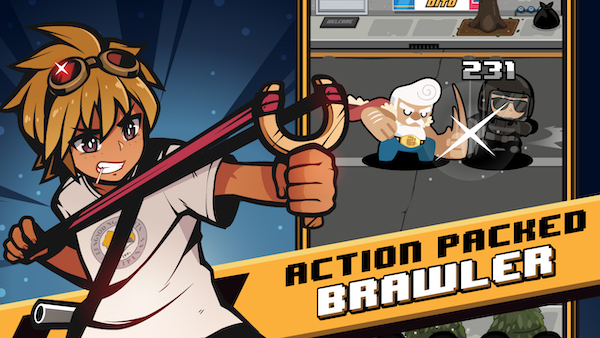 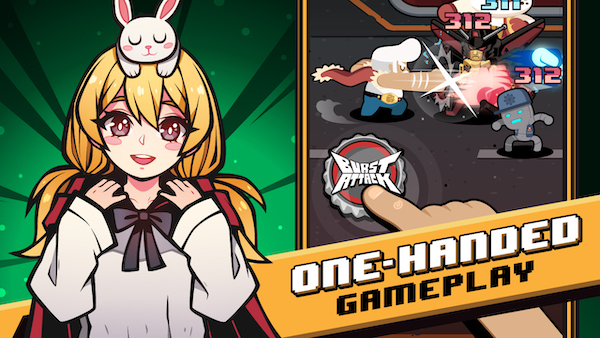 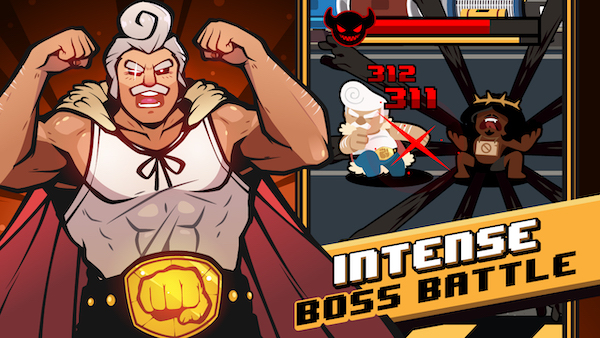 After a brief tutorial for the controls, the game unlocks the first playable character, the slingshot-wielding Luwan. Luwan is a member of the Alice Brigade, a group that brawls across the Metro in order to restore peace and justice to the city. To progress, you explore the different areas of the city such as gang hideouts, fast-food restaurants, factories, sewers, highways, and more.

The controls are very simple and intuitive. You tap to attack, swipe to dodge, use your burst to deal massive amounts of damage to your enemies. The game features portrait optimized gameplay that you can play easily with only one hand. While playing online can double your free items, such as orbs and caps for leveling up characters and help you farm more gold and gems (by watching ads), the game is completely playable offline.

The game lets you collect unique characters, battle through three different difficulties and unlock and equip cute pets that let you customize your brawler's stats.You'll need to master your character’s skills and type (rock/paper/scissors), the enemies, and your equipped pets to collect all the stars needed to progress in the game.

Players can collect different characters, level up their brawlers, try their hero's skills, and combo their way to victory. You fight across several areas, and stages each with their own boss battles, and eventually unlock bosses as playable characters. 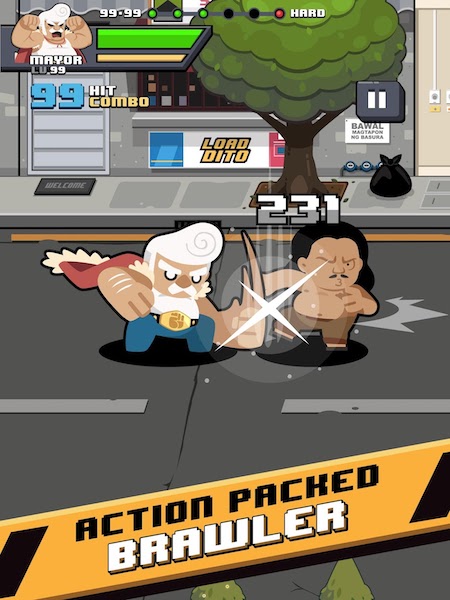 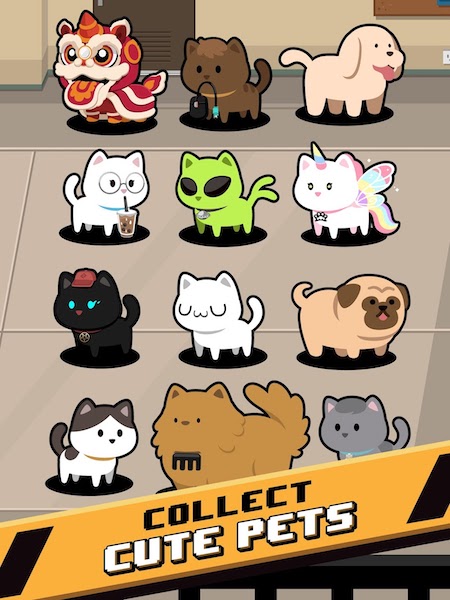 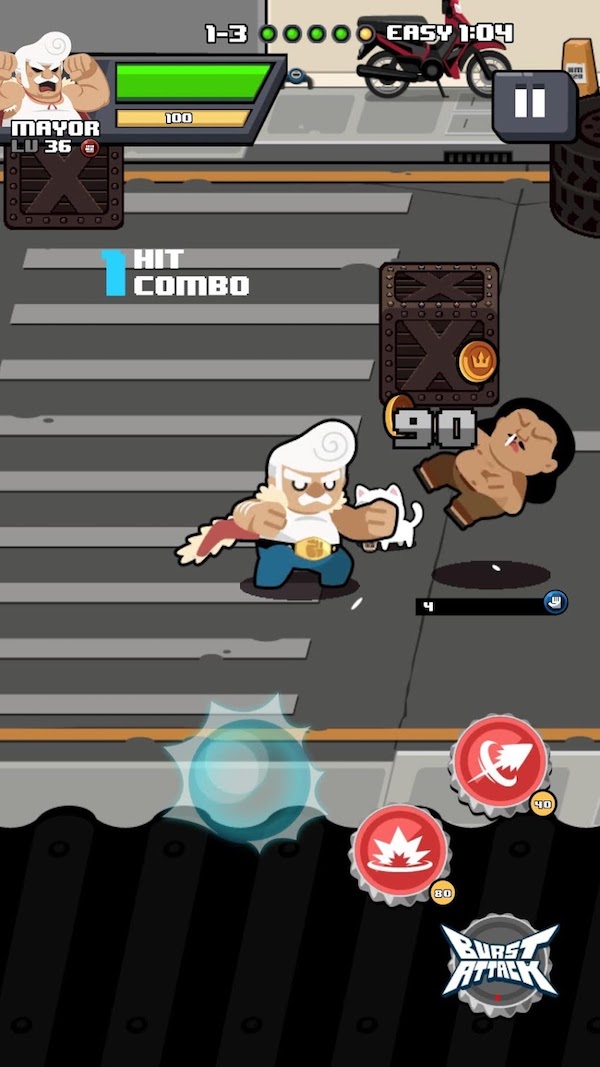 The playable characters and enemies will immediately make Pinoy gamers chuckle with the references to Pinoy pop culture and society, in general.

An early character you unlock is Chowkat, the mascot and CEO of a fast food joint, who throws siopao bombs as his signature move.There's a diva character and boss in the Showbiz level called Crizy who’s described as “off the charts when it comes to the hot and crazy scale.” Sound familiar?

Even the regular enemies and goons you face resemble cartoon versions of typical Pinoy movie characters and villains, and tiny details like gin and beer bottles lying around in the Sewer level will remind you of Pinoy brands you know and love.

Another thing that makes Brawl Quest distinctly Pinoy is the presence of playable cartoon-style characters from Pinoy komiks and modern webtoons.

Trese artist KaJo Baldisimo himself provided the artwork for the character Alexandra Trese, which the developers used as a reference for the special moves of the rock-type character in the game.

The recently concluded crossover event, based on the Trese comic book (not the animated series coming to Netflix), came with new event stages collectively known as “Case #13.”

In this stage, players fight their way through ghouls and a manananggal as they investigate a murder mystery. Even after the event, Trese will remain in the gacha rotation alongside previous guest characters, so you still have a chance to add her to your roster of brawlers.

The Trese event is just the latest collaboration in a running series with local artists, according to the developers.

As a Philippine-based company, ThinkBIT purposely aims to promote homegrown IP in their game development.

“We wanted to look for characters that Filipinos would easily relate to so we looked into web artists with strong engagement. We also looked for artists who continuously developed their characters in their work,” said Gosingtian.

For a previous crossover event, the game developers worked directly with the Little Things PH creator Ivyree Rosario for input on the moves of the playable character, “Girly” from the popular Philippine webcomic. The comics, which started in 2016, deals with the little things in the life of an unnamed boy and girl, along with a few other characters. In the Brawl Quest game, Girly wields an electric guitar and throws cats as her special moves.

“From the game design point of view, we wanted the characters we selected to be different to have more variation and uniqueness to our current character roster,” said Gosingtian.

Other komiks collaborations include Ulan, the raincloud from “Sskait” and XX from “Hunghang Flashbacks.”

Hunghang Flashbacks is another popular web comic by D. Borja about "random relatable shenanigans of eight friends, each with a unique identity." The character XX is the confident female twin of the introvert XY featured in the slice of life comic.

The quirky characters may be fixtures in the Pinoy social media scene, but the mobile game still remains accessible and playable to a wider global audience who might not be familiar with the original source material.

What’s in store for Brawl Quest in the future?

“We are working on adding new game modes as well as the final chapter into the game. We could potentially add more collaborations in the future,” said Gosingtian.

With the ongoing pandemic causing increased interest in mobile gaming worldwide, now would be a great time for Pinoy gamers to support local developers by playing their mobile games.

Download and play Brawl Quest for free from the Google Play Store and the Apple store.

(Images and videos via ThinkBIT Games)