After 7,500 full-time employees were laid off on Nov. 4, a fresh wave of staff resigned anew after the ultimatum.

This turbulent situation caused users to think the end is nigh for the platform, with other social networking sites such as Tumblr, Mastadon, and Discord trending on Twitter worldwide with users saying they're jumping ship to these apps.

Twitter was unique because compared to sites like Instagram and Facebook, it offered a more real-time feed for the latest news, announcements, and happenings. It was also a place for users to have real-time conversations with celebrities and influential people.

Will you stick around and see how the Twitter drama pans out, or will you take your 280-character thoughts elsewhere? Indeed, there are other social media sites out there. They might not replace Twitter totally, but they can serve as a great alternative.

Here's a list of some of these platforms that you can try, in case you want a breather, too, from Musk's constant changes.

Launched in 2007, Tumblr is one of the OG social networking sites where users can write down their thoughts through blogs, share photos and videos, and connect with others on the site through questions, submissions, and messages.

It's a more image-oriented site than Twitter, but it's also home to text-heavy content. The way it's all set up, Tumblr is reminiscent of social sites of old like MySpace, but it looks and has more modern features.

Fandoms have lived on this social platform since the 2010s, so it's a great place to keep in touch with your moots and share photos and videos with them. 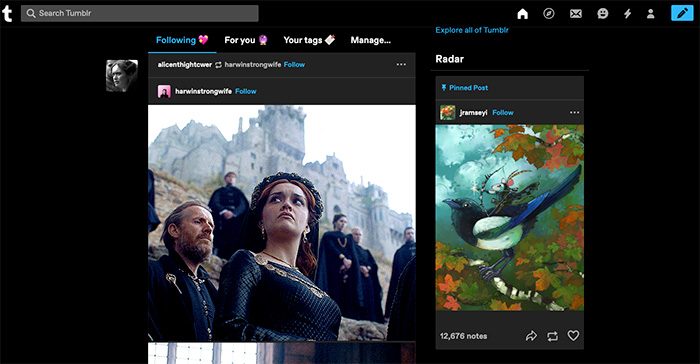 One of the popular alternative sites people think of for Twitter is Mastodon, a free decentralized microblogging platform that looks a lot like the Musk-owned site. In this space, you join and create a server or a "Fediverse" where you can engage with other users who you share similar interests with.

Instead of tweets, you post toots made up of 500 characters and these are displayed in chronological order. You can also attach images, videos, and audio files to your posts.

Since it's a decentralized site, Mastodon has no ads and trackers and doesn't follow an algorithm. 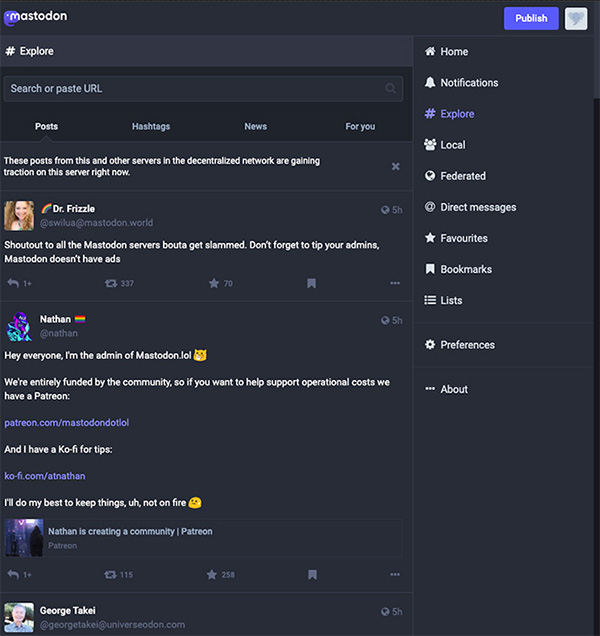 For those who want the latest news on their feed and love to engage in discussions on social media, Reddit is the perfect alternative. This site has multiple communities or subreddits on different topics and interests—there are those that talk about TV series and movies, literature, games, sex, DIY tips, politics, and even religion.

Users on the app can remain totally anonymous, but they still have to follow rules set by the moderators of the different subreddits. If you violate these regulations, you risk getting kicked out of the community by the mods.

As for content, Reddit users can post short and long-form text, photos, GIFs, and videos on the site, which they get "karma" (gained from upvotes and comments) for. They are also able to send messages through chat or DMs. 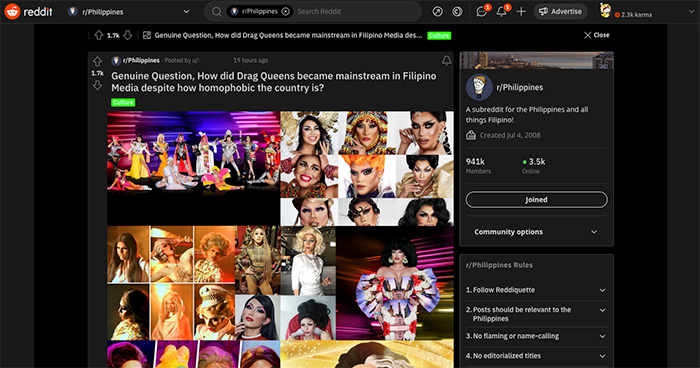 CounterSocial is a simple social network that doesn't allow trolls, ads, or fake news on the platform—it bans countries like Russia, China, Iran, North Korea, Pakistan, and Syria for being "origin points" for bots.

The UI looks a lot like Tweetdeck, filled with columns for hashtags or user lists instead of the traditional feed. Posts are also displayed in chronological order, making it look cleaner.

Users can post text, photos, and videos, send direct messages, and even start calls in this app.

CounterSocial is free but since its founder, a hacktivist called The Jester, doesn't rely on commercial users and advertisers, the site relies on donations. Users can opt for a Pro account that costs $4.99 (around P259) per month which already includes additional security, access to traffic radio and news videos, and the ability to send self-destructing messages. 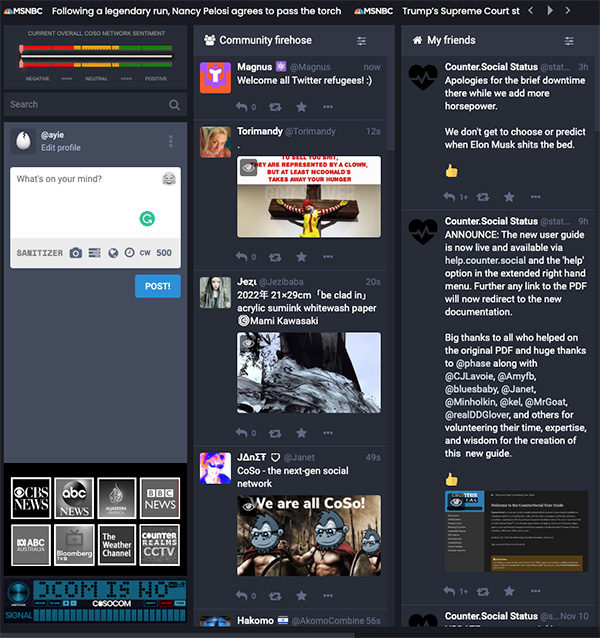 Another social media app getting traction after Musk's Twitter takeover is Hive, a Gen Z-focused social app found by then-22-year-old Kassandra Pop in 2019.

Hive takes a page out of Twitter's book with its timeline-based feed, but also features concepts inspired by Instagram and MySpace. It lets you create a profile with music, post texts and images, edit published posts, start polls, Q&As, and more. There's also a Discover section where you can explore trending topics and find posts curated for you.

Another reason why Hive is a big draw, particularly to influencers and budding content creators, is that it allows you to monetize your account the moment you sign up. Users are also allowed to post links in their captions and comments of whatever they want to promote.

In addition to the sites mentioned above, there are a few Twitter alternatives in the works like Cohost and Bluesky Social. The latter is actually made by Twitter's founder and former CEO Jack Dorsey and is currently undergoing beta testing.