Make your binge-watching sessions at home more fun by pairing what you watch with alcoholic drinks and spirits that match the vibe of the shows.

Here are five popular titles currently streaming on Netflix, and the drinks featured on the shows you can best enjoy them with for your movie nights at home.

What to drink: Soju

The high-concept survival drama Squid Game has been one of the most popular shows on Netflix for the past few weeks for its anxiety-inducing storyline and nostalgic visuals. Like many South Korean shows before it, characters can be seen drinking soju, a traditional Korean distilled beverage made from rice, wheat, or barley, and usually contains about 16.8 percent to 53 percent alcohol by volume.

Soju is the favorite beverage of choice of Player 456 Seong Gi-hun, with his spare cash going towards bottles of the green bottled drink. In one memorable scene, he shares shots of soju outside a convenience store in the rain with Player 001 (Oh Il-nam), while munching on an uncooked Samyang original Ramen ramyeon pack as a snack. 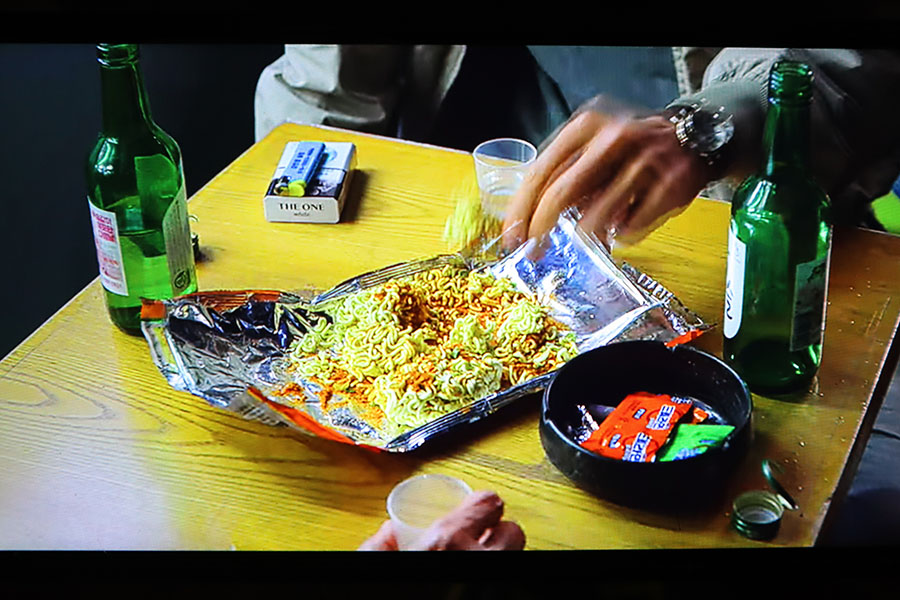 Korean shows have managed to seamlessly integrate soju and delicious food in many shows, driving up demand for these in real life. In fact, soju is now the most popular spirit in the world, beating out vodka, whisky and rum, thanks to Korean pop culture.

You can buy soju in pretty much any grocery store or mini-mart in your neighborhood. The beverages are also available in online delivery services via GrabMart.

What to drink: Makgeolli or somaek

Want something a little lighter and more refreshing to watch and drink?

Hometown Cha-Cha-Cha is a refreshing K-drama set in a seaside village that has captured the hearts of Pinoys everywhere. The hit series frequently shows characters enjoying soju, along with other Korean liquors such as homemade ginseng wine and makgeolli, a kind of sparkling rice wine that is cloudy in appearance and sweet in taste.

Said to be the oldest Korean alcoholic drink, makgeolli was traditionally home-brewed and considered to be the drink of farmers, peasants and the working classes, which historically meant that makgeolli and soju have been symbolic of a divide between social classes. 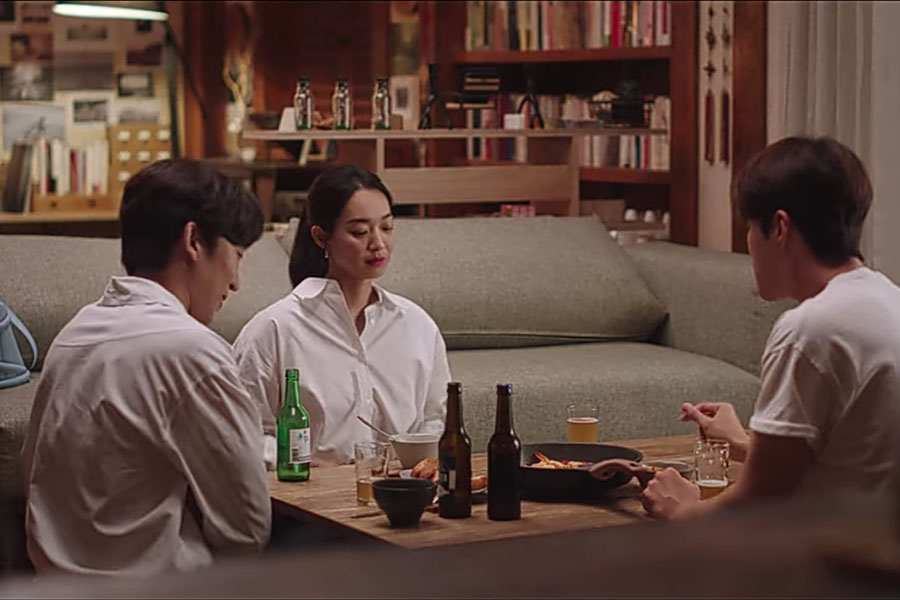 In one episode, Hong Du-Sik expresses his preference for “drinking makgeolli by the ocean” in Gongjin in response to Yoon Hye-Jin’s comments about upscale restaurants in Seoul. In Manila, you can find makgeolli in specialty Korean mini-marts and through online delivery services.

Hometown Cha-Cha-Cha also gives viewers a lesson on making somaek, a beer cocktail that gets its name from the syllabic abbreviation of two Korean words, soju and maekju (beer), and explains different ratios for preparing it. You can prepare it Du-sik style with the golden ratio of 7:3 or Ji Seong-Hyeon-style at 6:4 in order “to enjoy the soft and clean flavors of soju” better.

Pair your beer cocktail with spicy tteokbokki at your own risk.

What to drink: Estrella Galicia beer

The trailer for Part 2 of the fifth and final season of Spanish crime drama series Money Heist just dropped recently, and will be arriving on the streamer this December.

Cheer along to the efforts of the Professor, Tokyo, Denver and the rest of the gang with a bottle or two of Estrella Galicia, a light and refreshing premium Spanish beer brand that’s frequently seen on the show. Estrella Galicia is a brand of pale lager beer manufactured by the company Hijos de Rivera Brewery in Galicia, Spain, and one of the top selling beers in Spain. 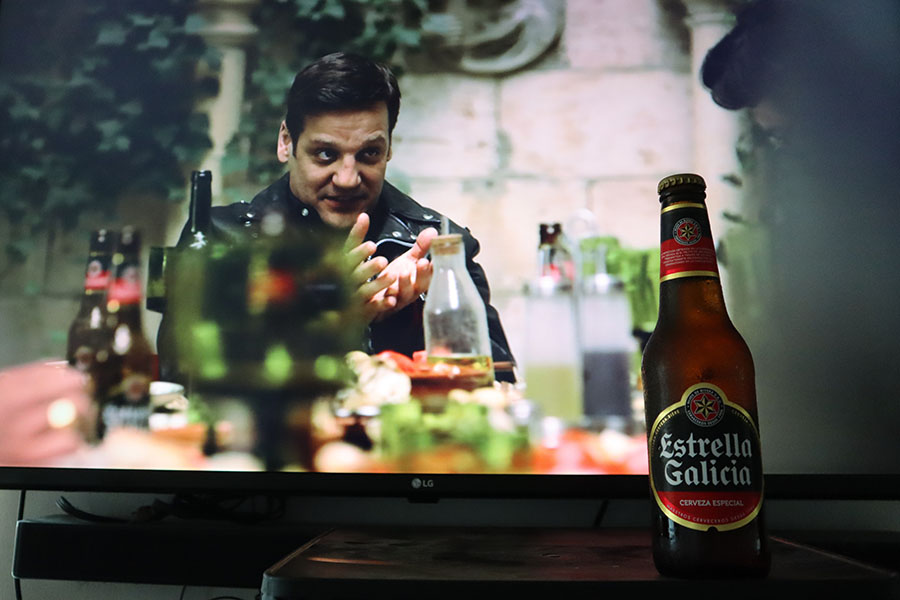 The beer can be spotted in various scenes where the team is plotting their next move. The Professor and Helsinki even ride an Estrella Galicia beer truck as their getaway vehicle in the last episode of Part 2.

In 2020, Estrella Galicia paid homage to the hit show with a special limited edition beer of just 32 million bottles, with a character in the red jumpsuit and iconic mask and La Casa de Papel text featured on the beer label.

In Manila, you can find Estrella Galicia beer in select grocery stores, online liquor stores, and via the beer delivery service Boozy.ph costing P99 per bottle.

What to drink: Coors Banquet Beer

The fourth season of Cobra Kai is set to crane kick its way to our screens before the year ends. If you’re a fan of The Karate Kid spin-off series, you probably already know that Johnny Lawrence's favorite drink is beer, specifically Coors Banquet Beer.

Sensei Johnny (William Zabka) seems to drink Coors Banquet from cans and bottles in pretty much every scene where he’s drinking.The frequent product placement makes us want to try out the beer for ourselves the next chance we get. 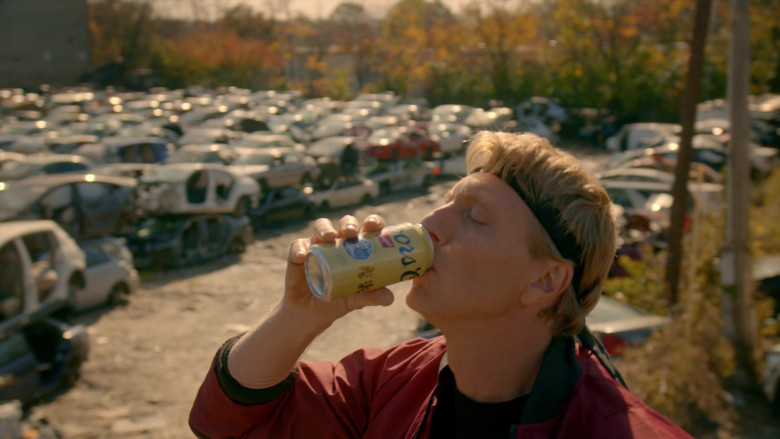 Unfortunately, Coors Banquet is still a bit off-the-grid for a mass-produced U.S. brand, and does not seem to be available on online beer delivery services and liquor stores in the Philippines. If anyone knows where to get Coors Banquet beers in Manila, please let us know.

What to drink: Whiskey, brandy, or Satan’s Whiskers cocktail

Lucifer recently returned to Netflix for its xisth and final season, wrapping up the saga of the devil. In the hit series, the main character, Lucifer Morningstar (Tom Ellis), owns a bar and is frequently spotted with a glass of whiskey in hand. In the original graphic novel, Sandman Presents: Lucifer miniseries, the fallen angel drinks brandy, more specifically, a 1920 Janneau Armagnac.

On some occasions, he can be seen drinking red wine and martinis, but whiskey seems to be a favorite for the fallen angel.

Want to try a little mixology experiment at home? In one episode of the latest season, Linda concocts a cocktail called “Satan’s Whiskers,”  which you can try making in real life. 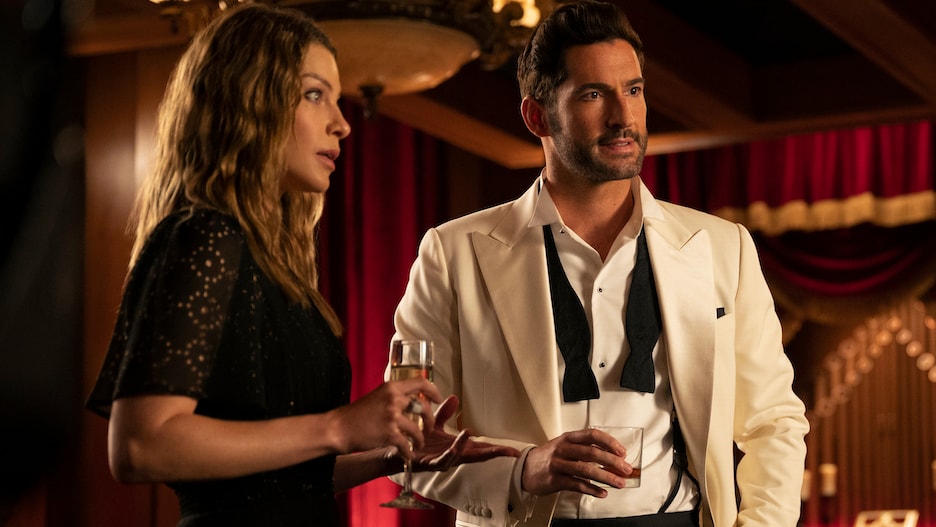 According to Punch, the drink that originated in the 1930s in Prohibition-era Hollywood is a variation on the Bronx, and can be made one of two ways—either “straight” with Grand Marnier, or “curled” with orange curaçao.

Simply combine all ingredients in a cocktail shaker, add ice, and shake it like you mean it! Strain into a chilled cocktail glass and you’re set. Punch suggests to garnish with an orange peel.

Stay safe and enjoy drinking at home this weekend!