Netflix has just announced the lead cast for the upcoming live-action adaptation of Avatar: The Last Airbender.

In a blog post on Friday, the streaming giant revealed that Gordon Cormier will play the role of Aang and will star alongside Kiawentiio (Katara), Ian Ousley (Sokka), and Dallas Liu (Zuko). The cast members will join the series adaptation of Nickelodeon's beloved cartoon show as series regulars.

Cormier's Aang is described as "a fearless and fun-loving twelve-year-old who just happens to be the Avatar, master of all four elements and the keeper of balance and peace in the world. An airbending prodigy, Aang is a reluctant hero, struggling to deal with the burden of his duties while still holding on to his adventurous and playful nature."

Katara, on the other hand, is "a determined and hopeful waterbender, the last in her small village. Though only fourteen, she’s already endured great personal tragedy, which has held her back from rising to her true potential, though it’s never dimmed her warm and caring spirit."

Ousley's Sokka, meanwhile, is Katara's sardonic and resourceful 16-year-old brother. Described as outwardly confident and even brash, Sokka "takes his responsibility as the leader of his tribe seriously, despite his inner doubts over his warrior skills… doubts that he masks with his wit and deadpan sense of humor."

Lastly, Liu will play the role of Zuko, a skilled firebender and the intense and guarded Crown Prince of the Fire Nation. Zuko, who is currently roaming the world in exile, has "an obsessive quest to capture the Avatar because he believes that is the only way to reclaim his life and live up to the demands of his cruel and controlling father, the Fire Lord." 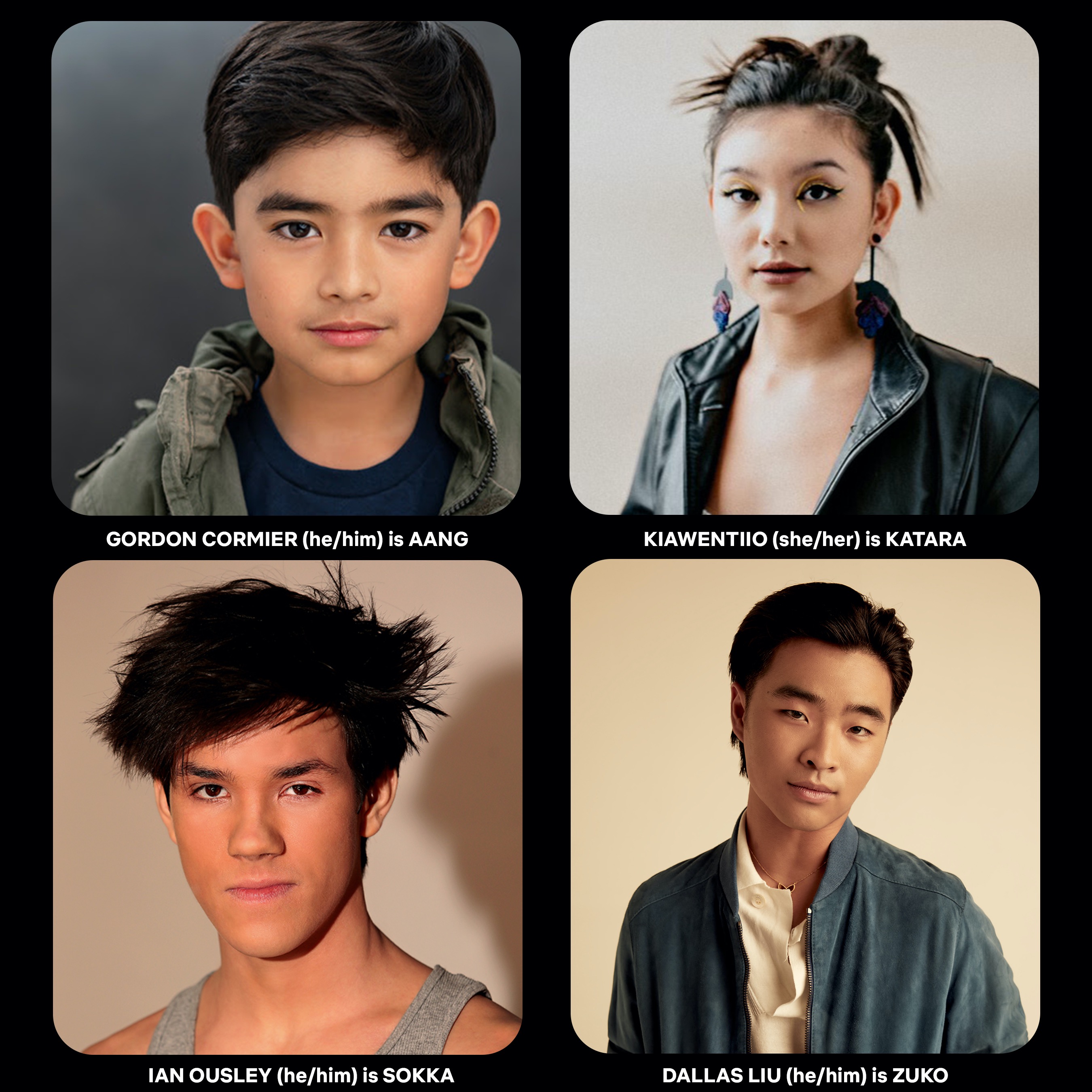 "[A] live-action version would establish a new benchmark in representation and bring in a whole new generation of fans," Kim said. "This was a chance to showcase Asian and Indigenous characters as living, breathing people. Not just in a cartoon, but in a world that truly exists, very similar to the one we live in."

First announced three years ago, the live-action adaption of the popular cartoon series encountered some production problems in 2020 after Avatar creators Michael Dante DiMartino and Bryan Konietzko decided to walk away from the project upon realizing that they couldn’t control the “creative direction” of the series.

Despite their departure, DiMartino and Konietzko will still be working on the world of Avatar after they both joined Nickelodeon's Avatar Studios as co-chief creative officers. The network announced last February that the newly formed division will create anime programs and movies based on the beloved series.

Avatar: The Last Airbender first debuted on Nickelodeon in 2005 and aired until 2008 for a total of three seasons. The series follows the story of Aang, the last airbender and his quest to master the elements of water, earth, fire, and air.

All three seasons of Avatar: The Last Airbender are now streaming on Netflix.