On Oct. 4, GMA Network Inc. officially revealed the “Kuya” they were referring to in the blurred photo they posted last week, with a text “Paparating na si Kuya, mga Kapuso! Abangan” on 24 Oras.

After the goodbyes, Atienza is now looking forward to the 3-program package that GMA Network Inc. offered to him.

This includes Mars Pa More with Iya Villania and Camille Prats; Dapat Alam Mo with Emil Sumangil and Patricia Tumulak; and 24 Oras wherein he will have his own daily entertainment trivia show.

'I did not leave ABS-CBN at its darkest hour': Kuya Kim officially bids goodbye to Kapamilyas as he moves to GMA-7

Netizens couldn’t help but show their sad but hopeful feelings about the departure, posting that they would miss Kuya Kim as a Kapamilya.

Didn’t think I’d ever cry over a weatherman ending his term at a network, but well, here we are. See ya elsewhere, Kuya Kim ? pic.twitter.com/JXtBRXbzX9

Kuya Kim's transfer to GMA makes me sad. He's a science teacher to my elementary self. I guess he's also the best-known weather reporter. Awww Matanglawin :(

You can feel how sincere he is on his farewell message. You can see how thankful he is to his second home for 17 years, ABS-CBN, to the bashers of Kuya Kim that’s LOYALTY✨ New home, New shows and Continue what you’ve started now as a Kapuso Kuya Kim‼️?? Welcome to GMA7‼️ pic.twitter.com/QyMESwe7CE

Kuya Kim Atienza is a huge part of my childhood. From early morning trivias, matanglawin and weather forecast every night. It's just heartbreaking to see him say this one last time ?? kuya kim we will miss you!!! @kuyakim_atienza pic.twitter.com/KCg90FSC7G

ABS-CBN released a statement on Oct. 1, saying, "We thank him for his dedication, passion, and most of all, service to the Filipino people. All the best, Kuya Kim!"

Davila on her Instagram story on Friday, "So sad to see Kim Atienza say his goodbye on TV Patrol. Can't help but feel sentimental. Wishing you the best, my friend!”

Meanwhile, Fullido posted a behind the scene video of Atienza’s last day on TV Patrol on Friday as well. “Thank you to our dearest Matanglawin! This is his final live show for TV Patrol. We will surely miss you & we love you!”

Bernadette Sambrano extended her well-wishes for Atienza while showing a photo of them together through her Instagram on Oct. 2.

“I will miss Kuya Kim and we sincerely wish him well. But this is also an appreciation post on why Kapamilya is Kapamilya,” she said.

According to her, those who left ABS-CBN should still be considered as Kapamilyas because their departure does not mean they are no longer part of the “family.”

On Instagram on Sept. 29, Kuya Kim posted a photo of himself hugging his fellow TV Patrol anchors Noli de Castro and Gretchen Fullido with the caption, “No words.” 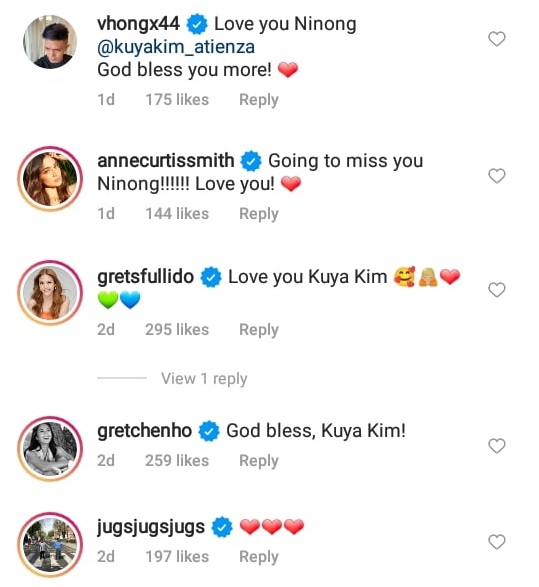 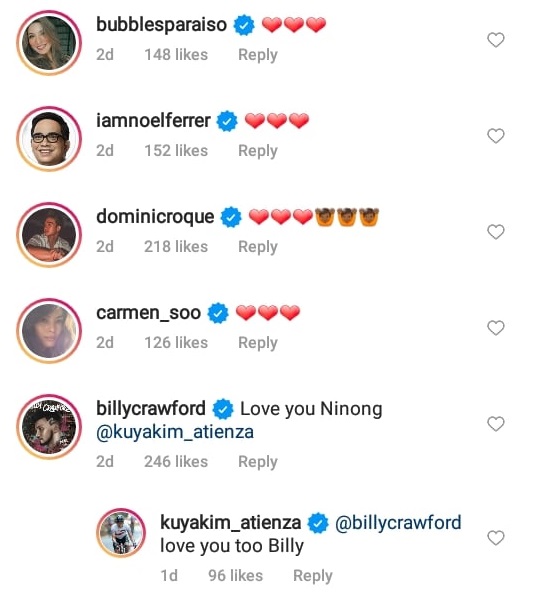 GMA Films’ president Atty. Annette Gozon-Valdes also welcomed Atienza: “You will be such a great addition to our network and may God continue to lead you to achieve greater things for his glory. I’m very happy that GMA will now be part of your journey.”

The most awaited message from the television weather presenter of GMA News, Nathaniel Augustin Cruz or known as Mang Tani was also heard. Mang Tani became trending last week when people hinted that Atienza would transfer to GMA Network. Some asked, “Paano na si Mang Tani?” as they're both weather anchors.

On Oct. 4, Dingdong Dantes uploaded a photo on his Instagram account welcoming Atienza and sharing how Atienza is being a “Kuya” to him.

“Not many may know this, but I have always given so much value and importance to the many occasions where Kuya Kim wholeheartedly welcomed me into communities that have changed my life— from running to our love for motorcycles and even spirituality…Ni minsan, hindi siya naging madamot sa pagbabahagi ng kaniyang kaalaman, passion at pananaw sa kung ano ang nararapat at kailangan,” he said.

Dantes added that he calls Atienza “Kuya” not because that is his screen name but because he sees him as his real older brother.

“But today, I'd like to take this opportunity to welcome you into a place that I have considered home for the past decades… Kaya Kuya, kumpadre, welcome! Ngayon, matatawag na rin kitang KAPUSO.”