Vanessa Hudgens will play not one, not two, but three doppelgängers in Netflix’s The Princess Switch 2: Switched Again, which is slated to premiere on Nov. 19.

To tide over fans, the streaming platform has released a new trailer for the upcoming rom-com film, which sees Hudgens reprise her roles as Duchess Margaret and Princess Stacy of Belgavria. But there’s a tad bit of twist this time, as Hudgens is also portraying a third lookalike, Margaret’s outrageous party girl cousin Fiona Pembroke. 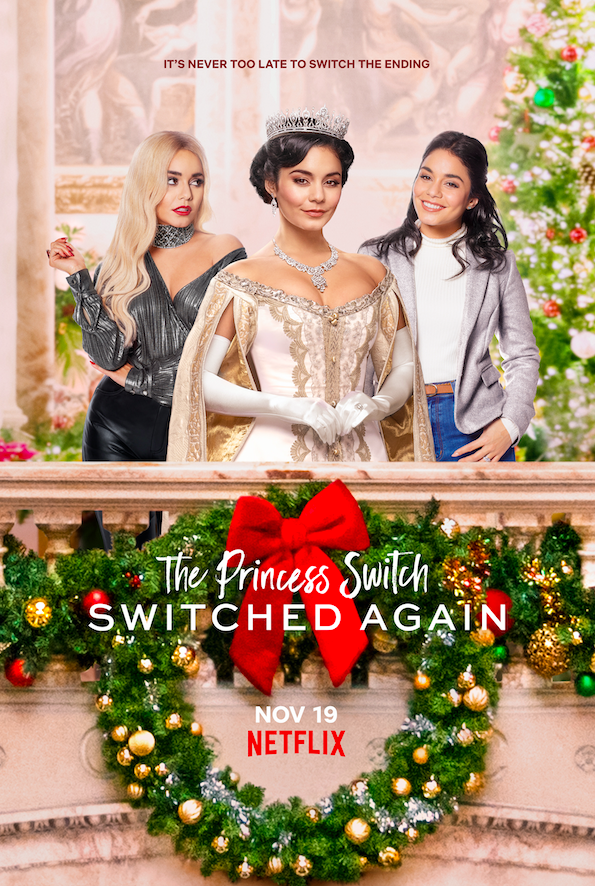 In The Princess Switch 2: Switched Again, Stacy is now happily married to Prince Edward of Belgravia, while Margaret’s relationship with Kevin hits a rough patch when she unexpectedly inherits the throne to the fictional kingdom of Montenaro. Stacy and Margaret will have to trade places again in a bid to rekindle the romance with her ex-boyfriend. However, things get more complicated as Fiona sets her eyes on Margaret's crown by plotting a switch of her own.

The Princess Switch 2: Switched Again is directed by Mike Rohl and written by Robin Bernheim Burger and Megan Metzger. The cast of the film also includes Sam Palladio and Nick Sagar.

Netflix earlier announced that production of the third installment of the film is set to begin later this year and slated for holiday 2021 release. Check out the new trailer of The Princess Switch 2: Switched Again below: