A Rustling of Leaves: Inside the Philippine Revolution, a 32-year-old film that documents the political and social unrest after the EDSA People Power revolution has finally been made public to Filipino audiences

The film made its Philippine debut as part of the opening weekend of Daang Dokyu, a festival of Philippine documentaries, focusing on the theme of martial law.

The award-winning film was written, directed, and produced by Canadian documentary filmmaker Nettie Wild in 1987, a year after former president Corazon Aquino came into power following the overthrow of the Marcos dictatorship.

It chronicles the three points of a political triangle – the legal left, the illegal (armed) revolution, and the enemy that threatens them both: the armed reactionary right, in an engaging and immersive manner.

“Every time there’s an election, politicians promise to give these people back their land. Since 1930, there have been 42 land reform decrees and nine legislative acts. The present (Aquino) government is working on the tenth. But Filipinos remain landless. In the people’s need for land and desire to control their own lives, lies a revolution,” Wild narrates.

Farmers toiling away in sugarcane fields and footage of the Mendiola Massacre show people’s fight for land, while scenes captured in the slums of Manila and scavengers digging through garbage of Smokey Mountain depict the pressing poverty the country faces.

The filmmaker travels deep into the mountains of Mindanao, capturing the struggles of members of the New People’s Army or NPA. She features intimate interviews with key personalities which provide context for the larger issues.

Every time there’s an election, politicians promise to give these people back their land... But Filipinos remain landless. In the people’s need for land and desire to control their own lives, lies a revolution.

The film follows the lives of Kumander Dante, founder of the guerrilla New People’s Army; Father Navarro, rebel priest and guerrilla fighter; and Jun Pala, a radio DJ and the voice of the “Anti-Communist Crusade” and right-wing death squads in Davao. Also featured in the film are former radical priest Ed dela Torre and young lieutenant Ronald “Bato” dela Rosa.

De La Rosa, who currently serves as a senator under President Rodrigo Duterte, was shown as the chief handler of the anticommunist paramilitary group, Tadtad ("Chop-chop"), a religious extremist cult known for chopping off the heads of their enemies – mainly, suspected communist sympathizers in Davao.

The film’s grim subject matter is lightened somewhat by the idyllic rural landscapes, stylized animation when discussing key terms and mainstream media reports, and the eclectically upbeat but effective music selection from Filipino composer Joey Ayala, along with David Byrne and the Talking Heads and the Bee Gees.

The eye-opening film, which has won numerous international awards including the People’s Choice Award at the 1989 Berlin International Film Festival, the Grand Prize at the Houston Film Festival and has been featured in film festivals around the world, has never been shown before in the Philippines until now.

According to the filmmaker, the screening marks the film’s “most important audience – the Filipinos.”

“It’s time for A Rustling of Leaves to come home. It’s only a pandemic that stops me from being on a plane to be in the Philippines for this first official screening of A Rustling of Leaves in the Philippines. I dedicate these digital screenings to the Filipinos who offered friendship to me, an outsider. During the making of the film, we were following very big, important stories, but we were also finding stories that were surprising and not being covered by the mainstream media. Perhaps these stories can provide a way of making sense of this extraordinary chapter in the Philippines' history,” said Wild.

Daang Dokyu Festival director Jewel Maranan says that despite its delayed release, the film remains very relevant today, given the current political situation in the Philippines

“In my opinion, no sharper and more in-depth analysis of our nation's conflicts and contradictions has been made in film than this distinctive documentary by Canadian filmmaker Nettie Wild. It is an important film for people seeking to understand the roots of conflicts in the country and for those concerned about the peace process,” said Maranan.

A Rustling of Leaves: Inside the Philippine Revolution is currently available free to watch from https://www.daangdokyu.com/watchnow/.

Other featured documentaries currently free to watch now include: 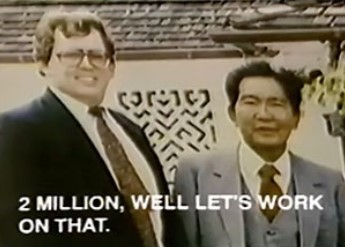 Containing rare footage and recorded conversations, this documentary about "the plunder of a nation" hosted by ABS-CBN's Angelo Castro, Jr. looks into "the inhuman manner in which Marcos and his henchmen systematically drained the economy in their greedy and unrelenting quest for fortune." 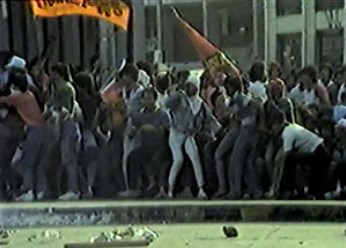 Mendiola Massacre is a newsreel of the massacre at Mendiola Bridge on January 22, 1987. The protest action for genuine agrarian reform by peasant organizations led by Kilusang Magbubukid ng Pilipinas resulted in the deaths of thirteen farmers and injuries to hundreds of civilians. 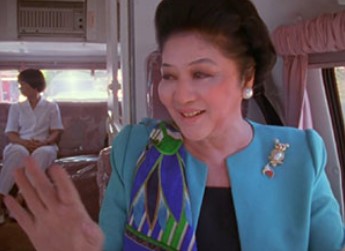 For the first time, Imelda Marcos tells her own story on film, from being a young beauty queen in the 1950s to becoming the First Lady of the Philippines in the 1960s, until the ouster of Ferdinand Marcos in 1986 with the People Power Revolution. Foregrounding the narrative is not just Imelda and her obsession with power but also the lasting influence of her family on Philippine society even to this day. 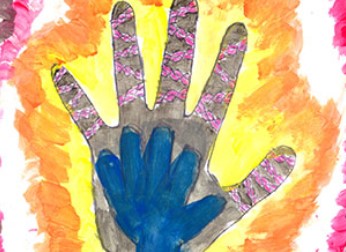 In Alunsina, Dalena explores the potentials and limits of engagement within a community facing trauma. Working closely with human rights organizations, she finds herself documenting the struggles of children and families in an urban settlement severely affected by the government's war on drugs. She engages with another family whose child has resorted to drawing pictures to cope with such tragedy and again confront the complexities in communicating the violence they have witnessed.

The Daang Dokyu Festival will run from September 19 to November 5, 2020.

Folk beliefs that deal with the dead

Do you believe in ghosts?