If the quarantine taught us any life-worthy lesson, it’s about the importance of mastering all sorts of daily tasks and household chores.

Streaming service Netflix has acknowledged this so much that during their Anime Festival 2020 presentation, the company announced that popular comedy manga Way of the Househusband will be getting an anime show, slated for release next year.

Way of the Househusband tells the story of Tatsu, an infamous 38-year-old ex-Yakuza boss nicknamed “the Immortal Dragon.” One day, this underworld legend retires from a life of crime to travel another path – the way of the househusband that loves and supports his busy working wife, Miku.

The Way of the Househusband anime series will be directed by Chiaki Kon at J.C. Staff, while the writing duties fall to Susumu Yamakawa. Actor Kenjiro Tsuda will reprise the voice of Tatsu.

Alongside the announcement, Netflix also released a promo poster for the new animated show, showing the former yakuza Tatsu wearing the cutest of aprons while holding a bento. 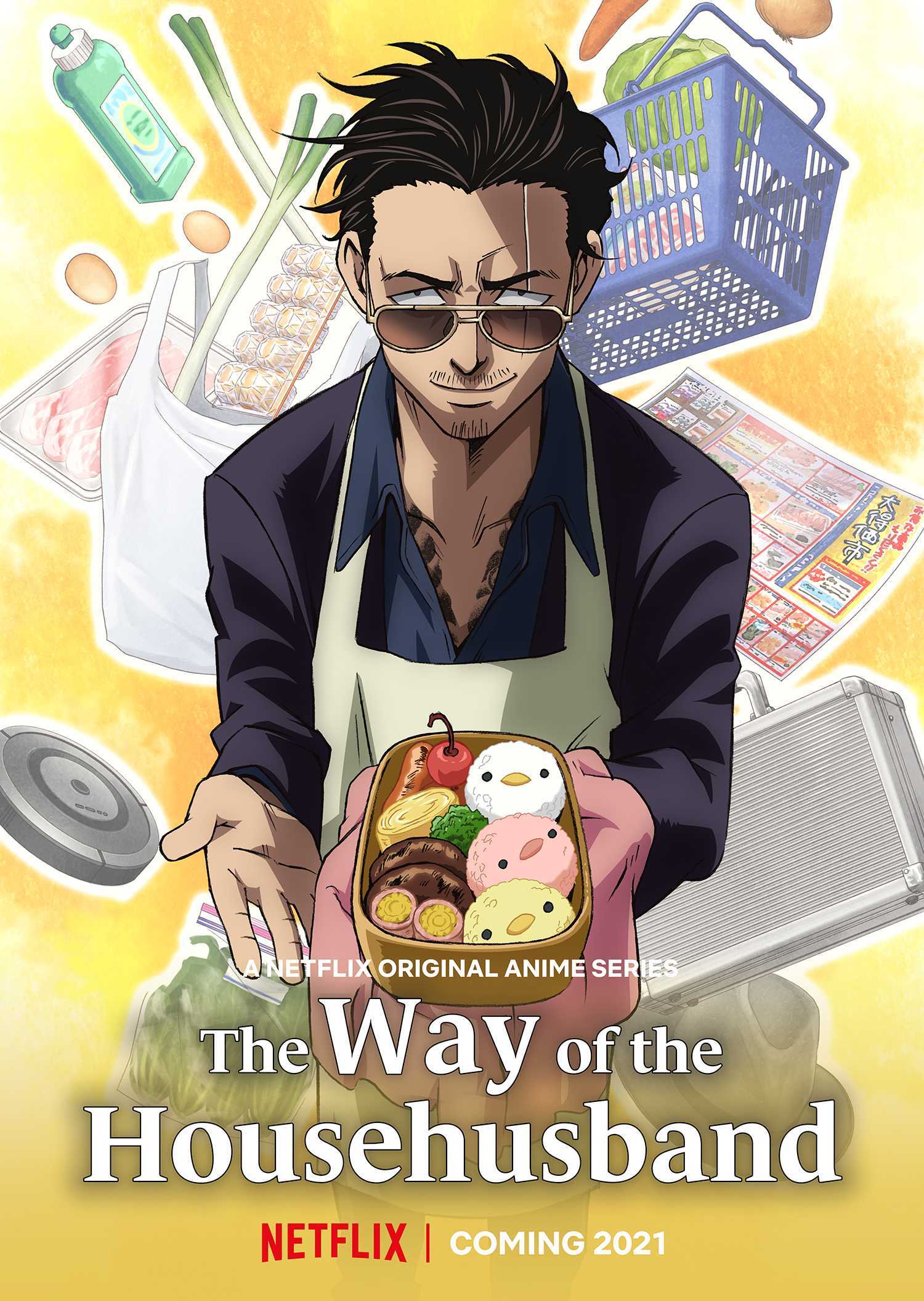 The Way of the Househusband anime arrives on Netflix in 2021.

TAGS: Netflix Way of the Househusband