The film is directed by Denis Villeneuve, known for helming other science fiction flicks such as Arrival (2016) and Blade Runner 2049 (2017). Dune is the first of a planned two-part adaptation of the 1965 novel of the same name by Frank Herbert, and will cover roughly the first half of the book.

Here’s the synopsis for the film:

“A mythic and emotionally charged hero’s journey, Dune tells the story of Paul Atreides, a brilliant and gifted young man born into a great destiny beyond his understanding, who must travel to the most dangerous planet in the universe to ensure the future of his family and his people. As malevolent forces explode into conflict over the planet’s exclusive supply of the most precious resource in existence – a commodity capable of unlocking humanity’s greatest potential – only those who can conquer their fear will survive.” 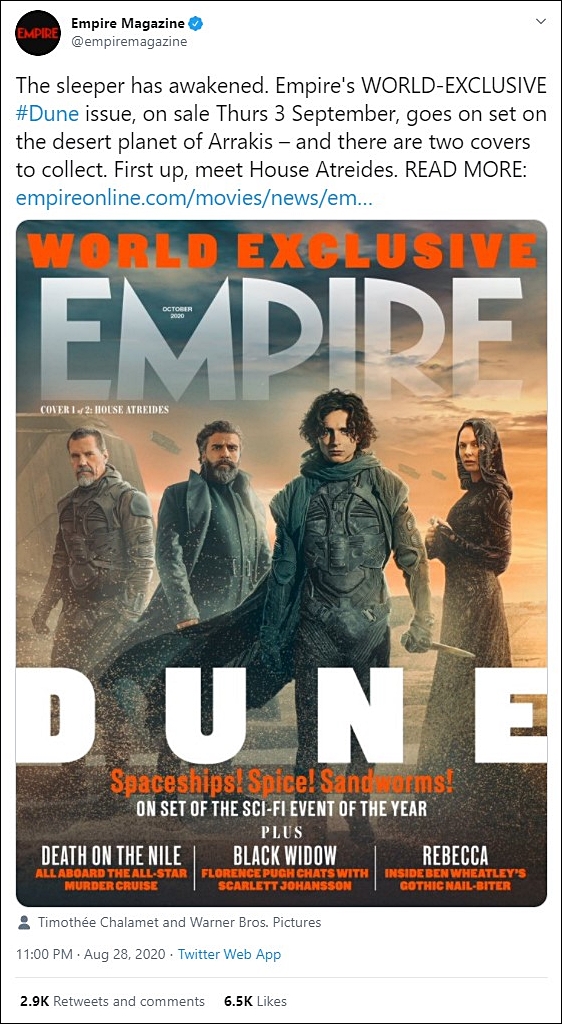 The third and final subscriber’s cover, created exclusively for Empire, gives viewers a sneak peek at one of the movie's monstrous Sandworms looming behind an oblivious Paul Atreides. The deadly and colossal worm-like creatures are essential to the ecosystem the desert planet Arrakis.

The first trailer for Dune is expected to drop online on September 9, while the film is currently slated for a theatrical release on December 18, 2020.