Star Wars and Adidas have really stepped up their game this 2020 with their latest collaborations. After releasing footwear inspired by C-3PO, Boba Fett, and Darth Vader, they recently unveiled  a ZX 2K BOOST influenced by the captain of the Millennium Falcon himself, Han Solo.

The ZK 2K BOOST line is inspired by '80s technical runners but designed for moving around the city. The “Core Black” synthetic fabrics and TPU overlays used for structural support have been used to build the upper, while “Sand” leather and more “Core Black” TPU has been used to construct the shoe’s heel section. 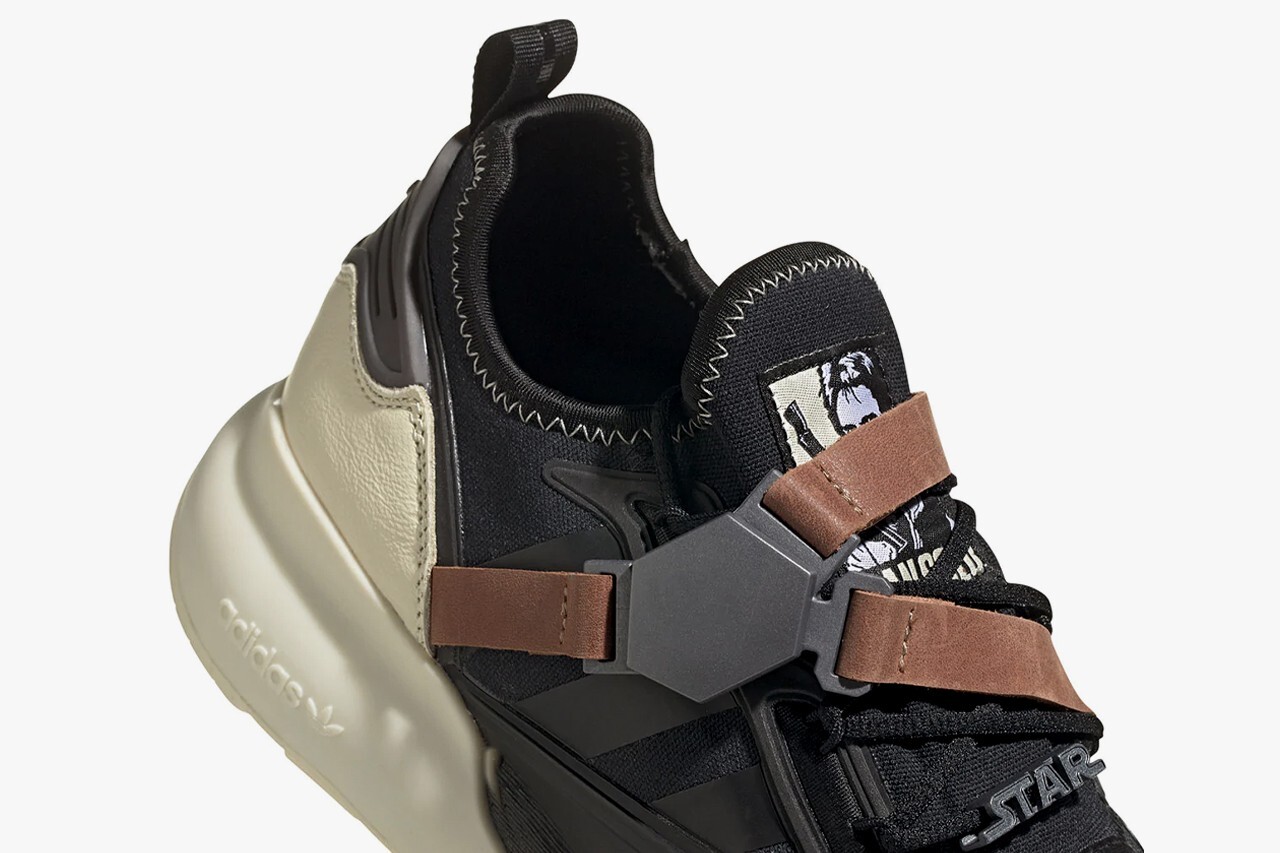 A “Sand” midsole clip sits on top of black BOOST that runs the full length of the sole unit, and is finished with embossed adidas branding.

But what makes this pair a collector’s item for sneakerheads, is its reference to Han Solo. The character’s signature leather holster belt has been translated in the form of a strap-buckle that wraps over the lacing system.

Underneath this, you’ll find a Han Solo patch stitched onto the tongue, as well as “STAR” and “WARS” lace locks.

Rounding out the collaborative sneaker is another set of lace locks – one of which says “HAN SOLO” and the other replicating the Millennium Falcon. The sneaker comes in a special edition box, that features an illustration of the hero and leader of the rebel aliance against a starry night sky with Adidas signature white stripes int the background. 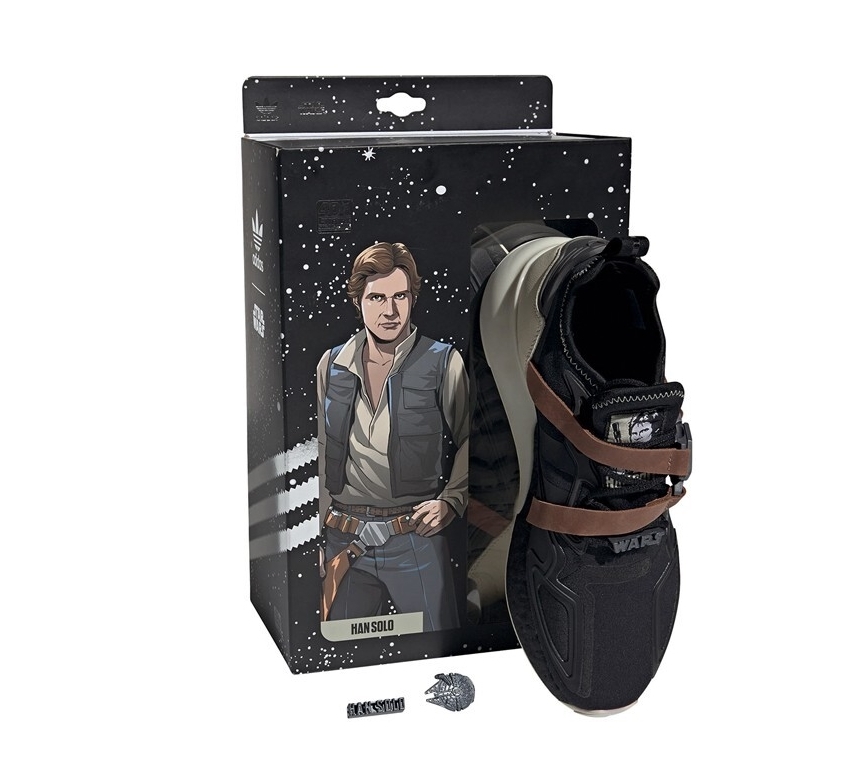 The Han Solo inspired adidas ZX 2K BOOST retails for $197 USD and will be available soon at Atmos Tokyo.