Apple’s Worldwide Developers Conference or WWDC kicked off early morning Tuesday (PHL time) with a slew of announcements regarding what’s in store for Apple devices from this autumn onwards.

While no new hardware announcements were made, the two-hour keynote address during the company’s annual conference for developers was jam-packed with updates for major products, including the iPhone, iPad, Mac, Apple Watch, AirPods and Apple TV.

Apple Maps unveils beautiful new ways to explore the world, Weather is redesigned with full-screen maps and more graphical displays of data, Wallet adds support for home keys and ID cards, and browsing the internet with Safari is even simpler with a new tab bar design and Tab Groups. iOS 15 also includes new privacy controls in Siri, Mail, and more places across the system to further protect user information.

“For many customers, iPhone has become indispensable, and this year we’ve created even more ways it can enhance our daily lives,” said Craig Federighi, Apple’s senior vice president of Software Engineering in a news release. “iOS 15 helps users stay connected while sharing experiences in real time, gives them new tools to help reduce distraction and find focus, uses intelligence to enhance the photos experience, and, with huge upgrades to Maps, brings new ways to explore the world. We can’t wait for customers to experience it.”

Here’s a roundup of the major announcements from WWDC 2021:

iOS 15 will introduce a new feature called "Live Text" that uses AI to copy text from what photos and paste it into apps like Notes or iMessage, which will definitely be a time-saver for people who commonly try to transcribe text from photos.

The company's new FaceTime feature dubbed "FaceTime links" will finally enable users to join a FaceTime call from a non-Apple device. This includes Android smartphones, Windows, or any device that can access a web browser. The new feature comes amid continued work-from-home and remote education environments, and will allow FaceTime to become a more versatile platform for video calls like Zoom or Skype for Apple users. 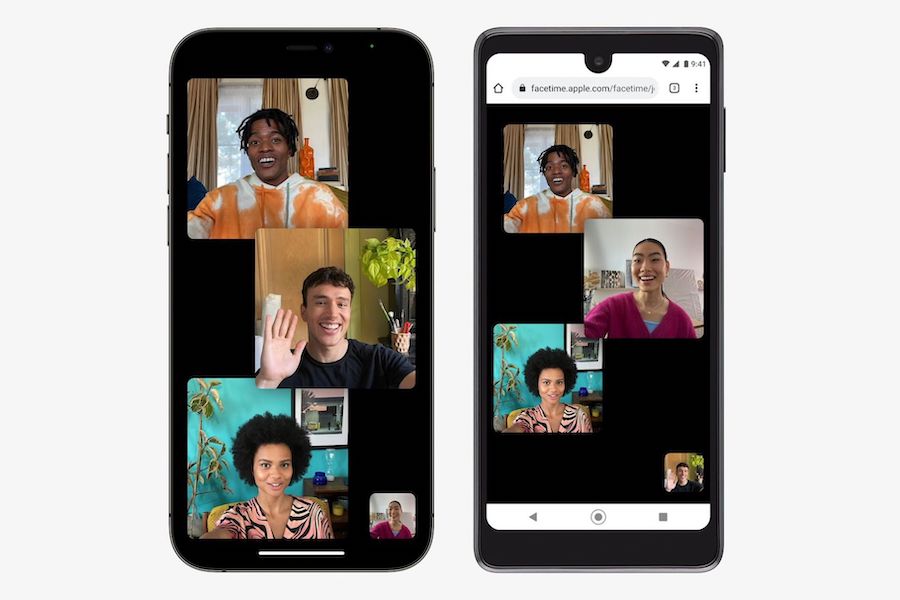 Check out the iOS 15 preview here.

Apple also unveiled iPadOS 15, which gives users the power to do more things easily with powerful new multitasking tools. Updates include changes to Widgets that will let users put them anywhere on the Home Screen. Apple's iOS 14 App Library is also coming to iPadOS, alongside improvements to the Notes app. The Translate app from iPhone is also coming to iOS, as well as a new Swift Playgrounds app that will let users create and submit apps directly from iPad.

Check out the iPadOS 15 preview here.

Apple announced watchOS 8, which includes updates for health and fitness, including sleep tracking, and the reimagined Breathe app, which has been renamed Mindfulness. The watchOS 8 features new Workouts like Pilates and Tai Chi, and support for Portrait mode pictures on your Watch Face. Other upgrades include GIF sharing from your Watch, multiple timer support, and next-hour precipitation for the weather. With the watchOS 8, users can stay connected easier, see pictures, control digital keys, and even access their IDs in powerful new ways all from your wrist.

See the preview of the watchOS 8 here.

Apple's new macOS Monterey software includes a new Universal Control feature that lets users control multiple devices like an iPad and iMac with one mouse and keyboard, as well as dragging and dropping content between multiple devices. Apple users can share their screen with friends and coworkers in entirely new ways with SharePlay and explore a more immersive, customizable, and streamlined Safari.

See the preview of the macOS Monterey here.

Apple made some smaller improvements to the Health app including measurements for things like Walking Steadiness, a new Trends feature, and health sharing between family members as well as the ability to share your medical information more easily with your health provider.

Upcoming privacy changes include opting out of email tracking, and features like Digital Legacy, which will let relatives of deceased family members recover data.

Apple confirmed it is bringing its digital assistant Siri to third-party accessories, with other HomeKit upgrades as well. Siri will process audio on-device by default in iOS 15, meaning users will be able to use the feature without an active internet connection. Apple says the upgrade will also make Siri faster and more private.

For those who just want a glimpse of the highlights, here's a recap of the announcements made during the first day of the developer's conference.

There's no official release date yet set, but the latest versions of iOS, iPadOS, and macOS are expected to arrive sometime this fall.