Imagine being set up to go on a blind date with someone you barely know—but they have the potential to be great. And then it turns out, the mystery human has all it takes to exceed your expectations. This is what Gulf Kanawut’s first solo fan meeting felt like.

I knew Gulf Kanawut from his TharnType: The Series drama but I had to re-discover him as soon as his solo fan meet in the Philippines was announced. From then on, I realized that he’s a shining star with lots of charm and talent to offer. And his press conference and fan meet on October 2 were proof that I was definitely missing out.

It’s been days since Gulf made a splash in the Philippines but we still can’t get enough of his breathtaking visuals, heart-fluttering smile, and undeniable charm. Allow us to revisit the highlights of his solo fan meet below.

We can’t help but swoon as the charming #GulfKanawut faces the media. He revealed that he’s excited to “bring happiness” to fans tonight. #GulfInManila2022 pic.twitter.com/VJ4uWuPQbt

Avid Gulf Kanawut fans—or Phiballs—know that the Thai superstar is a good-looking man. But nothing compares to the shock of seeing him in person in the intimate press conference and fan meet.

Pictures and videos don’t do Gulf’s visuals justice if we do say so ourselves.

Gulf admitting that he wants to be a “bad boy”

Gulf as a bad boy? We would love to see it. 🥰#GulfKanawut shared that he’s interested to channel his inner baddie and challenge himself by taking on villain roles in his next projects. #GulfInManila2022 pic.twitter.com/mgLSVPyEfe

You’ve heard it from Gulf Kanawut himself, folks. The actor himself revealed in the press conference and fan meeting that he wants to be a bad boy in his next acting project.

Since he kept on talking about his desire to be a villain, it looks like Gulf is determined to become a baddie in the future.

Gulf setting the stage on fire with Why You So Serious

The main event is finally here! 🤩#GulfKanawut kicks off his PH fanmeet with a bang as he performs his hit song ‘Why You So Serious.’#GulfInManila2022 pic.twitter.com/M3CSyqFRyC

There’s no better place to show off your many talents than a fan meet—and Gulf did just that. The Thai superstar set the New Frontier Theater stage on fire with a fiery performance of his song Why You So Serious.

Sorry, Phiballs. It seems that Gulf’s Filipina ideal type is none other than Sarah Geronimo.

Of course, we had to ask #GulfKanawut which Filipino and Thai actor he wants to work with in the future. He revealed, “I want to try working with Sarah Geronimo.” #GulfInManila2022 pic.twitter.com/kiPYJilfHZ

Gulf recently revealed that he wants to work with the popstar royalty.#GulfInManila2022 pic.twitter.com/cBupjpNwt7

With the help of host Kring Kim, he was able to get the steps right in one go. Hopefully, we can witness Gulf and Sarah sharing the screen together in a project soon. 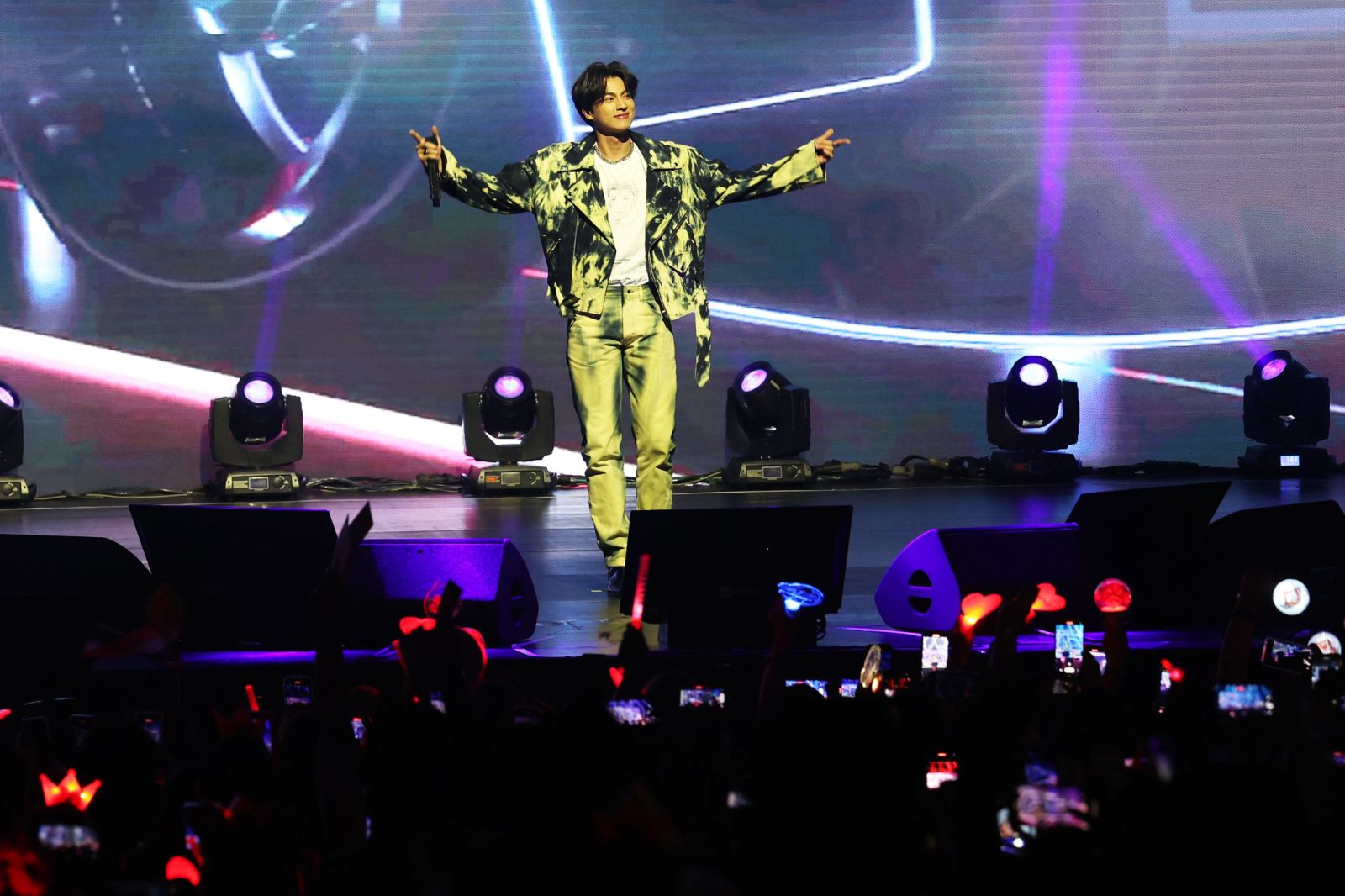 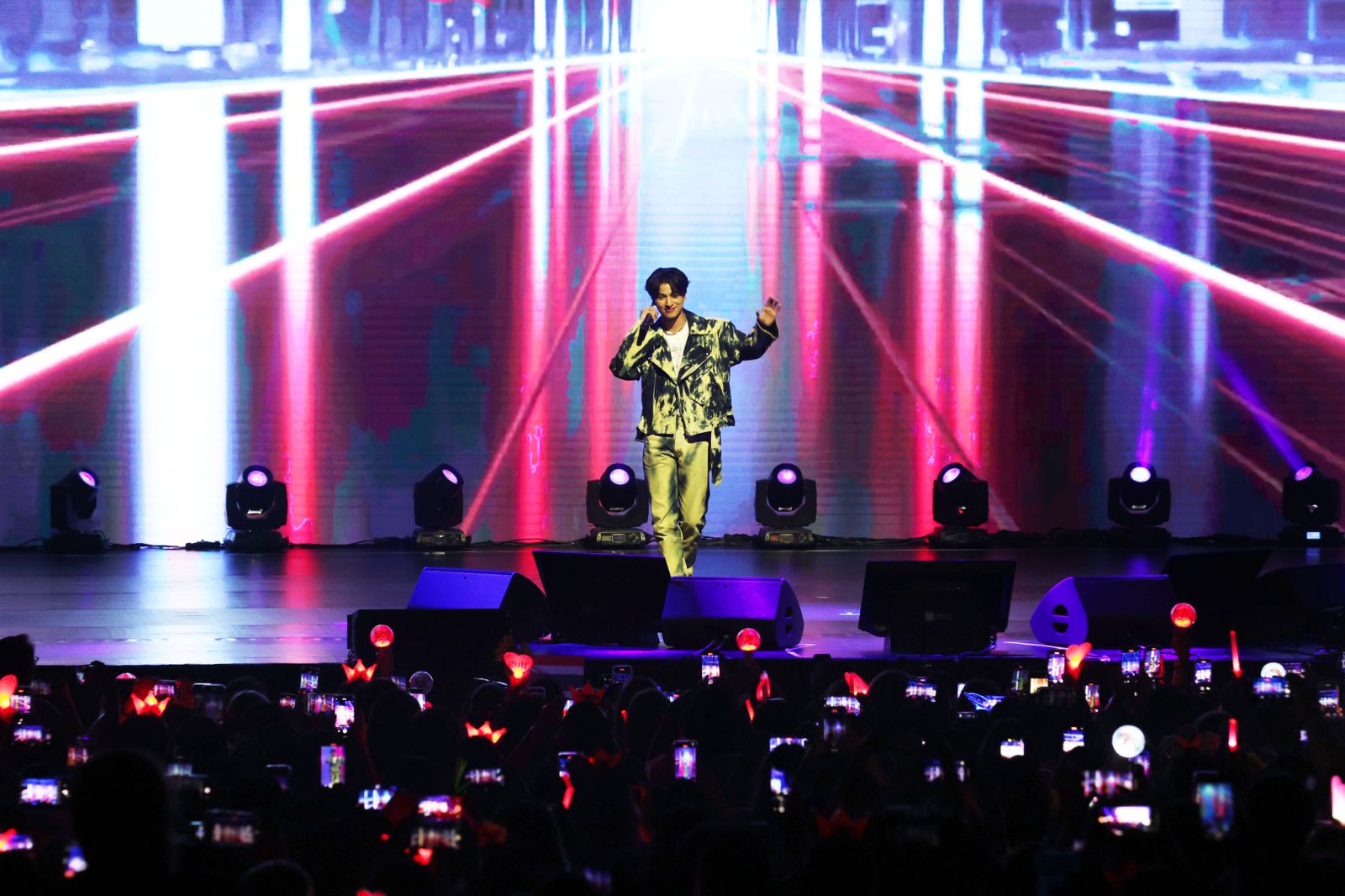 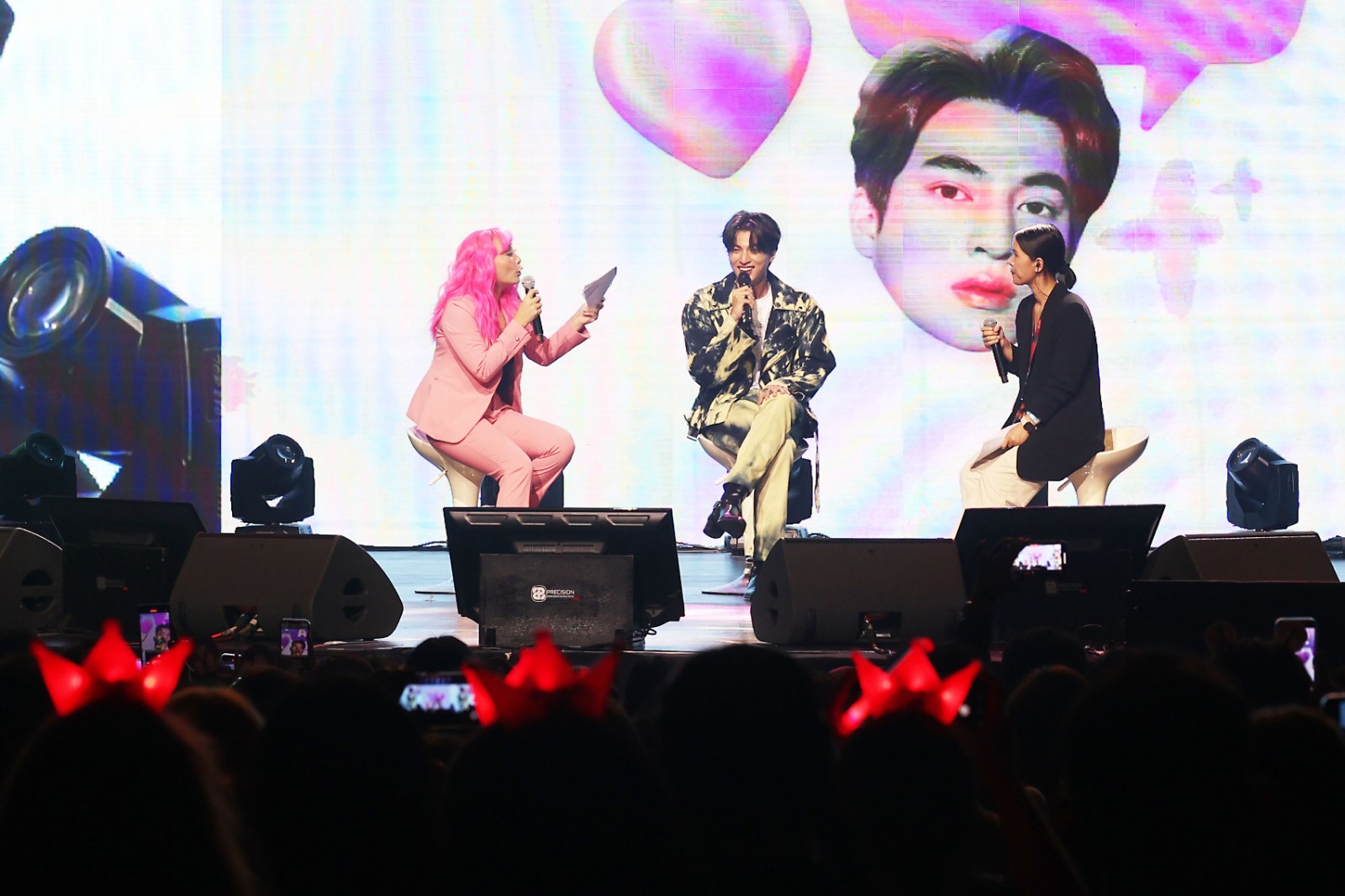 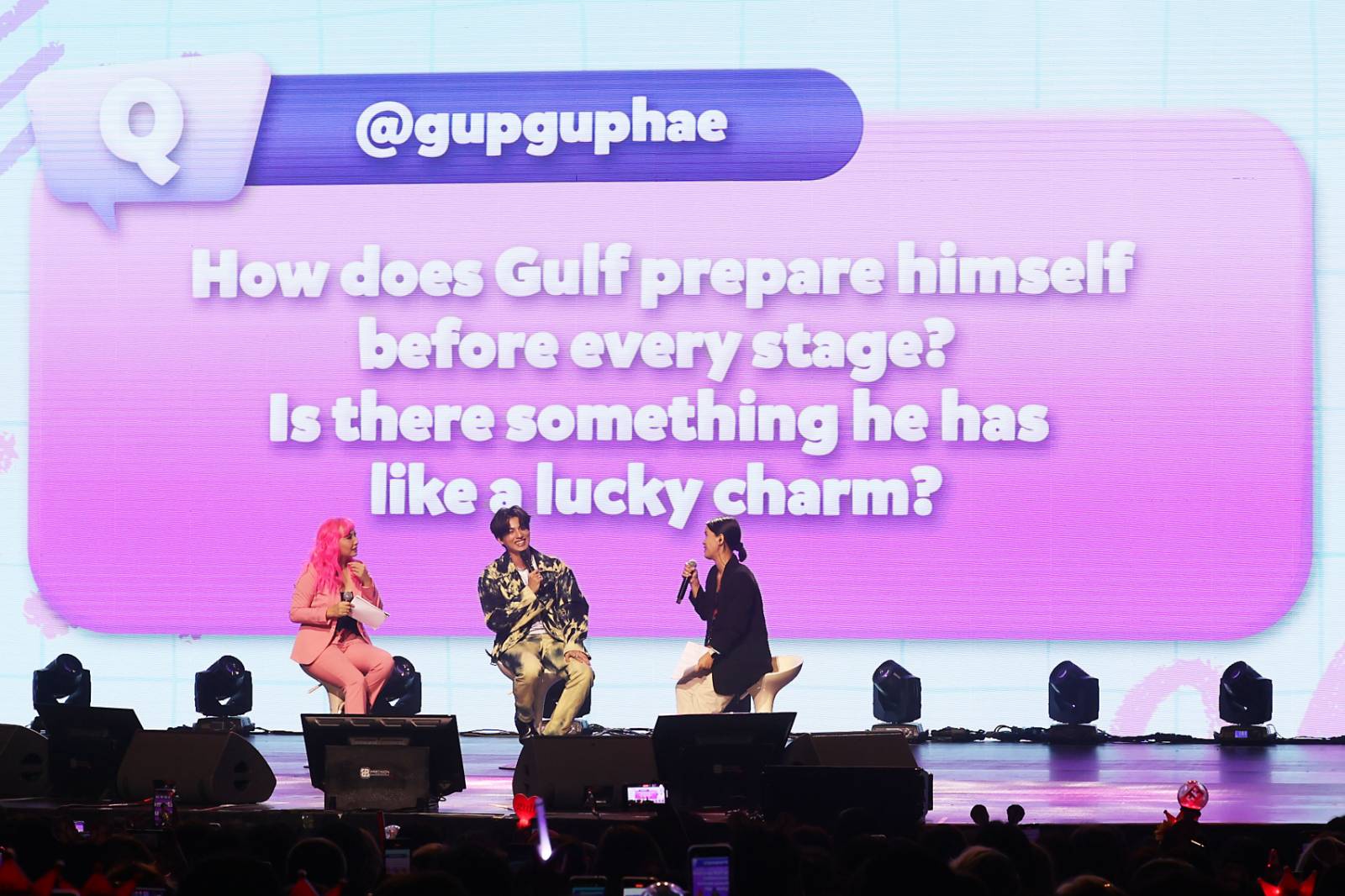 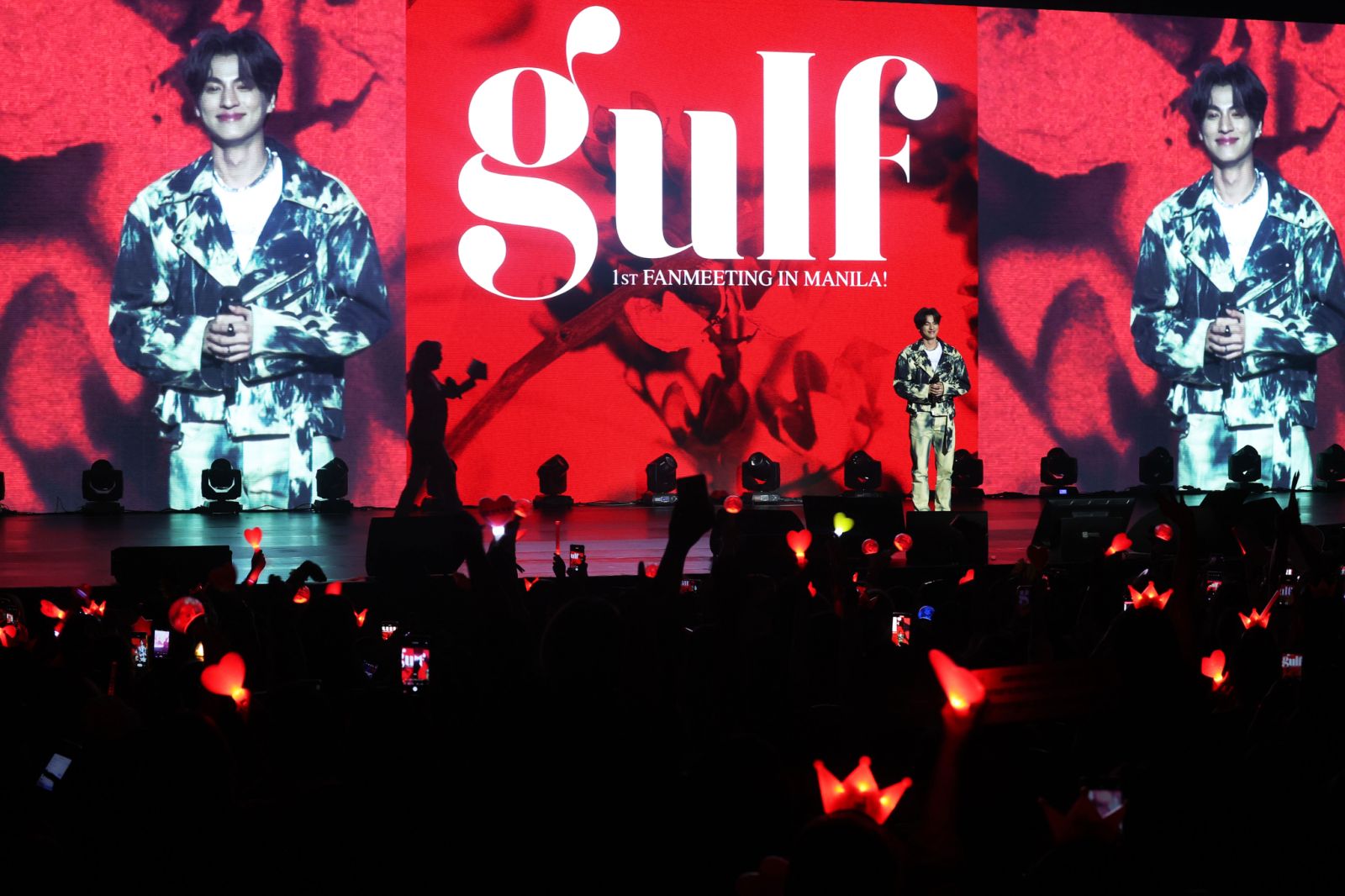 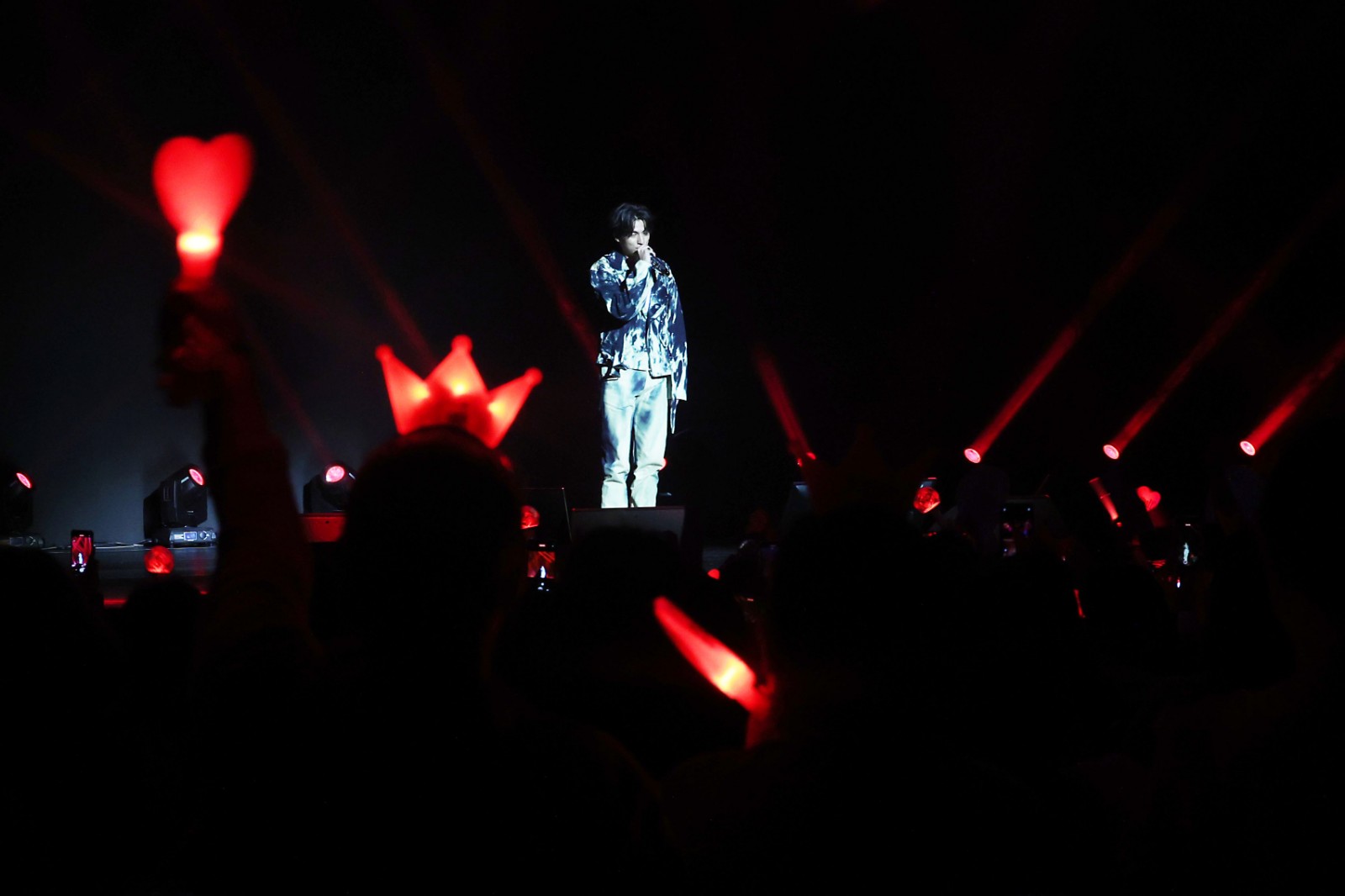 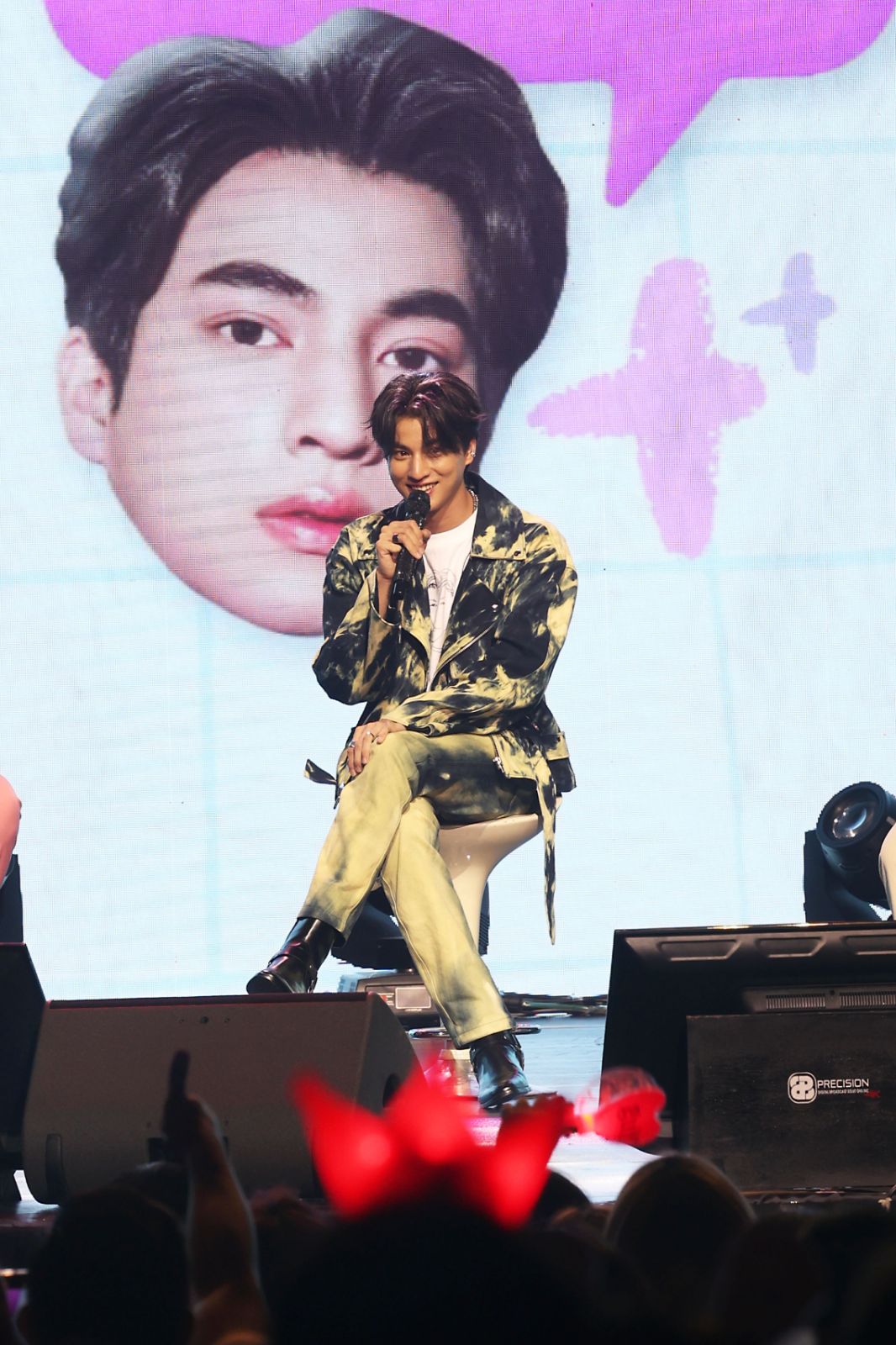 Of course, it won’t be a Gulf Kanawut fan meet if he didn’t drop a spoiler for his future projects. The actor revealed that he’s set to star in the upcoming series The Famous Gentleman and The Makeup Artist.

According to Gulf, both dramas are exciting opportunities since it shows different sides of him as an actor. He also shared that fans should be ready for the second episode of The Makeup Artist since something “exciting” will happen.

Meanwhile, Gulf said the Famous Gentleman will revolve around the “second generation” of the original series.

Fans at the New Frontier Theater erupted into cheers when Gulf was challenged to reenact scenes from popular films ‘One More Chance’ and ‘Starting Over Again.’#GulfInManila2022 pic.twitter.com/dMiasH64Nd

Perhaps, the highlight of Gulf’s fan meet was the Thai actor showing off his acting chops when he was asked to reenact scenes from One More Chance and Starting Over Again.

The Thai actor was given a few minutes to internalize Popoy (John Lloyd Cruz) and Marco (Piolo Pascual) before acting alongside Kring—much to the fans’ delight.

Why hello there, Ginoong Gulf Kanawut.

To wrap up his fan meet, Gulf made sure to send his love to Phiballs by donning a Barong Tagalog. The actor made a heartfelt surprise after watching a video that showed fans sharing how much they love him.

#FangirlGuide: Fall in love with Thai actor Gulf Kanawut with these 7 fun facts