A star-studded and magical night, indeed.

After the revamped introduction of Amazon Video in the Philippines, celebrities from all over Southeast Asia were flown all the way to the Lion City to grace the premiere night of the Lord of the Rings series adaption, The Rings of Power.

Held at Singapore's gorgeous Flower Dome Hall in Gardens by the Bay, a few of our own famous names were in attendance to celebrate the return of the highly-anticipated series on Sept. 1.

Here are the big local names who made their blue carpet debut.

Amazon‘s ‘The Lord of the Rings: The Rings of Power’ series: What we know so far

The face of Prime Video herself, Anne Curtis, teased her blue carpet appearance with an Instagram post highlighting her laid-back routine before the big night.

"Good Morning, Singapore! Here with my @primevideoph family for an exciting premiere happening tonight," she wrote in a Reel shared on Aug. 31.

Soon enough, the star shared via Instagram Stories her The Rings of Power adventures, such as reuniting with Kampanerang Kuba co-star Issa Pressman.

Issa had portrayed a young Anne in the hit teleserye 17 years ago. 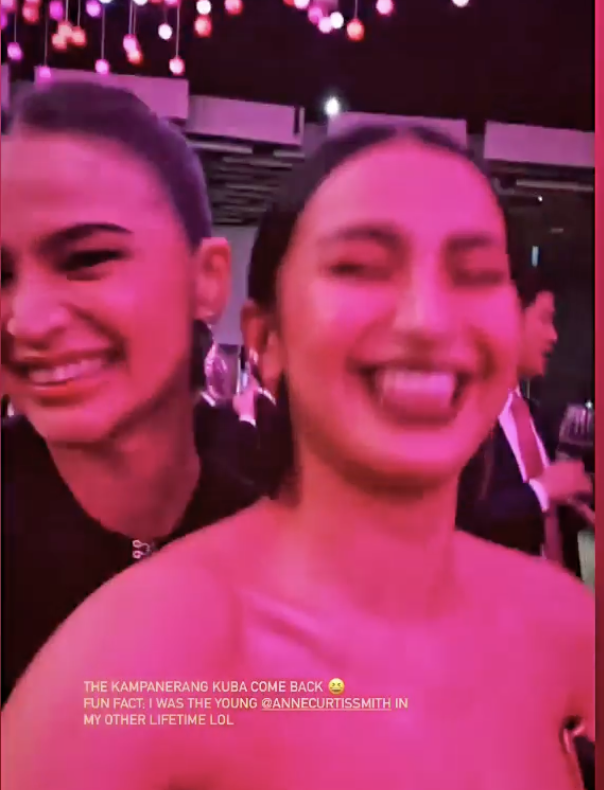 Anne also shared that she was seat mates "for the nth time" with Piolo Pascual. In his own Instagram Story, Piolo shared a video selfie with Anne enjoying the night's festivities. 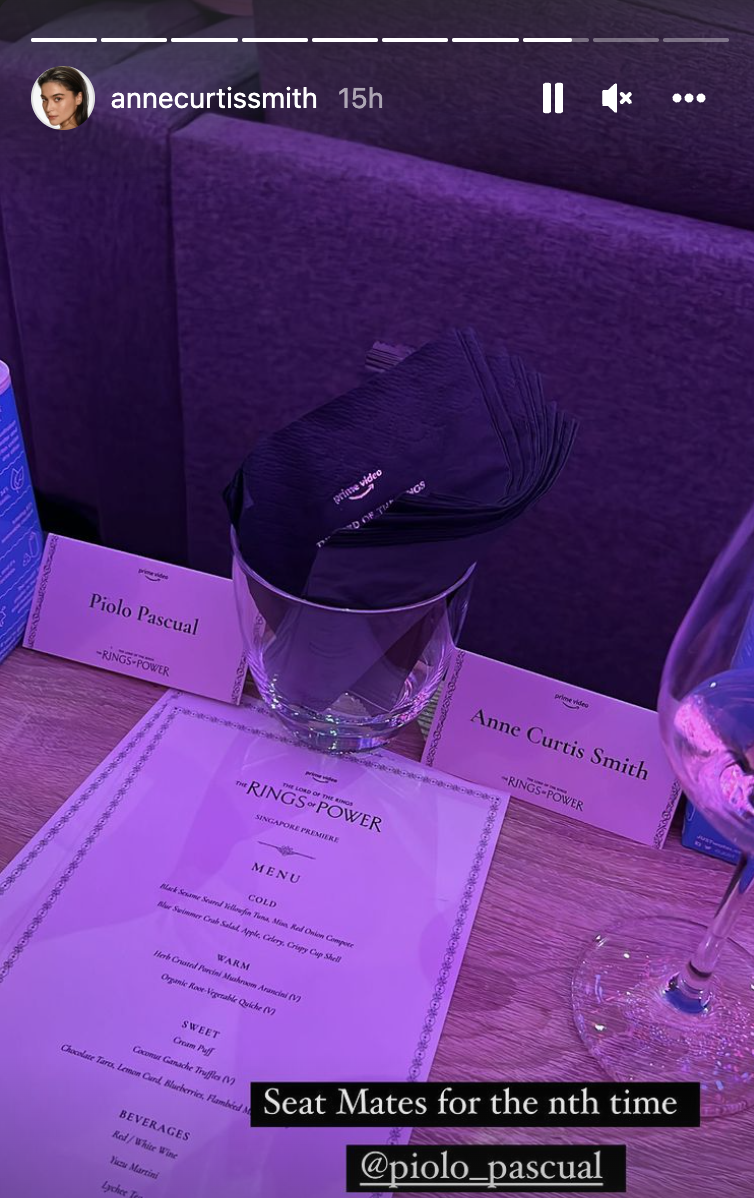 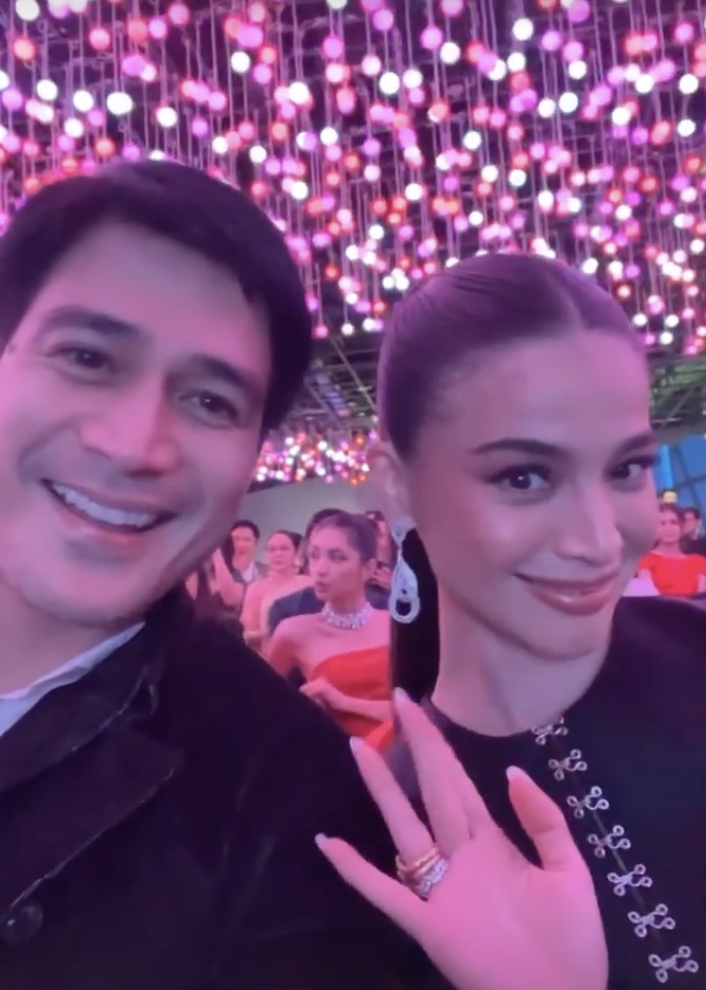 Meanwhile, young actor Donny Pangilinan wore a dapper suit to Gardens by the Bay and posted a photo alongside showbiz veterans Anne, Piolo, and Jericho Rosales.

Cool couple Karylle and Yael Yuzon were also in attendance, as they shared a blue carpet boomerang snapshot. Karylle wore a stunning pink gown while Yael wore a dashing suit and tie.

Similar to Karylle and Yael, Ian Veneracion had fun in the same blue carpet photobooth. 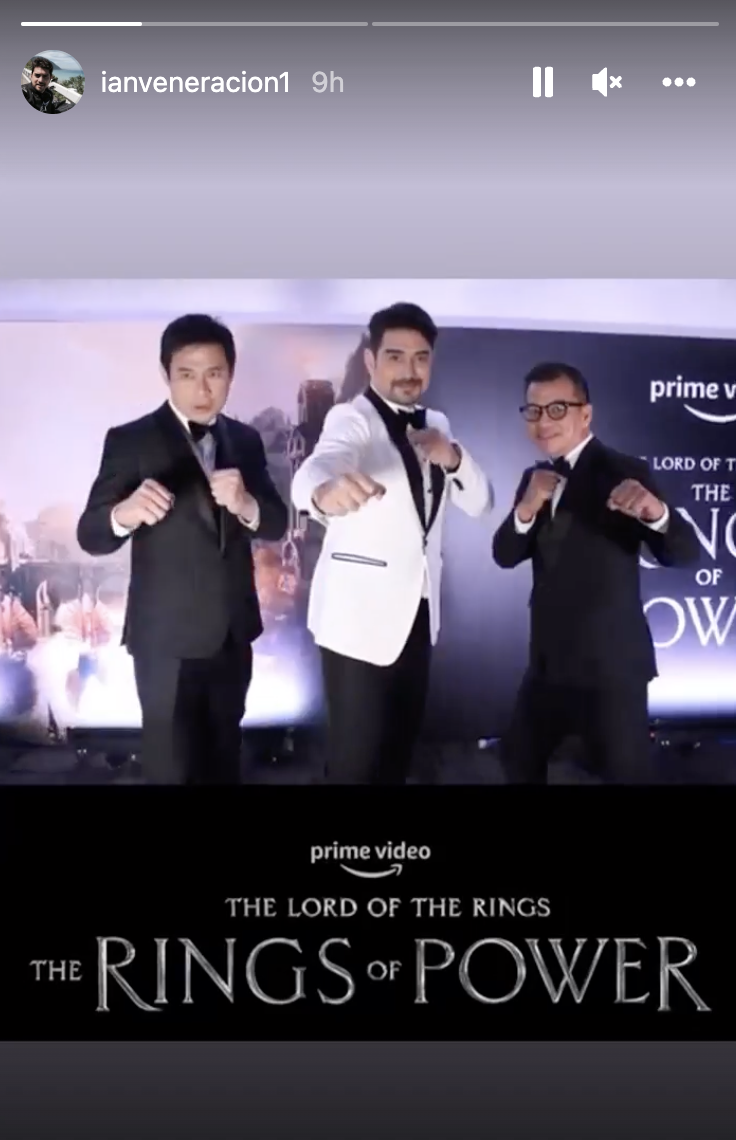 Jericho Rosales, meanwhile, was a vision in his clean-cut Prada suit and sunglasses.

The night also served as a milestone for internet personality, Mimiyuuuh, as it was her first international blue carpet appearance. Mimiyuuh appeared in a stunning green Rajo Lauren gown as she sashayed her way to the cameras.

"Philippines represent AAAAAYYYYYEEEEEEE!" the 25-year-old shared. The influencer added that she felt "sobrang honored and thrilled" to be part of the premiere night.

'Lord of the Rings' anime film gets April 2024 release date