Style Living Self Celebrity Geeky News and Views
In the Paper Shop Hello! Create with us
Photo courtesy of @bts_bighit on TwitterMarx Fidel

Who needs BTS? Probably, the Grammys, American Music Awards, and pretty much every award show in general. Does BTS need them? Not really.

Music fans might dismiss my take as something a “brainless fangirl” would say, but hear me out. As someone who religiously follows the Hallyu wave for over 10 years—BTS’ impact on the global music scene has been extraordinary. But sadly, BTS, K-pop, and K-dramas are merely seen as a quarantine trend and have been at the receiving end of derogatory remarks amid their world domination.

It’s hard to deny the power of BTS—especially with members like RM, Jin, Suga, J-Hope, Jimin, V, and Jungkook—since Spring Day era. Ask any outsider about BTS, they will probably name their hit songs in a snap.

Compared to the 2000s and 2010s, K-pop has become a worldwide phenomenon. And majority of the credit belongs to BTS. As much as I’m a fangirl, I’m not blind to how outsiders perceived the Hallyu wave in the past.

For starters, I was accused as someone who doesn’t love my own country and being a “lover of gay men” just because I’m a K-pop fan. I mean, really? But now, people have been asking me if I’ve heard of K-pop or BTS’ earlier music.

It’s an effect of BTS’ rippling impact on the global music scene. Their fanbase is rapidly increasing. Placing BTS on the headline or social media caption generates easy clicks. They have been a must-watch performer at the Billboard Music Awards, American Music Awards, and Grammys.

BTS has received accolades in the BBMAs and AMAs, yet they’re always a performer—and never an awardee in the Grammys. But what happens if they accept their invitation?

They generate analytics. They receive thousands of engagements on social media. Millions tune in to savor even an inch of the members. And this has also been the case with many K-pop groups today. 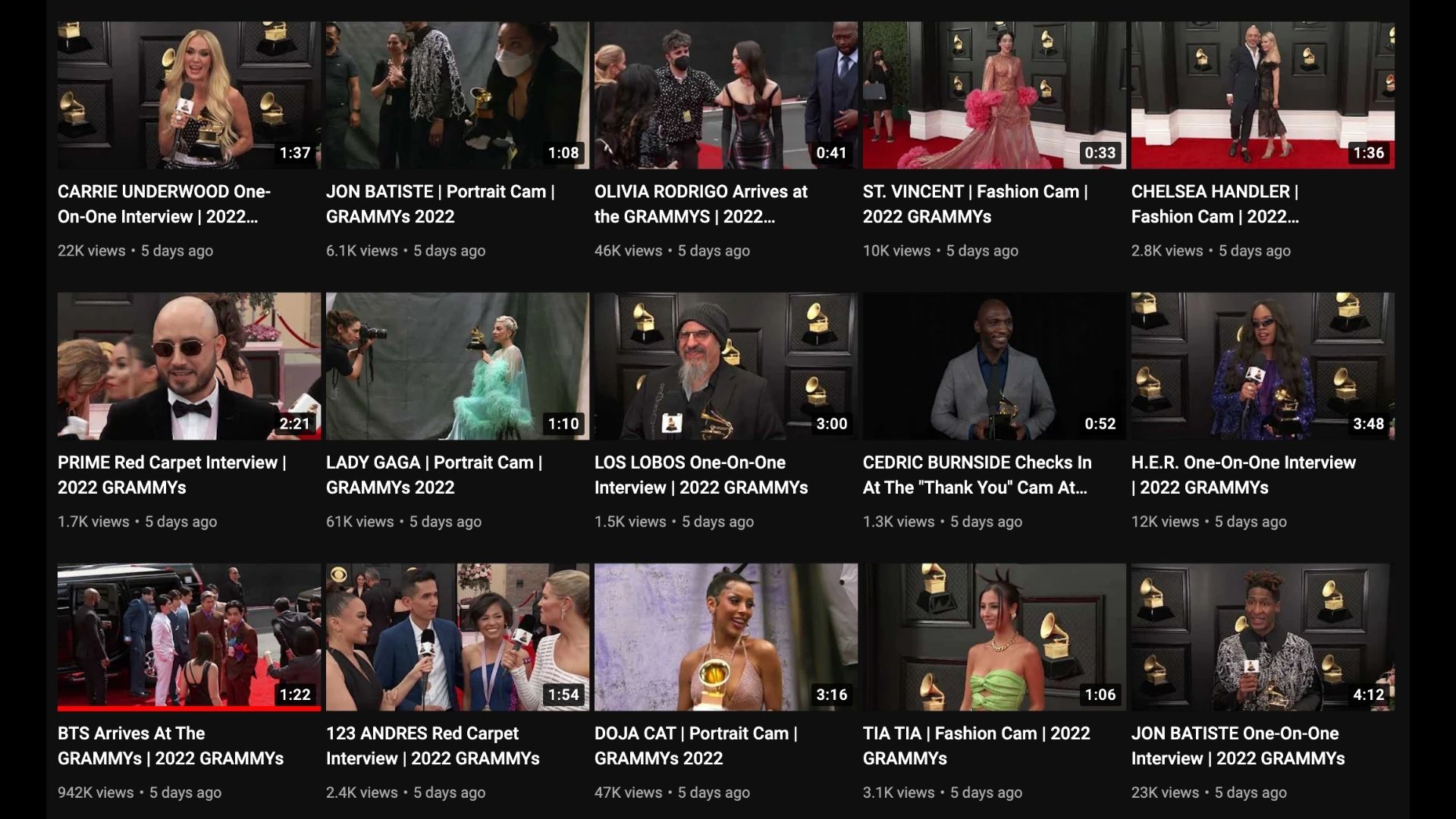 Take, for instance, the “BTS Arrives At The Grammys video” uploaded by The Recording Academy. It received over 900,000 views, as of this writing. Take a look at the number of views with their fellow nominees.

WOW 12.6 Million of you tuned in to watch the #GRAMMYPremiere Ceremony! 😳 ♥️ 🎶

Catch the rest of the #GRAMMYs live on @CBS

BTS achieved near-impossible milestones any artist would dream of

BTS is undeniably the biggest boy group in the world. From their home country to the world, they have received a ton of accomplishments throughout their career.

It’s hard to list them one by one, but here’s a glimpse of the many milestones that South Korean and international musicians would dream of receiving: 32.7 million albums sold on the Gaon Music Chart, the first Korean artist to receive a certification from the Recording Industry Association of America, nine American Music Awards, and nine MTV Video Music Awards, nine Billboard Music Awards, among others.

Not to mention they also hold 25 Guinness World Records, as of this writing.

Plus, who can imagine having collaborations with chart-topping giants like Ed Sheeran, Halsey, Steve Aoki, and Halsey? Even having Sheeran himself compose one of your feel-good pandemic bops? Who can forget their iconic performances at the United Nations General Assembly—along with their heartwarming speeches about self-love and mental health—and the Grand Central Terminal. Only BTS.

But if you were to ask about BTS’ wins and nominations at the Grammys? Two Best Pop Duo/Group Performance nominees for Butter and Dynamite. But hey, they’ve done ground-breaking stages, right? It’s not a relieving “consolation price” if you think about it.

Lack of integrity and racism

The Grammys, which is seen as the US’ major music awards, is no stranger to controversy. Especially when it comes to the topic of lack of transparency and racism towards non-white musicians.

Canadian singer-songwriter The Weekend called out the Grammys in November 2020 for being “corrupt.” The nominations for the 2021 edition of the ceremony had come out at that time, and his chart-topping song Blinding Lights and album After Hours didn’t receive recognition from The Recording Academy.

The Grammys remain corrupt. You owe me, my fans and the industry transparency...

Not to mention John Legend spoke about wanting the Grammys to “work for the artist community” in a June 2020 interview with Entertainment Weekly. In his words, it’s “almost impossible for a black artist to win Album of the Year” due to internal racism among its committee members.

“How many years do we have to see Beyoncé getting snubbed? Kanye has never won Album of the Year. It’s kind of insane, actually. But it’s just like any other voting process. You have the voters you have. And the one thing that the Grammys can do to change that is get an influx of a more diverse and younger voting base and phase certain voters out that aren’t making music still,” Legend was quoted as saying.

So, it’s no surprise that BTS still gets the short end of the stick as Asian artists. Yes, they’ve been invited to perform. They’ve also been getting the star treatment they rightfully deserve for their sacrifices. But is it worth it for BTS if the awards body—not just the Grammys—has a tainted reputation and is notorious for it? I don’t think so.

BTS has done more than any artist would dream of. Perhaps, their legacy arguably is close to legends like The Beatles or Michael Jackson. Call me delusional for saying so, but we can’t deny how much they’ve charted their own successful path for Asian artists—while inspiring them to do the same.

So, do American award shows really matter? Not as much.

This piece sounds like I’m discrediting the Grammys or Awards shows in general—but I have respect for all the artists who have received their recognition. They deserve their achievements, but I believe that awards do not define a successful artist.

Many artists like Queen, Bob Marley, Journey, Katy Perry, and ABBA changed a generation with their music. Yet they never received a Grammy in their careers. See what I mean?

‘Extraordinary Attorney Woo’ producer hints at a second season; aims to broadcast by 2024