Should music fans expect a collaboration between Starship Entertainment and Careless Music?

“WHAT IN THE MULTIVERSE IS THIS,” one netizen asked.

To add, another collaboration between Reid and GOT7’s BamBam was teased by a certain Mark Mariano of Aria Group International on his Instagram Stories on July 4. The post showed hands on top of each other as he tagged Reid, BamBam, and Korean singer Yoon Junwoo. 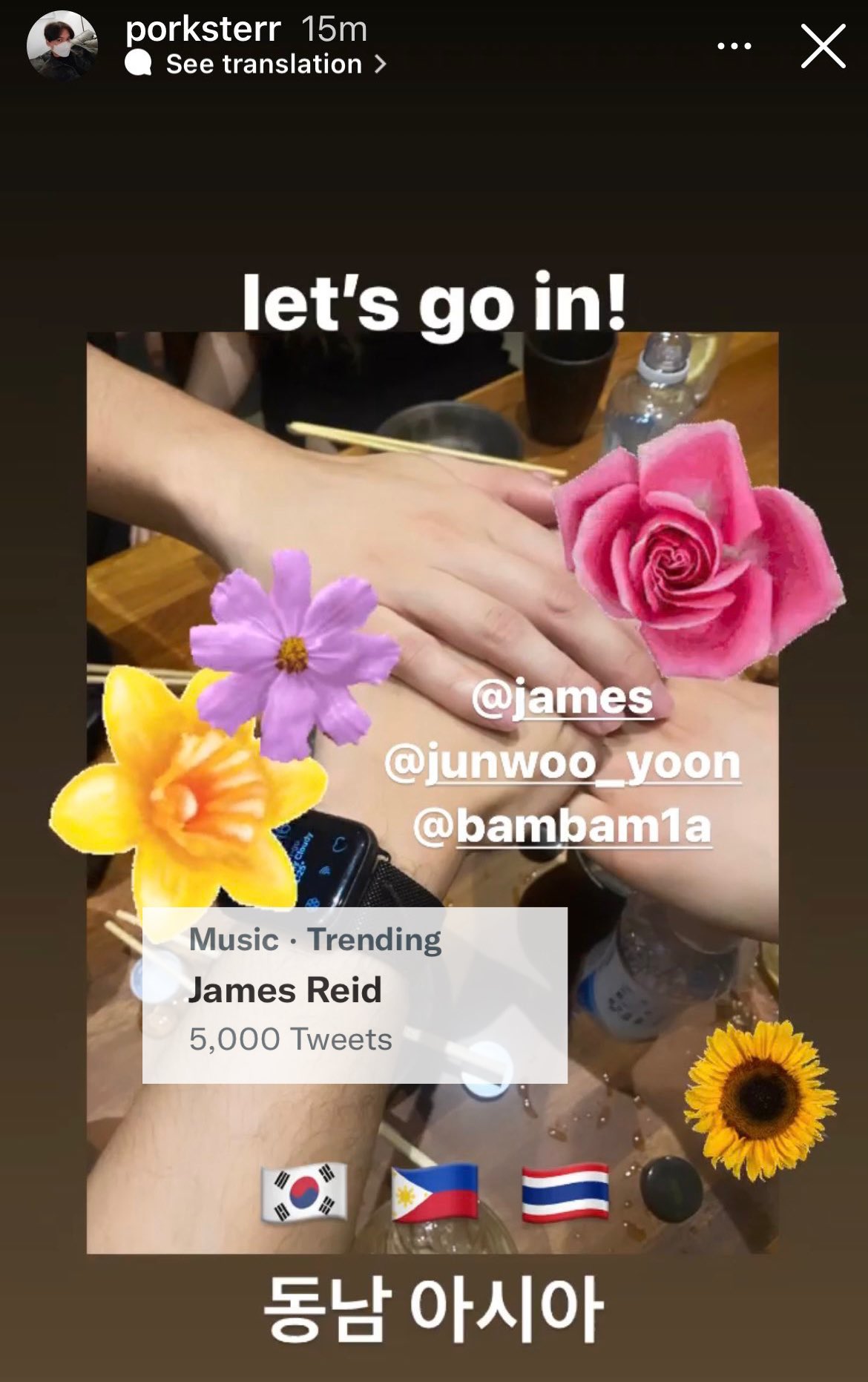 Aside from founding Careless Music, Reid is an artist under Transparent Arts. Soberano, meanwhile, has been part of Reid’s management team since June 1.

The biggest K-pop acts under Starship

Reid and Soberano’s snap has caught the attention of K-pop fans on social media since Starship is home to MONSTA X, Cosmic Girls (WJSN), IVE, Cravity, K.Will, and more.

Starship was also home to Boyfriend, Mad Clown, Junggigo, and now-disbanded girl group Sistar, among others. Take a look at some of the Korean music label’s most popular acts.

The six-member MONSTA X was formed through the Korean reality show No Mercy. The boy group’s current lineup includes the members, Shownu, Minkyuk, Kihyun, Hyungwon, Joohoney, and I.M., while former member Wonho left in October 2019. Some of their biggest hits include Someone’s Someone, Love Killa, and Middle of the Night.

Cosmic Girls, also known as WJSN, is a 13-member South Korean-Chinese girl group that debuted in February 2016. The members are composed of Seola, Xuanyi, Bona, Exy, Soobin, Luda, Dawon, Eunseo, Cheng Xiao, Meiqi, Yeoreum, Dayoung, and Yeonjung. The girl group has been enjoying a resurgence of popularity after winning in the competition series Queendom 2.

Chinese members Cheng Xiao, Meiqi, and Xuanyi have been inactive from the girl group since 2018.

One of K-pop’s rising stars, Cravity, is a boy group that made their debut in April 2020. The group is composed of nine members, namely, Serim, Allen, Jungmo, Woobin, Wonjin, Minhee, Hyeongjun, Taeyoung, and Seongmin.

Prior to their debut, Minhee, Hyeongjun, Wonjin, and Jungmo have become familiar names since they competed in the reality show Produce X 101 in 2019. Minhee and Hyeongjun made it to the final lineup, debuting in the project boy group X1 until their sudden disbandment in January 2020.

Meanwhile, the girl group IVE is dubbed as one of K-pop’s super rookies after debuting with the smash hit Eleven in December 2021. The group comprised of six members, namely, Yujin, Gaeul, Rei, Wonyoung, Liz, and Leeseo. They released their second single album, Love Dive, in April 2022 which also enjoyed domestic and international success.

Like labelmates Minhee and Hyeongjun, Yujin and Wonyoung participated and won the reality show Produce 48 in 2018. They debuted as members of the project girl group IZ*ONE in the same year and disbanded in April 2021.

Dubbed as the “Prince of OST” in South Korea, K.Will debuted as a soloist in 2017 and went on to release heartbreaking ballads like Please Don’t and I Hate Myself. His voice is a common penchant in K-drama soundtracks, including Love In The Moonlight, Descendants of the Sun, My Love From The Star, and Pinocchio, among others.