We can’t talk about the swimsuit preliminaries of the ongoing 2021 Miss Universe Philippines without first talking about where it was held.

Not just because it was the first time in local pageant history that the competition was held off the stage—any stage—let alone the finals stage.Also not only because the newly finished Clark International Airport is such a beautiful creation on its own, worthy of a crown among airports.

But also because—and perhaps most importantly—the space is so cavernous it added an extra challenge that not many, including the candidates or even the organizing committee, may have realized.

It called on the ladies to recalibrate the pasarela they’ve been practicing and trying to perfect since day zero to suit the location better, which is to say it required them to make sure they did not look so tiny against the grand backdrop.

Not that they had to go all Miss Grand International extra; just that they served movements, gestures, and looks that somehow showed they reckoned they weren’t performing on the usual pageant runway.

So who flew high in the competition mounted beside an actual airport runway? Here’s our High 10, in no particular order.

Her megawatt smile is enough to fill two Clark International airports. But she did not rely on it alone. She threw a kiss in the air towards the camera, served a Catriona-size full spin, and did a perfectly executed dramatic hair flip with her hand. Her long, fluid strides made her look taller than her 5’7” height and accentuated her curves. In the hands of a lesser candidate, it could have looked a bit too much, but in hers you actually wanted more. 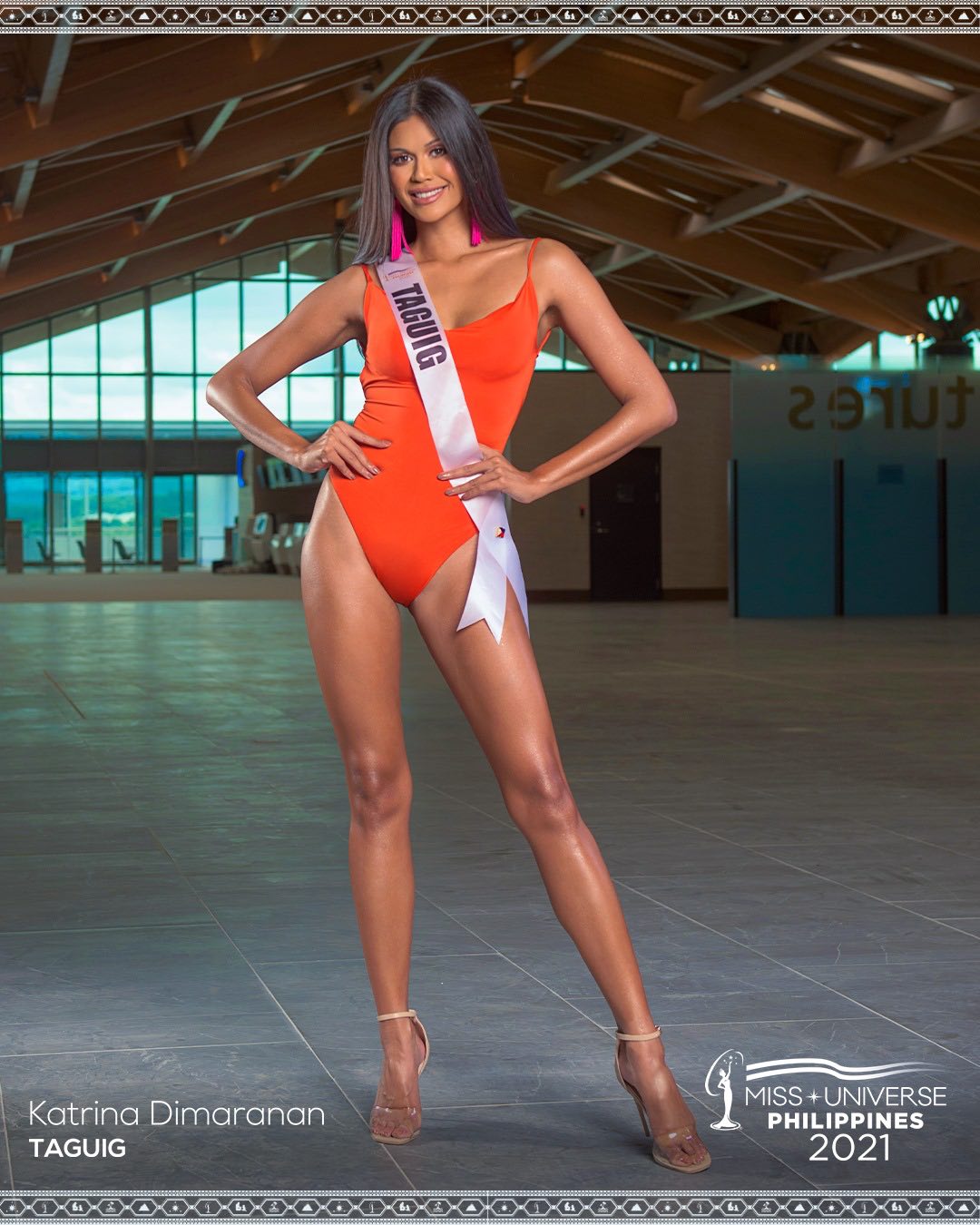 Stading at 5’9”, she is one of the tallest candidates this year. Naturally, hertowering figure served her very well especially as her pasarela has grown in fluidity and confidence by leaps since the Runway Challenge a few weeks ago. But what made her stand out more was the sizzling color pallete of her dusky, golden brown skin and red one-piece swimsuit. 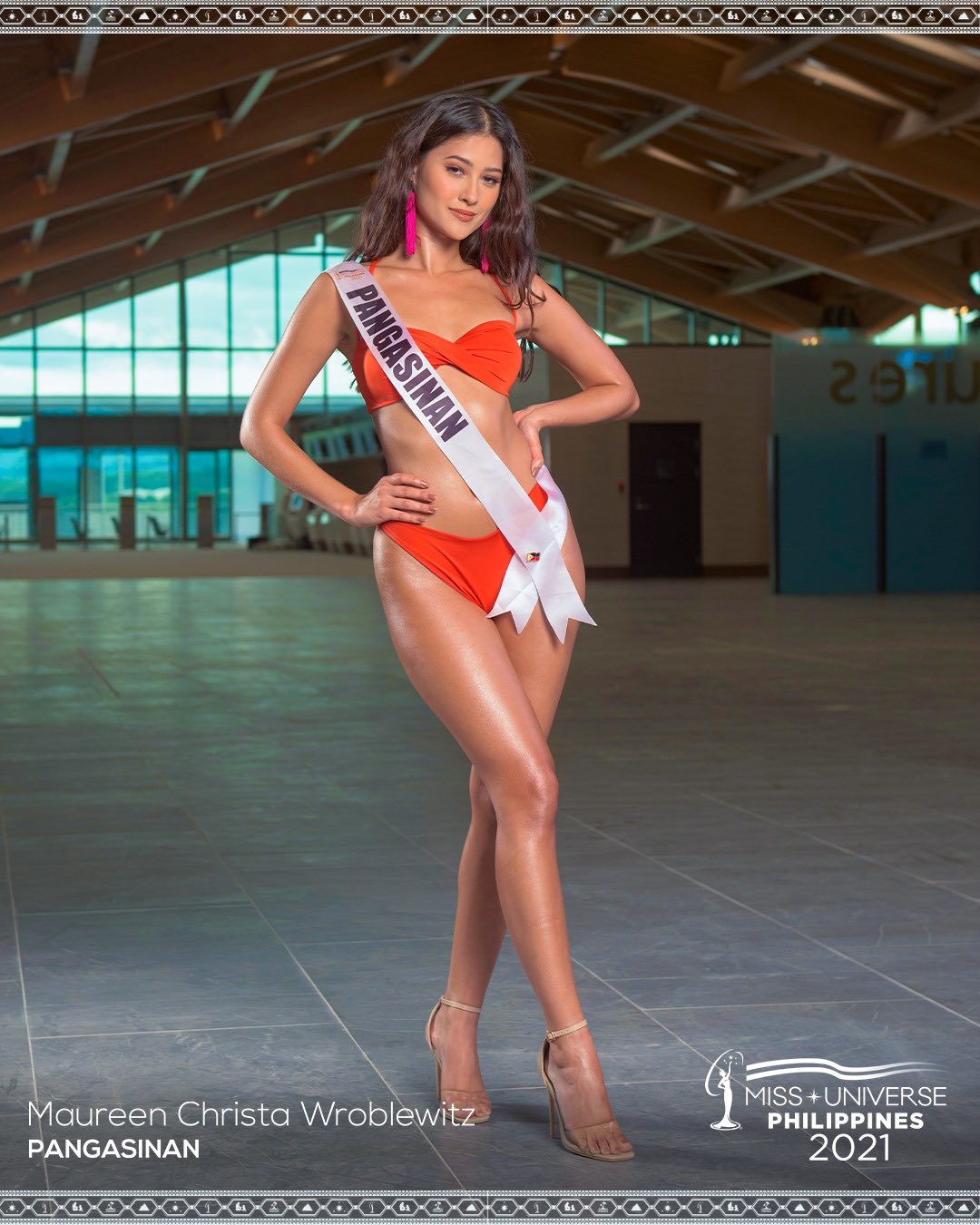 She has been commanding wide attention since Day One of the pageant largely because of the uniquely Eurasion features of her angelic face. The Swimsuit Prelims directed that gaze to the rest of her body as she slinked gracefully like a feline on the catwalk. The drama emanated mostly from her ample hips and it was perfectly pitched it looked and felt divine. 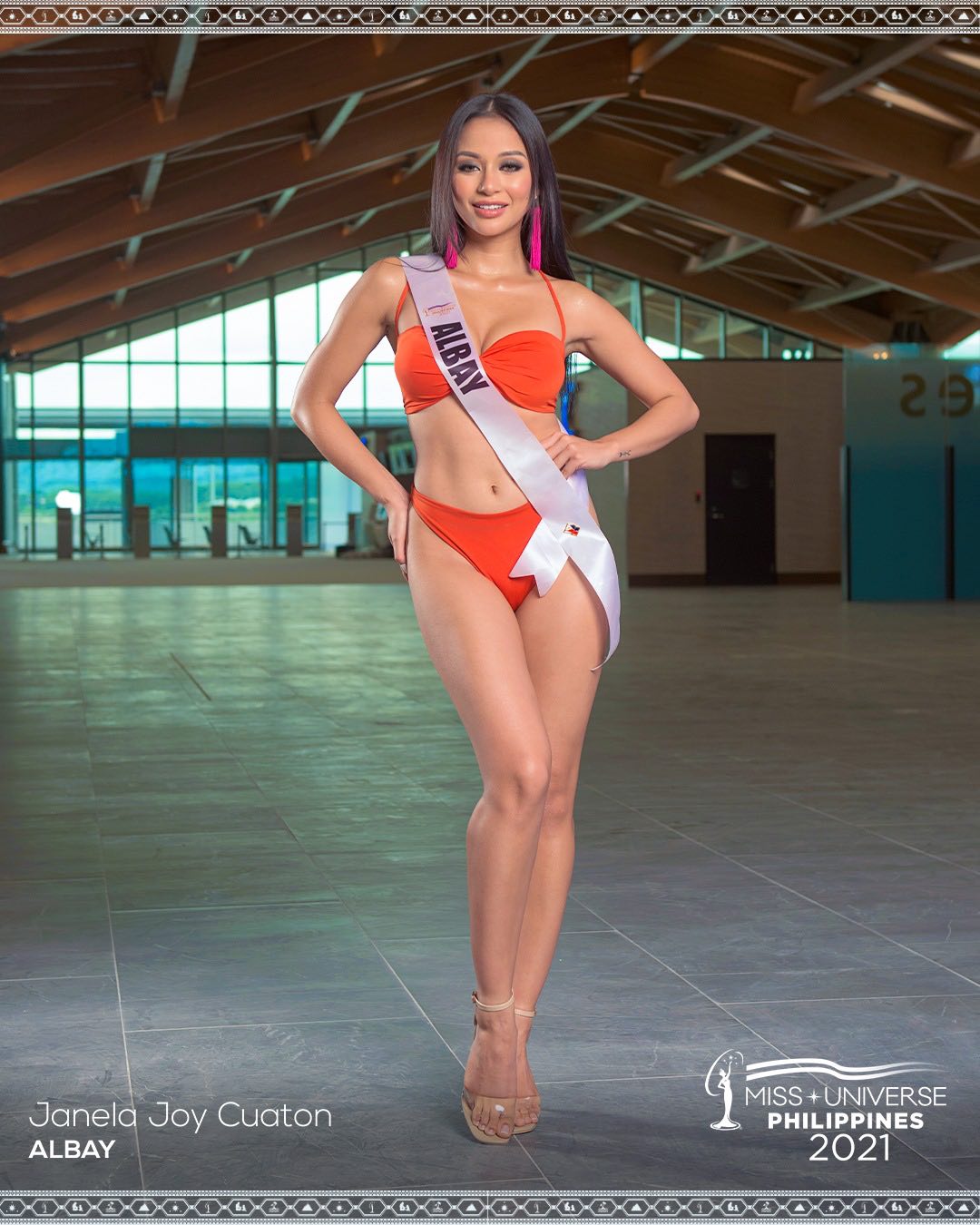 She made good on her name. There was joy in her performance beaming from herpearly smile. And there was more. There was full command of her body, with a stance that’s both firm and feminine at the same time. There was also natural sophistication, a bit of unforced sultriness, and quite a lot of the winning form of look-alike Miss International 2016 Kylie Versoza.

The winner of the Interview Challenge is a top contender for the unofficial title of Most Identifiable Pasarela. The arms sway a lot but the swaying synchs perfectly with the flow of the rest of the body she looks like a perfect walking vertical wave. And as waves go, she looks at once both fierce and dreamy. 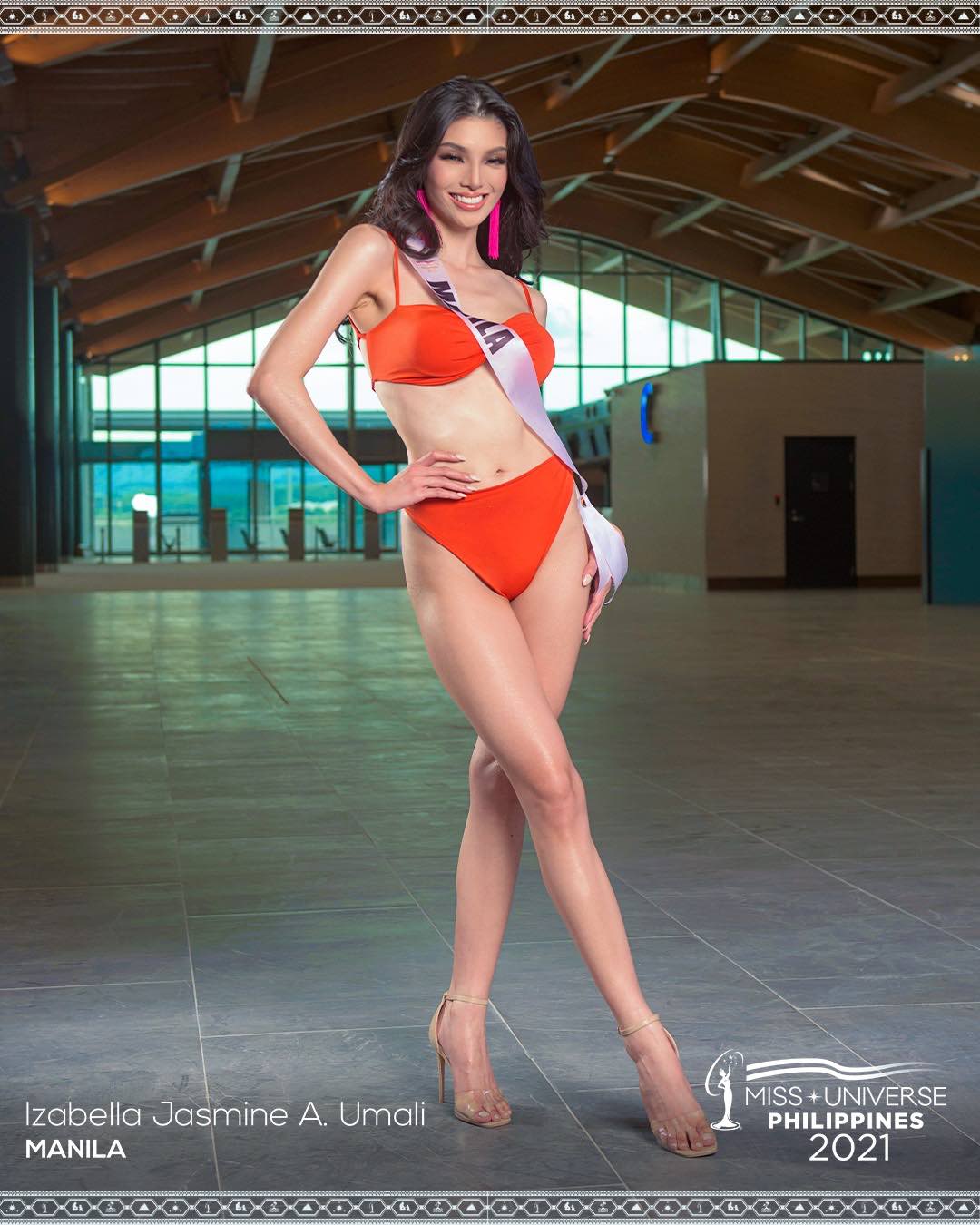 She may be the candidate in this batch for whom the terms “square-jawed” and“cheekbones and collar bones for days” were invented, but her swimsuit prelims performance was everything but jagged-edged. It was smooth as silk, with one of the best full turns of the competition. Best of all, she served a wide range of facials that shifted seamlessly with the kind of deft touch one would expect from the child of two pageant winners, even though this is her first pageant foe herself. 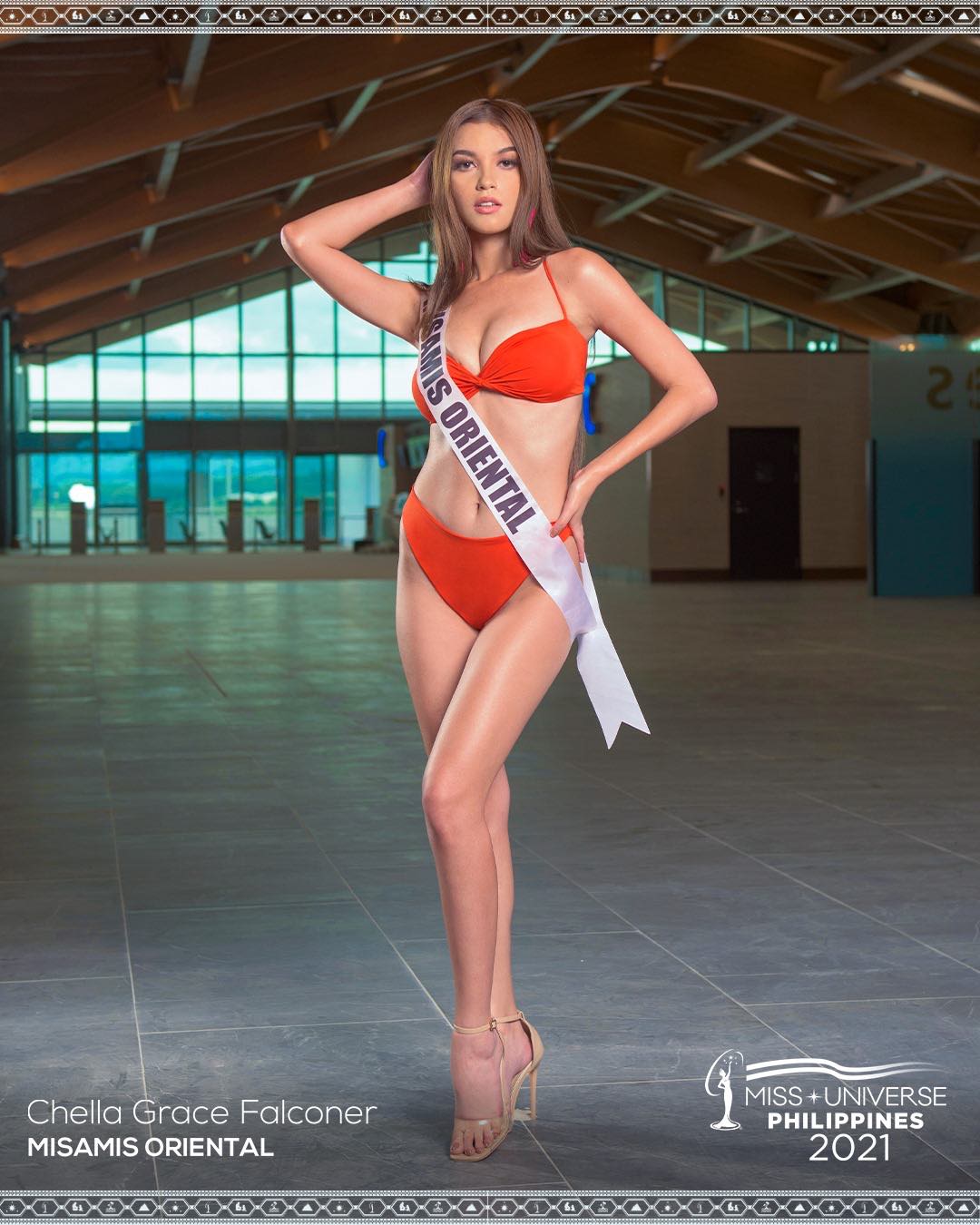 There was perhaps a bit more bombshell sultriness in her performance than what the local pageant stage is used to seeing, but that’s exactly why it stood out. And not because of the oozing sexiness—that midway pose with her head ever so slightly bowed and her behind thrust to the front and tilted just ever so slightly upwards is coquettish to a T—but because it looks so effortless like second skin on this 19-year-old Filipina-American-German. 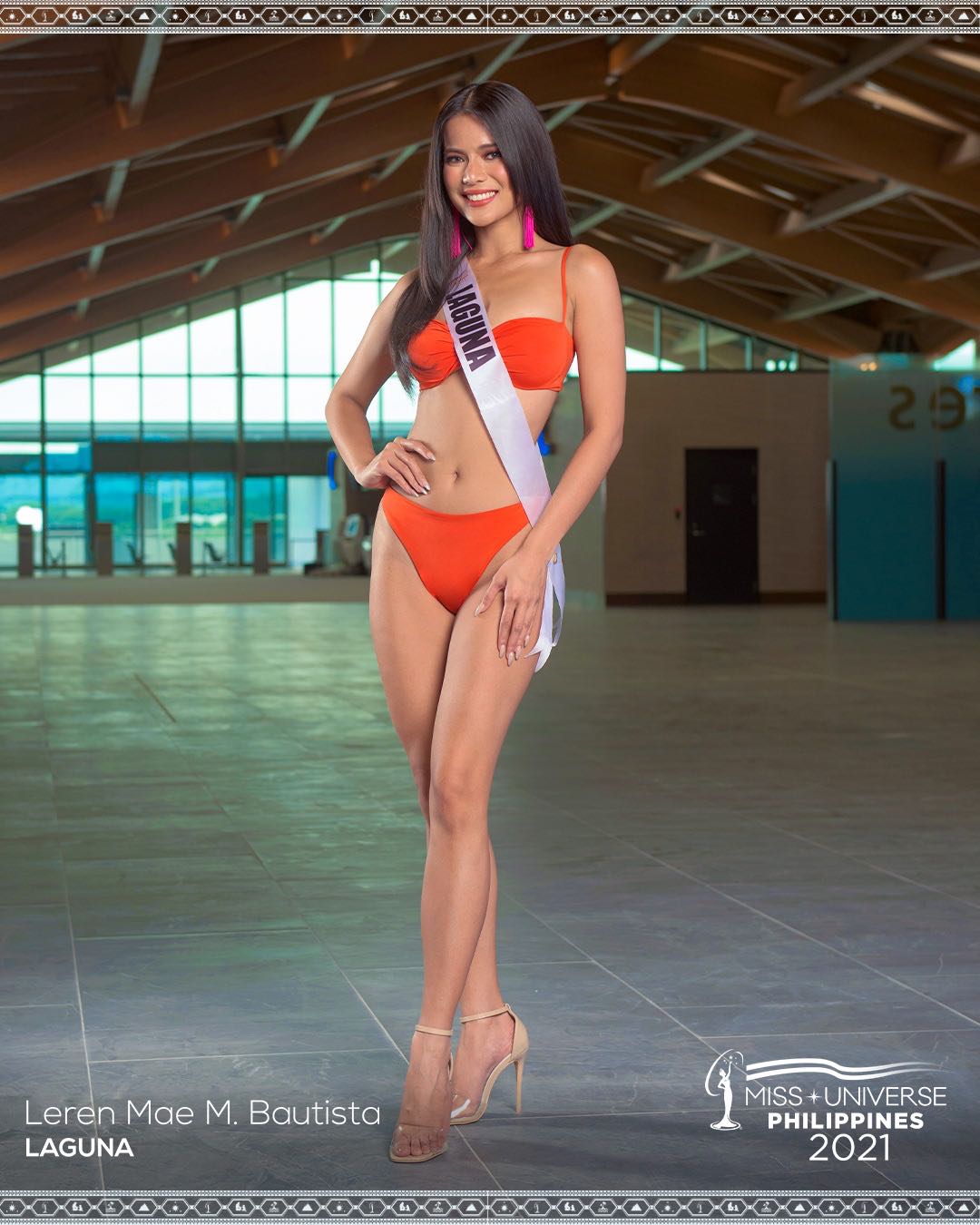 One of the least showy performances, this was marked by a level of elegance, sophistication, and control that can only be borne from many previous pageant experiences. It was low-key and subtle, but her command of her body and facials were udneniably spectacular. 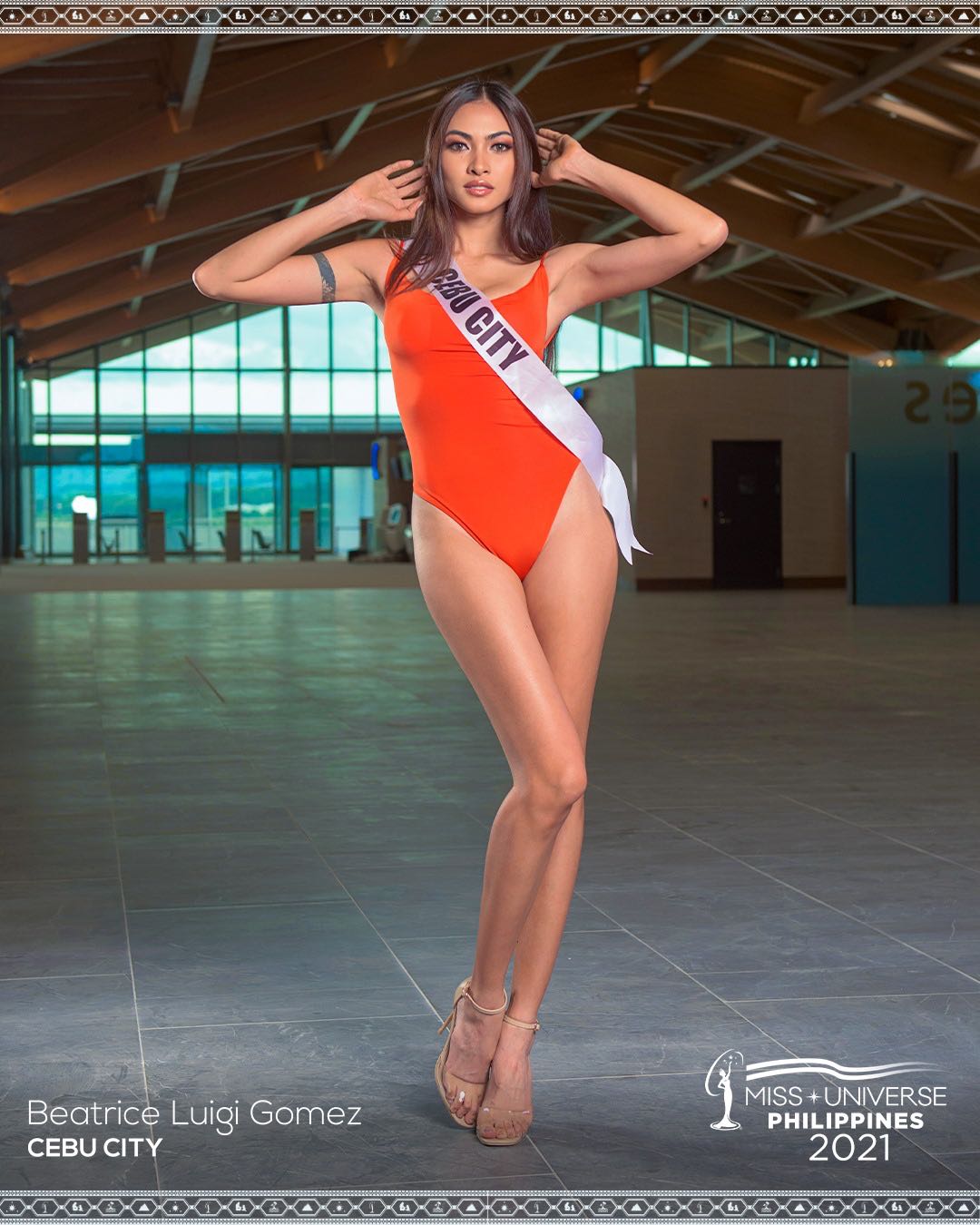 This performance would win for its sustained infectious energy alone, from the time she stepped into the spotlight until the final pose. But there was also the robustly executed spin, the sharp walk (by those oh so firm, chiseled legs), and the sturdy command of facials and arms. It’s a winner in precision, too, which isn’t surprising coming from this navy marine reservist and sports enthusiast. 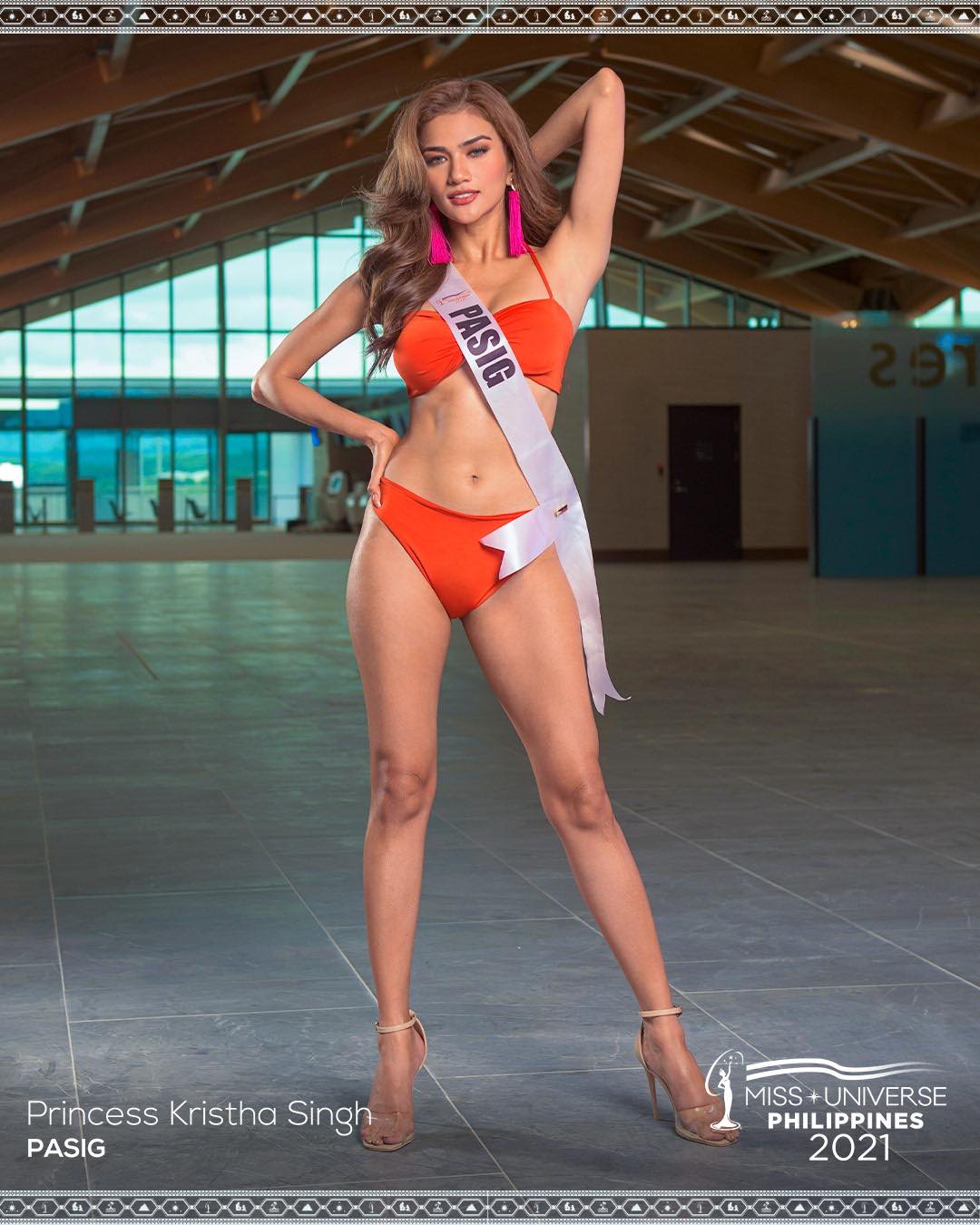 This was probably as precise as performances in the swimsuit prelimsgot this year. From the stride and the arm movements to the facials and the poses, nothing was overbaked or undercooked. Even her body has the right proportions. A real threat to do better than her name and emerge as the last waman standing, the queen.

Miss Universe Philippines 2021 coronation night will be on Thursday, Sept. 30, in Bohol.