Remember the 1999 Miss Universe pageant where Philippine candidate Miriam Quiambao dominated the competition from the get-go and practically had the crown booby-trapped on her head until the final question round?

Here’s a refresher. The question was, “If Miss Universe would become pregnant during her reign, should she be allowed to continue as Miss Universe?”

It was a direct reference to one of the biggest controversies of that year’s pageant: the sudden pullout of Miss Guam from the competition when she was found to be pregnant after falling ill. Back then pageants including Miss Universe were still relatively conservative and generally stayed away from controversial issues onscreen during the actual shows. The “pregnant” question caught many people by surprise.

10s across the board: Our 10 favorites at the 69th Miss Universe competition

One of them was Miriam. “That's a very difficult situation to be in,” she started her answer. She sounded tentative and seemed that she was struggling to gather her thoughts and pin down a position on the matter. “I believe that Miss Universe, if she ever gets pregnant, I believe she should continue her reign if she's been a good role model to be a Miss Universe, if she has pursued all the goals she had in the first place, and I think she should continue.”

The answer was fine in a perfectly diplomatic sense. But it lacked punch in wording and delivery (she hemmed and hawed and did not sound totally sure of her stand) and felt rather anticlimactic considering how extremely well she had done in all the previous rounds of competition that she looked like a lock for the title.

The competition’s defining moment came, rather unexpectedly, a minute or two later when the third and last finalist, Mpule Kwelagobe of Botswana, gave her reply. “Personally, I think Miss Universe is a symbol of a woman as well, she is celebrating her femininity,” she said serenely but firmly without batting a falsie-thickened eyelash. It elicited cheers from the crowd, which she acknowleged with a smile and a “Thank you” before continuing her answer.

“And I believe that, if she should fall pregnant, it will not in any way interrupt her duties. But, as a woman she should celebrate her femininity."

The live audience burst into thunderous applause, a fitting end to a moment that became an instant classic in pageantry, not only for its explicitly feministic expression but also for its conciseness and beautifully confident delivery.

A few minutes later, the Batswana beauty was crowned queen of the universe.

It was in many ways a repeat of the finale of the 1994 edition of the pageant, which was held in Manila, where India’s Sushmita Sen delivered a similarly impactful final answer that won the world’s awe and the Miss Universe crown. (The question: What for you is the essence of being a woman? Her reply: “Just being a woman is a gift of God that all of us must appreciate. The origin of a child is a mother, who is a woman. She shows a man what caring, sharing and loving is all about. That’s the essence of being a woman.”)

There have been more classic final answers in the two decades since Mpule’s winning moment. Among them, Pia Wurtzbach’s “confidently beautiful with a heart”-powered statement stands as the most memorable and quotable.

Winning answers aren’t necessarily the same as the answers of the winning candidates, although many are. Winning answers are excellently structured pieces with a strong beginning, middle and end. They’re like hearty full-course meals: they open with a tasty appetizer then move on to a scrumptious main course and finish off with a succulent dessert. And they are moments where candidate, content, and delivery mesh so perfectly they provide the emotional climax to the competition.

Not all pageants have winning answers. This is especially true for lesser pageants that don’t put as much premium on the brains part as they do for the beauty part of beauty and brains. There are also some winning answers that have not been rewarded with the crown. A prime example was the 2012 Miss Universe competition where the Philippines’ Janine Tugonon gave a momentous answer that drew the most enthusiastic response from the live audience.

To wit, she was asked, "As an international ambassador, do you think that speaking English should be a prerequisite for Miss Universe? Why or why not?" Her gorgeously instantaneous and stunningly confident reply: "For me Miss Universe is not about being able to speak a particular language, it's about being able to influence and inspire other people. No matter what language you have, as long as you have the heart you can inspire other people."

To many viewers’ surprise, even shock, Janine had to settle for the first runner-up position. To this day she is considered by pageant fans in the Philippines and around the world to be one of the best Miss Universe that never officially was.

‘Are you a virgin?’ and other memorable pageant questions (and answers)

Which is to say, not all winning answers win the title but all of them win the world, the universe rather.

Will this year’s competition give birth to a new winning answer? If it does, will it be the one given by the winning candidate? Will that be the Philippine represntative, 24-year-old Ilongga teacher Rabiya Mateo?

We’ll all find out on Monday morning, May 17, when the Grand Finals is staged live in Florida, USA. In the meantime, here’s a look back at all the winners’ answers since 2010. 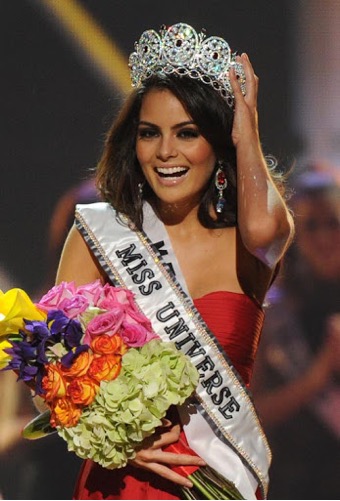 QUESTION: In your opinion, what effect is unsupervised internet usage having on today’s youth?

ANSWER: Well, I do believe that the internet is an indispensable, necessary tool for the present time. And we must be very careful and watch over what our children watch and see, our teenagers watch and see, and we must be sure to teach the values we learn as a family. So that they may use internet properly. Thank you. 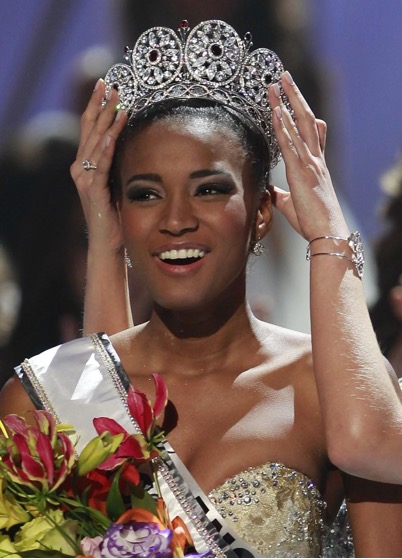 QUESTION: If you could change one of your physical characteristics, which one would it be and why?

ANSWER: Thank God I’m very well satisfied with the way that God created me and I wouldn’t change a thing. I consider myself a woman endowed with inner beauty. I have my principles, I have acquired many wonderful principles from my family and I plan to follow these through the rest of my life and now I want to give all of you a piece of advice: Respect one another. 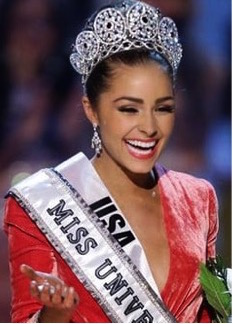 QUESTION: What is something that you have done that you will never do again?

ANSWER: First I’d like to start off by saying that every experience, no matter what it is, good or bad, you’ll learn from it. That’s just life, but something I’ve done that I’ve probably regretted would be picking on my siblings growing up because you appreciate them so much more when you’re older, you get closer with your family. Everybody fights with their siblings, right?! But I don’t regret it. 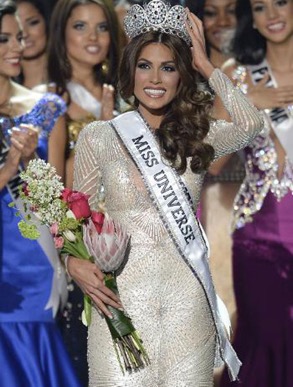 QUESTION: What is your biggest fear and how do you plan to overcome it?

ANSWER: We should overcome all our fears and this, in turn, would make us stronger. As soon as we overcome our fears, we can face any challenge. 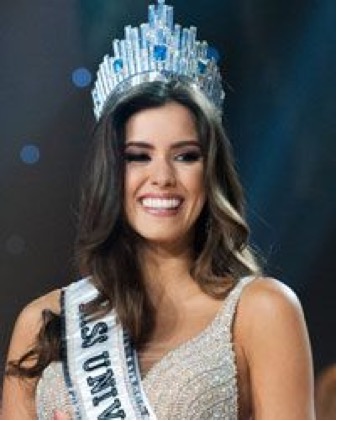 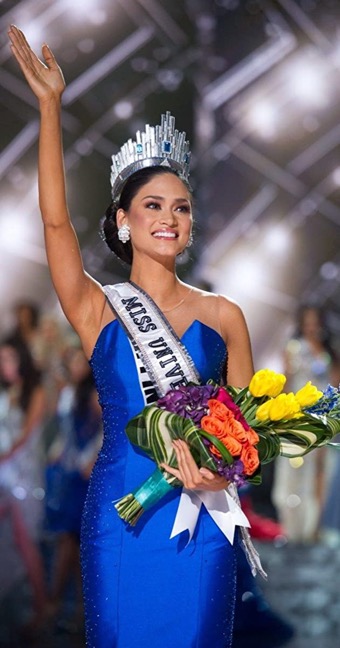 QUESTION: Why should you be the next Miss Universe?"

ANSWER: To be a Miss Universe is both an honor and responsibility. If I were to be Miss Universe, I will use my voice to influence the youth and I would raise awareness to certain causes like HIV awareness that is timely and relevant to my country, which is the Philippines. I want to show the world, the universe rather, that I am confidently beautiful with a heart. Thank you." 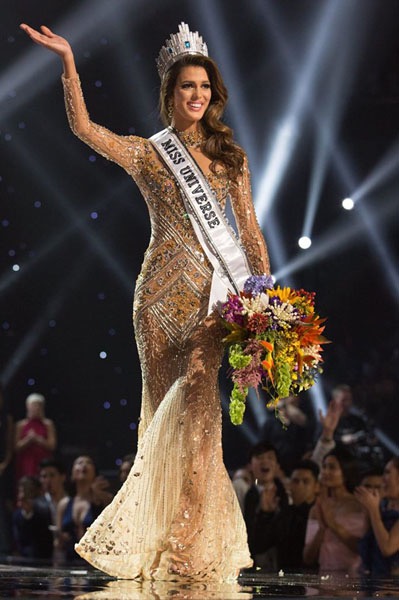 QUESTION: Name something in your life that you failed at, and tell us what you learned from that experience.

ANSWER: I failed several times in my life, so I thought that I failed the first time that I went out on casting because my name wasn't on the list. And the very next day, I found that I was [booked]. I think that when you fail, you have to be elevated, and you have to try again and keep going. If tonight, I am not the winner, I will still have the great honor of being one of the three finalists. So I think I may have failed before, but for me this is a great first opportunity. 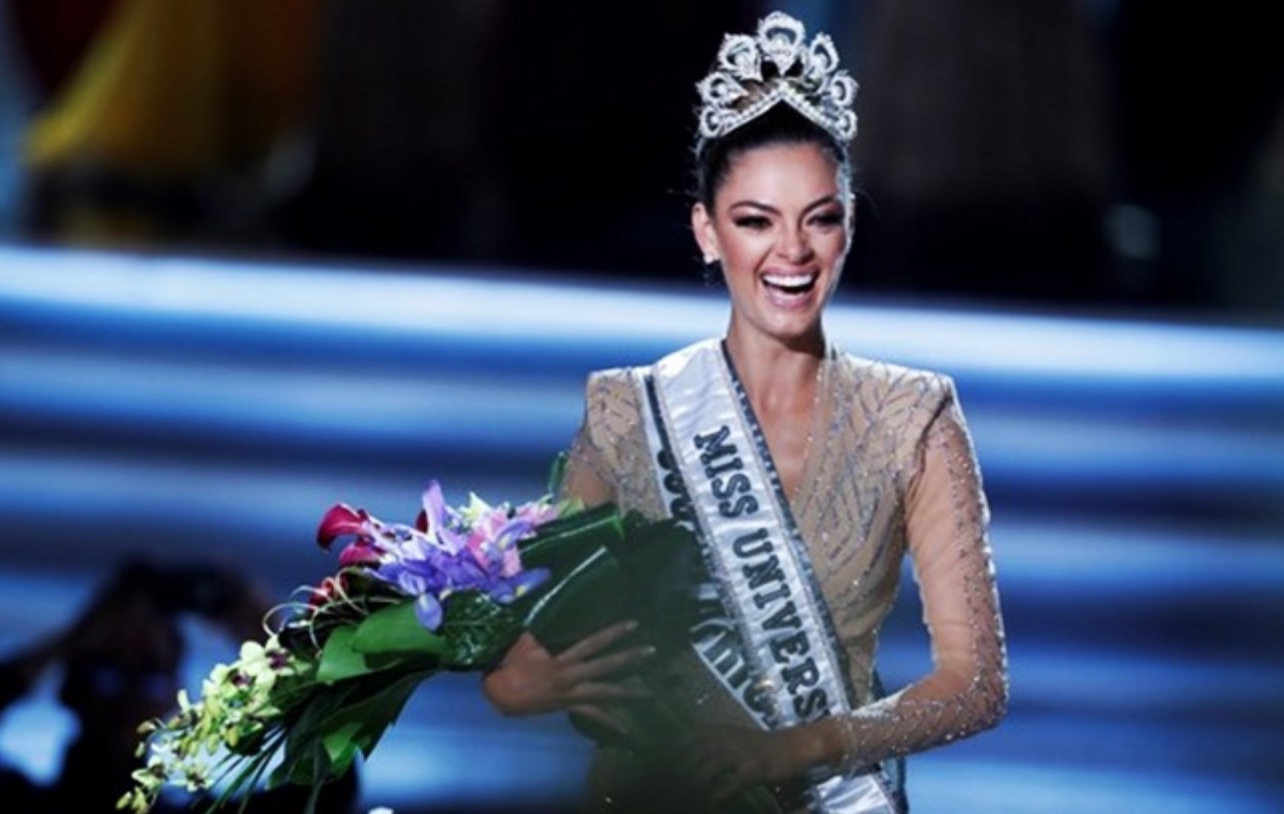 QUESTION: What quality in yourself are you most proud of and how will you apply that quality to your time as Miss Universe?

ANSWER: As Miss Universe you have to be confident in who you are as an individual. A Miss Universe is a woman [who] has overcome many fears, and, by that, she is able to help other women overcome their fears. She is a woman that nothing is ever too much to ask for, and I think that is exactly who I am. 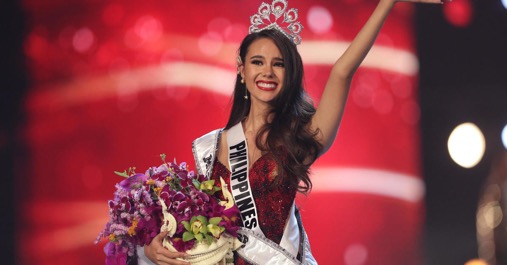 QUESTION: What is the most important lesson you’ve learned in your life, and how would you apply it to your time as Miss Universe?

ANSWER: I worked a lot in the slums of Tondo, Manila. And the life there…it’s poor, and it’s very sad. And I’ve always taught myself to look for the beauty in it. To look for the beauty in the faces of the children, and to be grateful. And I would bring this aspect as a Miss Universe to see situations with a silver lining, and to assess where I could give something, where I could provide something, as a spokesperson. And if I could teach also people to be grateful, we could have an amazing world where negativity could not grow and foster, and children would have a smile on their faces." 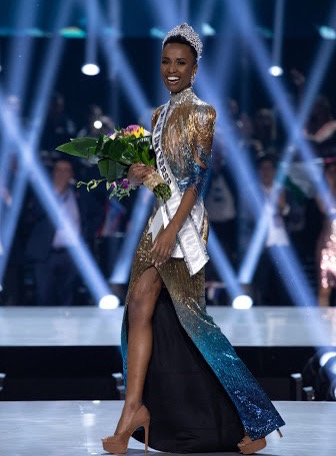 QUESTION: What is the most important thing we should teach young girls today?

ANSWER: I think the most important thing we should be teaching young girls today is leadership. It’s something that has been lacking in young girls and women for a very long time, not because we don’t want to but because of what society has labeled women to be. I think we are the most powerful beings in the world and that we should be given every opportunity and that is what we should be teaching these young girls, to take up space. Nothing is as important as taking up space in society and cementing yourself, thank you.