Summer is usually the season to bring out the white shirt.

In crisp, starched cotton or linen, it always looks neat, smart and dressed even if the temperature rises to levels that test one’s cool factor or poise. Chona Kasten always wore it well, paired with a mini, setting off a glorious tan after a holiday on “The Island,” a private getaway of a dear friend that would be one of her favorite spots to recharge before heading back to work in the city. It would take her from work to cocktails with minimal gold jewelry and just the right accessories.

With sustainability as the persistent overture of the fashion industry, the style staple is actually seasonless — one of the stars that has reappeared in the recent runway shows for FW2022. Paired with jeans, another classic, designers found many ways to make the quotidian something a little more desirable with the promise that it will last for many spin cycles to come. 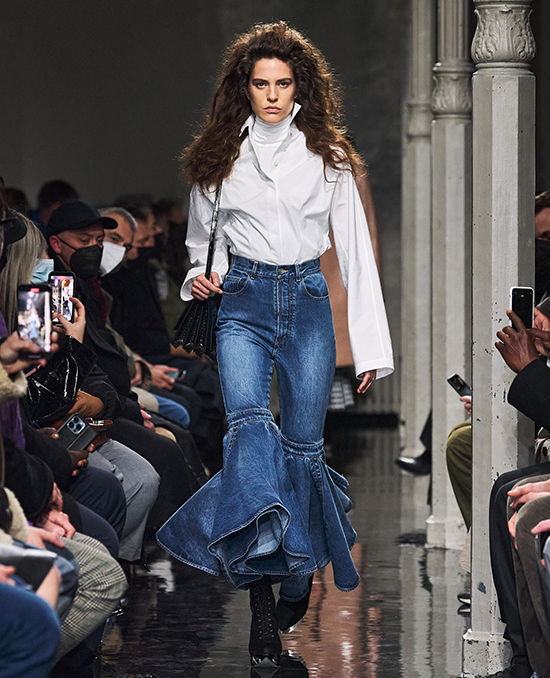 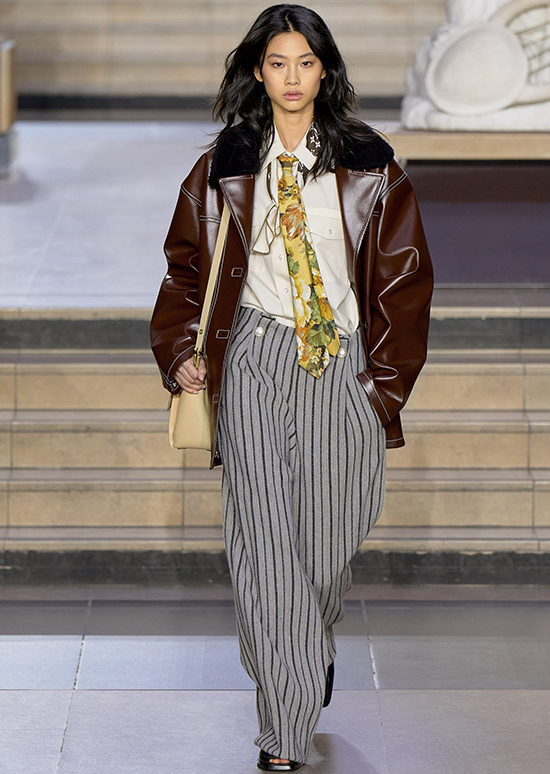 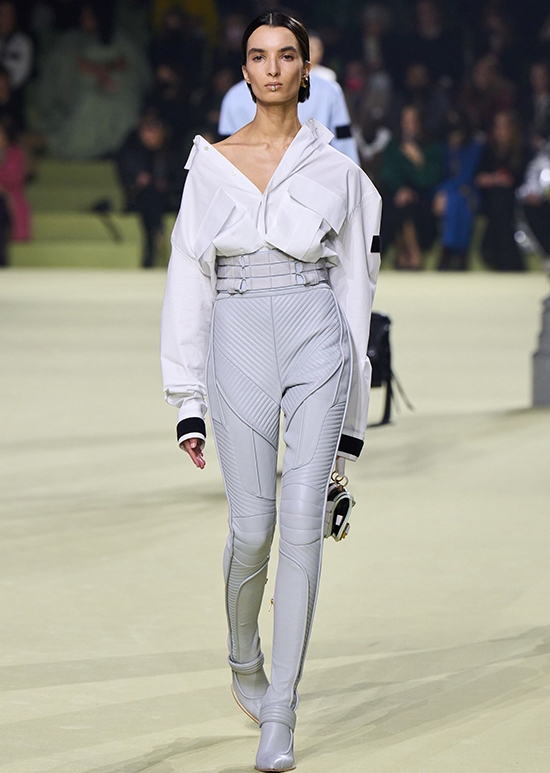 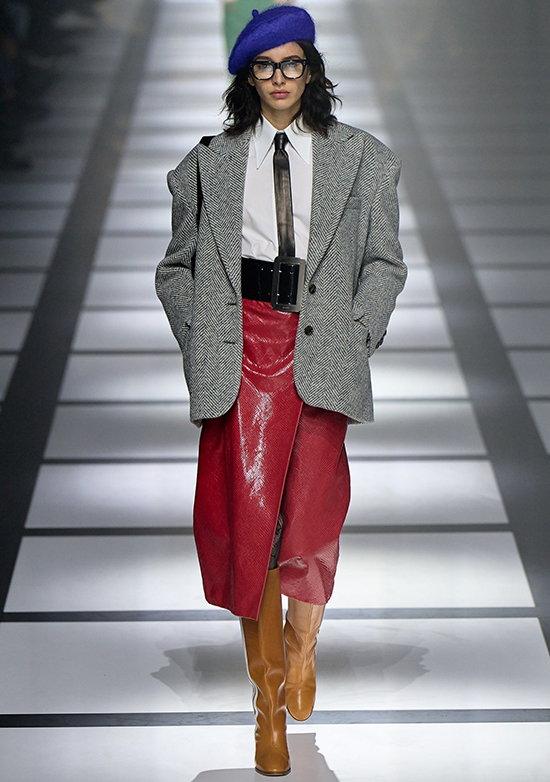 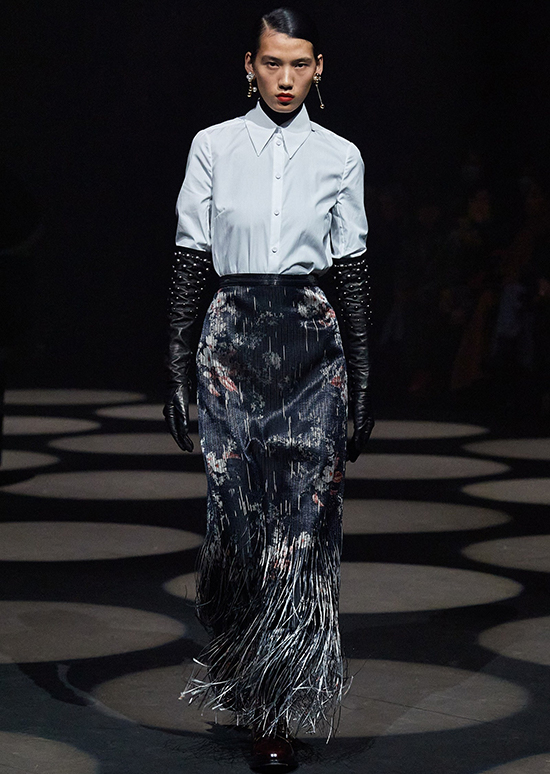 The white shirt has actually been with us for some time, taking center stage not just in fashion but also in film and cultural history. The harmless-looking garment even has an unexpectedly dark past. Its first appearance in women’s fashion was in 1783, as a ruffled robe de gaulle worn by Marie Antoinette for a portrait by Madame Vigée-Lebrun. The portrait was a scandal on many levels: First of all, the translucent blouse was essentially underwear only to be used in one’s boudoir or underneath one’s clothing and secondly, it was made of cotton, an inexpensive fabric choice compared to more luxurious silks that would befit a queen. She also did not wear jewelry, something other queens would normally flaunt.

The boldness of wearing the undergarment increased hatred for the queen, although it propelled fashion forward with the simplicity of the style and material becoming the custom.

What appeared as the beginnings of fashion for a modern woman — how she wanted to be liberal, private and individual — was seen as insolence, undermining the notions of status and the ideology that maintained her power and unbecoming of a member of monarchy who is expected to act as a symbol of the state. The boldness of wearing the undergarment increased hatred for the queen, although it propelled fashion forward with the simplicity of the style and material becoming the custom in France and abroad and even had a great influence in the transition to the neoclassical styles of the late 1790s.

Its popularity made such an impact that cotton became a thriving business. One can say, therefore, that the white top not only helped spark a revolution but even contributed to the growth of the institution of slavery which propelled the cotton industry. Although Marie Antoinette’s fashion choice would have a considerable impact on manufacturing in the following century, the white shirt as we know it today was actually generally worn by men until the 20th century, associated as a status symbol of the wealthy gentleman who did not engage in manual labor and could afford to have his whites laundered frequently to keep them spotless.

Change came in the 1920s when Coco Chanel blurred gender and class boundaries with her relaxed and modern spin on womenswear — replacing skirts with trousers and corsets with her boyfriend’s shirts. By the 1940s stars like Marlene Dietrich, Katharine Hepburn, Lauren Bacall and Ava Gardner would give it the big screen glamour in films like Holiday and Key Largo. In the 1950s, Audrey Hepburn immortalized the white shirt with rolled sleeves and popped collar in Roman Holiday. Although basically still men’s attire, it became feminine by nipping it at the waist with a belt, tucked into a skirt or accessorized with a scarf, while leaving it unbuttoned at the top.

Its androgynous iteration would come in the 1970s as Patti Smith wore it with an undone skinny black tie for the 1975 album cover photo of “Horses,” photographed by Robert Mapplethorpe; and Diane Keaton layered it with a waistcoat and tie in the 1977 Oscar winner Annie Hall. In the 1980s, Kim Bassinger wore it oversized in 9-1/2 Weeks while in the 1990s Julia Roberts wore it over a dress in Pretty Woman and Uma Thurman kept it buttoned up with black trousers in Pulp Fiction. By 2005, Angelina Jolie would wear it with nothing underneath in Mr. & Mrs. Smith, catching the attention of future husband Brad Pitt who was still married to Jennifer Aniston then.

The ’90s and ’00s were actually the golden years of the white shirt with the popularity of minimalist fashion houses like Calvin Klein, DKNY, Helmut Lang and Jil Sander. The same aesthetic would inform Phoebe Philo’s versions at Celine from 2008 to 2018. Princess Diana would be an icon for the garment wearing it with jeans, a look that her son Harry’s wife, Meghan Markle, would channel often as the Duchess of Sussex.

With this period being mined by Gen-Z today, it’s no wonder that Zendaya, at the recent Oscars, paid tribute to Sharon Stone’s white Gap shirt outfit from Oscars 1998 but shortened it to a bare midriff top by Valentino. At the same event, Uma Thurman referenced her former role in the Tarantino film but this time in an updated version by Bottega Veneta.

In an event known for over-the-top silhouettes, color and glitter, the white shirt stood out in all its pristine simplicity, just as it did in the recent FW2022 shows – paired with ruffled, flared jeans at Alaïa, sexier with decolletage at Balmain and preppy collegiate at Gucci and Louis Vuitton. The white shirt will indeed endure, even if the golden tans will come and go, for many holidays to come.