Style Living Self Celebrity Geeky News and Views
In the Paper Shop Hello! Create with us
@valentinaploy on Instagram

Ah, yearning. While it's something we feel the most for lovers—like longing for someone who'll stay up late to talk about everything in the universe—Valentina Ploy has made us yearn for other people near and dear to our hearts with her music: our friends.

The Thai-Italian singer-songwriter held her first-ever showcase in the Philippines, titled Heartbreak Club, on Sept. 14, gathering her Pinoy fans for a cozy night of coffee and music. During her trip to the country, she enjoyed eating sisig and looks forward to visiting beaches in Palawan and Cebu.

But what Valentina was most excited about was getting to sing for a live crowd. "Please feel free to shout with me!" she said, beaming before she began her set.

Valentina first serenaded the crowd with Bla Bli Blu, a tune about an invented phrase she made up to say "I love you" in a unique way. And as she said, the secret expression isn't just for romantic partners, "You can say 'Bla Bli Blu' to your friends and family as well." 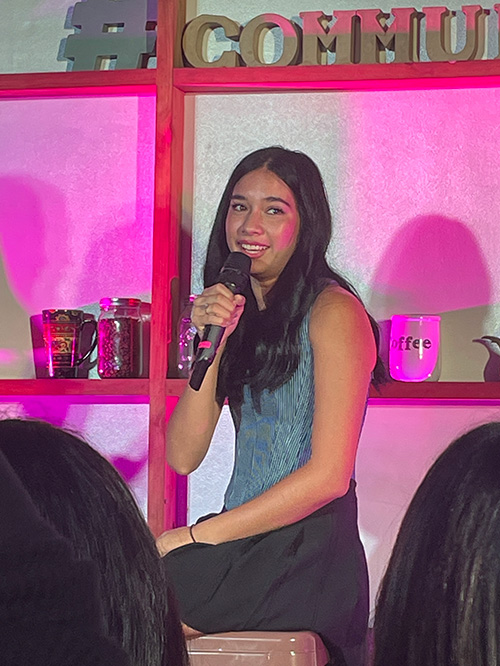 On a bluer note, the singer-songwriter also sang Camera Roll and Berlin, two tracks about heartbreak and going through rough patches in a relationship.

"When you're in a relationship, you argue, then you fine and you break up and you're back together. People tend to build a lot of walls around themselves because of fears and insecurities," she said about Berlin.

Valentina Ploy brings an uplifting tune to her lyrically sad single ‘Berlin’: 'I meant for it to feel happy and upbeat'

On the other hand, Camera Roll was about keeping memories of an ex—something many can relate to.

In a sea of love songs dedicated to lovers, Valentina is singing her new song to her friends. The Thai-Italian singer has been working on a little number with fellow Thai artist Phum Viphurit about yearning to be with her besties. 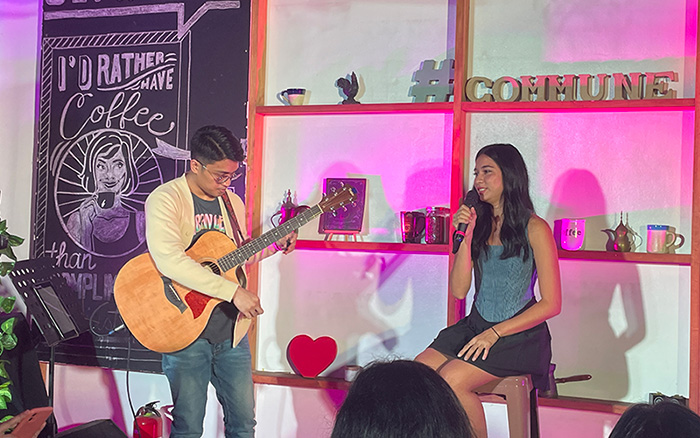 "I wrote this song for my friends because I really miss my friends that are living in Italy," Valentina said.

The 28-year-old began dabbling in music at the age of seven, growing up in Italy until she moved to Thailand in 2017.

"I miss my friends, how we were making plans,
And all the conversations about useless kind of things that make no sense
I miss my friends, the nights that never end.
Oh, I need someone to bring me ice cream when I cry in bed."

Her upcoming track with Phum, I Miss My Friends, is coming out on November 11.

The friend breakups that made me who I am

Single man advertises himself on a billboard to get a date